Before there was Patagonia or The North Face, Eddie Bauer reigned supreme. The outdoor brand started back in 1920, in Seattle, Washington, by the titular Mr. Bauer himself with a specific wrinkle. See, about half the year was spent running the actual shop, and the other half was spent outdoors developing, testing, and refining the very same gear and clothes he’d sell in his shop, which is how the Skyliner Jacket was born.

Legend has it Bauer was out in the Washington woods and developed a nasty case of hypothermia on a fishing trip. Understandably, after the trip, he looked to find a clothing solution that would let him fish in peace (no matter the weather) without also actively putting himself in danger. Out of this whole (terrifying!) ordeal came the first US-patented down jacket, the aforementioned Skyliner. Now, 100 years after that fateful fishing trip, the Skyliner is back and better than ever.

That Centennial anniversary (available exclusively at Huckberry) is just a good an occasion as any to celebrate a real advancement in outerwear, and Eddie Bauer has decided not to disappoint. Recently released, the Tech Skyliner Jacket is a perfect bridge between the past and future of the company. Much like the O.G. (original garment), the new Skyliner has an entirely down construction to keep you warm from the elements, thanks to its 800 fill rating. On the scale of down fill, it’s the second-highest behind 900, meaning it’s bound to keep you warm when it’s particularly frigid outside. The other benefit of down is that it provides warmth without being bulky like a winter parka, making it great to stuff inside a bomber-like shell such as this. 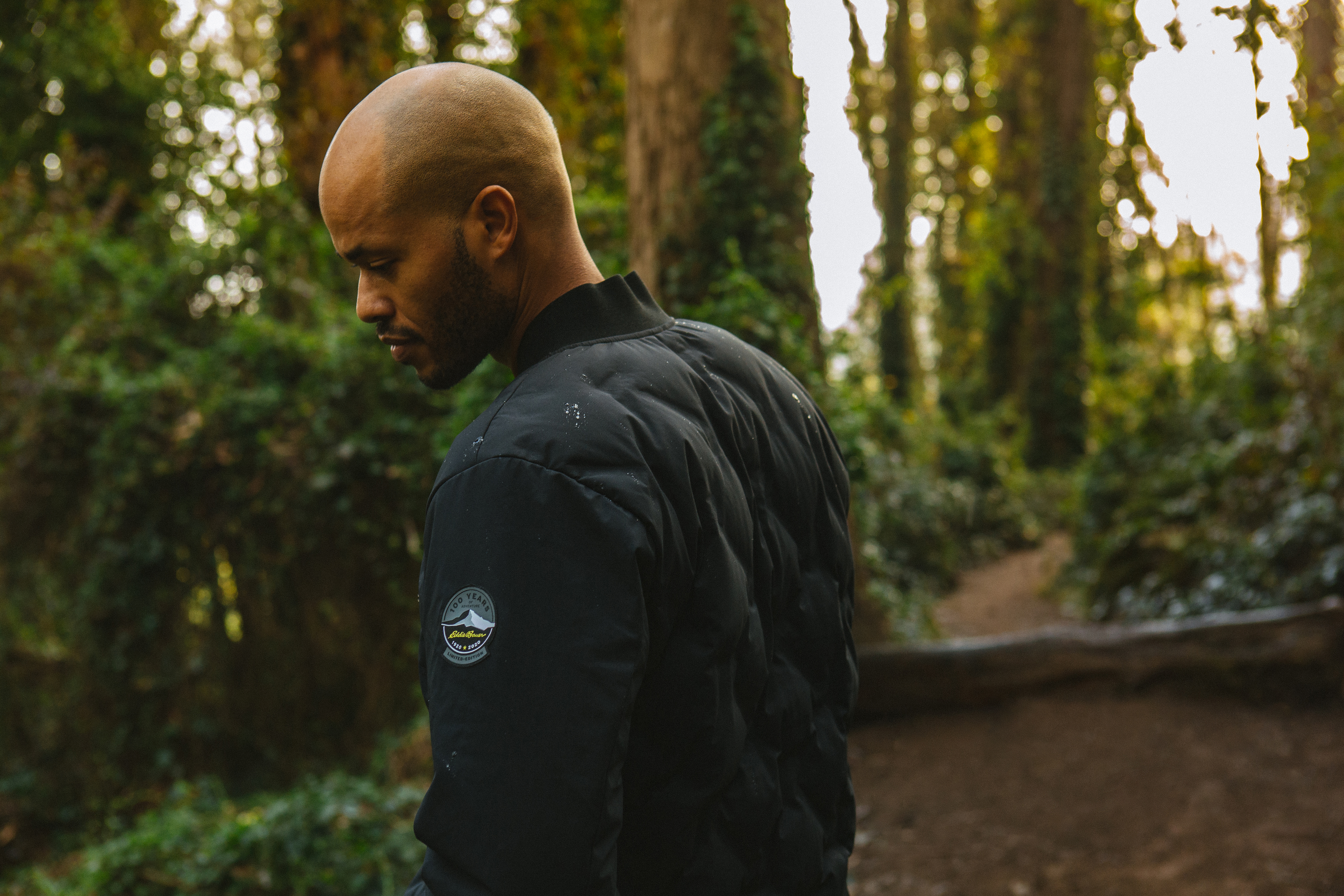 While the premium down is arguably the best feature of the Tech Skyliner, Eddie Bauer didn’t stop there. The diamond, quilted pattern evokes the design of the original Skyliner and is treated with a water-repellent finish to help keep the down together should you get caught in a brief shower. The overall fit of the jacket has also been updated, which means it’ll be nice and trim instead of large and boxy. The dark color of the Skyliner goes with everything, but the neon paracord zipper pulls accent the hue nicely, giving just the right amount of pop. There’s even room in the interior for a smartphone, too.  And, as the note-perfect final touch, the jacket has subtle 100-year branding on it to commemorate the release.

It’s challenging in the world of fashion to make a classic. It’s even harder to create something and have it be so good it sets the standard for an entire industry. And yet, that’s exactly what Eddie Bauer did with the original Skyliner. The 2020 version proves that a classic is always a classic, no matter if it’s in 1920 of 2020. When the foundation of something is so strong and so well-made, all it takes is a few tweaks to make it brand new again. 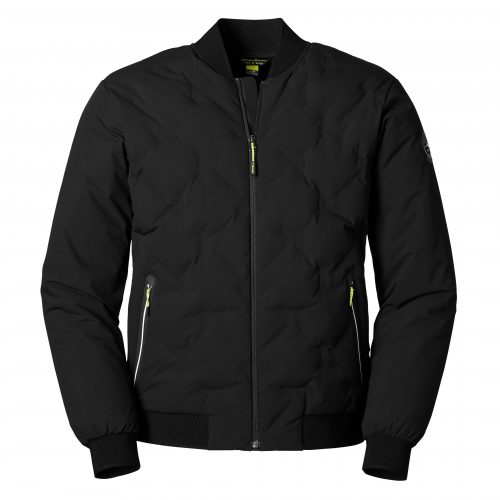 Keep Warm All Winter Long With These 10 Down Jackets