When SPY caught up with all-around adventurer and outdoorsman, Forrest Galante, he was sitting in his home in Santa Barbara. Just prior to our conversation though, Forrest was in Indonesia. And if it wasn’t for the canceled flights and the quarantines, you can bet Forrest would be far from Southern California right now.

So why track down this man of nature and get him on the phone? Well, we at SPY were curious what a guy like Galante — someone who grew up in Africa, rediscovered species previously thought extinct, and has had his own Animal Planet survival show (Extinct or Alive) — packs on his excursions. After all, if the right outdoor gear can help Galante stay alive when adventuring around hippos, swimming with sharks or spotting snakes in the jungle, it can probably hold up on our next camping trip. 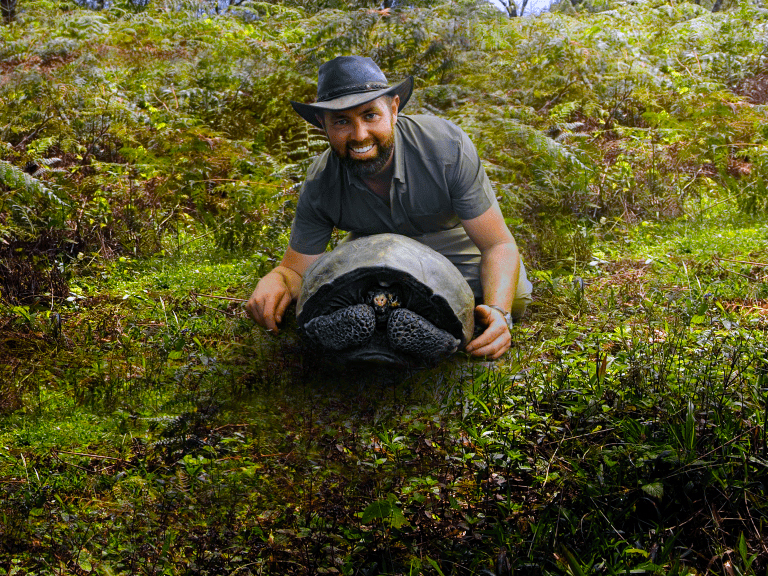 We asked Galante to share some of his favorite pieces of gear and EDC items (all of which you can find below). And for each product, Galante told us over the phone why he loves them. Some may be a little too extreme for the casual hiker, but others are so simple, it’s amazing we don’t all own a few.

But before you dive into his recommendations, allow us to share a few words of wisdom from the professional adventurer: “Every product is a niche product, but if not filled correctly, they cause a lot of difficulty. This is the best of the best in their niche. I wanted to give you honest products that work for me in my line of work. [I’m] very into my gear and I do a lot of research.”

Now that’s a statement SPY can get behind.

Some quotes in this article have been lightly edited for clarity.

Though not a common piece of clothing the average hiker will keep on-hand for day hikes, Galante has found the camouflage suits from HECS to be invaluable. “The Interwoven carbon grid blocks naturally occurring EME, it’s like wearing a microwave door on your body,” says the outdoorsman. And while he says it’s far from “a Harry Potter invisibility cloak,” he feels much more comfortable when wearing it. In fact, Galante has even noticed that animals tend to be more comfortable around him when he’s wearing HECS.

While we wouldn’t recommend donning this three-piece suit and then trying to give a wild lion a hug, it’s a great set to keep in mind when adventuring into the wilds. Or as Galante says, “Common sense should prevail but it’s amazing stuff.” 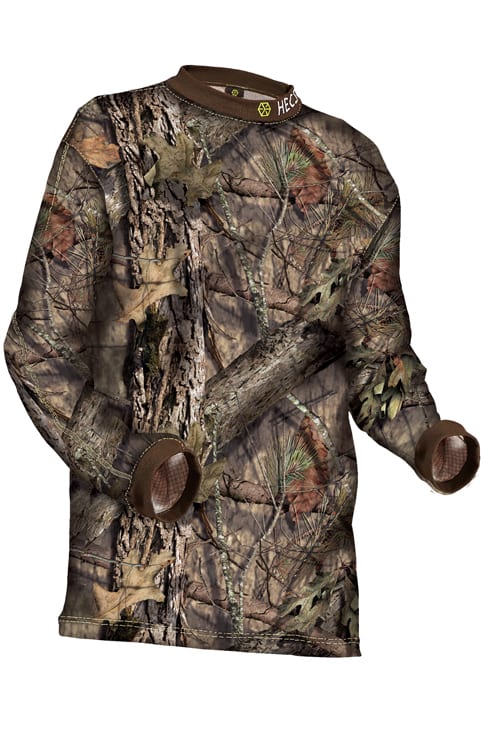 “I hate rechargable lights,” Galante says before diving into his next pick. Thanks to his ever-changing schedule and hunt for the new and wild, Galante isn’t always close to an outlet. But even though he generally hates rechargeable lights  — “[I’d] rather carry in 25 lbs of batteries” — he can’t get enough of this flashlight from Inova. “This is the greatest tool in my Batman belt of tools,” says Galante.

It’s easy to see why Galante holds such high regard for this flashlight. While shining on high, it can last for days on end, and it has a beam that packs 5,800 lumens. If you find yourself alone in the dark, you’ll be glad you have this powerful flashlight at your side. And if all else fails, it makes for a great baton or weapon in a pinch. 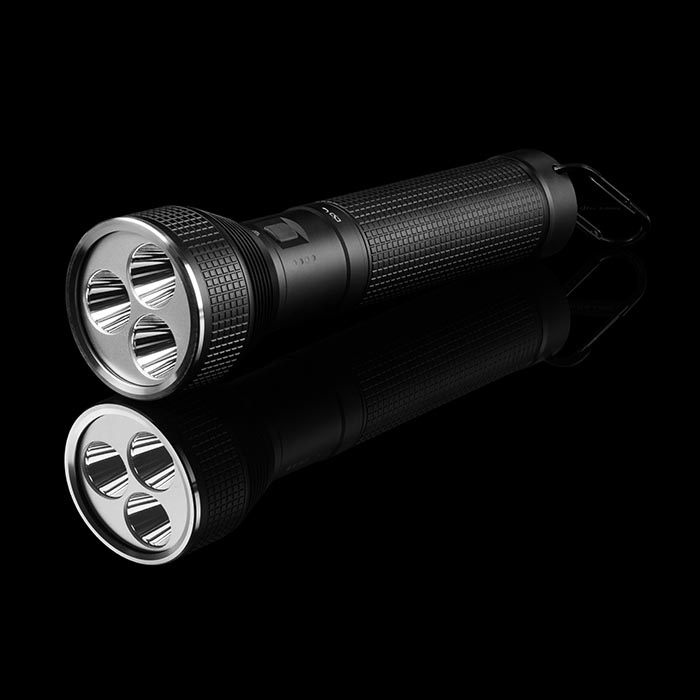 “It’s important to have really good outdoor gear,” says Galante. And while he’s often carrying the best of the best in terms of lights, snake hooks and boots, that maxim also applies to pants. “I’ve tried Northface, Arc teryx, all of them. For a garment that is functional and comfortable enough (from airplane to hike), Kuhl is the best. Bar none, over everything else.”

But what makes them great? For starters, they’re made of a cotton/nylon/spandex mix, which gives them good flexibility, durability and breathability. So as Galante said earlier, whether you’re on a long plane ride or a hike, these will keep you comfortable. “[They] fit really nicely, which isn’t the case for most outdoor gear.”

Who says style and functionality are mutually exclusive? 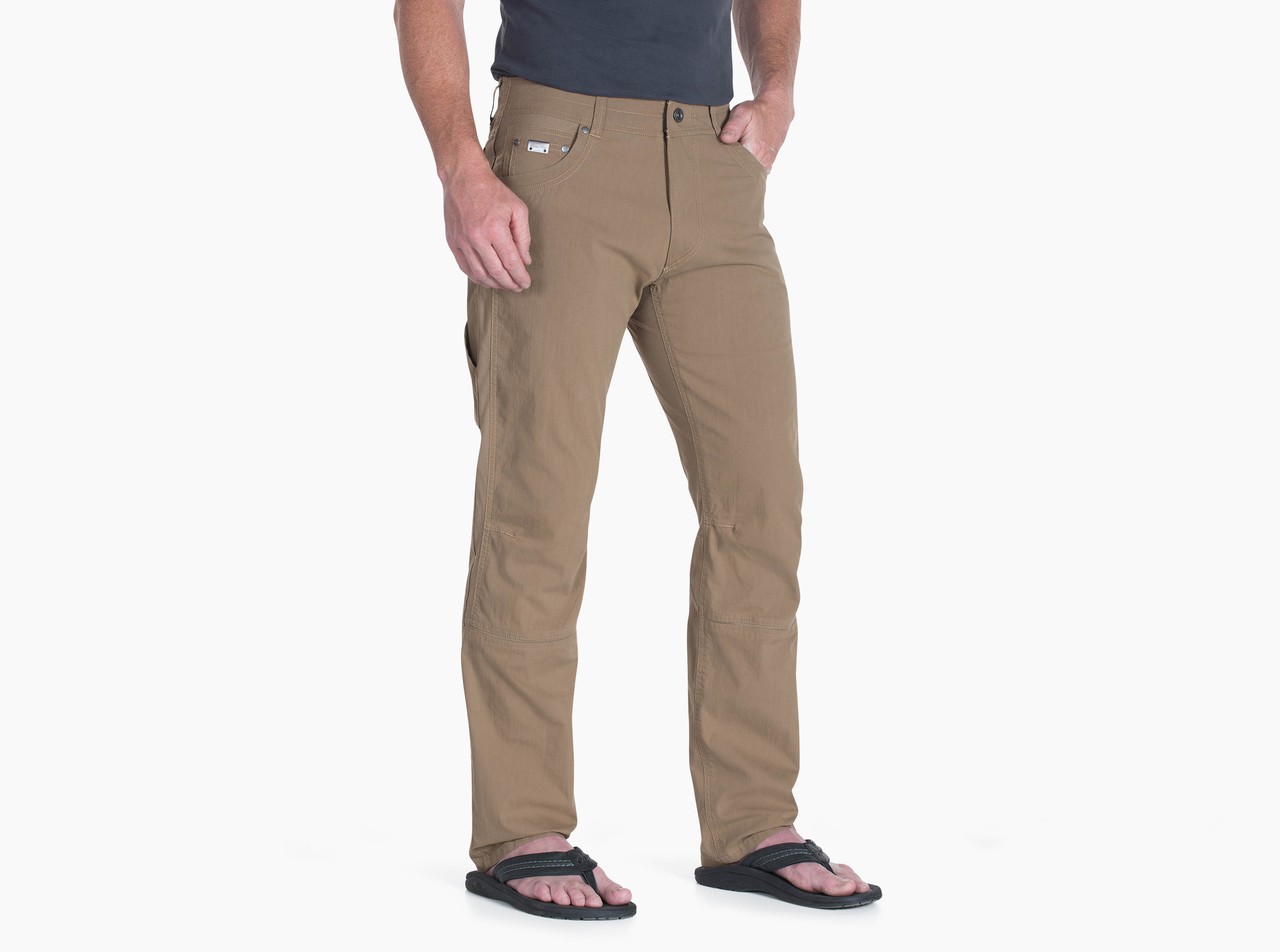 “The bread tie on steroids. It does, let me be clear, everything.” When speaking on the phone, it was almost comical how much Galante gushed over this seemingly basic accessory. But then he started telling us stories about his different use cases, from, “Wiring crocodilian jaws shut” to tying items to the skids of helicopters. And then, well, we started to come around.

The ties are simple and incredibly inexpensive, which is why Galante and his team keep tons on hand at all times. They’re made of rubber and a strong wire, which lets you bend them to your will over and over and over. And even better, they come in various sizes and colors, so if you buy an assortment, you’ll be prepared for any issue you may run into out in the wild. 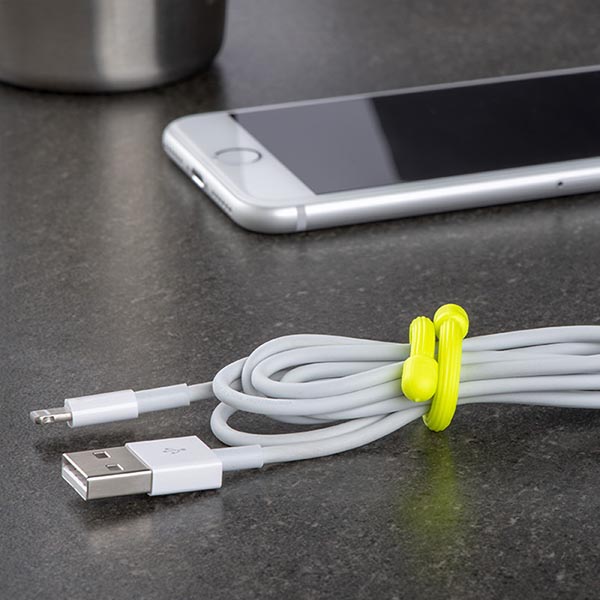 “I don’t think I ever leave home, period, without my Knoxville’s.” For a guy who calls his flashlight the most important tool in his tool belt, this is high praise for a pair of shades. “[I’m] very fair eyed and I spend a lot of time looking into the sun and searching through canopies,” says Galante. For those reasons, he loves Electrick’s Knoxville shades. Polarized, handsome-looking and relatively inexpensive for the quality, we totally get it. “[They] check all the boxes for me.” 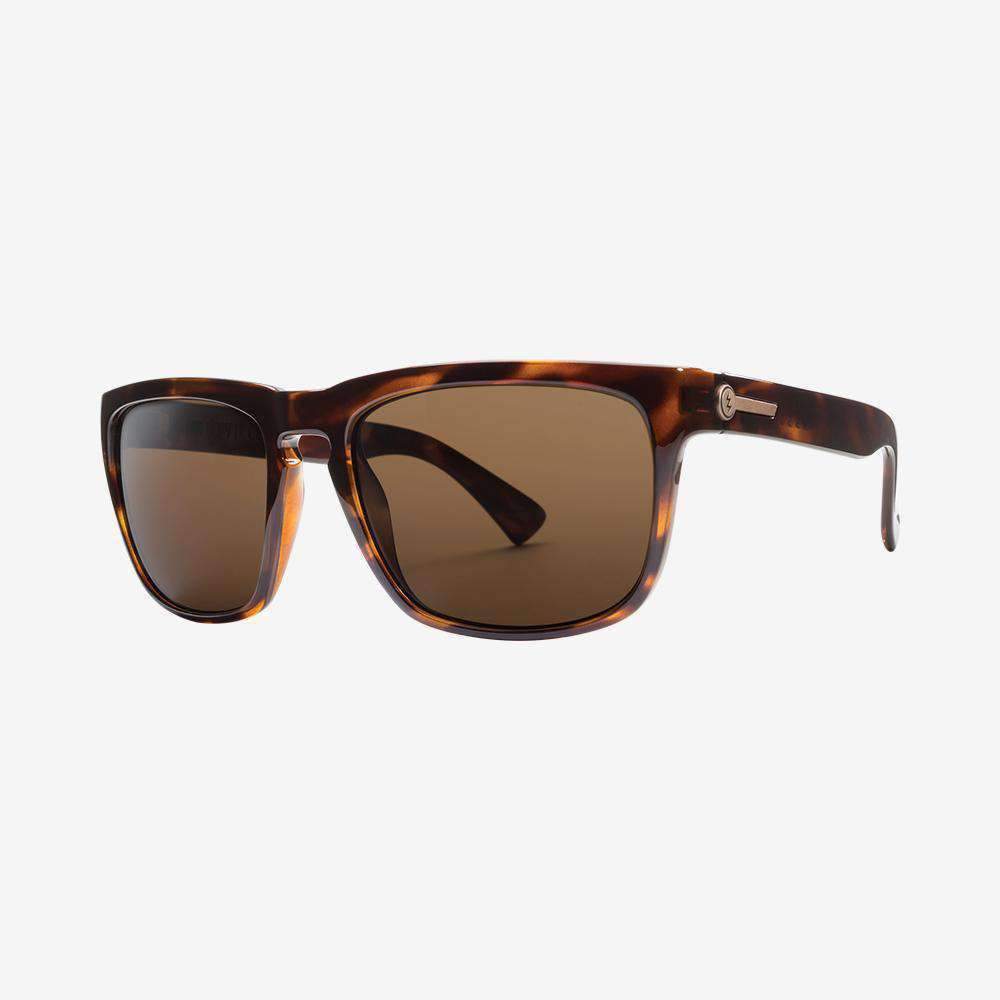 “Until a few years ago, I used to be under the impression that you should get a lightweight hiking boot and wear through it in a season,” Galante starts off saying. According to the outdoorsman, that was always his typical practice, until one fateful trek to Fernandina Island. Just before the excursion, Galante picked up a pair of Kenetrek’s Safair Boots linked below, and it changed his outlook forever.

Over the course of the trip, his entire crew went through multiple pairs of boots per person thanks to the exceptionally rough, lava-rock terrain. Meanwhile, Galante didn’t change his shoes once. “I’m still wearing those boots today,” he says, talking about the trip which was well over a year ago. “[I] can’t believe how much [they] changed what I do and what I wear.”

Kenetrek’s boots are nearly 3 pounds of leather and rubber that come in a sturdy and tough package. And if they can stand up to lava rocks in Fernandina Island, they’ll surely last you through several hiking seasons. 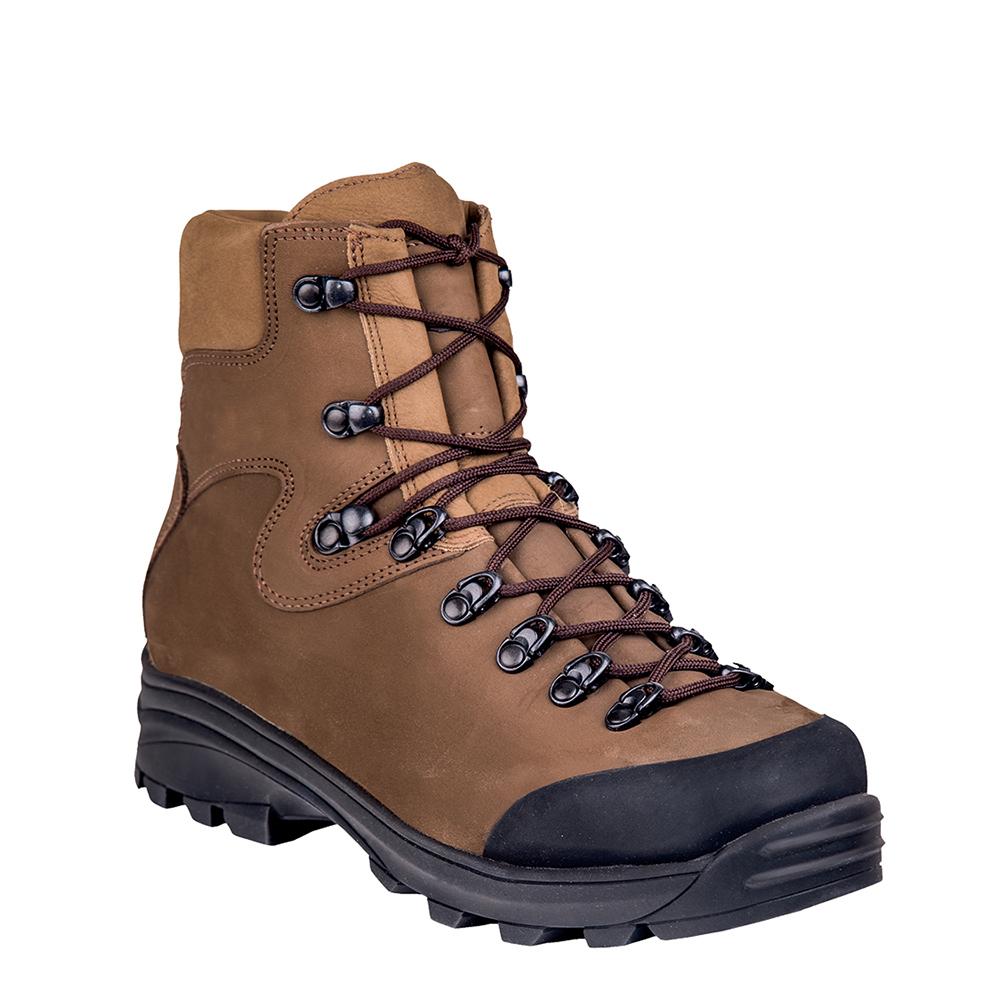 It’s hard to argue with Galante when he calls Petzl’s Duo S, “The best headlamp to date that is available.” Especially when he goes on to tell us he’s dropped it into the ocean and had it knocked off his head from the wind of a helicopter, only to pick it up, dust it off and keep using it.

“Say I have a 6-foot cobra in my hand, I don’t have the ability to be holding a light in my left hand. And I don’t have the ability to have my crew lighting for me, in case my body gets in the way. But when I have Duo on my head, I can work with both hands and work in any direction and use my feet. I can trust the tool on my head to keep the area in front of me lit up.”

Petzl’s Duo S produces 1,100 lumens and comes equipped with several modes, allowing you to keep an eye on anything and everything throughout your adventures. 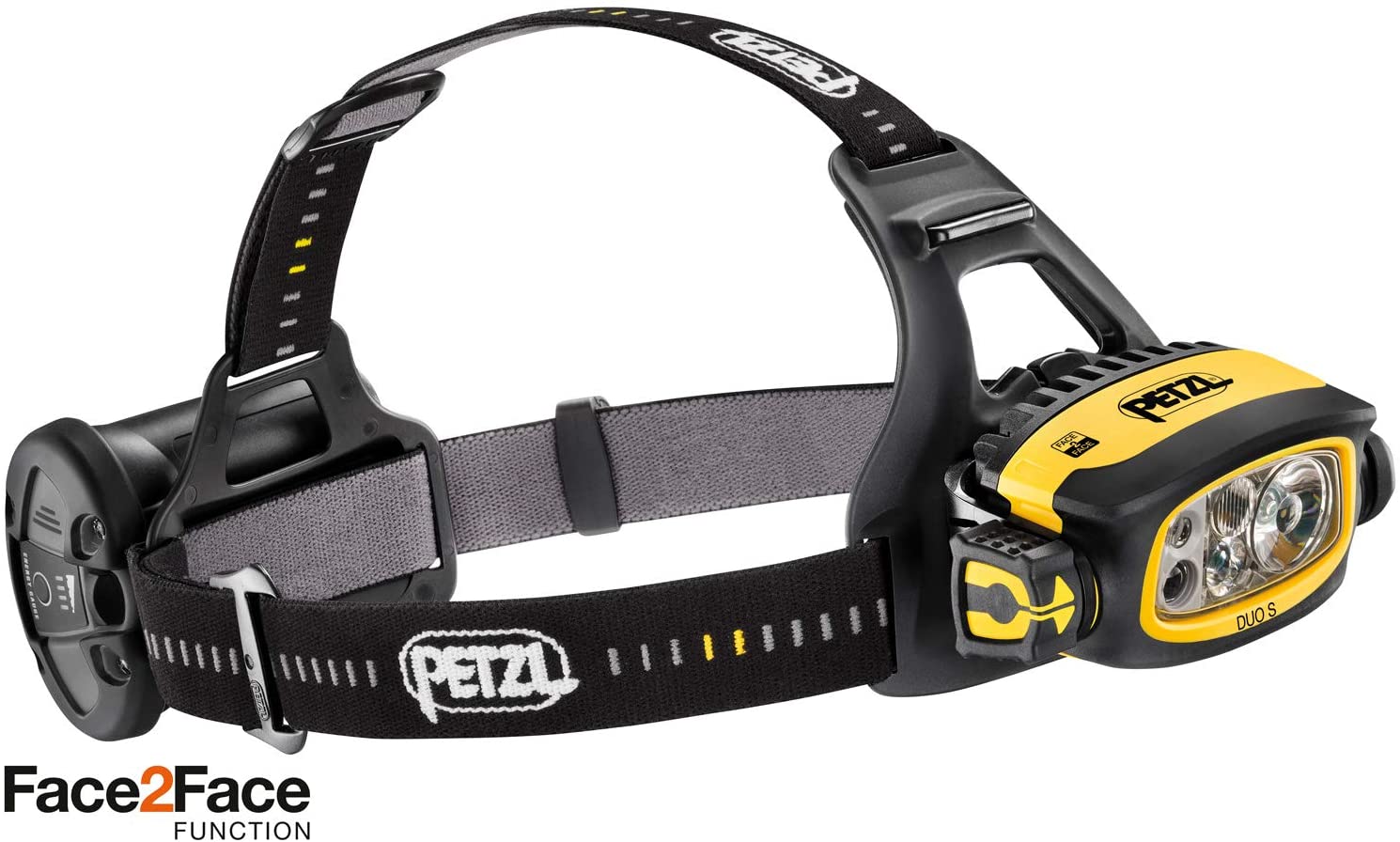 For Galante, many of his product selections are based on efficiency. And that is never more true than it is with his Garmin Fenix 6 Pro watch. “It’s given me efficiency, I’d say 300%. [It has] Increased my confidence and productivity.”

Prior to finding the Fenix 6, Galante would chart on a map where he placed various game cameras (which allowed him to take automatic pictures of wildlife throughout a given area). But that can be a horribly tedious task when you’ve hiked miles and your mark on your paper map is just a little off. But since getting the Garmin, that’s no longer a problem. “I can put out 200 trail cameras and just hit a button on my watch and never have to think about where that camera is again, because I marked it on my watch. It will chart a course to go back to my cameras.”

And while Galante may not care as much about the smartwatch features this Garmin boasts, the watch still has plenty of those to brag about, too. From text notifications to workout animations and (of course) navigation, this powerful watch has too many functions to count. And we mean that in the best way possible. 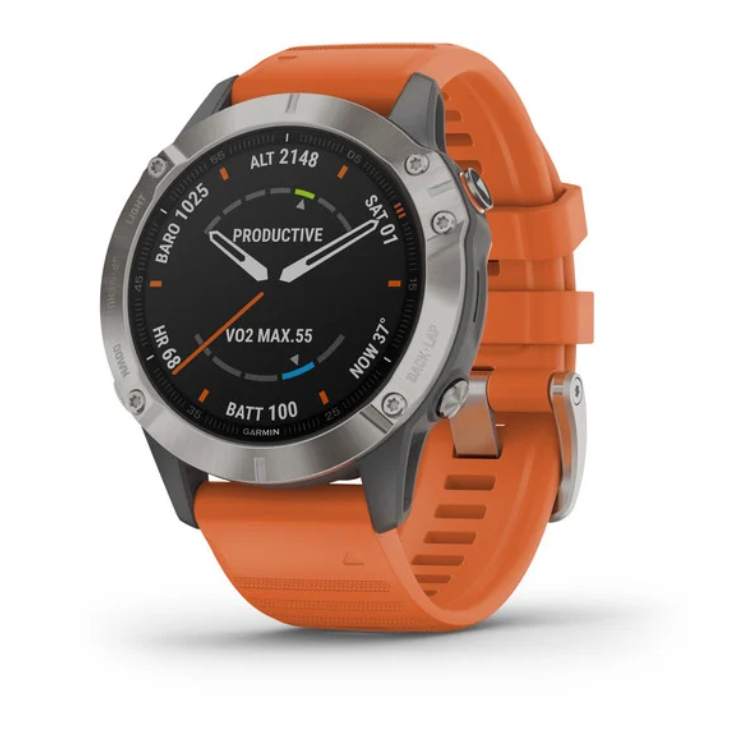 Though this is a much more niche product, and we’d highly caution against picking one up and diving into the world of snakes, we still felt it worth noting Forrest Galante’s favorite snake hook. “I never leave without my collapsible snake hook,” Galante says of his Tongs collapsible hook. The hook can extend up to 39 inches, but in its most compact form is only 17 inches long. What’s more, it weighs just under a pound, making it an easy tool to keep on hand in the field. 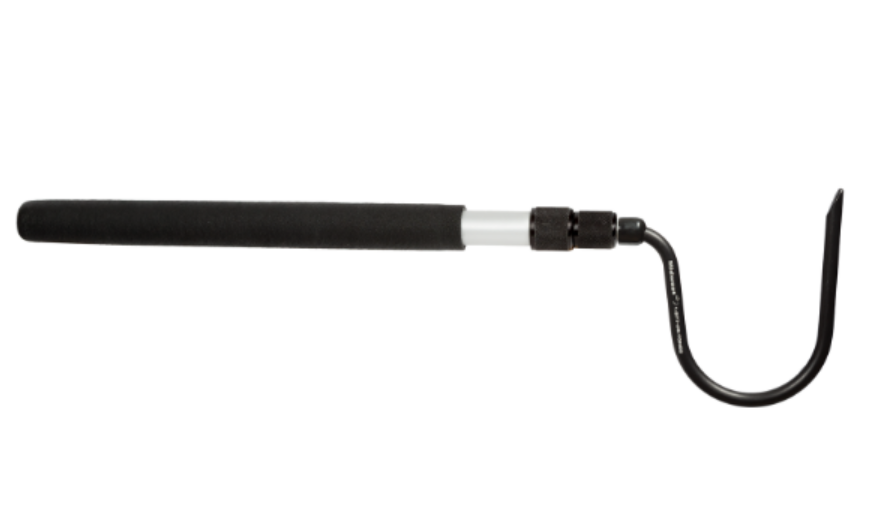