When you spend as much time as I do traveling, camping and living out of your vehicle, you need a reliable power source to keep you connected with the world. And as a part-time traveler and full-time photographer, I have a lot of devices and equipment that I need to keep charged when I’m on an adventure.

In my travels, I’ve been using the Bluetti AC50S 500WH Portable Power Station, and I’m convinced it’s the best portable power generator for the money. In my Bluetti AC50S 500Wh review, I’ll share what makes this portable power station such a reliable workhorse for car campers. I’ll cover its solar charging capabilities, power options, pros and cons, and compare it to the Jackery Explorer, a similar product that SPY has reviewed previously.

And if you’re just looking for a quick verdict, here’s what you need to know: I love my Bluetti, and I would never want to go camping without it. This portable power station has a more affordable price tag than the competition but still packs in more features and charging ports. 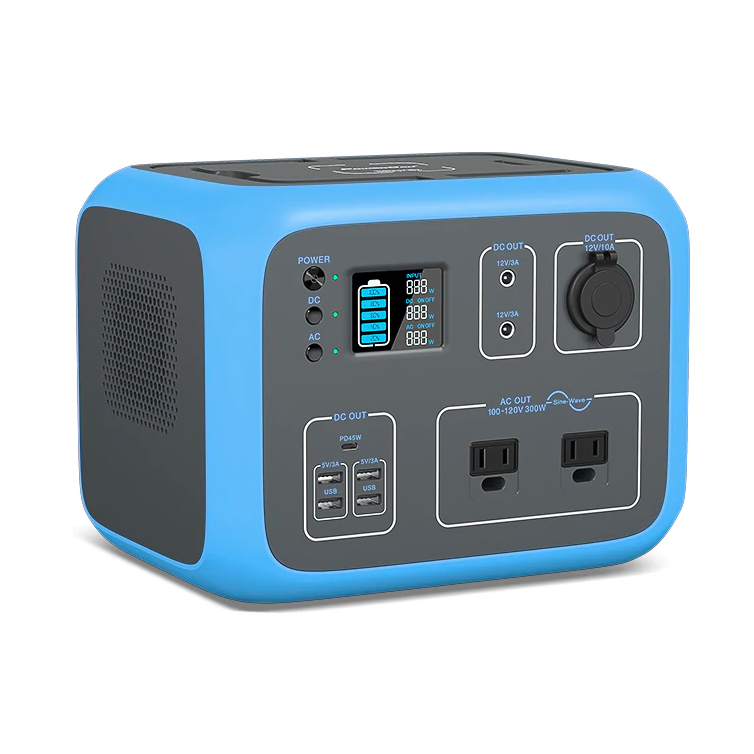 Why Did I Buy the Bluetti AC50S 500Wh Power Station?

Considering an investment into a battery system for your car camping or over-landing set up? The Bluetti 300W/500Wh portable power station is a small but mighty power station and the perfect companion to part-time van lifers or campers who require more than just a phone charger. Need more power for your rig? Bluetti has a range of products that go up to 2400 watt-hours. As someone who lives part-time on the road, the 300W/500Wh model has met me and my husband’s needs.

For the past few months, I’ve been road-tripping across the U.S. in my converted 4Runner build while photographing elopements. I needed a way to power my laptop, cameras, phone and fridge because, at the end of the day, there is nothing better than a cold beer. Armed with the internet, I began shopping for a portable power station to power my trip. 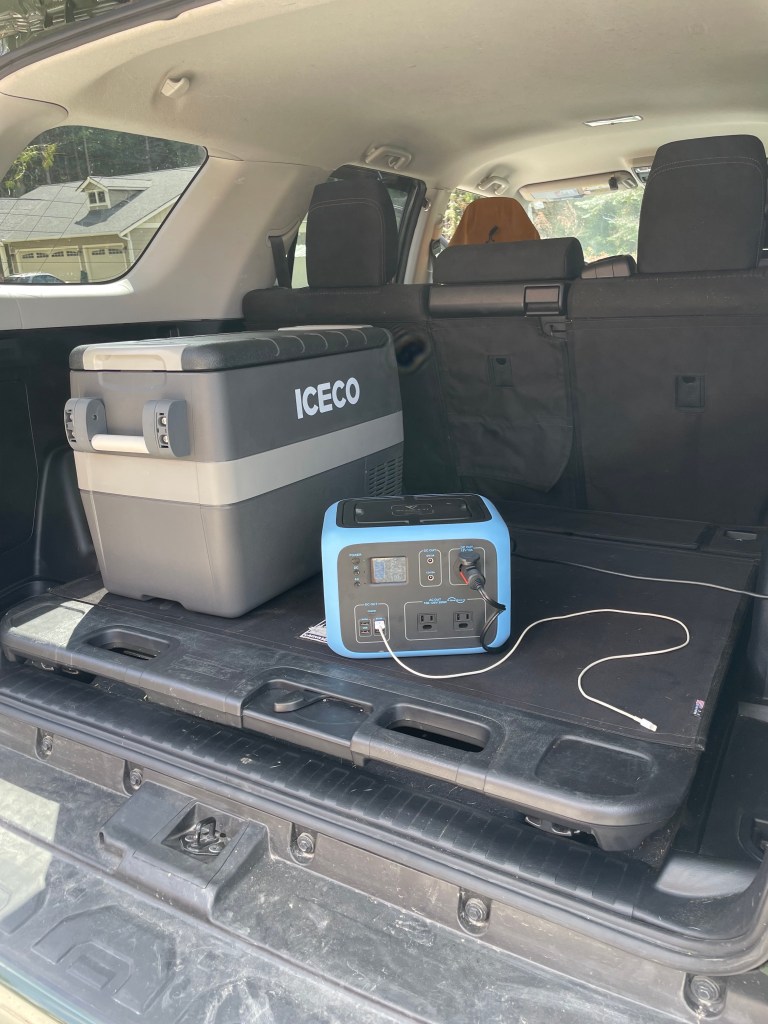 The majority of people are familiar with power banks. These simple little bricks can power an iPhone for a few charges off a USB port and maybe even charge a laptop with a larger capacity watt-hour. But you certainly won’t be able to power multiple electronics or a DC/AC fridge. Small power banks are favorable for backpackers who value weight over everything else but still enjoy a charged phone.

RV enthusiasts will tell you all about the latest and greatest in portable generators. Utilizing fossil fuels to create electricity, these generators typically power entire RVs at the cost of noise and fuel levels. And once you run out of gas, you’ve got no power.

You won’t be blending margaritas at the trailhead with this battery, but you will have the ability to power an off-grid office. Bluetti claims that its power station can handle more than 1,000 charge cycles before the battery capacity drops to 80%.

You’ve got three options for charging the battery:

In my testing, the Bluetti AC50S was a stellar solar-powered battery option. The ability to charge while driving is nice, but if you aren’t driving several hours every day, then the solar panels are a great alternative. An MC4 solar adapter is included in the kit, but you’ll need to purchase a separate solar panel. Whether you purchase the Bluetti solar panels or another brand, you can easily power your system with sunlight. Bluetti offers 200W and 120W briefcase solar panels, and I purchased the 120W. This was enough to keep my battery sufficiently charged even with hot ambient temperatures. In Colorado, I was parked under trees and even in the shade, I was pulling plenty of juice. While remote camping in Idaho and Washington, the smoky haze limited direct sunlight, yet the panels still pulled sufficient power to keep everything running.

With your battery full of juice, it’s time to get charging! No matter what input you need, you’ll find a port for your electronics. During my trip, I typically charged my phone daily, my laptop two times a day, ran a USB fan overnight, and had my fridge running to keep it at 32 degrees. Not once did I worry about running out of juice.

My biggest frustration with the Bluetti was never knowing exactly how much battery was left. The LCD display shows a battery and general battery indicator but does not give an exact number, therefore leaving you to guess if you’ve got 20% or 1% left.

Lastly, there’s no “memory effect” like you’ll find in some cheaper power stations. That means you don’t have to worry about running it completely down before recharging the battery again. I kept my battery hooked up to my car so it would charge anytime I drove and used the solar panels when in camp. 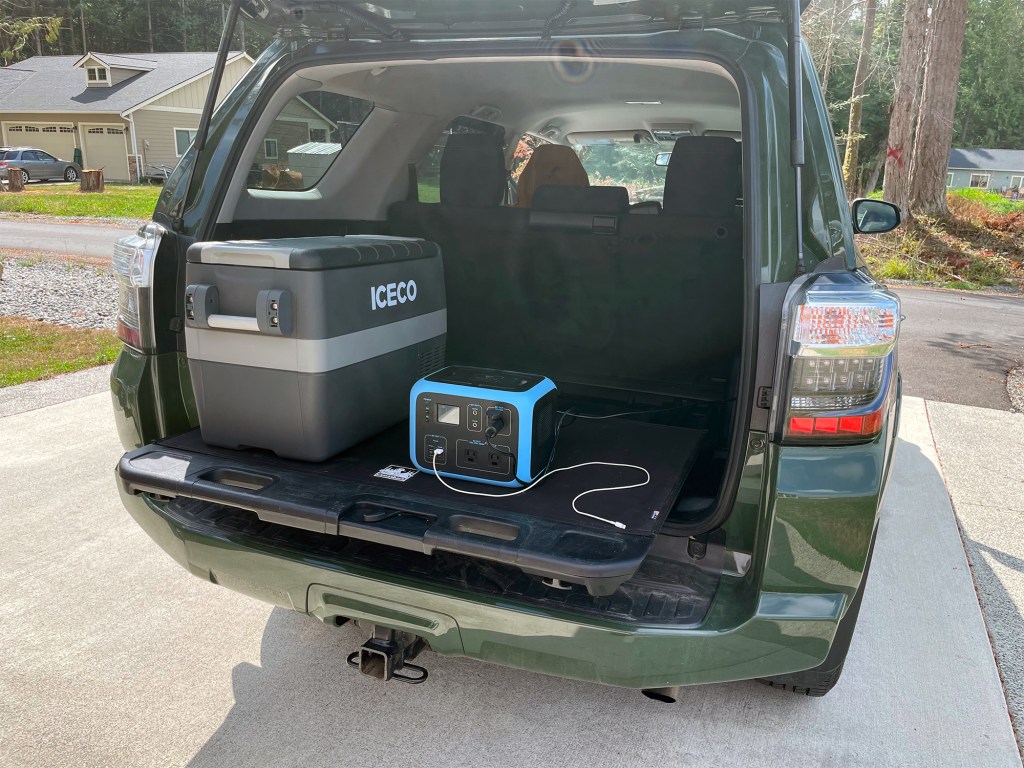 Charging Ports: A Ton of Options

The Bluetti features all of the most common ports you could need for charging small appliances and devices. It also comes with a ton of included charging cables, which is a nice addition.

The Bluetti AC50S 500Wh power station really does have a ton of charging ports, especially compared to competitors like Jackery. In fact, having a USB-C port was the number one reason I choose Bluetti over similar options. With a USB-C charger, I was able to connect my MacBook for charging rather than utilizing the AC output to charge or quickly charge my iPhone. Strangely, there are no competitors in this watt-hour group that have a USB-C port.

If you camp with a large group, having four USB-A ports is great as everyone can charge their smartphones at once. Although I didn’t utilize the AC ports much, these would be super useful during a power outage at home, making this an excellent small emergency generator as well. 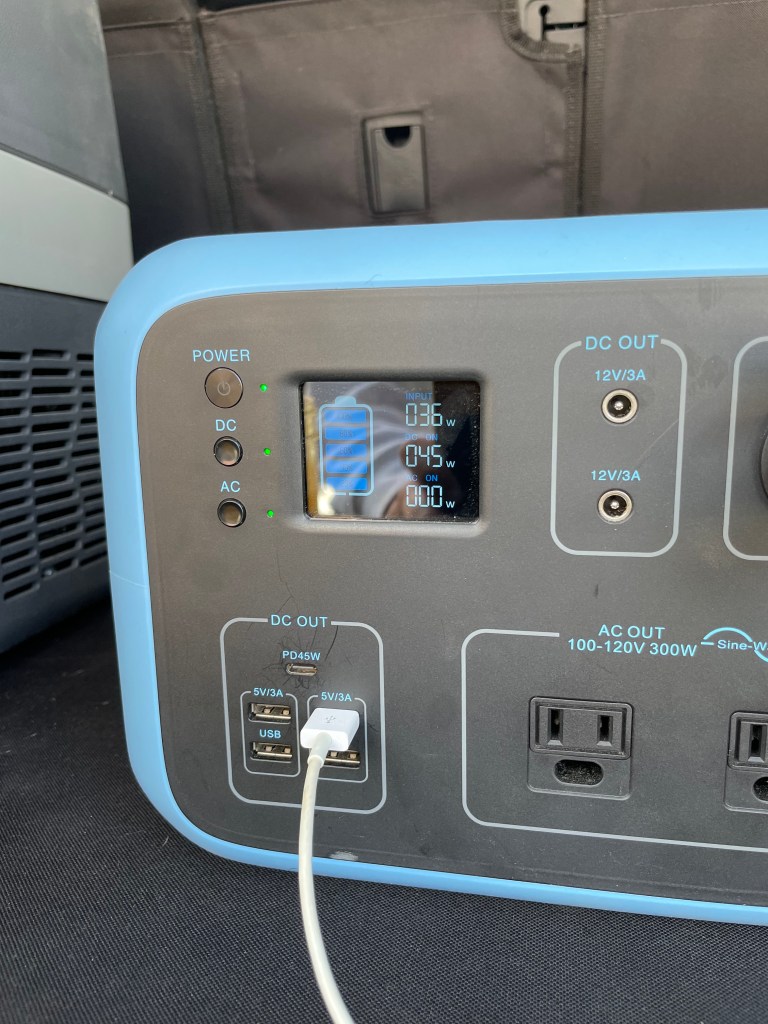 I was absolutely blown away by the ability of the solar panel and battery to power my rig. Not only was the solar panel functional, but it was also rugged and compact. I tested the solar panel in the field, and even in less than optimal conditions, I had no problems keeping my power station juiced.

While mountain biking in Washington, the ambient outside temperature was 97 degrees. My car was parked in direct sunlight and all windows were closed with reflective window coverings. The battery started at 100% and by the time we returned 10 hours later, the battery had only dropped to 20%. I brought out the solar panel to boost the battery for two hours before nightfall, and I was able to draw enough power to keep it running all night. In the morning, we still had roughly 20% battery remaining.

At this point, I was a bit nervous considering the overcast weather with an added bonus of smokey haze. I left the solar panel hanging outside my car all day, and to my surprise, the solar panel was able to pull 30W consistently and keep the fridge functioning throughout the day. Everyone else had melted ice water in their coolers and warm beer, while I was happily sipping an ice-cold beverage and grilling a steak. The Bluetti is a powerful little battery, and if you opt for the solar panels, an extremely reliable solar generator. 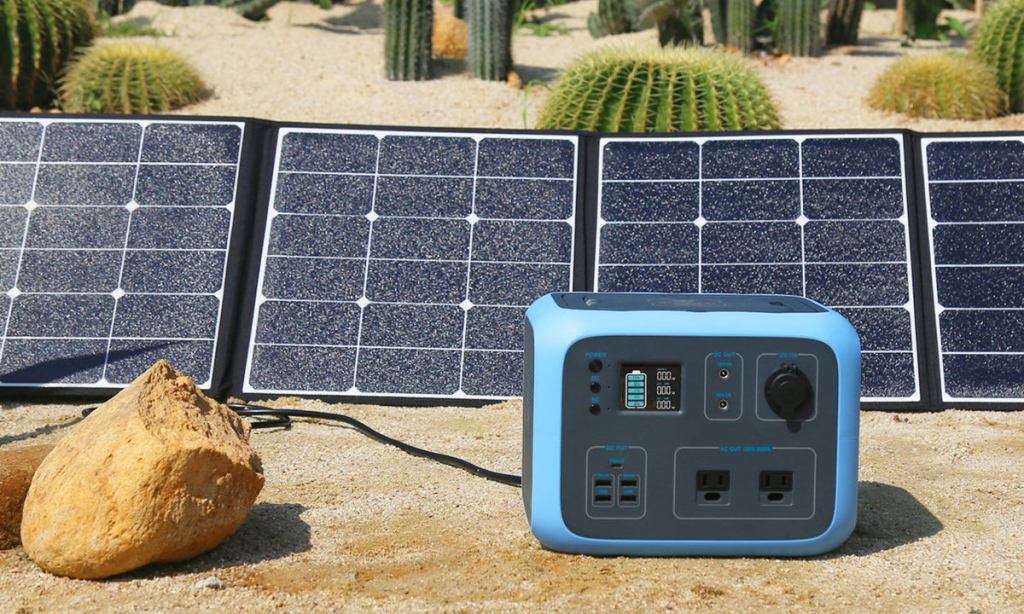 The Bluetti was the underdog of my camping adventures. Without reliable power, keeping my cameras and laptop charged would have been impossible and I would have been reduced to camping in traditional RV campgrounds with outlets. With this system, I could comfortably stay in remote, dispersed campsites for days, even with minimal sunlight.

Not only is the 500Wh Bluetti more affordable than similar options from brands like Jackery or YETI, but it also has some additional features you won’t find elsewhere. The power station comes with all of the cables you need, a USB-C port, and a wireless charging pad. The Bluetti AC50S can even serve as a camping lantern and emergency light.

The Bottom Line: The Bluetti AC50S 500Wh Power Station is an ideal companion for car campers, and it can do double duty as an emergency power source at home. You’ll want to invest in solar panels to get the most use out of this power source, but even without them, this is a rugged and long-lasting power station. Priced between $299 and $359, this power station is cheaper than similar power stations SPY has tested and offers more charging port options.

Who Should Buy It? The Bluetti is perfect for weekend warrior car campers or part-time van lifers who are powering handheld electronics, laptops, and fridges while utilizing propane for cooking. Having the Bluetti around is also great for power outages at home! You can keep your small electronics powered, have a light source, and keep life-saving electronics like a CPAP machine running for the night. Full-time van lifers might be interested in Bluetti’s line of larger batteries, which could be used to power electric cooking appliances in addition to fridges, lights, and electronics.

Where Can You Buy the Bluetti AC50S 500Wh Power Station? You can purchase this power station at the Bluetti online store (use code AC50S70 to save $70), and we also found a model available via Amazon.

How Does Bluetti Compare to Jackery?

SPY has tested (and loved!) the Jackery Explorer line of power stations. The Jackery edges out Bluetti on price, and it comes in more sizes and wattage options if you’re looking for something more or less powerful. However, the Bluetti features more charging ports, a wireless charging pad, and comes with more cables and accessories. Strangely, the Jackery Explorer 500 model does not come with a USB-C port, which is inconvenient. These are both excellent power stations, but this reviewer would recommend the Bluetti. 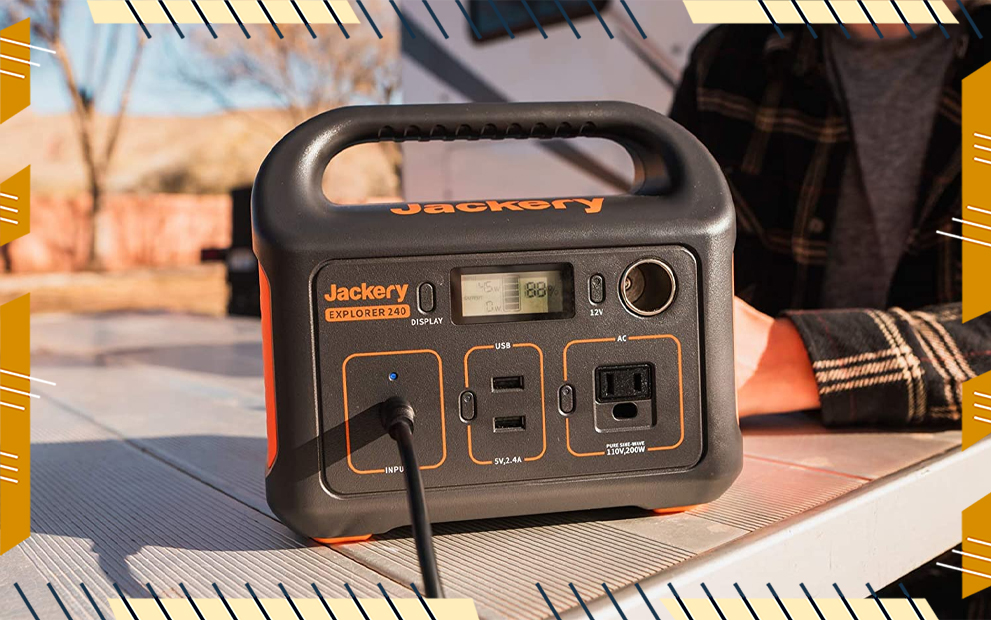 Molly MacDonald is a full-time photographer who travels part-time around the world photographing and sharing all the ups and downs of living on the road. She currently calls an Airstream Basecamp her home and travels in a converted 4Runner. Molly is based out of Bellingham, Washington where she enjoys all the adventures the mountains have to offer — camping, hiking, biking, and snowboarding. Molly performed a DIY conversion on a 4Runner for car camping adventures, and she has tested and reviewed a variety of camping accessories for SPY.