The idea of the motorized bike is more than a century old. In fact, the first incarnations of motorcycles were actually motorized bicycles, driven by an engine or via pedal power as the rider chose.

Jump ahead more than a century, and the idea of bicycles propelled under both human and artificial drive is very much still en vogue. Now, instead of fossil fuels or steam, it’s electrification that’s evolving transportation. That electricity drives the purest marriage of human and motive machine, the e-bike.

SPY has reviewed e-bikes before, but the Tern GSD e-bike puts the competition to shame. 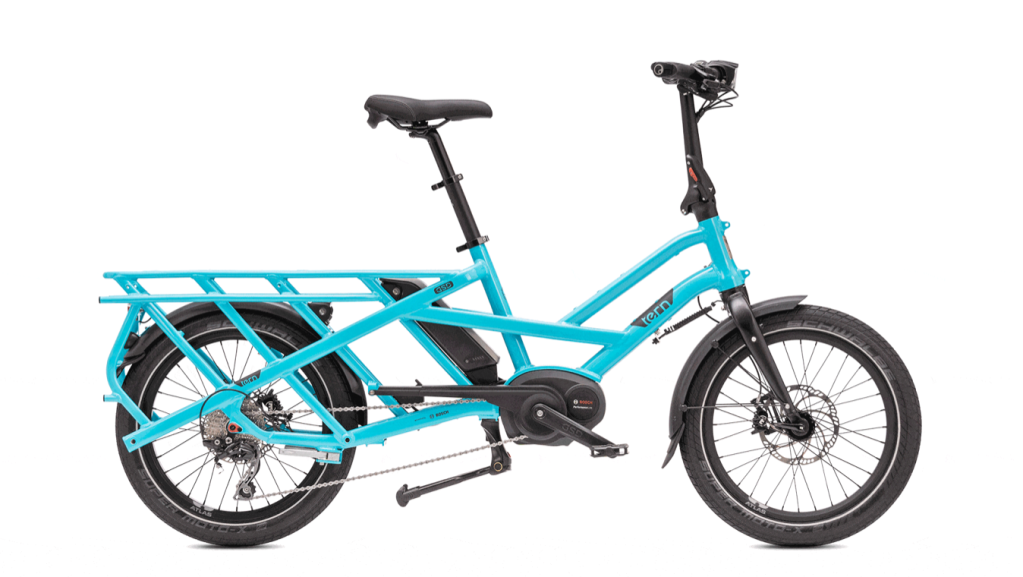 Tern already specializes in folding bikes and other devoted urban rides, though electrification is in full effect across its line. The Taiwan-based company now offers multiple types of e-bikes for different eco-savvy riders. The Tern GSD cargo bike is the line’s highly adaptable beast of burden — a smooth-riding pack animal whose owner has countless options for specialization.

All this talk of electrification and customization means nothing if the bike doesn’t ride comfortably. Fortunately, the Tern designers laid out comfortable ergonomics with a Bosch motor/battery combination to aid the rider. The throttle and shifting controls are as easy to operate as any traditional bicycle. A full charge overnight promises to last about 150 miles come the next morning.

A true cargo bike is not engineered for speed or touring. In keeping with this rule, this GSD is built low and stable to transport its valuable load of human rider and whatever he or she wants to move. No one will look at it and be dazzled by aesthetics, but the Tern GSD will scoot effortlessly by any of its critics.

What We Liked About the Tern GSD:

Somehow, an e-bike that feels as big and capable as the Tern GSD shouldn’t fold. Still, the engineers pulled off that trick. They made an electric bicycle that can carry a grownup and a small human or a stack of parcels before compressing into a frame that fits easily and quietly into a crossover SUV or small apartment.

If you need to fit your new e-bike into a small car for a road trip, just fold up your Tern GSD and hit the road. If you’re looking for an e-bike to make your daily commute easier but don’t have extra storage space in your tiny city apartment, then this bike is perfect for you.

The Tern GSD is the transformer of e-bikes, as a variety of add-ons and accessories change its shape and function for every individual owner as he or she chooses. From kid seats to baskets to racks, the GSD can serve as a people carrier or a delivery vehicle — before performing a quick presto-change-o back into its original form as a comfortable e-bike that’s easy and enjoyable to ride. 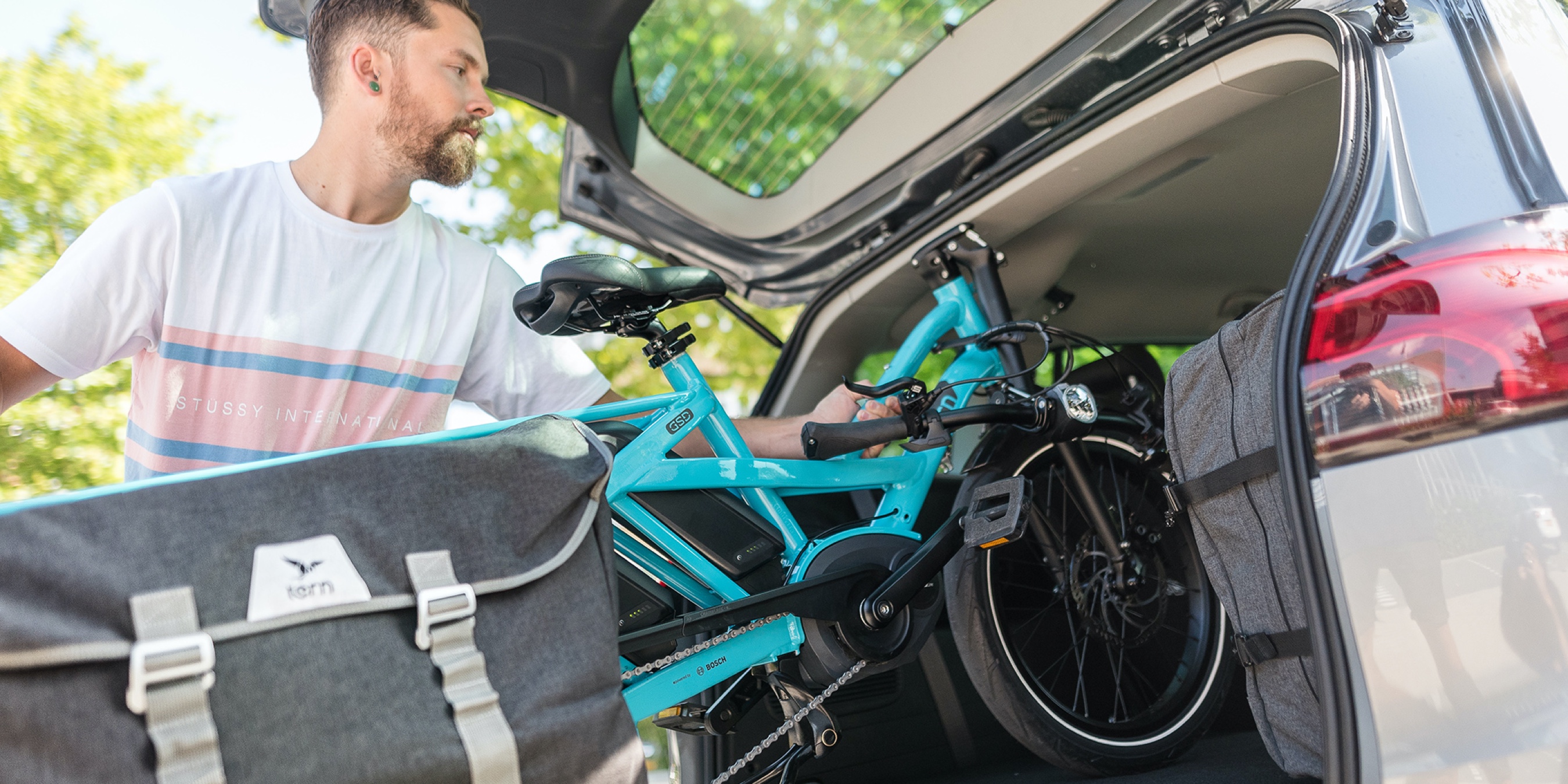 Before you buy any enhancements for your Tern GSD e-bike, such as racks to carry your luggage or extra seats for your kids, you need to find about $4,000. You can buy a serviceable used car or even a new motorcycle for that kind of money, so getting a hold of a Tern is not a matter of mere toy shopping. One can argue that the price is warranted as the GSD will prove as useful as that same used car or motorcycle. And, it’s a hard reality of e-bike shopping: no e-bike worth having comes cheap.

Put bluntly: It’s pricey, but it works damn good. Well-built and sturdy, the Tern GSD is comfortable to ride and easy to charge. The collection of add-ons and customization options that Tern provides makes this e-bike endlessly adaptable.

If you’re looking for the best e-bike on the market right now, we’re not sure how you could do better than the Tern GSD.

Where To Buy the Tern GSD

A bigger ticket item than that old beach cruiser you had, the Tern GSD is available first and foremost from Tern’s shop, where the buyer can pick his or her favorite features. That same shop offers a listing of Tern dealers. Meanwhile, a would-be e-biker could also put the kickstand down for a GSD at Bike Attack. 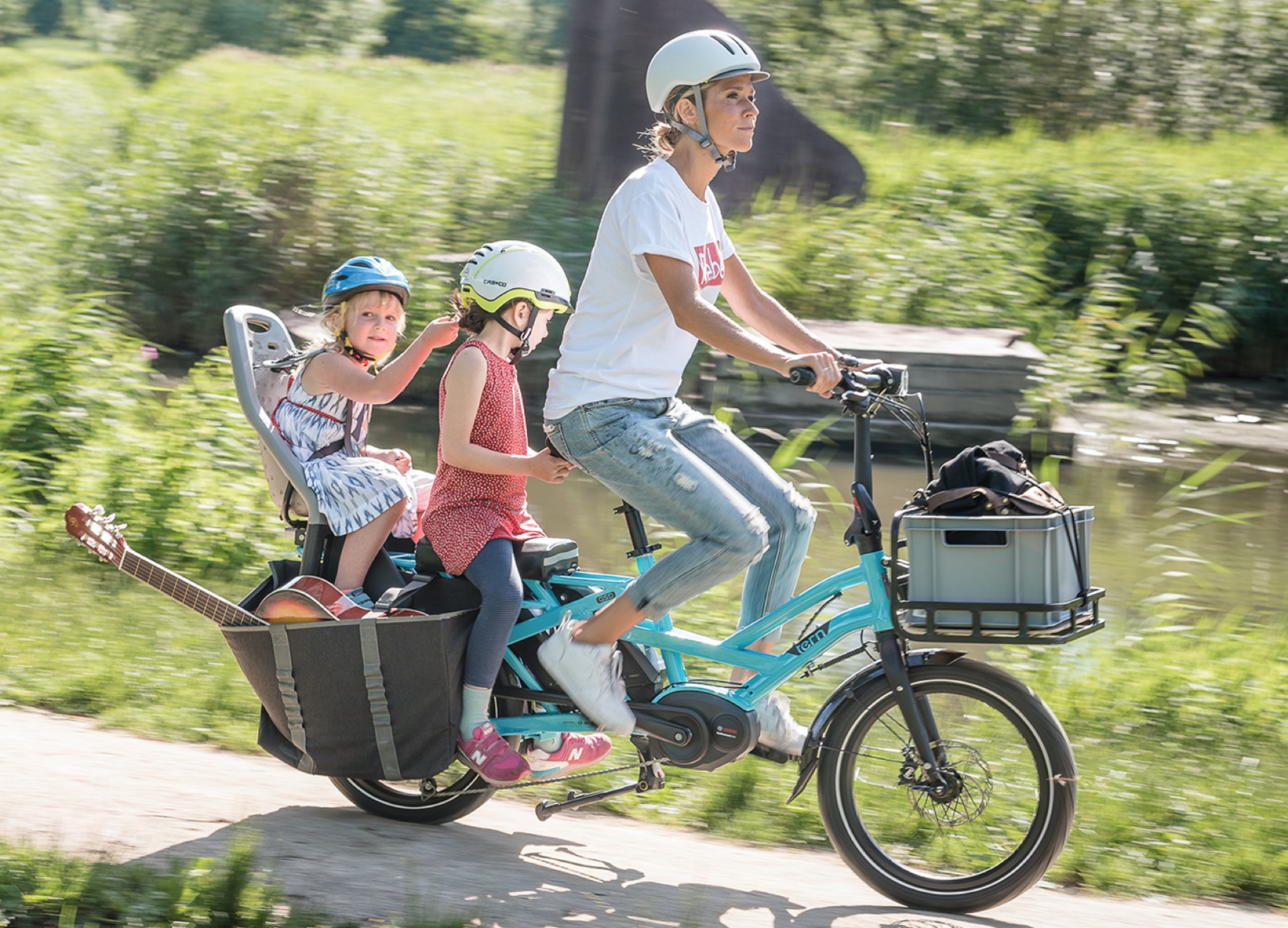 The Best Unlocked Smartphones You Can Get Online