How is it that the blankets in your linen closets right now are by and large exactly like the ones that covered your parents’ bed, or for that matter your grandparents’ bed? Maybe it’s a matter of ain’t-broke-not-gonna-fix-it, or maybe it’s not knowing anything different.

Read on, and you’ll know different. The Rumpl line of puffy blankets are the ultra-comfortable feel of your best sleeping bag in blanket form, with a variety of models that keep you covered and warm anywhere from the campfire to your bedroom back home.

It’s a real head-scratcher how sleeping bags have evolved from musty canvas bags to breathable technical material that can withstand sub-zero temperatures, making quantum leaps in warmth and comfort, while blankets, well, haven’t. That was the same thought that hit Rumpl’s founders during a surf-and-ski vacation in California. They decided to do something about it, starting on a borrowed sewing machine in a small San Francisco apartment. The first “sleeping-bag blanket” was born shortly thereafter, and after putting it to the test for several months, they realized they were onto something.

One ultra-successful Kickstarter campaign later, and that one revolutionary idea and first blanket became Rumpl, an entire line of travel blankets and other comfort items made from the very best and most comfy technical materials. From their Original Puffy model blanket to blankets for your beer, the company has birthed a small empire of innovative, packable products. 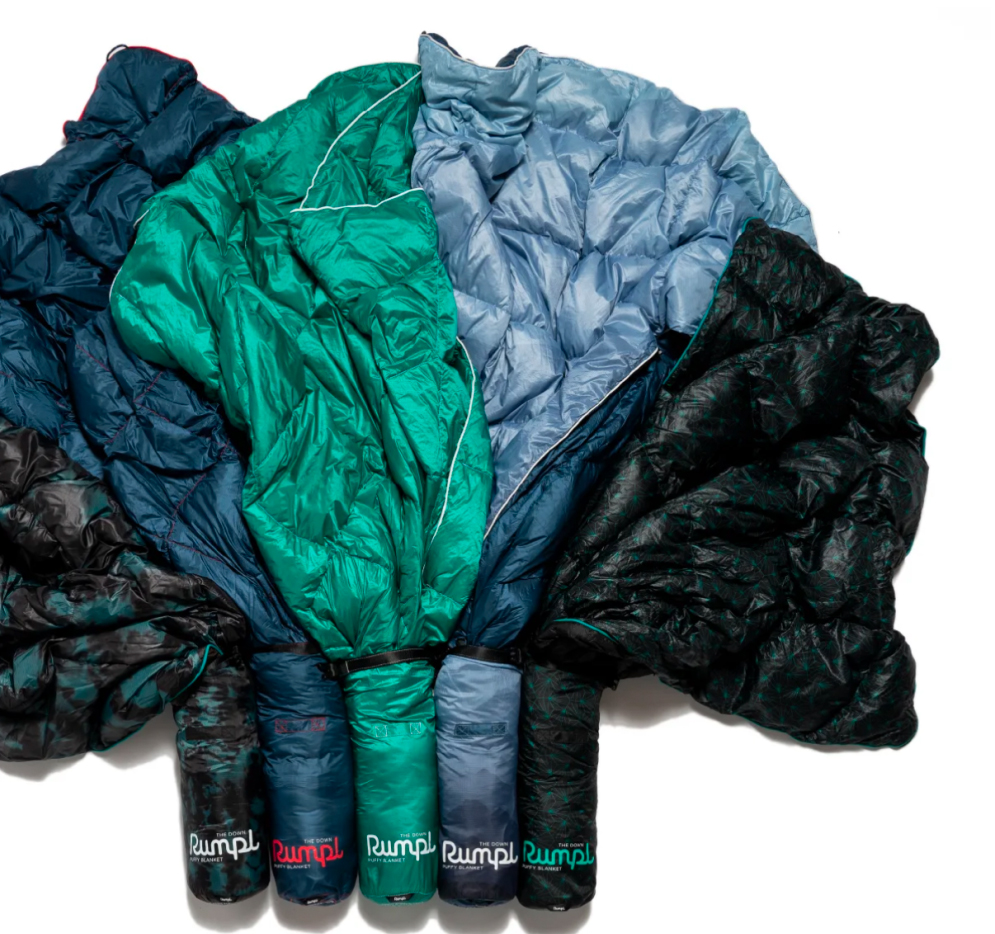 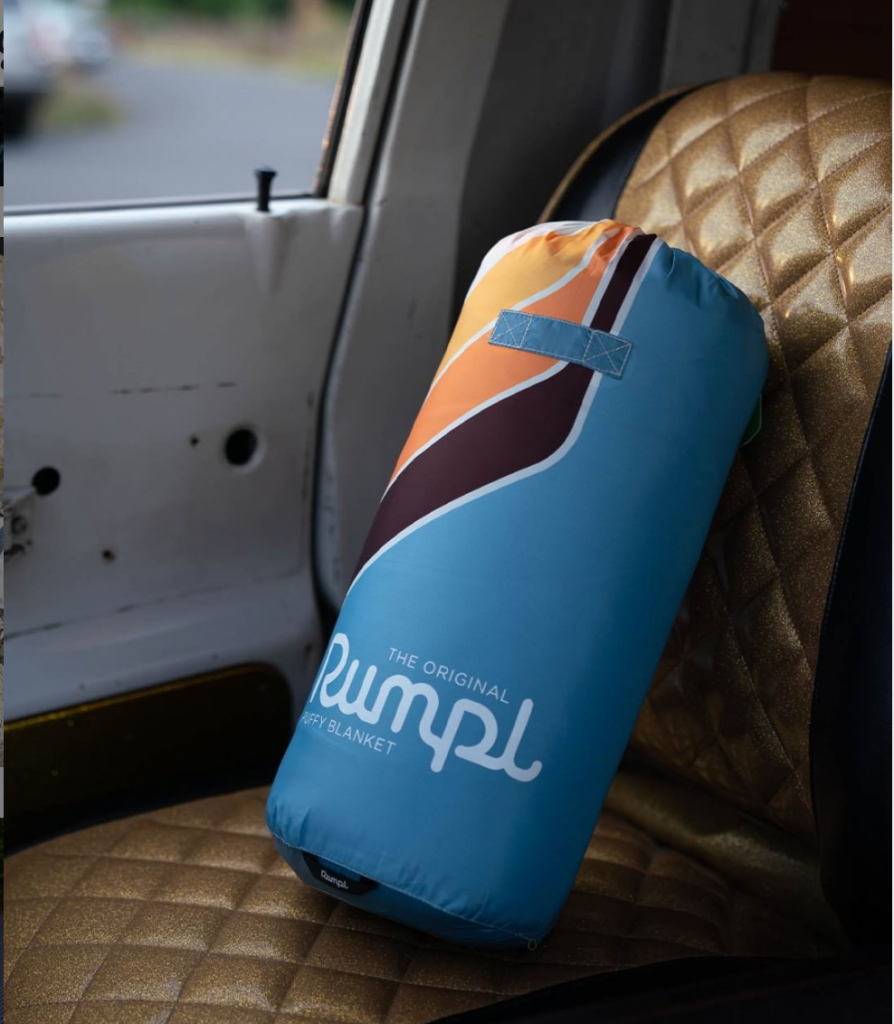 Like the sleeping bags which inspired them, Rumpl blankets are totally packable, easily crunching down into a small carrying bag. Whether you’re bringing them on a camping trip or stashing them in a linen closet, that’s a big advantage over your traditional camping blanket.

There’s a Rumpl for every occasion, too. The indoor models include a plush fleece side for pure coziness. And the aptly named everywhere blankets come in original Puffy, Nanoloft, Down, and Mountaineer models, available in over 30 cool prints and colors. As if they wouldn’t stand out in your linen closet from your old blankets to begin with.

Last year Rumpl made their great products even better by redesigning them to use only 100% post-consumer recycled material. They recycle more than 5 million discarded plastic bottles every year through their supply chain. And as of this year, Rumpl is offsetting 100% of its carbon footprint by purchasing offset credits to earn a Climate Neutral certification.

The prices range from $99 for an Original Puffy to $399 for their top-of-the-line Mountaineer blanket, with stops in between based on size and model. The sheer variety is impressive when you consider that the Rumpl team still consists of fewer than 20 people, now based in Portland, Oregon. It’s well worth checking out this line of premium packable travel blankets, as there’s a Rumpl for just about every conceivable blanket need.