Would you like to get back to that loving-my-new-bike feeling, without actually buying a new bike? Then check out the Swytch Universal eBike Converter, one of the best solutions we’ve seen. If you feel like you need a little zoom in your life, eBike conversion kits let you transform your bicycle.

The Swytch universal kit turns any bike into an electric bike ready to conquer hills, get you over the hump on a long ride, or just get the wind whipping through your hair (and helmet — safety first!) a little faster. 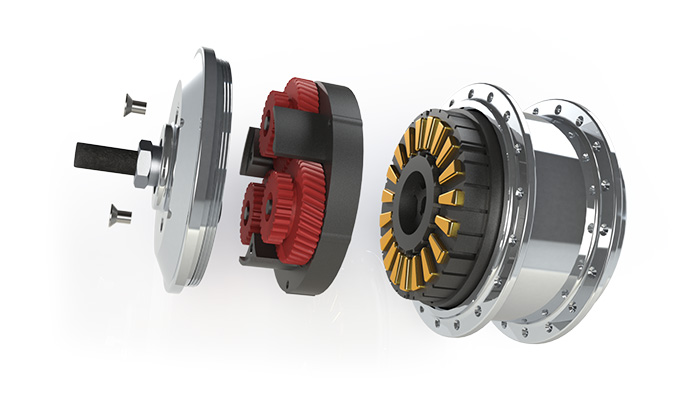 Best of all, you don’t have to be an engineer or bike expert to do the quick and easy conversion from pedal power to pedals-plus-power. Swap out your front wheel for the Swytch motor wheel, snap on the two-part pedal sensor disc and sensor, fit the handlebar connector, clip on the rechargeable power pack, and off you go. Okay, so there is some know-how required, but if you know your way around a bike, this is a short DIY project.

The Swytch motor wheel comes in any size, so it’s truly universal. The high-torque motor packs enough pulling power to drive the average adult up a 30 percent incline without pedaling, which comes in very handy indeed when you’re sucking wind at the end of a long ride. It’s also brushless, which means it won’t slow you down when you’re coasting or just using pedal power without the electric boost.

The Swytch is pretty clever, too. Its sensor detects when you’re pedaling and sends a signal to the power pack, which then calculates the amount of power to send to the front wheel. But you’re still in control — the power pack’s clear and easy to read LED display allows you to choose between five different power levels, depending on how much extra oomph you need.

So what does something as compact, quick, and easy as the Swytch Universal eBike Converter get you? A top speed of nearly 20 mph, for starters, and a range of over 30 miles. The lithium-ion power pack is easily removed, light and portable, and fully recharged in three hours. It’s also waterproof in case you get caught in a downpour.

Swytch’s Indiegogo campaign has raised over a million dollars so far, so it’s clear you’re not alone in wanting to love your ride again. In fact, this eBike conversion kit is so popular that right now you can only pre-order the latest versions. Still, for about $500, this is an economical and powerful upgrade to the traditional bicycle.