For half of America, summer is a very precious resource. With snow and ice ruling half the calendar, summer is to be sampled and savored. Life transitions from the cold-governed indoor imprisonment of autumn and winter to the wilder, warmer world outside.

This summer is going to be a summer like no other. After spending the majority of last year’s summer inside, we’re all anticipating some fun in the sun with friends and family. From swimming pools to backyards to golf courses, people are going to flock to outdoor venues to sample every dollop of sunlight. While families and friends break free into the outdoors, gatherings call for fun activities to keep all parties entertained in the sun.

The best outdoor toys and games are exactly what you’re going to need to help make this summer the most memorable one yet. Whether you’re playing ball in the sun with your kids or cracking open some of your favorite spiked seltzer brand to play the best drinking game of the century with your buddies, the best outdoor toys and games are important for keeping summer what it needs to be — fun.

We’ve collected an assembly of the best outdoor toys and games you need to snag before the temperatures rise even more. Including choices for groups big and small for summer connoisseurs young and old, it’s time to get your game face on.

Whether you’re five or ninety-five, cornhole is one of the most exciting summer games to play with friends and family. It’s fun under the sun, under a tarp in the rain, on the beach, in the grass, on the concrete — wherever. Simply put it down, grab a partner and get tossing. Three points in the hole, one point on the board. First to twenty-one wins! 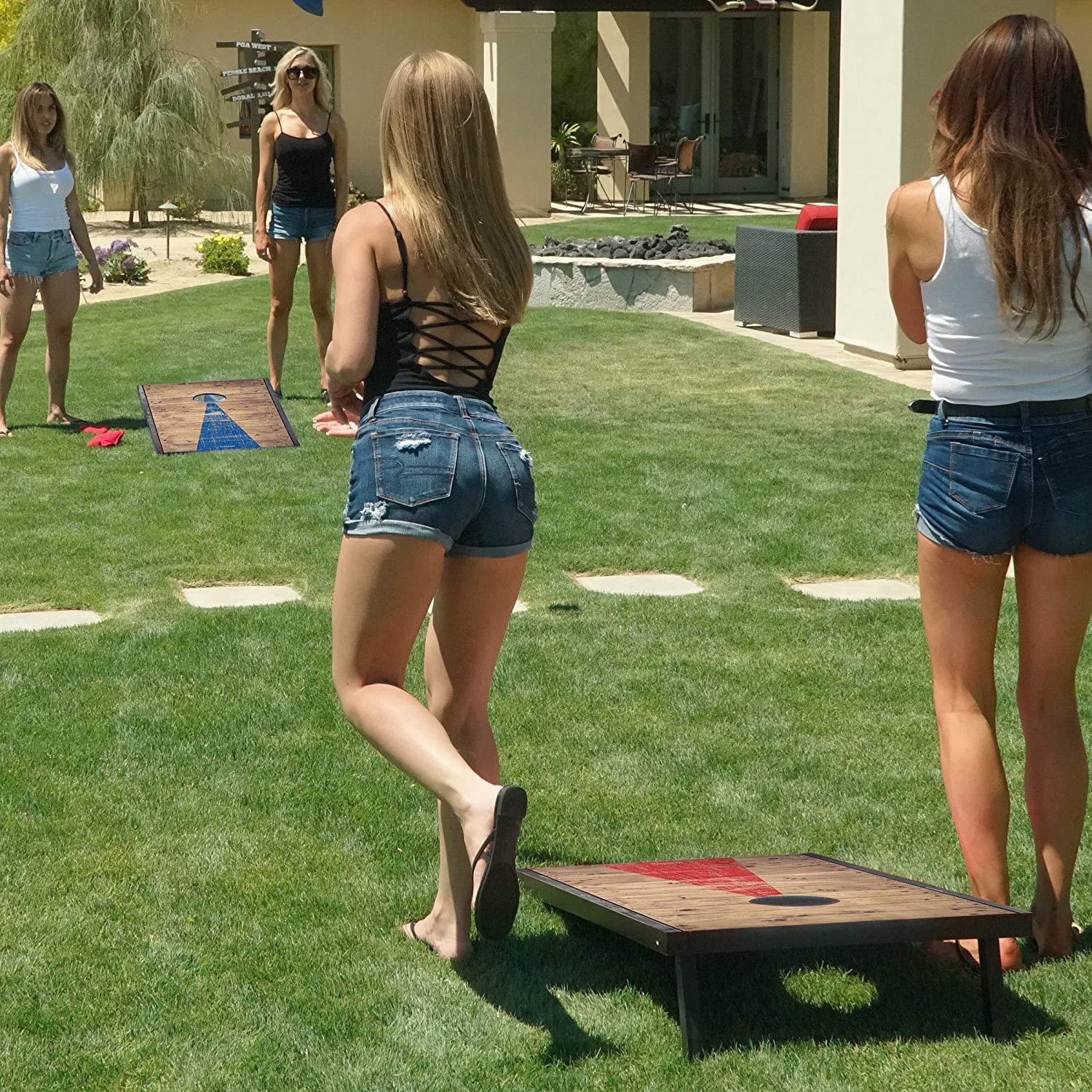 A four-way, one-on-one form of volleyball, Crossnet is small enough to fit in most backyards and sets up in about 10 minutes with a little help from your friends. The rules of traditional volleyball are greatly simplified for friendship’s sake as any player who fails to return a shot is out of the game until only the winner remains. Then, repeat. 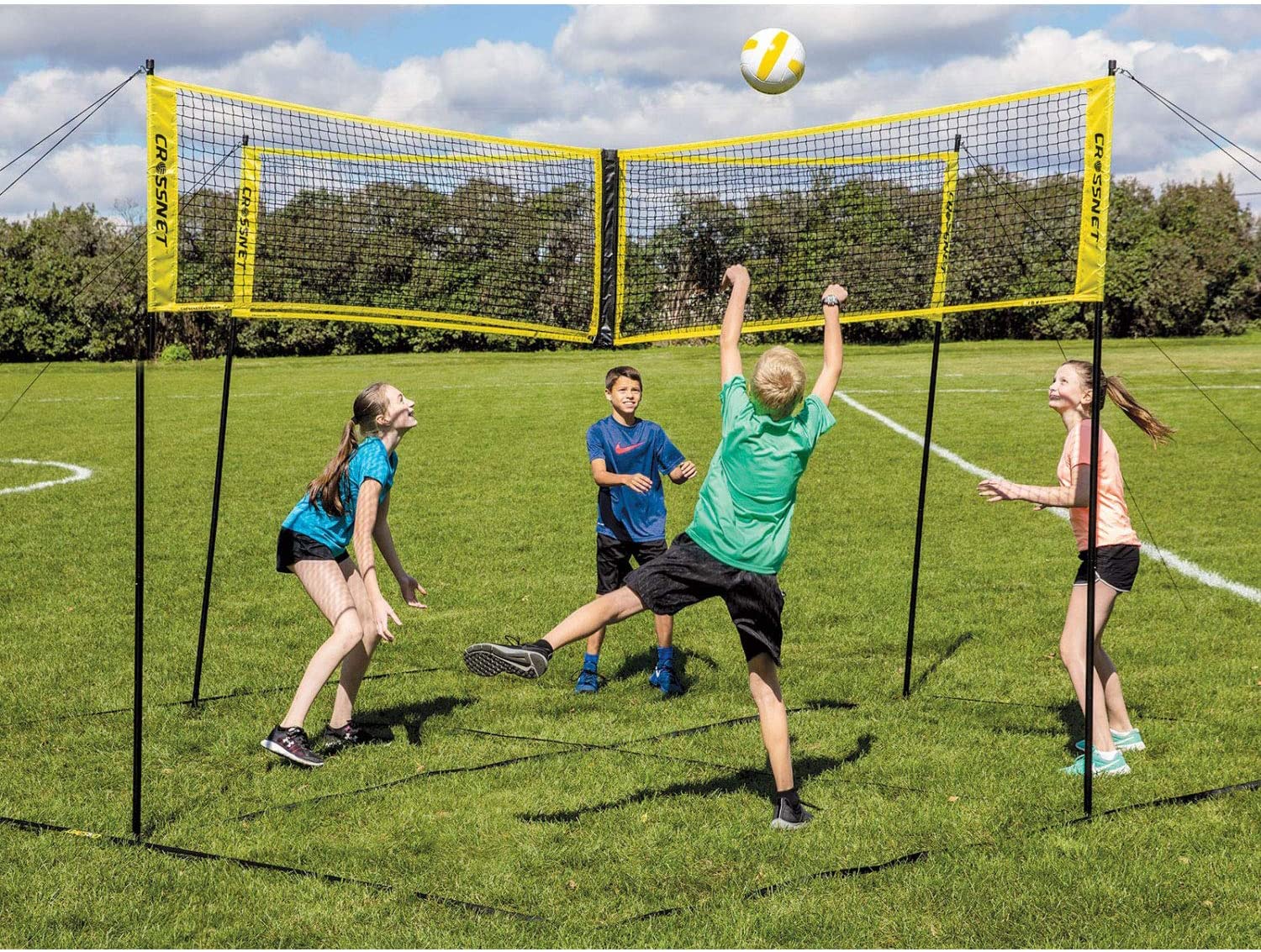 For the young person who likes both technology and spending time outdoors, the E-Blox Circuit series of toys combine a bit of engineering and architecture with construction and aerial acrobatics. The kid who assembles an E-Blox Circuit set forges a toy that performs a function, such as launching helicopters, making illuminated art or playing music. All along, the child is learning about science under the sun. 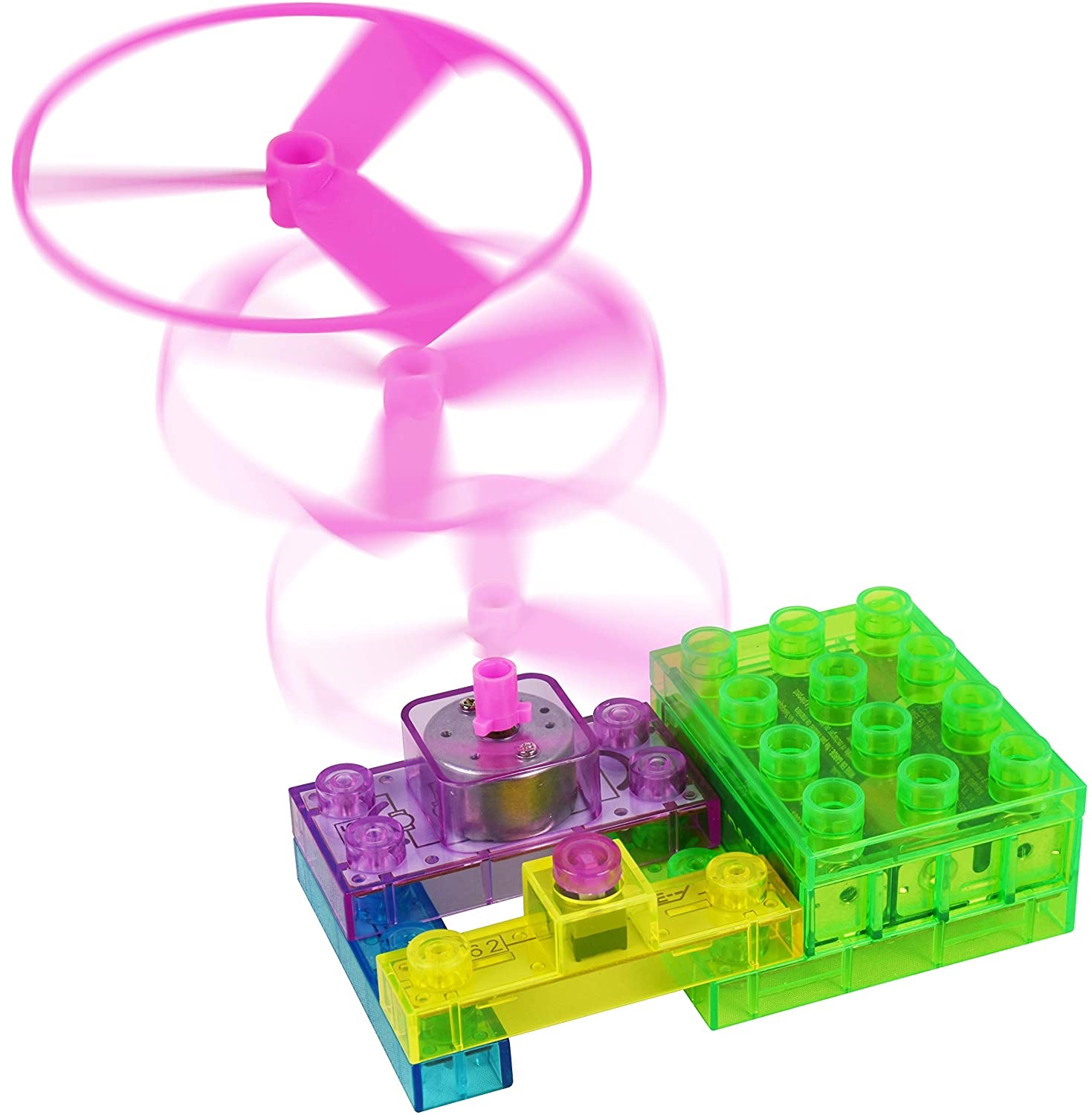 An all-time classic game rivaled only by corn hole in its accessibility and omnipresence everywhere from resorts to backyard BBQs, Jenga Giant takes the tabletop game of tiny stacked wooden bricks and bulks it all up for outdoor play. Each player removes one brick from the tower and replaces it back atop the structure. Whoever misplaces that last brick and brings down the tower loses. At most party scenes, the slow-motion display of the tower collapsing is as much fun as the game itself. 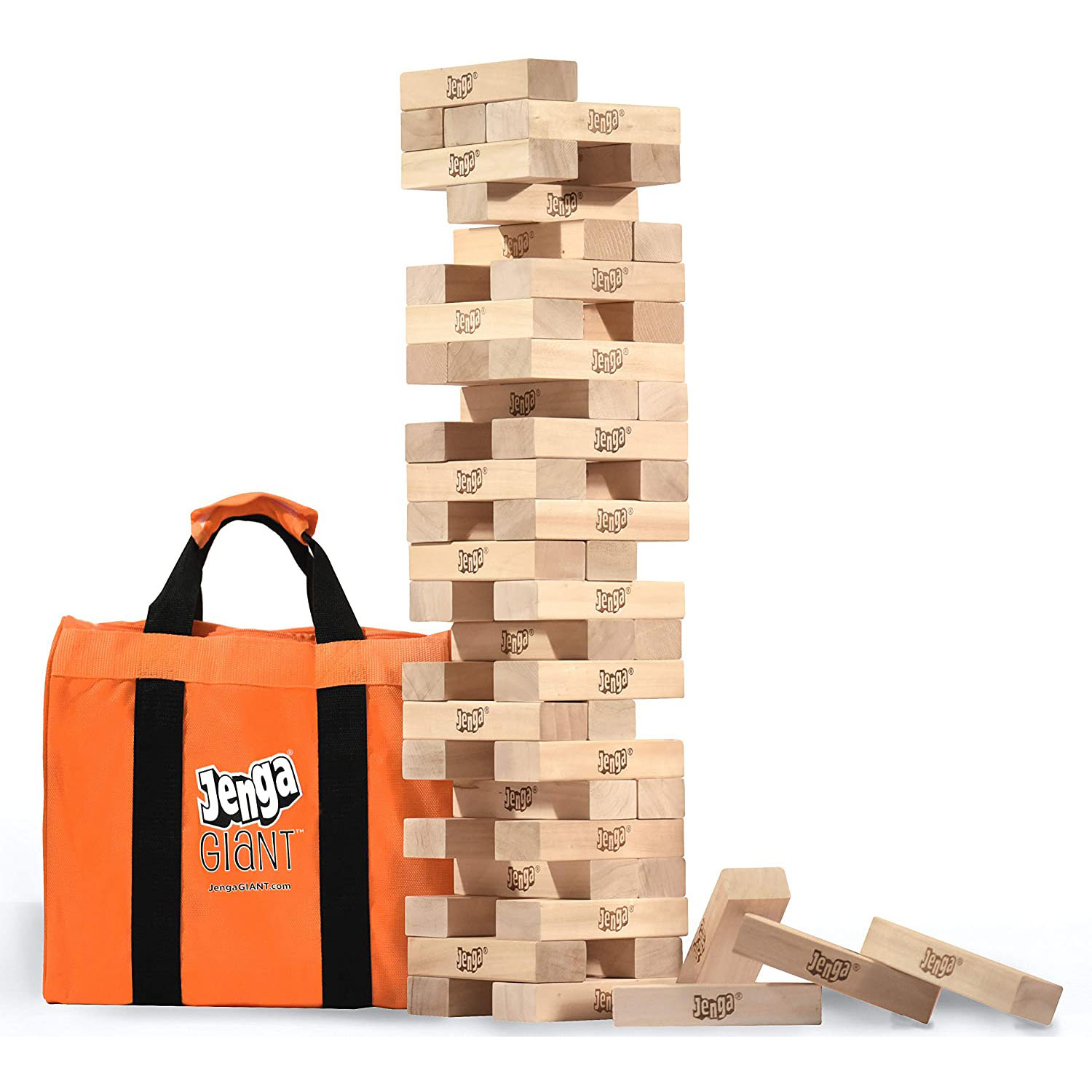 Once upon a time, in a happier world, there was a wonderful outdoor game called Jarts. In a sort of aerial horseshoes, players lobbed weighted metal darts underhand at a plastic hoop some distance away on the ground. Hilarity ensued. One unfortunate kid took a Jart to the dome, and the game vanished from shelves forever in an amazing feat of liability litigation. Flarts brings a bit of that history back without the potentially lethal metal points. As for the name, I think we know where they were going with that. 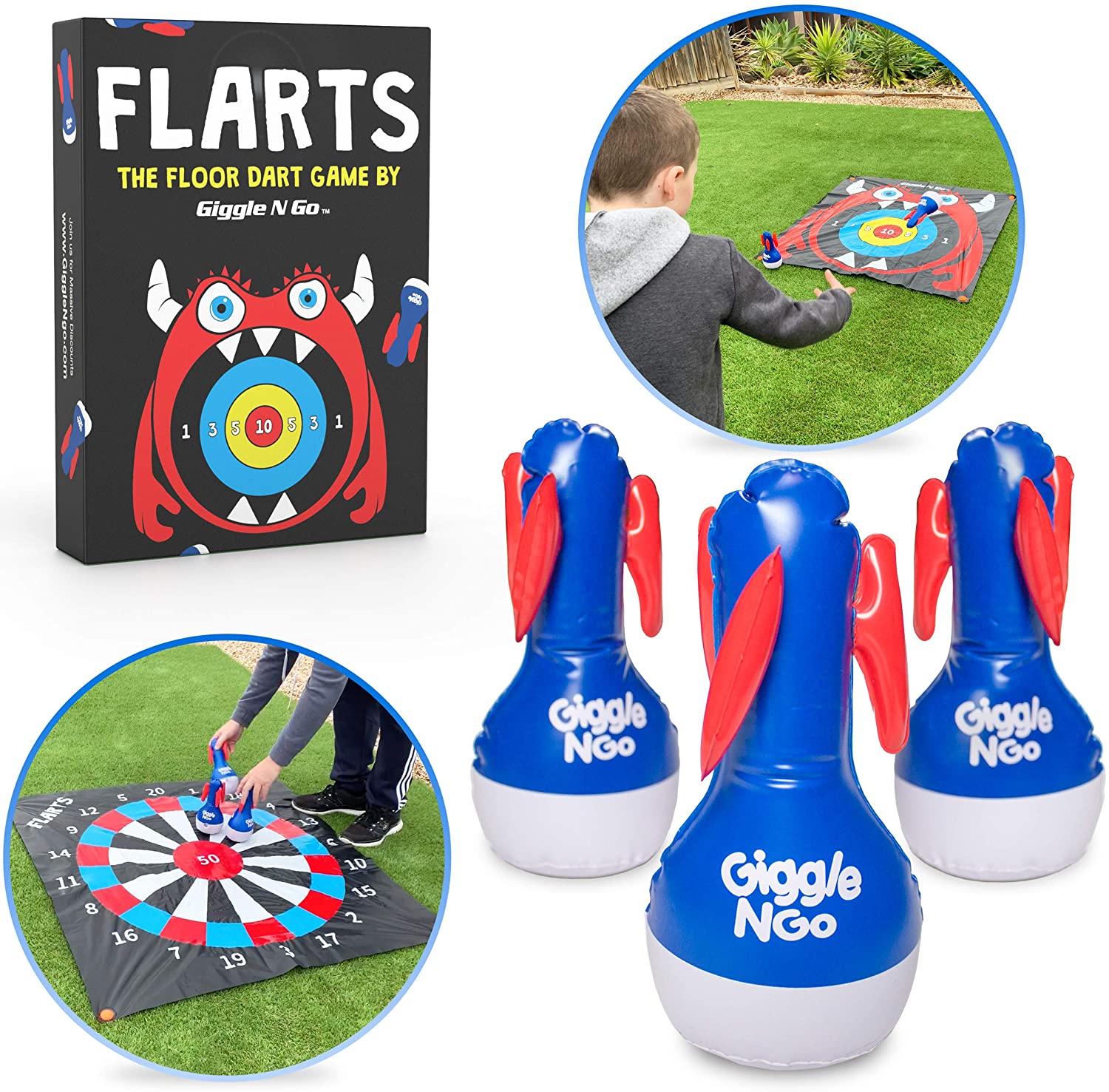 Does it get any better than Twister? This kooky, back-breaking game is fun for toddlers, kids, teens, adults and even grandparents. No matter who’s playing (or watching) we’re sure there will be tons of laughs to be had. If you need a refresh, the game works like this: twist the spinner on the twister board. Whichever color and body part it lands on, place your body part there and hope for the best that you don’t come tumbling down. 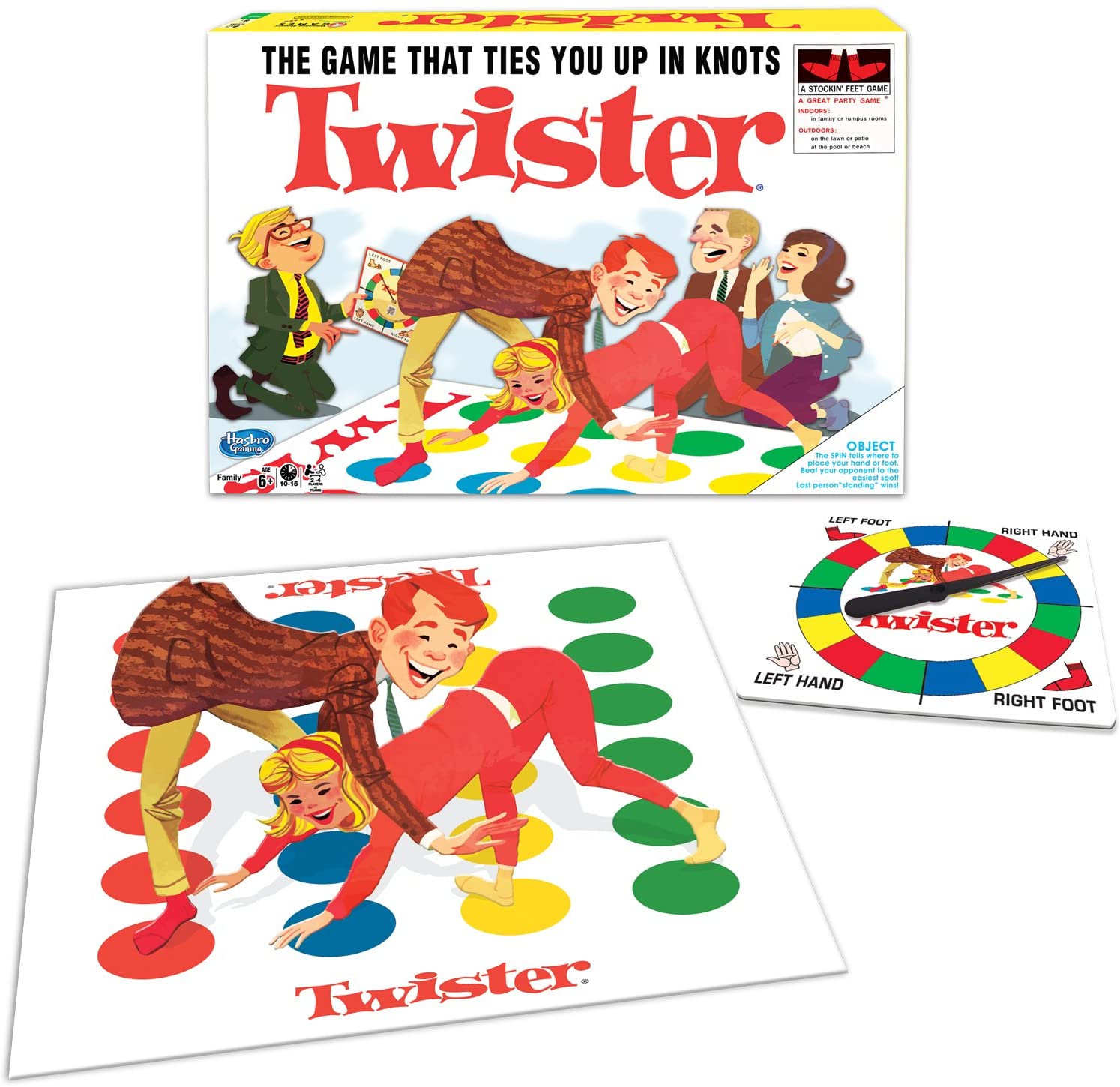 Another classic, Limbo is a hilarious summer game perfect for family parties and fun times with friends. It tests your limits as you try to bend backward lower and lower without falling. Try your best to win and beat out everyone else you’re playing with — just be sure not to pull anything in your back. How low can you go? 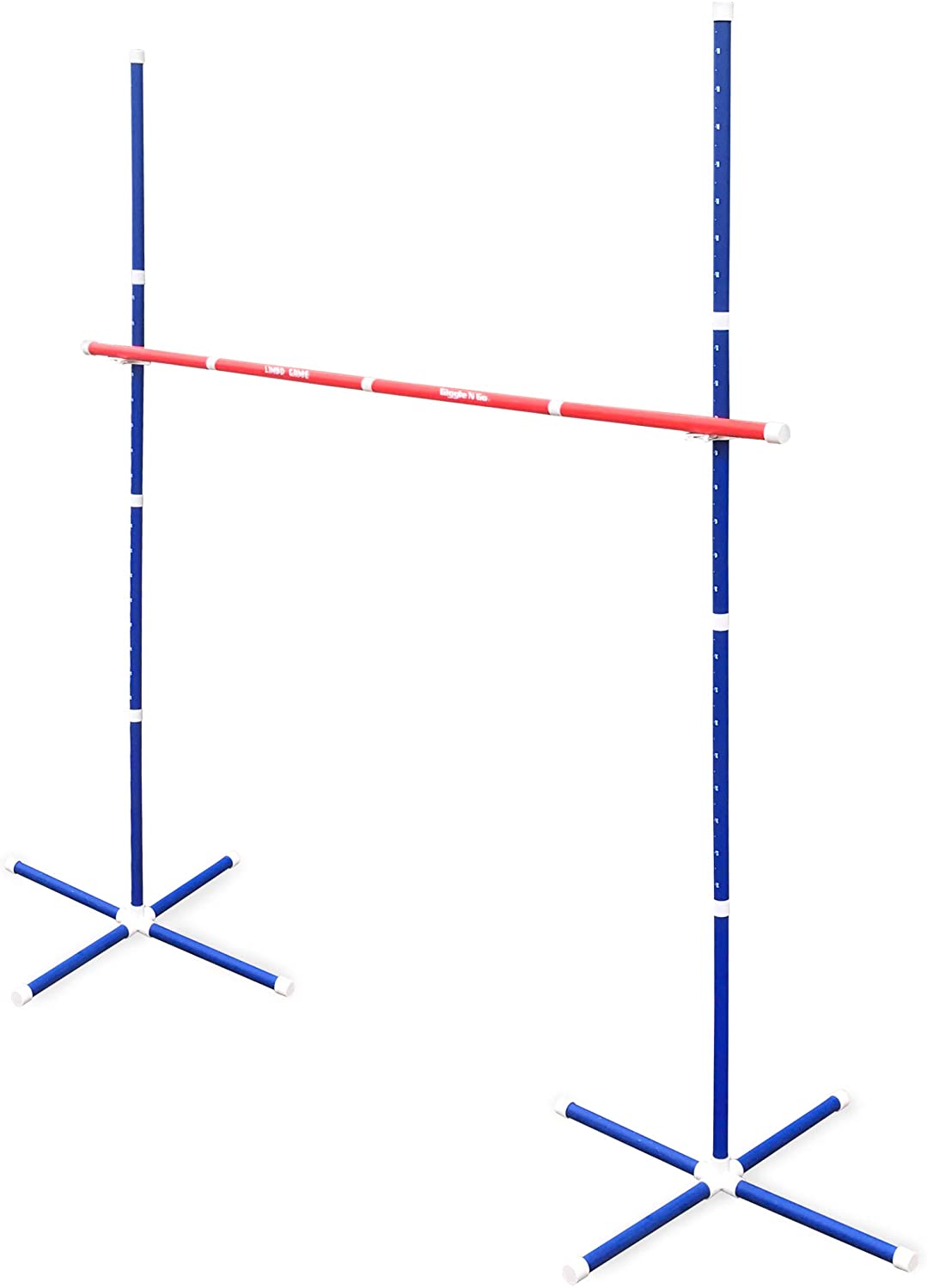 There was a board game created in the mid-1970s called Connect Four. This is not that game because to claim it was might irritate the people at Hasbro. Sure, it might seem similar as players drop large plastic discs into a grid in an effort to score four in a row up down or diagonally. It’s up to you to find a sister who you can call sneaky, if you’re of the proper age to catch that reference. 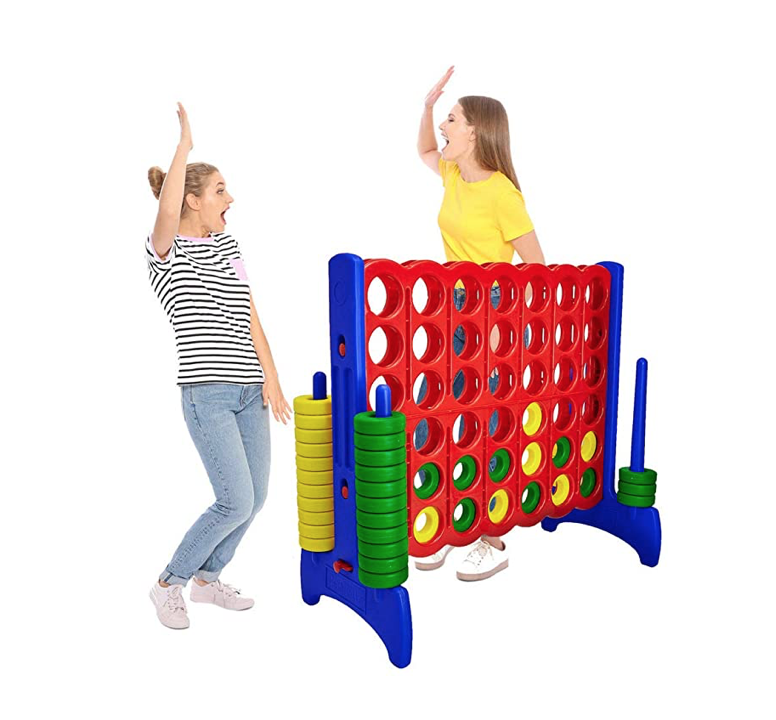 Giant 4 in a Row Connect Game

This is one of our favorite beach games. As with the previous outdoor game on this list, let’s tread carefully with our legalize. We make it very clear that there is no Frisbee in this game or in that photo below. It is a flying disc. Any mention of a trademarked novelty item such as a Frisbee could bring the most dreadful legal reprisals for the makers of the Knockoff Disc Toss. The Frisbee issue aside, this outdoor game is as simple as two poles, a target and a not-a-Frizbee. Set your distance and throw. 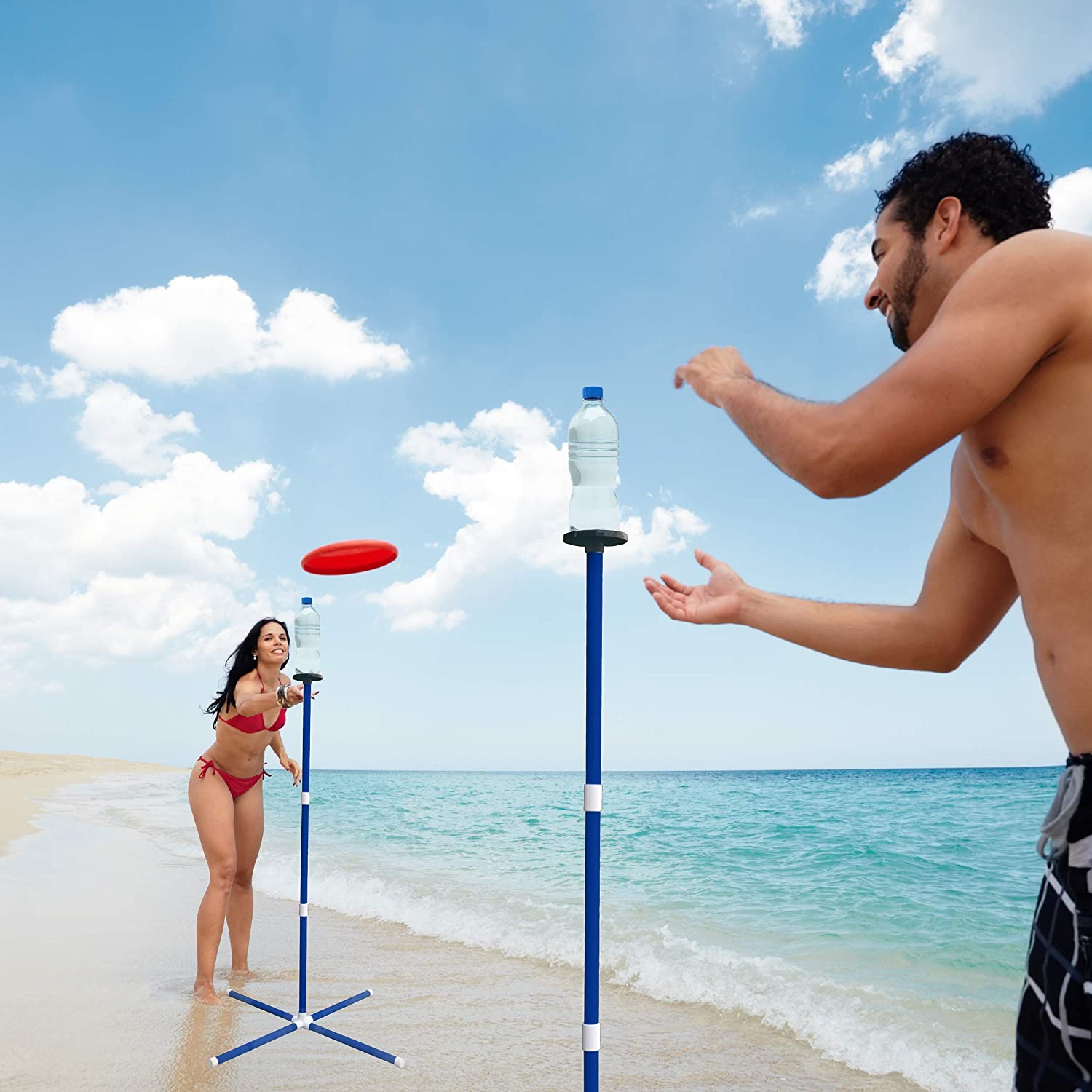 Another outdoor classic that plays like a modern, safer version of horseshoes, Ladder Toss sets up easily and allows players of any age to give it a toss. The simple pipe construction of the goals comes together easily. Then, players toss two balls tied together like bolos in the hope of hooking onto the goalposts. Just don’t stand behind the posts if a beginner is playing. 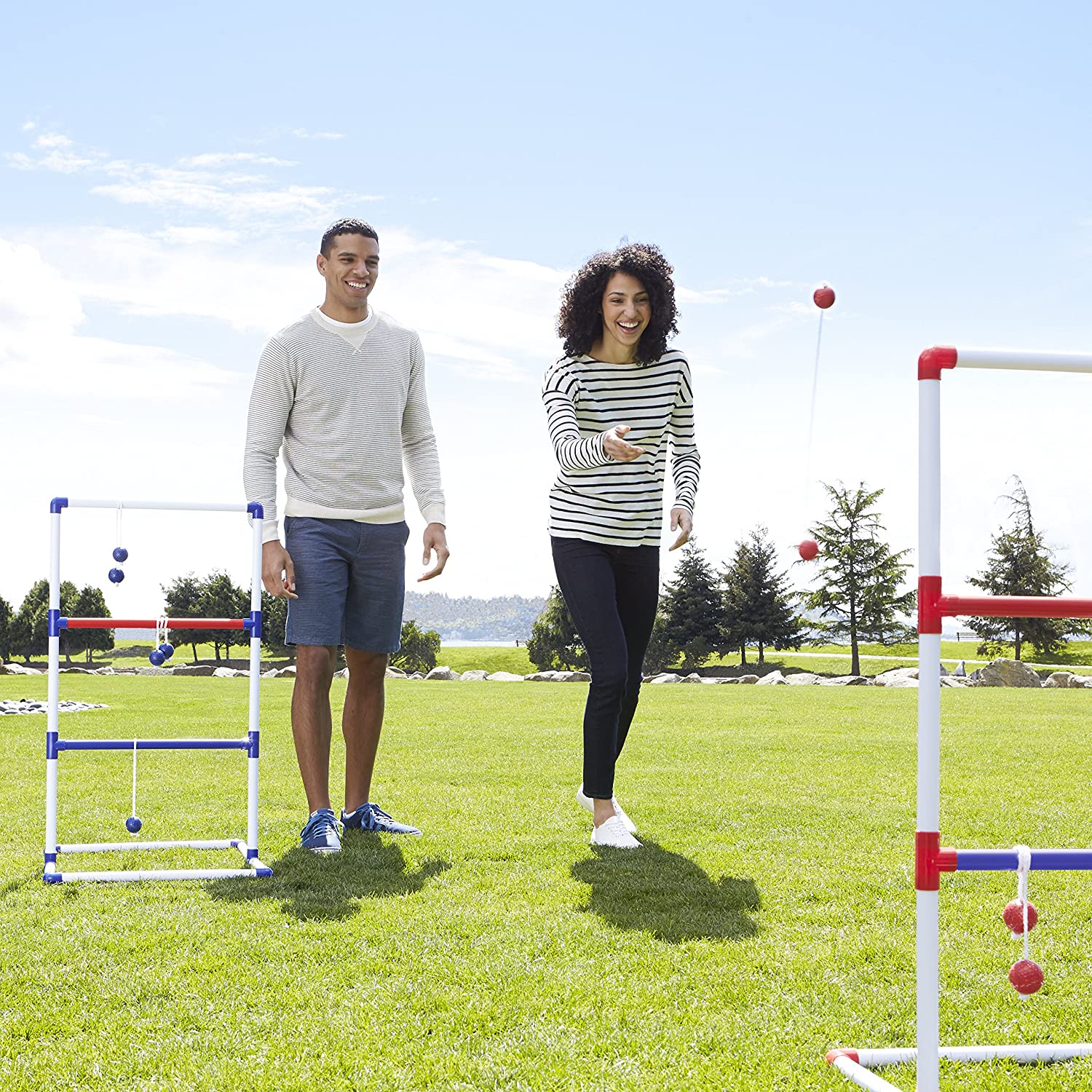 Anyone can smash a drive a couple of hundred yards down the fairway, and any drunk college student can master the cornhole board. But it takes great skill, touch and focus to play the short game around the greens. Looking a bit like the child of a cornhole board and an astroturf golf mat, the Chippo Golf game offers three net targets a player can shoot for from nearby, developing the kind of relaxed, deft chip shots near the putting surface demand. It’s a practice tool for the lone golfer and a yard game for friends. 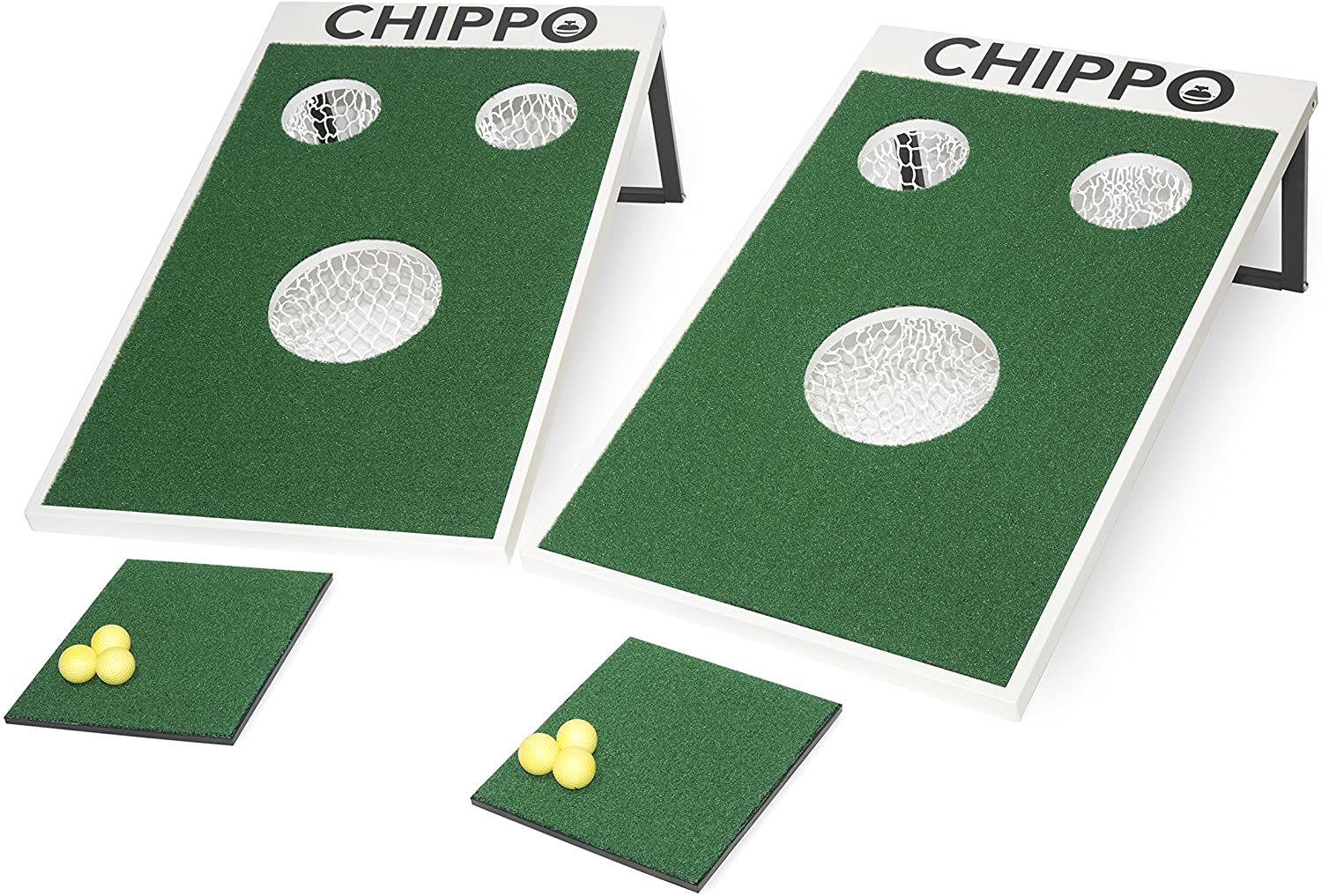 Another backyard take on volleyball, Spikeball invites two to four players to try their skills in a mix of spiking and digging. Using a small mesh trampoline, players serve off a bounce to each other. From then on, every shot must be saved and returned in no more than two touches — again with a bounce off of the net. The result is a fun, quick game that can be played with speed and power or with touch and finesse. 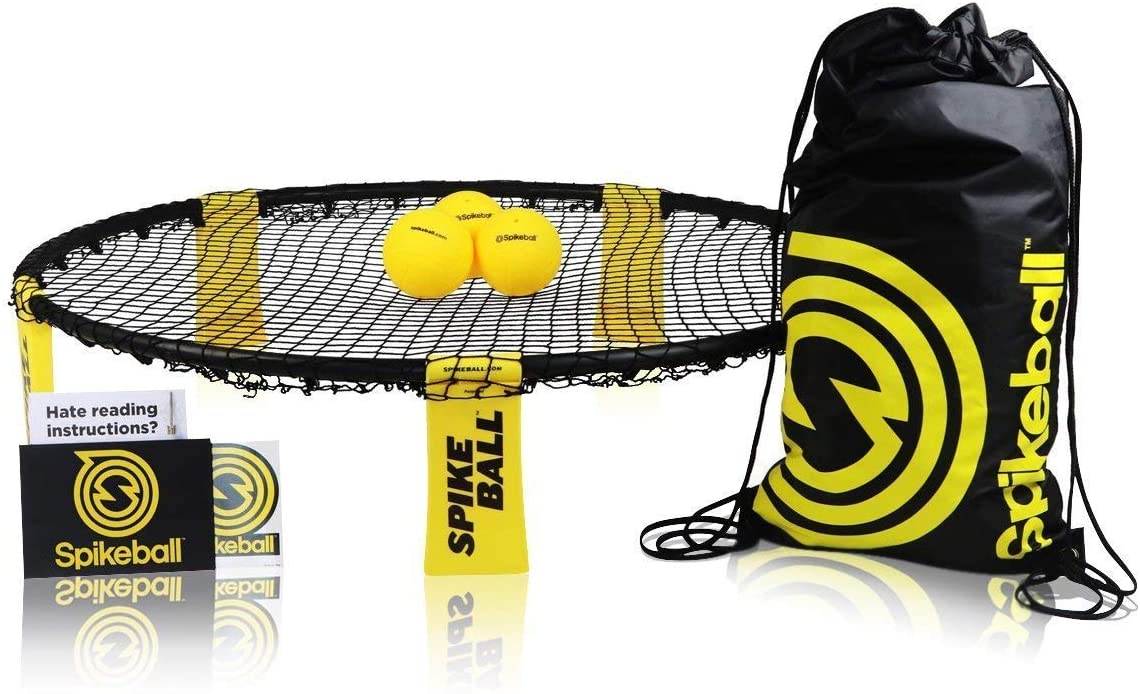