The 90s are back in a big way at Gap. The American clothing brand launched their “90’s Archive Re-Issue” collection this week, harking back to iconic pieces – and iconic looks – from the brand’s heyday. 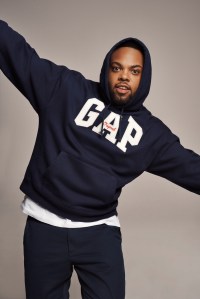 The 90s nostalgia extends to the campaign, which features supermodel (and Gap alumni) Naomi Campbell wearing the iconic pocket tee she modeled in 1992 for her Steven Meisel Gap shoot. The campaign also includes the children of former Gap models and ambassadors, including actor Evan Ross (mom Diana Ross modeled for Gap in 1991), Lizzy Jagger (daughter of Jerry Hall), Rumer Willis (mom Demi Moore famously wore a Gap denim jacket in 1990) and DJ TJ Mizell (son of Jam Master Jay of Run DMC, who wears the iconic Gap Logo Sweatshirt that his father wore in the “Original Fit Jeans” commercial in 1990). 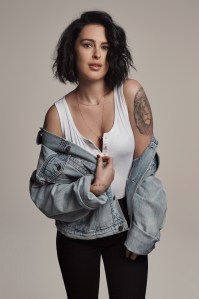 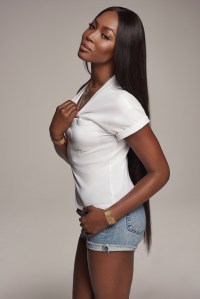 “It’s an honor to be here, in the same outfit that I wore twenty years ago in my Gap ad,” adds Campbell. “The creativity in the 90s is something I’m so grateful that I got to be a part of and to see and to learn from and to draw inspiration from.” 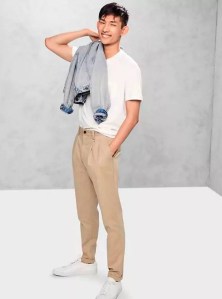 Pieces like the pleated khaki feel fresh again, paired with crisp white sneakers and a vintage-washed jacket. The logo T-shirt is also making a comeback, and there’s no better one to throw on than the classic G-A-P.

The 90s are having a sartorial moment so it makes sense to celebrate these classic pieces now.  The new (old) collection is a nod to the past and a celebration of the next generation as they re-imagine the iconic Gap looks in their own unique style.