In the beginning, there was Air. Then there was Jordan — and then there was everything. His Airness is the origin point of sneaker culture as we know it, and he remains the center of it to this day. There is nothing like a new pair of Air Jordans and there never will be. Accept no substitutes.

Air Jordans have never been just sneakers. Whether it’s the still-unmatched design (the most iconic of the line largely the work of the legendary Tinker Hatfield) or the ties to the basketball GOAT, Jordans are a nexus point, the accumulation of years of mythmaking and on-court accomplishments and iconic colorways. And nobody is crafting more thoughtful explorations of what these shoes mean than the folks at A Ma Maniére.

Maniére is a boutique sneaker store primarily located in Washington, D.C. It’s the brainchild of James Whitner, who merges the worlds of luxury and streetwear with a great deal of thought and intention, often centering projects around cornerstones of the Black experience in modern America.

While his stores (he’s also the guy behind the popular Social Status) have collaborated with brands ranging from adidas to Nike, it’s Maniére’s Jordan collaborations that have garnered the most attention. It isn’t hard to see why. The collaboration debuted in the spring of 2021 with an Air Jordan 3 that proved a lock for the best sneaker of the year. From a silky quilted inner lining to luxe leather and suede detailing, it was an instant classic.

The brand’s collaboration continues this year with its take on the Air Jordan 2. Once again, it’s a lock for end-of-year conversations surrounding the best sneakers of 2022, and the new A Ma Maniére x Air Jordan 2 Retro “Sail and Burgundy” is somehow both understated and bold (these sneakers have also been listed as the “Airness”). Maniére’s take on the Jordan 2 features a colorway very much in line with its previous releases; cracked gray leather and quilted lining have become staples of their kicks, as have the deep violets that accent the Jordan 2. 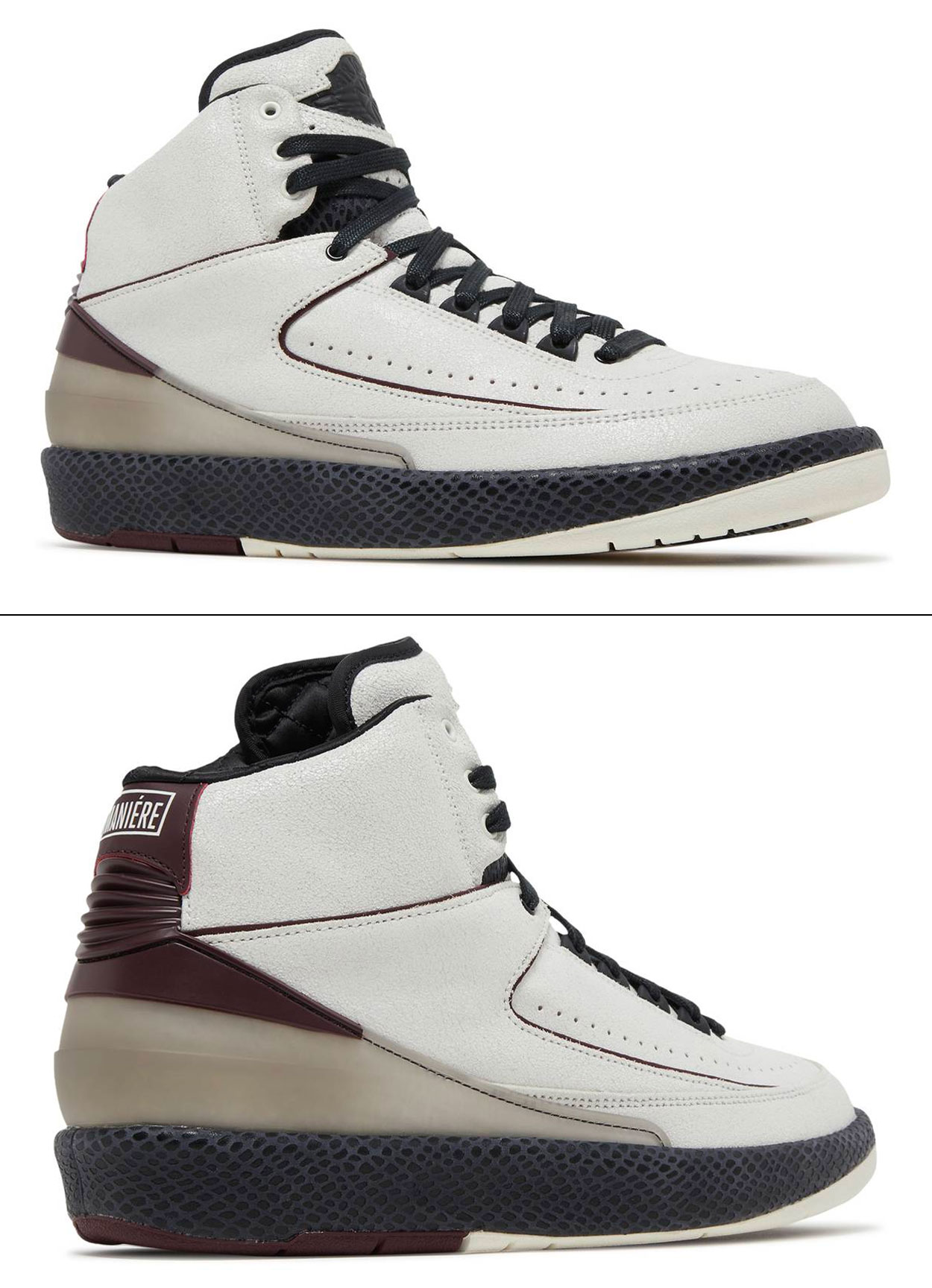 Courtesy of A MA MANIÉRE

The launch also pointedly centered women, with Whitner designing the shoe as an homage to the influence of women both in his life and in the Black community. It wasn’t lip service; the shoe was released exclusively in women’s sizing and, through a series of deliberate drops, the brand made sure that women would be the first to have the chance to pick up a pair. It was followed by another pair of Air Jordan 1s that featured similarly intentional messaging and storytelling.

That said, the shoe is once again secondary to the story as far as Whitner is concerned. The launch coincided with the debut of a short film titled “Airness,” which features a spoken-word poem from Kyla Lacey. It delves into the concept of Airness at large, and the idea that what the word means transcends the man who once defined it.

Centering ideas such as this on the grandest stage in sneaker culture is all too rare these days. Many attempt it, but those attempts often read as insincere. After all, what are they here to do if not sell sneakers? Maniére sets itself apart from the rest because of how forward they’ve been about this message from the jump. This has never just been about sneakers for Whitner and his crew, and one suspects it never will be. Sneakers are often just sneakers, but when they help initiate the conversations Whitner is intent on starting, they can be something bigger.

The A Ma Maniére Air Jordan 2 launched June 1 on a-ma-maniere.com with further pairs to be made available on Nike’s SNKRS app at a date yet to be determined. For now, sneakerheads will have to turn to resale sites such as StockX if they want to order a pair of their own.