The 2020 Ryder Cup is ready to tee off this weekend at Whistling Straits golf course along the Great Lakes shores of southeastern Wisconsin. Delayed for a year by the Covid-19 pandemic, the biggest event in international golf will pit Team Europe against Team USA as the top names in the sport play for their countries instead of their own trophy cases. (Like the Tokyo 2020 Olympics held this summer, the tournament is still branded as the 2020 Ryder Cup, even though it’s taking place in 2021.)

The merchandising flow for any Ryder Cup is as big as the event itself, with even the official uniforms and special event clothing provided to the players becoming available for golf enthusiasts to own. Wisconsin’s own Allen Edmonds (headquartered In Belgium, Wisconsin, mere miles from the world-famous golf course hosting the tournament) is in on that action — providing the official dress shoe of Team USA.

Fans of the American contingent can enjoy the same elite formal footwear as the players with the special edition Allen Edmonds Ryder Cup Park Avenue Cap-Toe Oxford. The shoemaker kept the styling simple for its Ryder Cup editions, avoiding a wingtip brogue and sticking with the more basic, sleek, lace-up cap-toe. Retailing for $395, the Ryder Cup editions are available for a limited time or as long as supplies last via the Allen Edmonds site.

We’ve had the chance to wear the Allen Edmonds Ryder Cup shoes for ourselves, and they have the same high-quality construction and stylish design we’ve come to expect from all Allen Edmonds footwear. 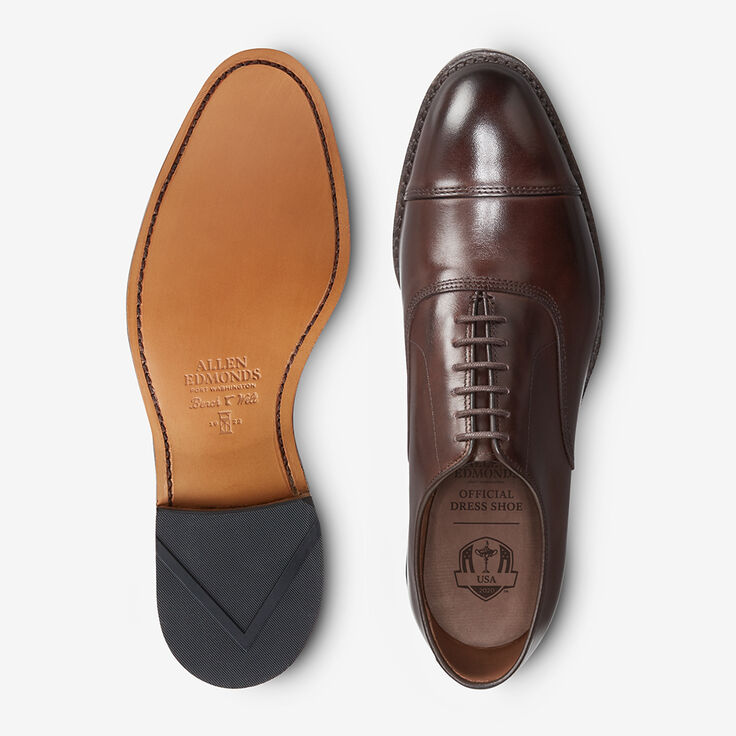 According to the shoemaker’s own history, Allen Edmonds was established in 1922 and remained a popular brand regionally and amongst elite shoe collectors looking for top build quality. The company grew from 18 stores in 2006 to more than 70 in 2021. Subsequently. Allen Edmonds evolved into one of America’s top luxury shoe manufacturers over the years. Always known for handmade dress shoes that will last a wearer for a lifetime, the brand is evolving in the 21st century with more casual styles. 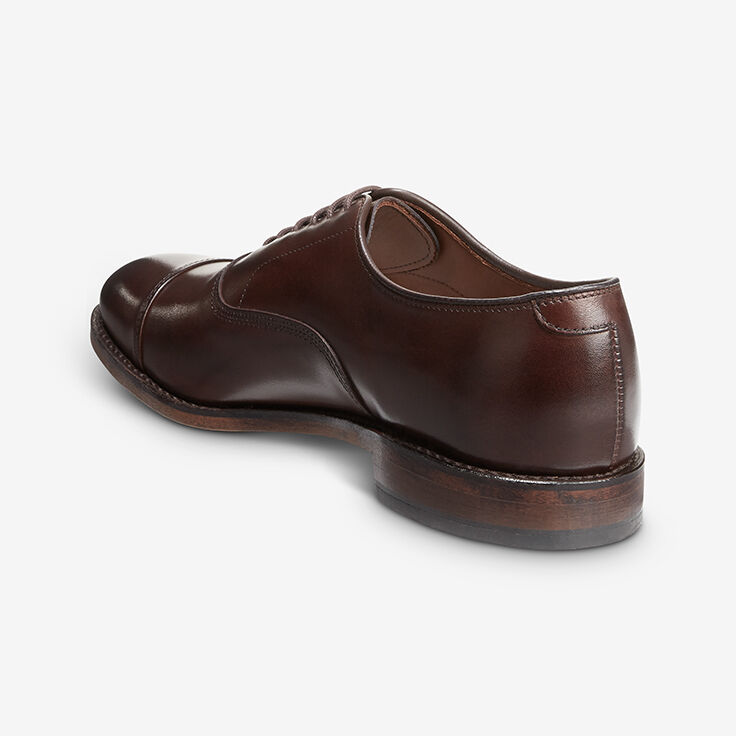 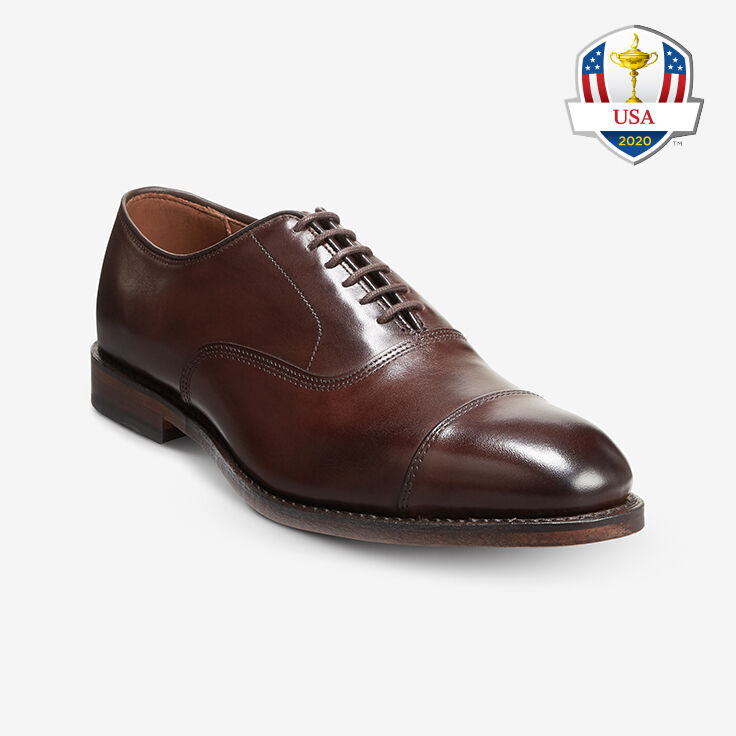 Still, there’s nothing casual about the official Ryder Cup Oxford. Forged from high-quality leather and made to exacting specifications, these Ryder Cup editions join the Allen Edmonds family as yet another pair of shoes that will stay with the owner for life. These are the very dress shoes Team USA members will wear to the Ryder Cup receptions and photo opps away from the course. In keeping with the player connection, the Oxfords wear the official Ryder Cup logo in their soles to mark the unique edition.

Built to last, the Ryder Cup cap-toes qualify or Allen Edmonds’ recrafting service. Owners can send their Allen Edmonds shoes into the company HQ or drop them off at an official retail store for complete rebuilds and handmade repairs. According to the company, the program saved more than 500,000 pairs of shoes from the scrap heap over the last 10 years.

Allen Edmonds participation in this year’s Ryder Cup prepares the company for other major upcoming events as the company turns 100 next year. Meanwhile, the official 2021 Ryder Cup tournament began on Friday, September 24.

Review: Buy a Pair of Allen Edmonds Shoes and Wear Them for Life