After taking some time off to tend to her family, Angelina Jolie is heading back into the spotlight, this time as the face of Guerlain’s new fragrance.

From Hollywood Life:
Angelina Jolie, 41, has long been viewed as one of the most glamorous women in Hollywood, and now she’s got a beauty gig to fit that title. Teaming up with iconic French beauty brand Guerlain, the actress will serve as the face of their new fragrance, Mon Guerlain.

Marking her first beauty partnership, a statement from the brand said that plans to have Angelina join Guerlain were confirmed back in Dec. 2015 while Angelina was in Cambodia directing her film, First They Killed My Father. The actress and humanitarian proved to be the perfect match for Guerlain, which was first created in 1828, as her own beloved mother was a fan of Guerlain powder. 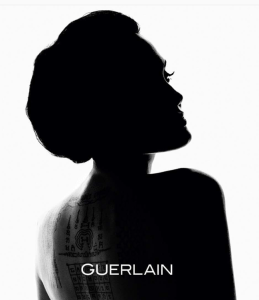 The collaboration was revealed on Instagram today (above). For the scent itself, Guerlain’s Master Perfumer Thierry Wasser drew his inspiration from Angelina and “the choices, emotions and dreams that embody modern femininity.”

Removing herself from the public eye since filing for divorce from Brad Pitt, this marks Angelina’s first project since the split was announced back in Sept. 2016. In keeping with Angelina’s humanitarian efforts (she is a Special Envoy of the UN Refugee Agency and co-founder of the Preventing Sexual Violence Initiative), Angelina donated her entire salary from the Guerlain campaign to charity, according to the brand.

This article is being republished with the permission of Hollywood Life. To read the full version, click here. If you buy something because we told you about it, we may receive compensation from retail partners.