The Auction Block is a new series on Spy highlighting cool and unique products on auction websites. This week we’re putting a spotlight on Hender Scheme’s unique collaboration with Adidas, first launched in 2017.

The world of intellectual property lawsuits is a tricky one, especially in a business as fickle and ever-evolving as fashion. What constitutes a knock-off and what’s an homage or a simple coincidence isn’t just subject to the court of law, but is also subject to the court of public opinion. Sometimes it’s better to roll with the punches, or even better — link up with your would-be defendant than it is to sue them into oblivion, especially if they’re a smaller company.

The latter option is not only costly in the short term, but it can hurt the bigger brand’s image, making them look like a bully. Take Supreme, a brand known for reworks, which earned a sharp rebuke from Barbara Kruger (the conceptual artist who undoubtedly inspired Supreme’s box logo) and the culture writ large for suing a smaller brand for making a parody version of Supreme’s brand. Or, more recently, Nike’s lawsuit against Lil Nas X. Nike came off looking like a Goliath attacking David, while Lil Nas X, being the savvy self-marketer that he is, turned the lawsuit into a meme (and a promotional opportunity for his new music).

The more amicable approach is the one German sportswear giant Adidas took when dealing with Hender Scheme, a small design studio based in Tokyo that made a name for itself making natural-colored, vegetable-tanned leather versions of classic sneakers (including Adidas) and other shoes. Rather than pursue a lawsuit, Adidas linked up with Hender Scheme in 2017 on a series of reworks of Adidas’ popular shoes.

Unlike other high-low collabs, the quality standard didn’t drop to meet the mass market brand’s consumer expectations. Rather, these were priced at the astronomical levels Hender Scheme fans would expect. They originally retailed for around a grand, but they’ve been selling on StockX for about a third of that, as the original hype around these shoes abated in the intervening four years. 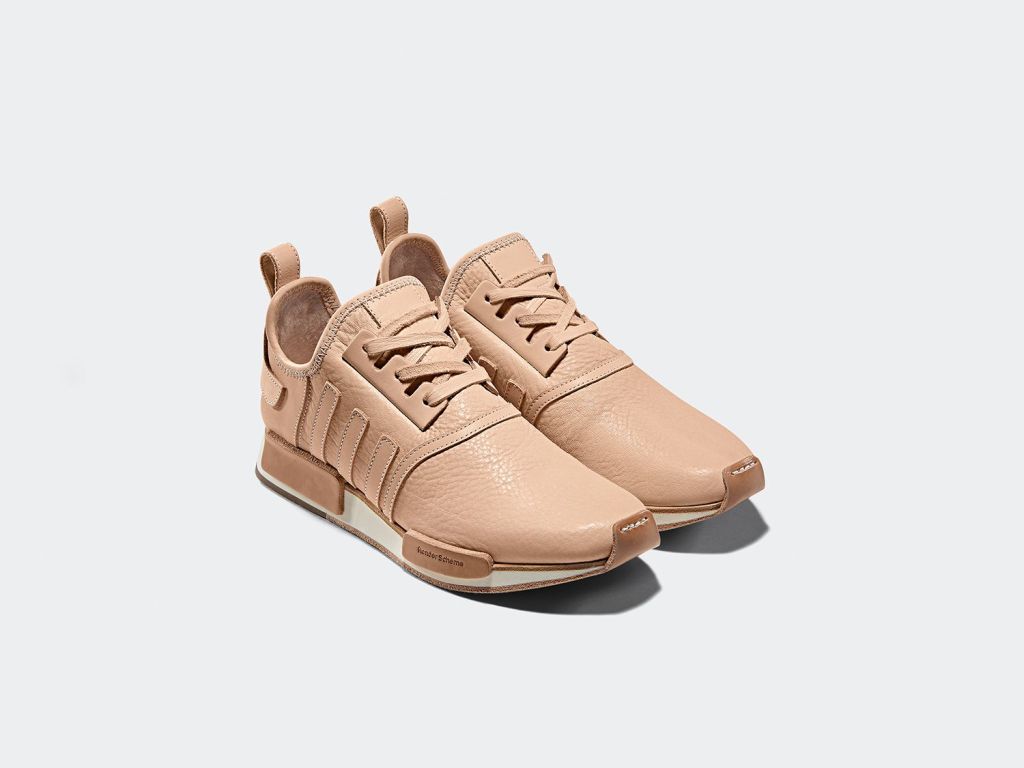 On the one hand, Hender Scheme is profiting off the likeness of Adidas’ products. But, on the other hand, no one would mistake a Hender Scheme Superstar for a regular one. You can’t say the same for the countless fake Yeezys, for example. The high price point of Hender Scheme conversely keeps the profit margins low. It’s not like the average consumer who’s looking to spend $200 on a pair of Adidas is going to buy a $1,000 Hender Scheme shoe, instead. That’s a bit like comparing a real balloon animal to one of Jeff Koons’ balloon animals.

The artworld is an apt metaphor, because the Hender Scheme shoes are more like art than a commercial product. They just happen to be a piece of art that you can wear. And if you buy them, you should wear them. The cool thing about natural vegetable-tanned leather shoes is that they’ll develop a unique patina with wear, eventually darkening into various shades of brown. Compare that to the average sneaker, which just breaks down over time.

These debates over what constitutes homage are merely intellectual, of course, because Adidas and Hender Scheme continue to collab. So if you’re a fan of the two fashion houses (or are just looking for a way to one-up your sneakerhead friends) take a stroll through the links below and pick up one of these rare collabs. Some are still available on sites like StockX. But as is always the case with the resell market, you never know when the price may jump significantly, or when the shoes may disappear entirely. 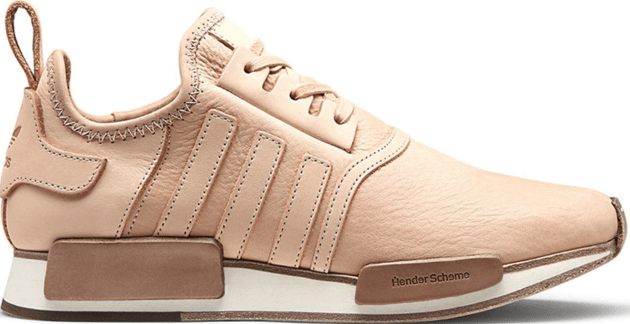 The Auction Block: Take a Step Back in Time with Tyler, The Creator’s Best Converse Collab