If you’re still waxing nostalgic for Barack Obama, then commemorate his eight years in office with the humorous Air Barack Tee. Created by an anonymous artist going by the moniker Unfortunate Portrait, they first began sharing their work on Instagram, becoming social media stars overnight. The clothing line came soon after, a wearable way to feature the art that made them so popular. 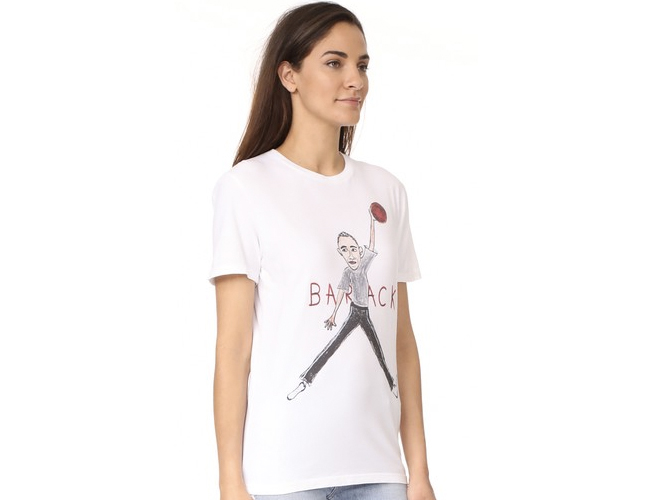 A typical piece of Unfortunate Portrait art is much like the Barack Obama t-shirt seen here: Celebrities deliberately drawn in a naive and childlike way, paired with quirky word play. This one reimagines the former leader of the free world in classic Air Jordan style, basketball in hand, mid-jump over a “logo” of his own name. Drawn in the manner of a kid’s crayon sketch, it’s complete with innocent anatomical errors like a missing neck.

While 44 has been keeping a low profile since his successor’s Inauguration, he’ll forever be an icon of American history. So, no matter your political affiliations, the smile-inducing charms of this “unfortunate portrait” is a cheeky tribute to the days of “Yes, We Can”.