Another day, another big campaign for model Bella Hadid. Yesterday, Hadid was busy promoting Bulgari’s new fragrance Goldea Roman Night in Rome for its official press day as the perfume’s official ambassador. Now, Nike has unveiled their latest campaign, starring the 20-year-old promoting the reissue of their iconic Cortez sneaker in honor of the style’s 45th anniversary. 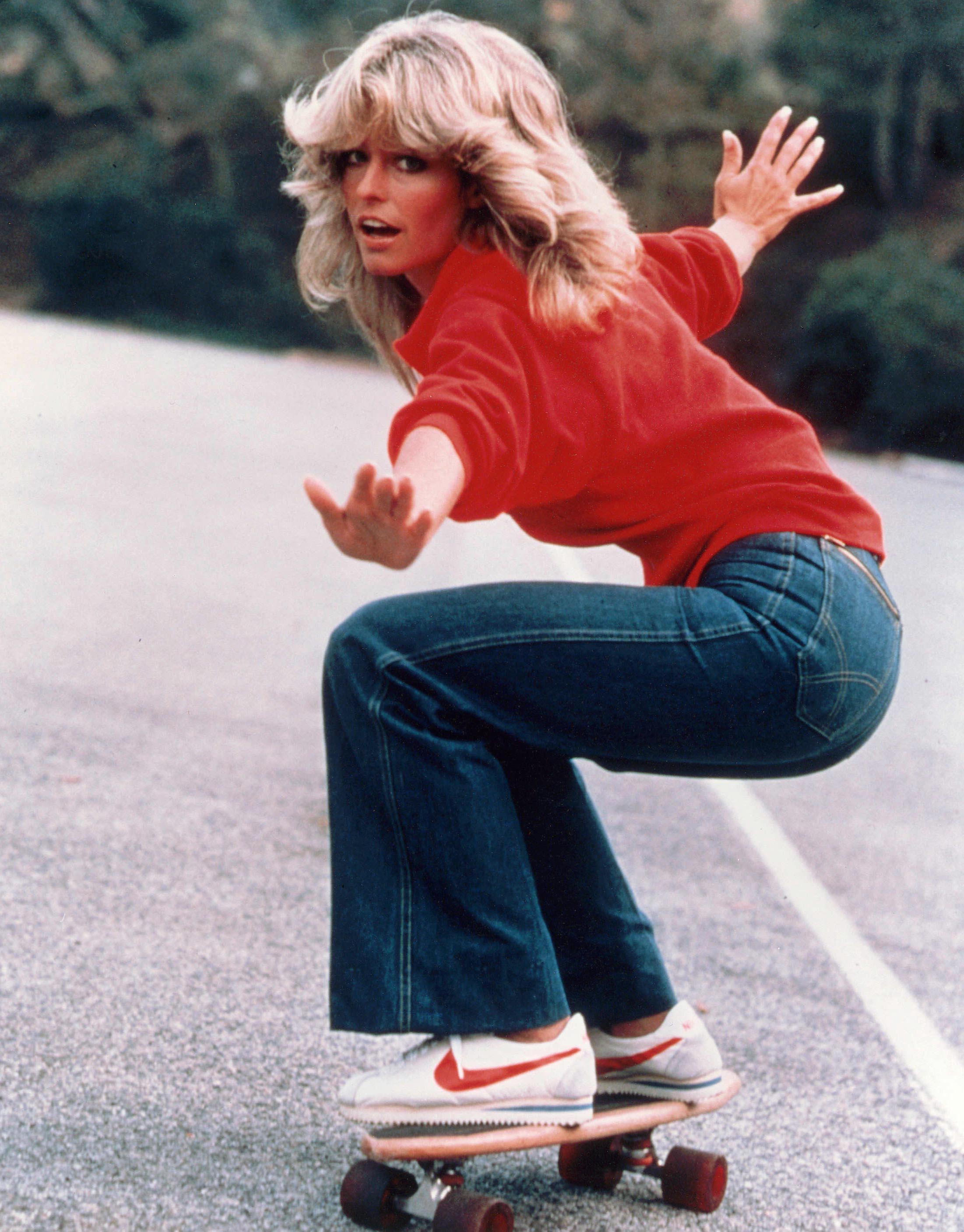 The Cortex originally debuted in 1972 and has a history of making appearances in pop culture history throughout the years. The Cortez was the sneaker of choice worn by Tom Hanks in the 1994 film Forrest Gump. Farrah Fawcett also wore the sneakers in a now iconic photograph of the star skateboarding in bell bottom jeans while on the set of Charlie’s Angeles.

Presumably, Fawcett’s iconic photo was the source of inspiration for the reissued Nike Cortez campaign. The golden-filtered photos emulate 70s-era color photography, while Bella’s retro (yet on trend) looks seem fitting for the modern relaunch of a vintage classic. And, in one of the campaign’s strongest images, Hadid perfectly emulates Fawcett’s original pose in true throw-back style, riding a skateboard downhill in an orange sport bra and jeans. 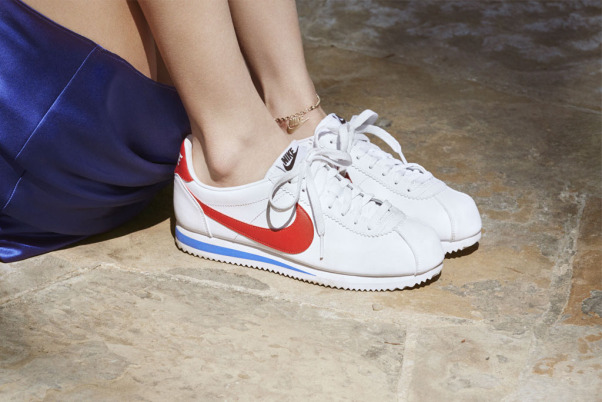 Hadid signed a contract with Nike back in November of 2016, but this campaign marks her first solo appearance for the brand’s advertising campaigns. And she seems to be pretty excited about the continuation of their partnership. According to W, the it-girl has already been seen wearing sneakers off camera as well.  “This one is about as classic as you can get,” Hadid told W. “Nike’s real OG and I wear it with anything, dressed up or down.”