The best boxer briefs are some of the most comfortable underwear for stylish, grown-up dudes.

Not only are boxer briefs the most secure, comfortable and versatile undies out there, but they’re also hugely favored by women. GQ conducted a survey to find out which kind of underwear women want to see on their man, and the answer was clear. Boxer briefs claimed a landslide victory with 64% of women saying they prefer boxer briefs over boxers, trunks and briefs. It’s true, boxer briefs are some of the sexiest underwear for men to exist.

The boxer brief trend is nothing new. It started back in the 90s with Mark Wahlberg’s notorious Calvin Klein ads. Since then, the fitted underwear has become the go-to for many dudes, and Calvin Klein still makes some of the best boxer briefs in the world. However, there are now dozens of other worthy boxer briefs on the market, all made from soft fabrics that keep your business cozy and secure all day long.

But what are boxer briefs anyway? Technically, they’re a hybrid between crotch-level briefs (a.k.a tighty-whiteys) and baggy boxers. This means they have security thanks to a snug fit that won’t bunch up like boxers, as well as a comfortable mid-thigh length. The hybrid design also makes boxer briefs the most flattering underwear by streamlining your behind, upper legs and crotch area. And for men and women who like to see a little tasteful bulge, boxer briefs bring the best of both worlds. They provide a flat profile when worn underneath pants but show off your goods when worn by themselves.

If you’re currently making the switch to boxer briefs — or you’re looking to upgrade to more grown-up briefs — we’re here to help. We rounded up 13 of our favorite pairs of boxer briefs for every lifestyle, budget and fashion sense. Check them out below.

Our ranking of the best boxer briefs for men includes some fabric blends. Usually, spandex or polyester is added to cotton for a little extra stretch. However, most of our picks for the best men’s underwear have two things in common: they’re made from ultra-soft Supima cotton and they’re affordable. These Uniqlo briefs offer exactly that. Buy two pairs for just $12.90 and enjoy the feel of this cotton fabric against your behind. Plus, Supima cotton is naturally antimicrobial and odor-controlling. 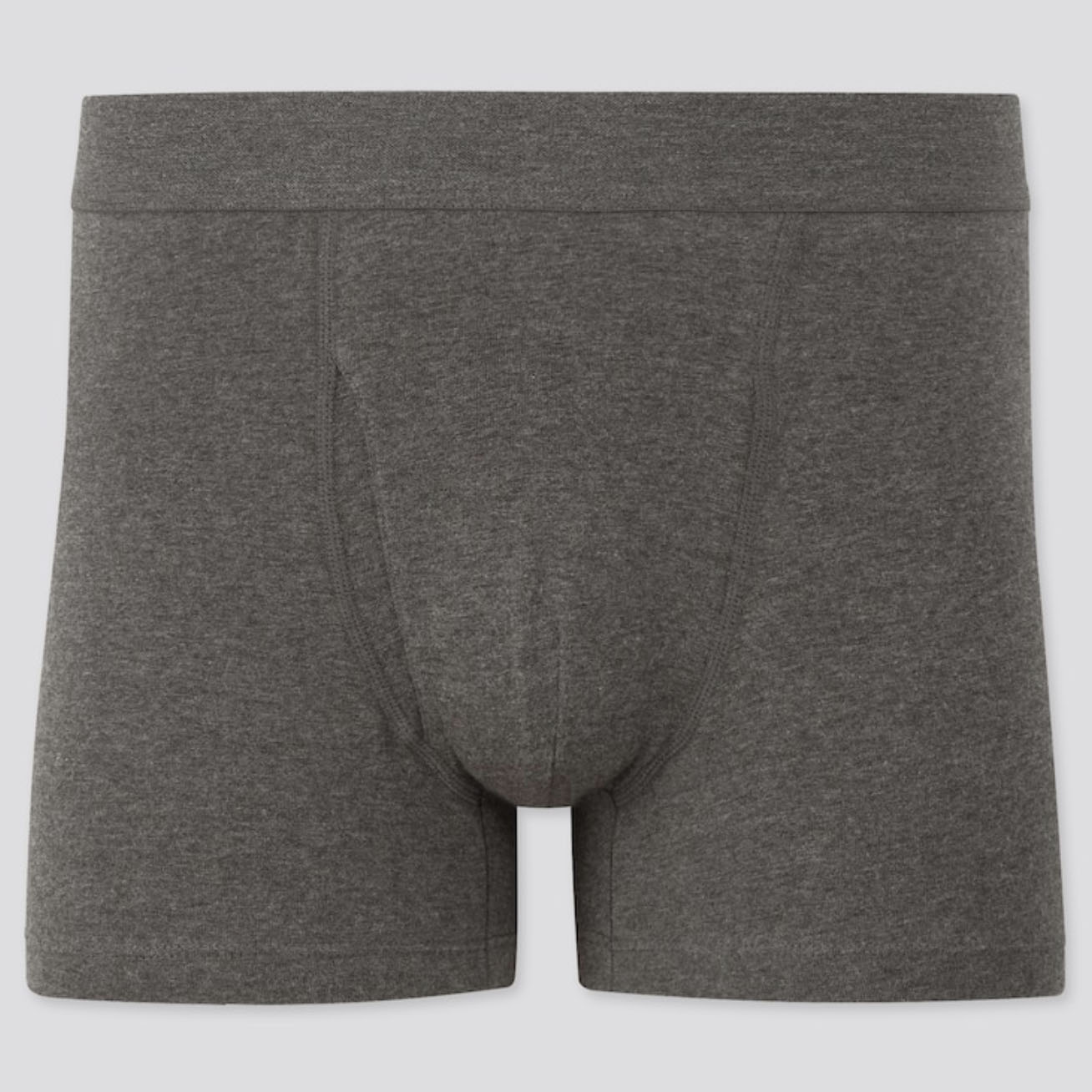 These briefs are simple but still boast the iconic CK logo waistband and a high-quality cotton-spandex blend material. Contrary to Calvin Klein’s reputation as an expensive underwear brand, the boxer briefs are actually very well-priced. This three-pack is currently on sale at Amazon for $28, bringing the price down to around $9 a pair. Combine that with thousands of rave reviews and you get underwear worth every man’s trunk. 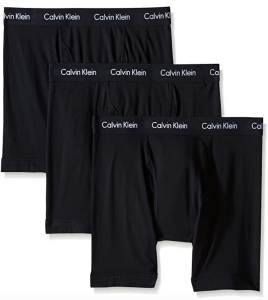 Our e-commerce editor Tyler is absolutely obsessed with these. “I can’t even express how comfortable these are,” he says, “from the form fit to the breathable fabric to SAXX’s iconic BallPark pouch, you simply can’t go wrong when putting these on.” SAXX is known for using high-quality materials to provide maximum comfort where you need it most. The innovative BallPark pouch provides an ample amount of room and support for your jimmies that other boxer briefs simply don’t have. If comfort is your number one priority, don’t look any further than the Vibe boxer briefs. 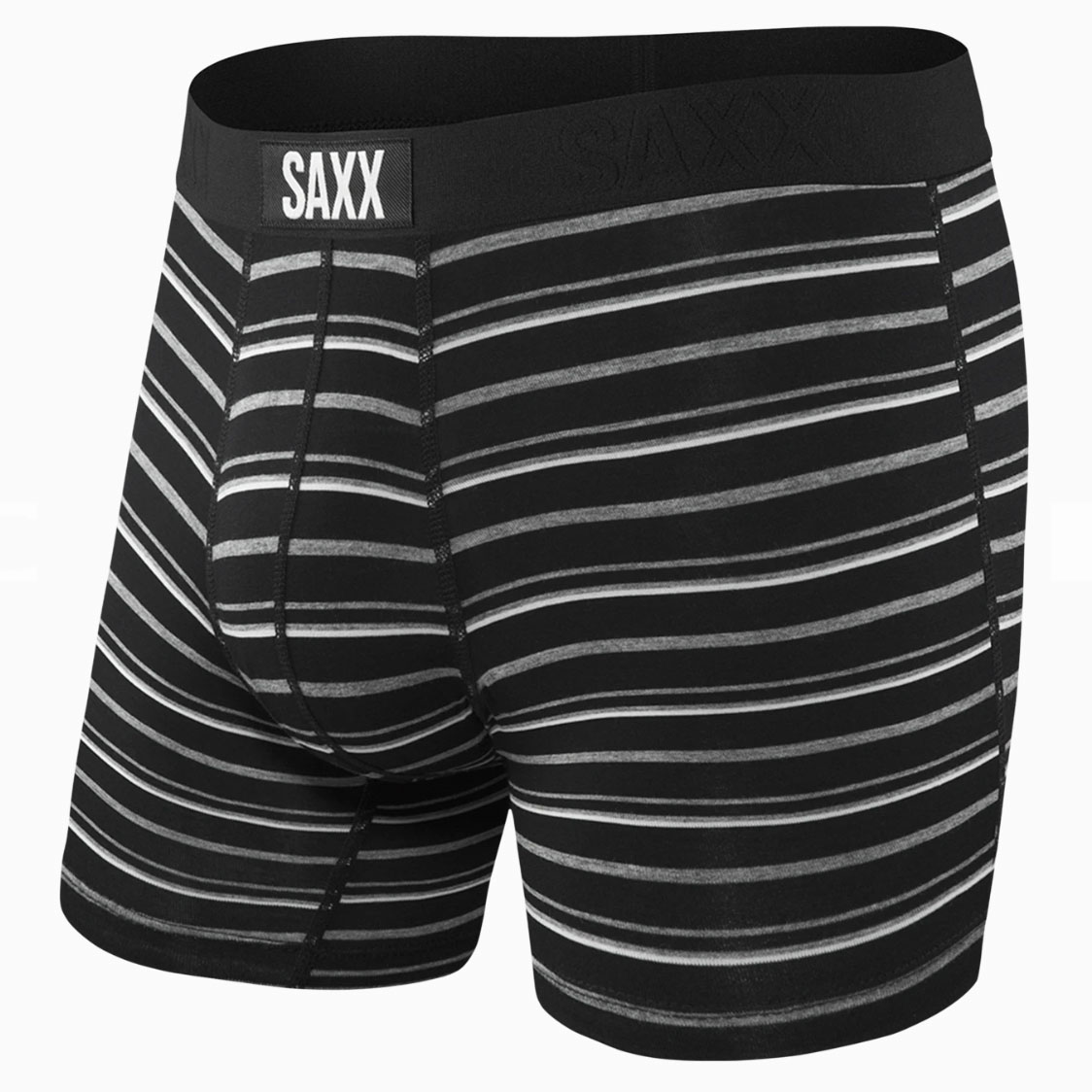 Like most of our picks for the best boxer briefs, these affordable undies from Amazon are constructed from 95% cotton and 5% spandex, giving them just enough stretch to fit comfortably. However, because they lack a designer name on the stretch waistband, they cost a lot less than some other products on this list. Customers will get a multicolored back of five briefs for just $22. 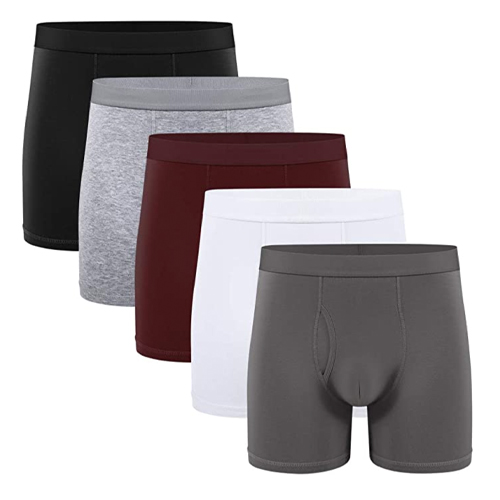 The minimalist look is very big right now, especially for professional dudes. Everlane is one of the leaders in this trend with streamlined, no-frills pieces such as these boxer briefs. They have zero branding or designs, just a high-quality Supima cotton-spandex blend material and a great fit. Thanks to their premium cotton materials and low price, these undies definitely earned a spot in our top three. 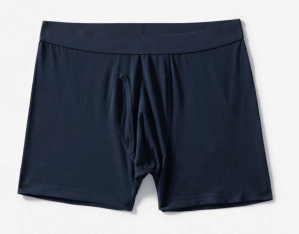 Once Marky Mark hit billboards in his Calvins, underwear was raised to new heights… and new price points. Luckily, you can still score affordable boxer briefs if you know where to look. This Fruit of the Loom boxer brief seven-pack, for instance, comes in at just $20, or about $3 a pair. Despite boxer briefs’ low price-tag, they still deliver impressive quality with a moisture-wicking cotton blend fabric, breathable mesh fly and contoured support pouch for your bits and pieces. 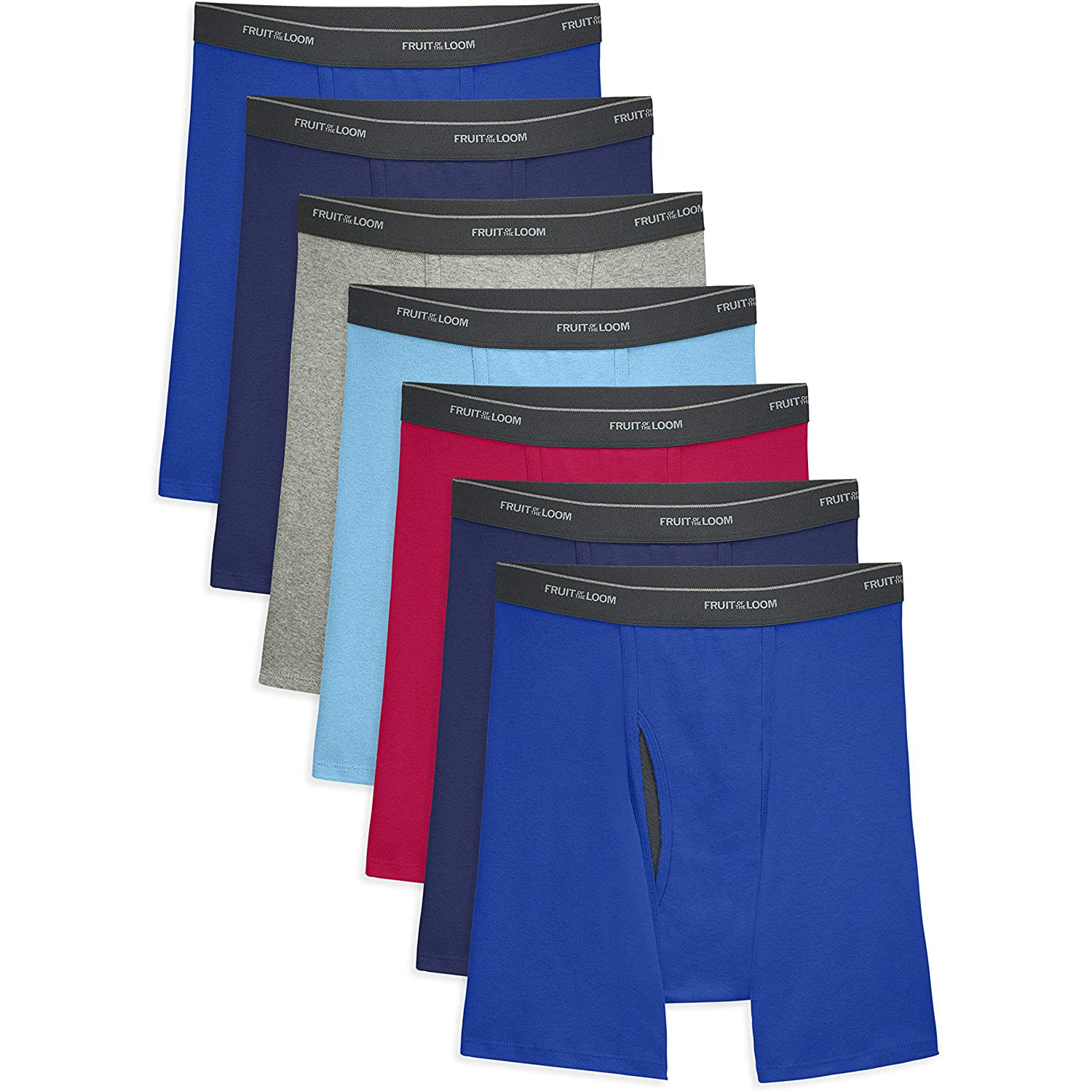 Mack Weldon began with the goal of upgrading men’s basics using high-quality materials and a straight-to-consumer shopping structure. These Silver undies are Mack Weldon’s highest quality boxer briefs, and one of their best pieces so far. Highlight features include an anti-odor Supima cotton fabric, no-roll waistband and a no-rise leg that will stay put no matter what. They’re slightly pricey, but for something as important as your first layer, we think it’s worth the investment. 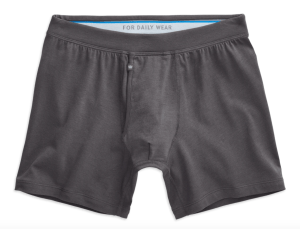 These Adidas boxer briefs lend themselves to an active lifestyle with fast-drying Climalite technology to help keep you cool and dry — even during intense workouts. These also help keep you secure during high impact exercise, with a double-lined mesh support pouch. 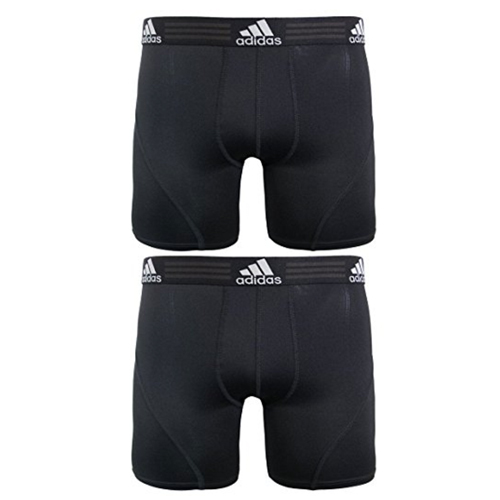 You know Allbirds, but did you know they also have underwear? Yup, meet the Allbirds Trino Boxer Briefs, your favorite new boxer briefs to dance around the house in this year. Just like their cozy sneaks and slippers, these boxer briefs are tremendously comfortable. They use combined eucalyptus fiber and merino to create a super-soft, moisture-wicking material everyone can get into. So, why not get into them? 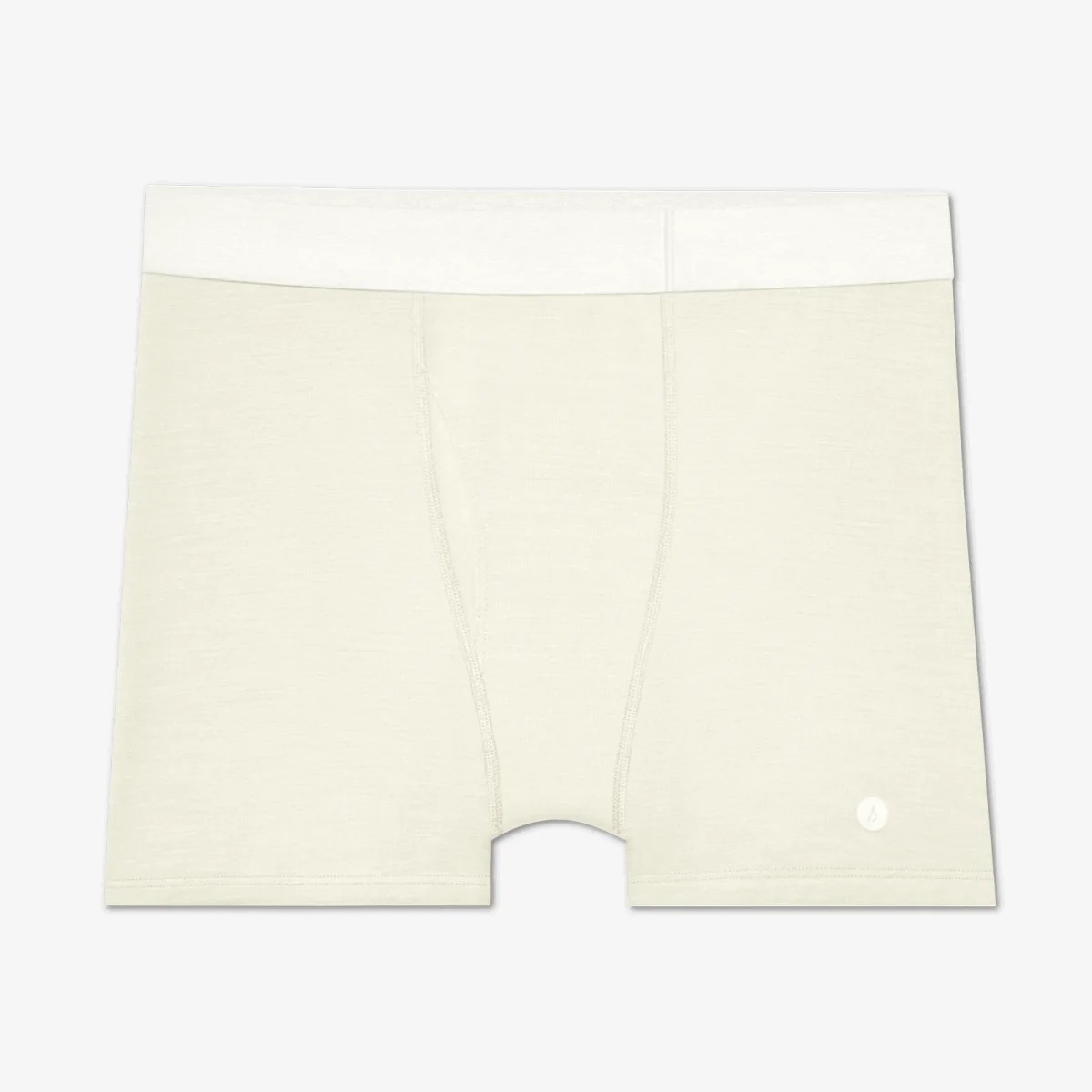 Supreme’s collection of boxer briefs in collaboration with Hanes has become a staple in every hypebeast’s wardrobe. Compared to most of Supreme’s coveted pieces, these underwear are much easier and more affordable at around $47 for a four-pack. They’re a subtle flex, making them great for trend-savvy skaters and well-dressed grown-ups alike. 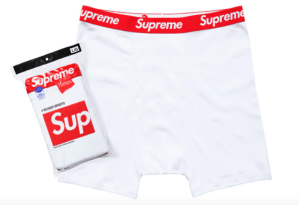 Most guys are guilty of keeping old underwear for too long. MeUndies takes care of that by offering a monthly subscription service for underwear (as well as single-purchase undies). And to make the deal even sweeter, their boxer briefs are very high-quality. The boxer briefs are offered in a wide range of 45 colors and patterns, broken up into classic colors, bold colors and adventurous prints. These cabernet red boxer briefs below are down the middle with just the right amount of adult flair. 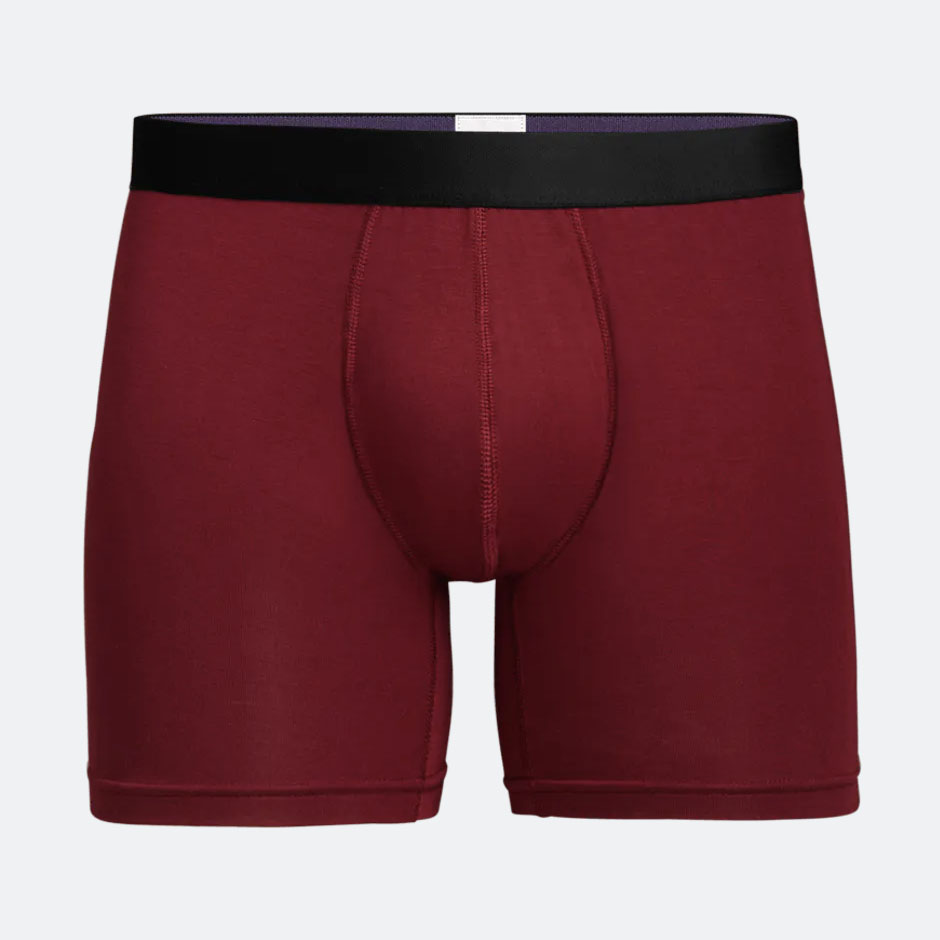 Organic boxer briefs? Organic boxer briefs. Entireworld impresses us day in and day out with their line of products. Unlike a lot of ethical and organic brands, Entireworld takes a more subtle approach to expressing its earthly duties, which we find kind of cool. These trunks are made from 100% organic cotton and offers a natural stretch to keep you cozy whenever, wherever. There are available in a multitude of colors but we think you can never go wrong with a classic grey. 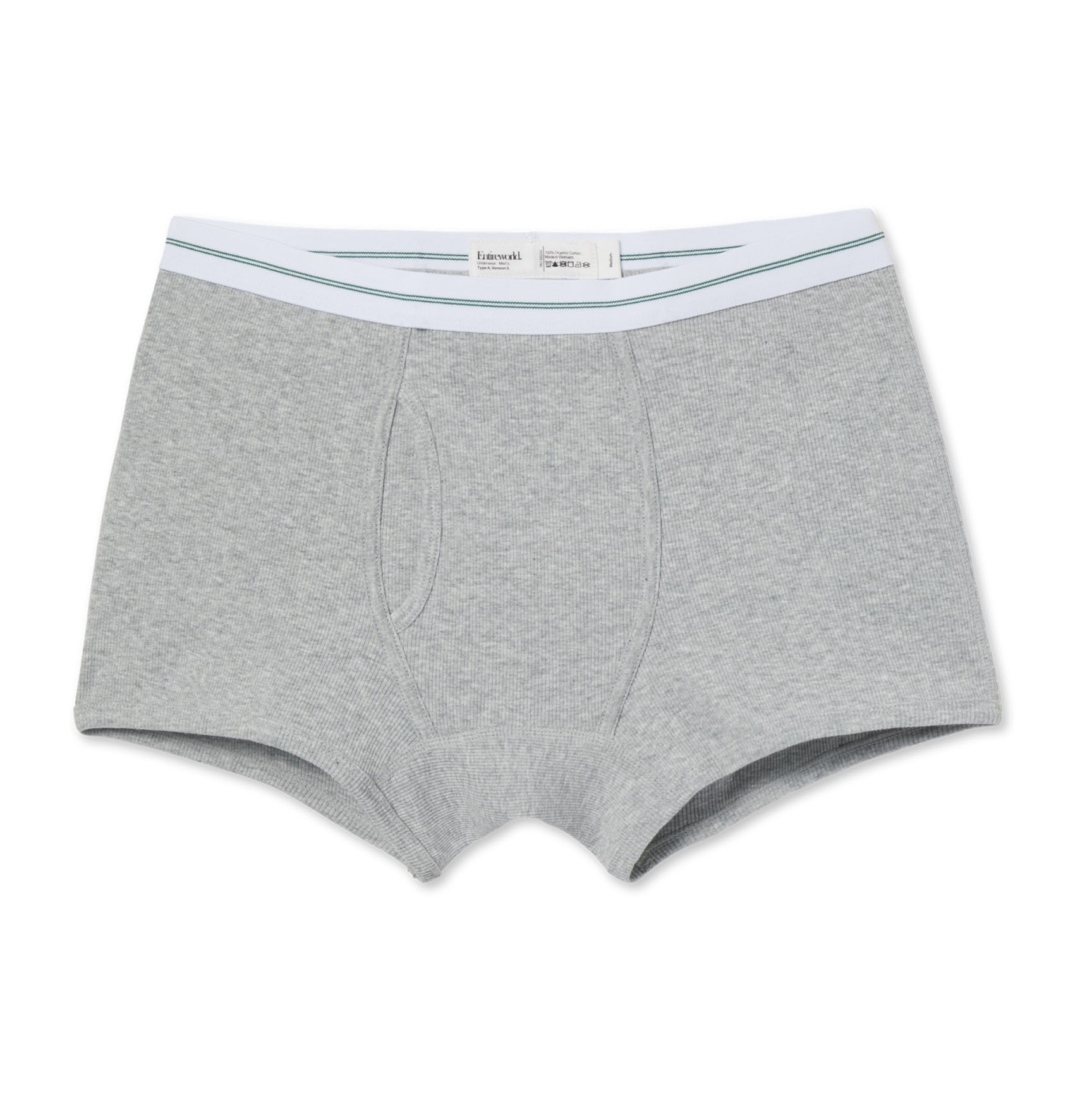 Nothing says ‘I don’t give a f*ck’ like these $75 Versace underwear. They’re Versace, so how the hell were you to think they’d be inexpensive? That’s just what makes them so fantastic. The designer boxer briefs feature Versace’s signature Greek patterns on the waistband and a Medusa logo on the front — made in Italy, of course. If you’re flush with cash and feeling indulgent, you can give your junk a luxury treatment with these designer boxer briefs. 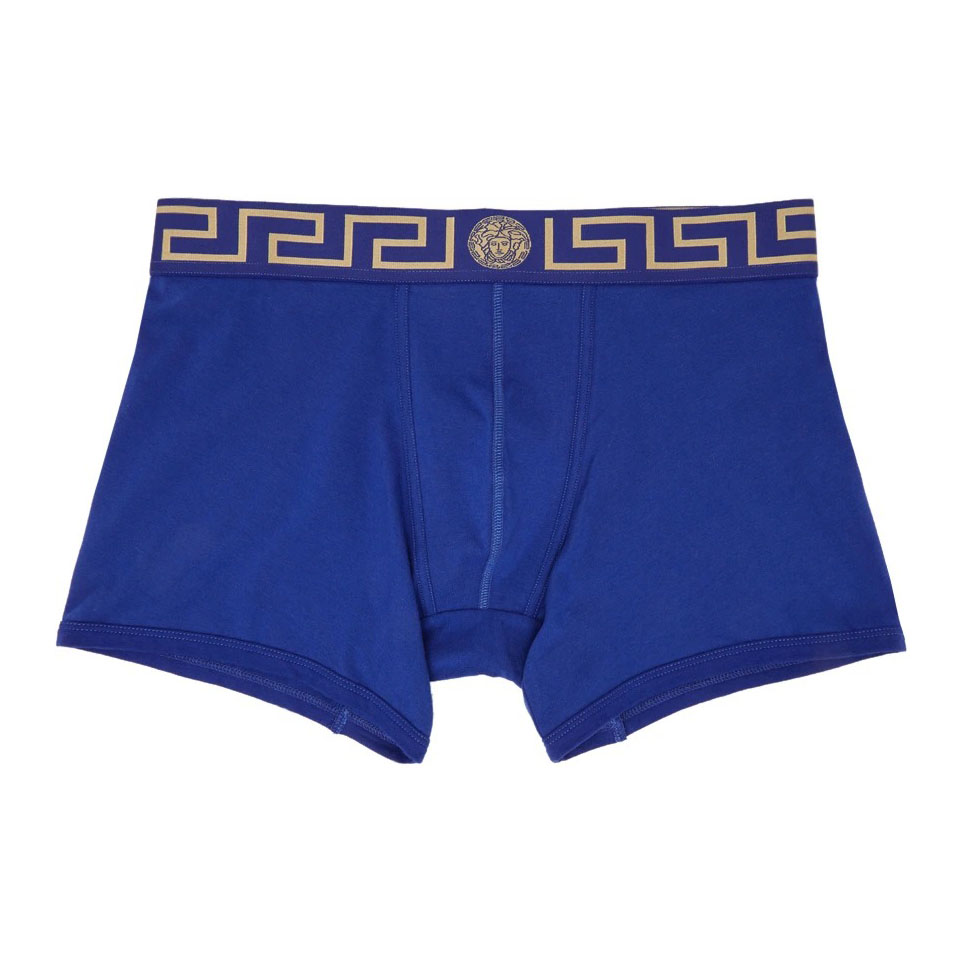