Britney is free, people! And she doesn’t give a damn!

After celebrating her 40th birthday as a free woman from the 14-year-long conservatorship run by her father Jamie Spears, the beloved pop icon is back on Instagram giving the people what they truly want.

Welcome to the stage: Skitney Spears!

We have no idea what happened at the end, but god, do we love it. She is really the moment. A star being reborn right in front of our eyes.

As Britney gets her life back on track, all we can do from here on out is support the woman we love so dearly. And what better way than with the best Britney Spears merch on the internet? Like, come on folks, if you don’t have at least one Britney tee, are you even a fan?

For fans that want to show their support for Britney now that she can have full control over her merchandise revenue, we’ve gathered some of our favorite Britney Spears merchandise below. Keep in mind that we can’t vouch for the quality of unlicensed merchandise, so we’ve included a mix of both fan-made Britney merch and official Britney Spears t-shirts and gifts.

We love everything about this oversized #FreeBritney sweatshirt, and we think you will too! Available via Etsy, this colorful sweater is the perfect winter fashion statement for Britney Spears fans. In fact, this may just be the best Britney Spears merchandise we’ve found yet. 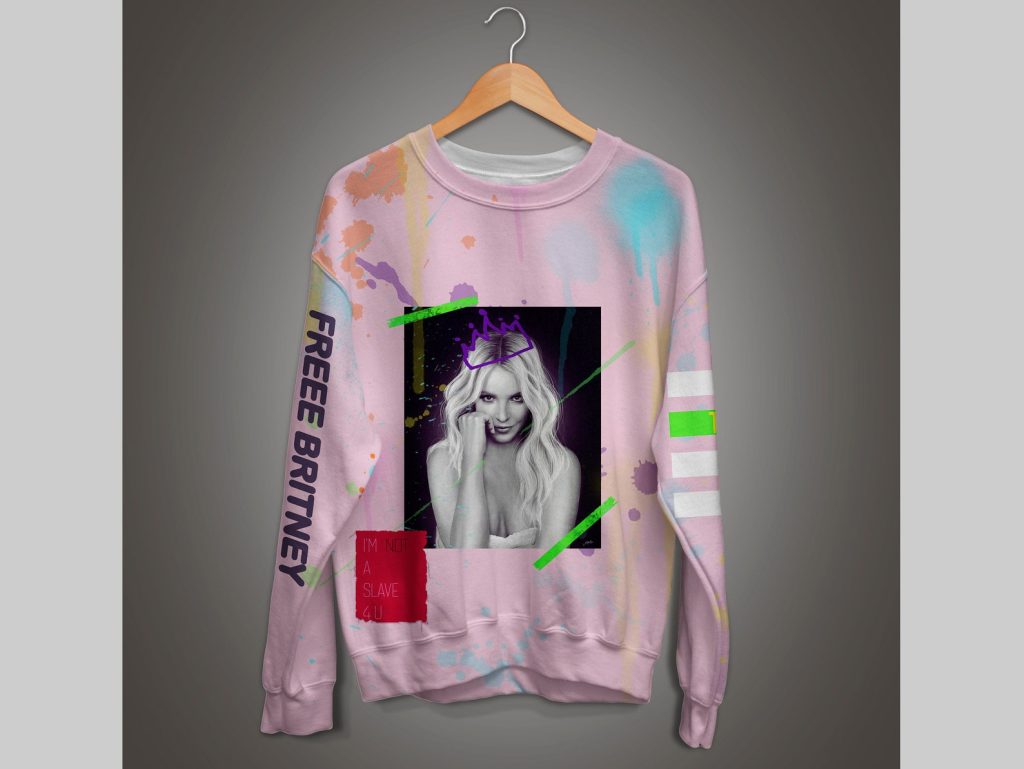 Truly, she is so lucky! And she is a star! The #FreeBritney movement freaking WORKED, folks! We couldn’t be happier. Celebrate one of Brit’s most iconic hits with this gorgeous tee.

Read More: How To Watch the #FreeBritney Documentary 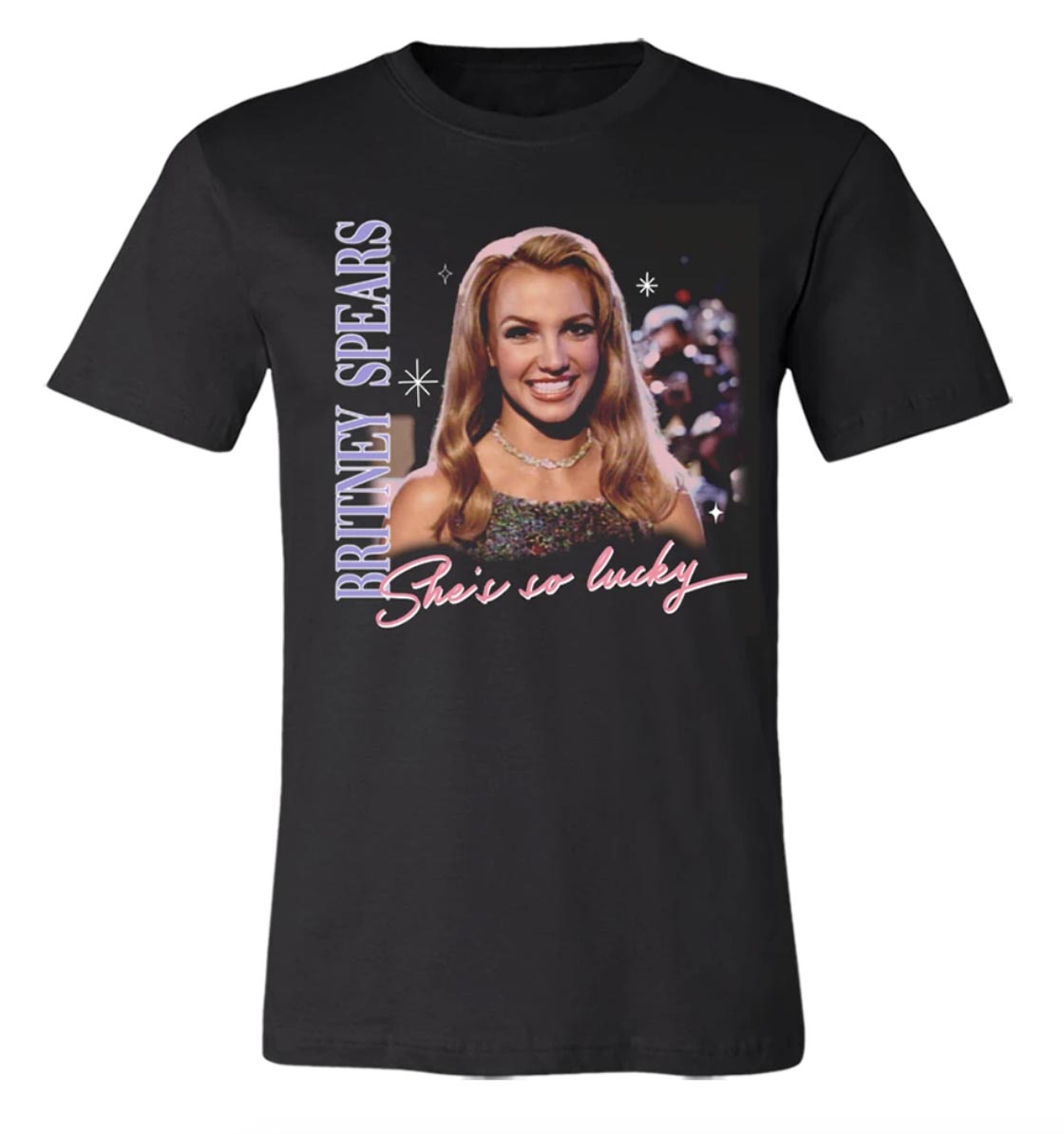 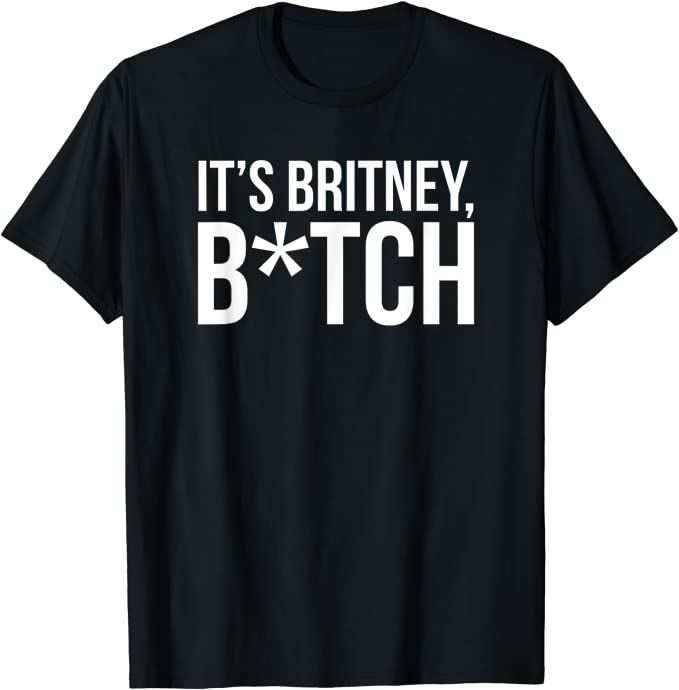 Do you collect vinyl? Then add this classic 90s record to your collection. Britney Spears’s breakout album was a huge success, and it propelled her from The Mickey Mouse Club to international pop stardom. 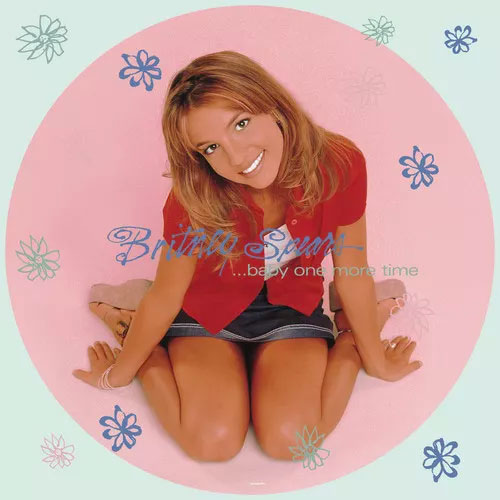 This Funko Pop! figure features Spears in one of her most iconic outfits. It’s an Urban Outfitters exclusive, and for just $15, a tiny Britney can keep you company all day long. 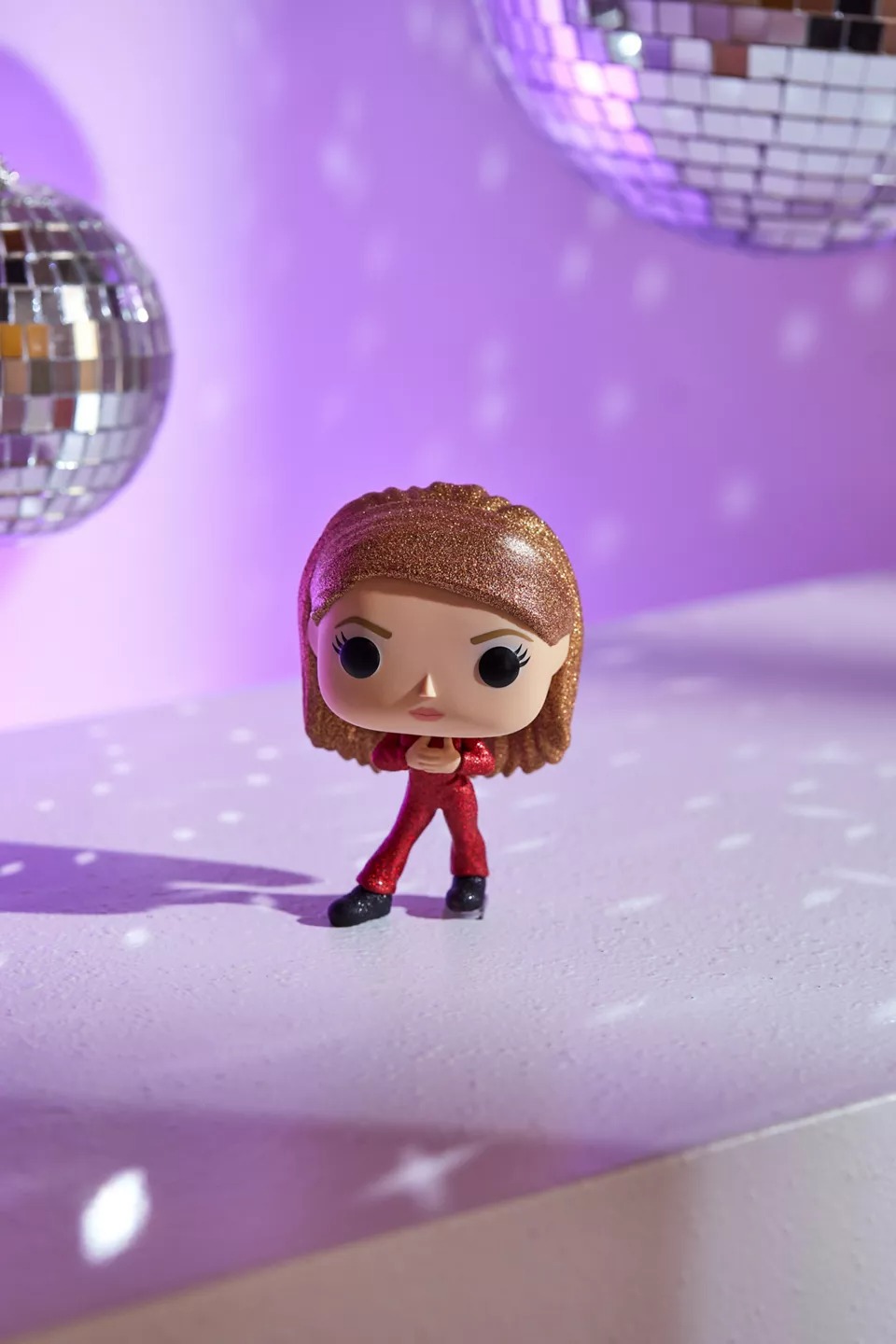 This is a men’s Britney Spears t-shirts, but it will work well as a unisex shirt if you choose the right size. Keep yourself warm and show your love of Britney Spears at the same time, win-win. 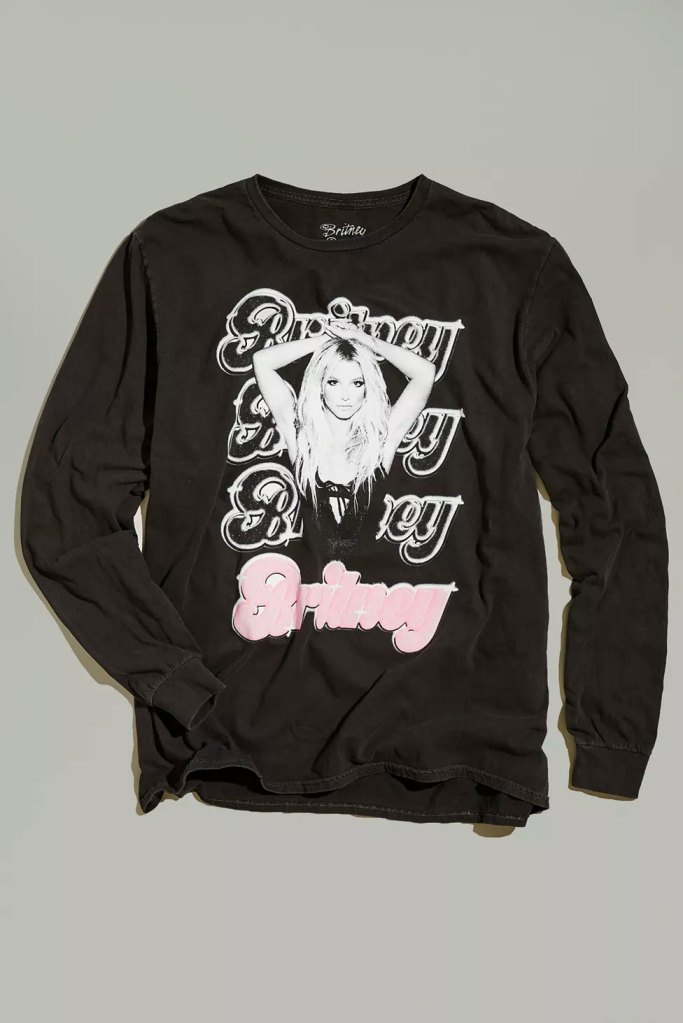 The #FreeBritney movement proved a lot of things, but they definitely proved that Britney has a passionate, creative fanbase. Satisfy your creative side with this official piece of Britney Spears merchandise. 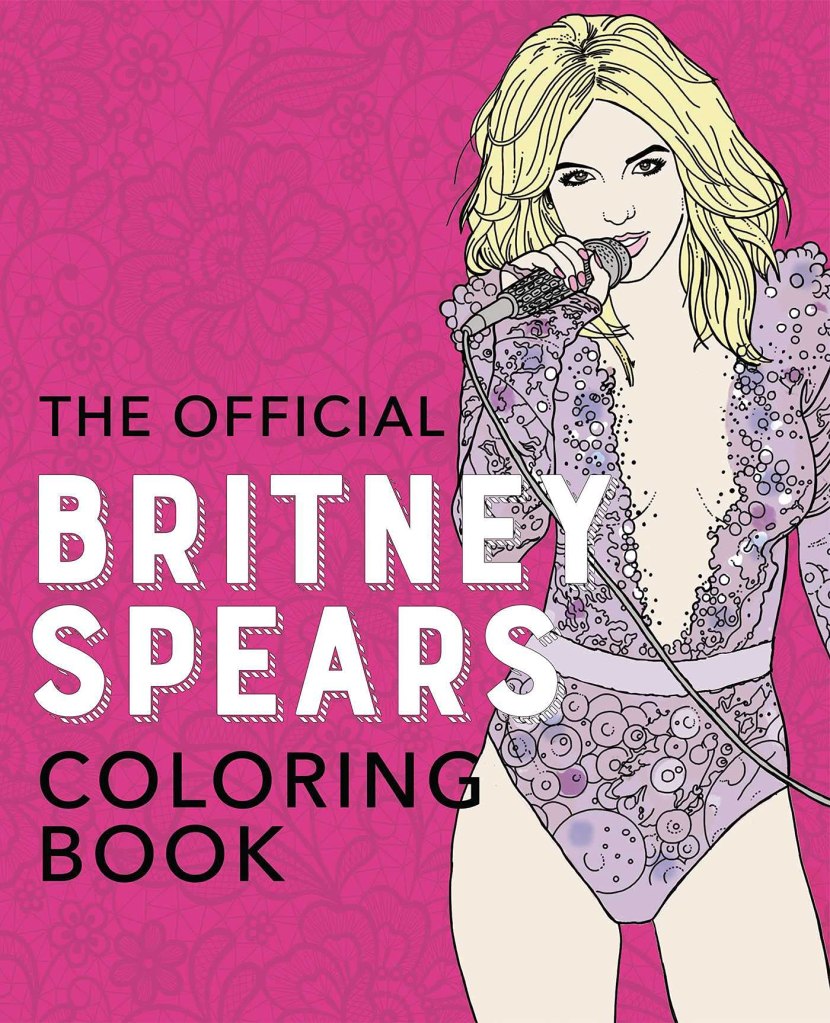 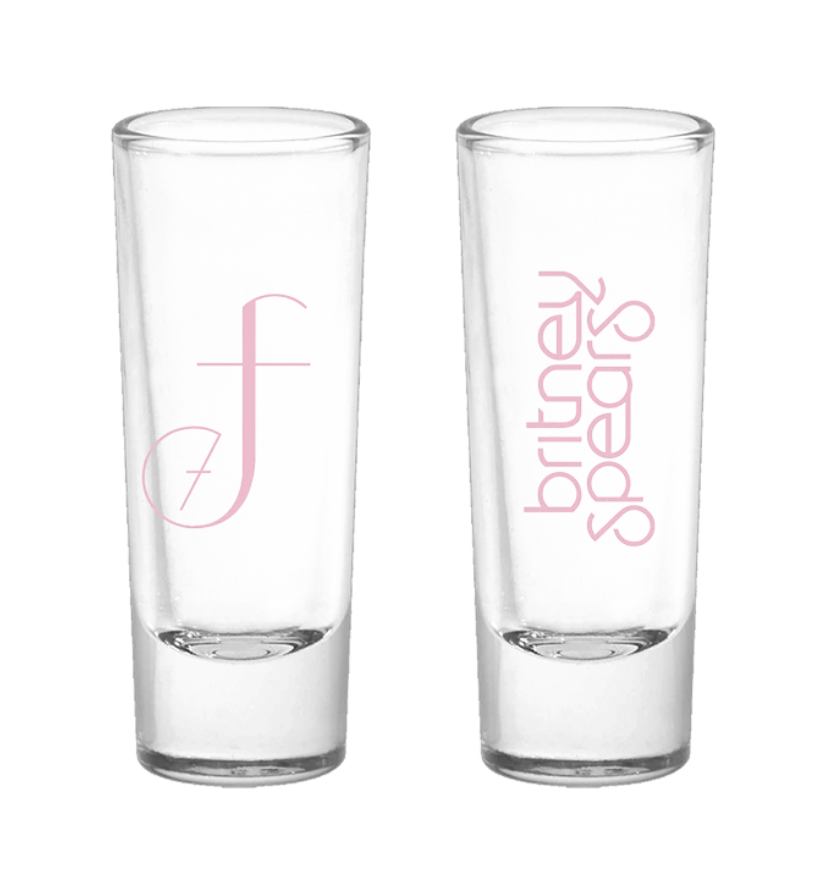 Strut around in this iconic moment in music history: the time where Britney Spears came on stage with a seven-foot albino Burmese python draped over her shoulders at the 2001 VMAs. The snake was named Banana, which is just as iconic, so we simply have to stan both her and Miss Banana with this must-have Britney tee from Hot Topic. 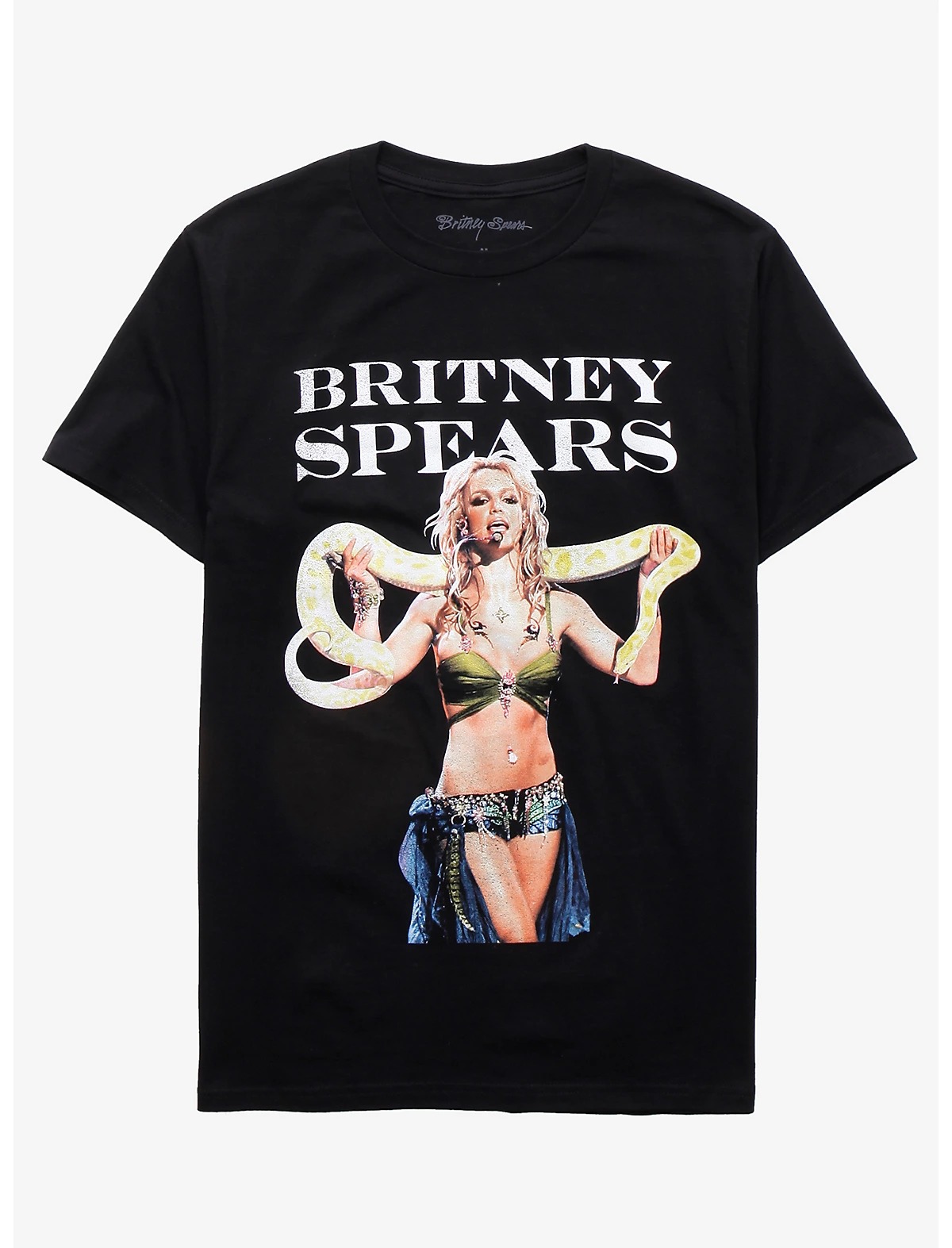 Spice up that mug rack in true Britney fashion. This mug illustrates all of Spears’ most iconic looks throughout the years so you can sip your morning cup of joe like the huge fan you are. You can get either a pink or black handle and inside depending on which you prefer, too. 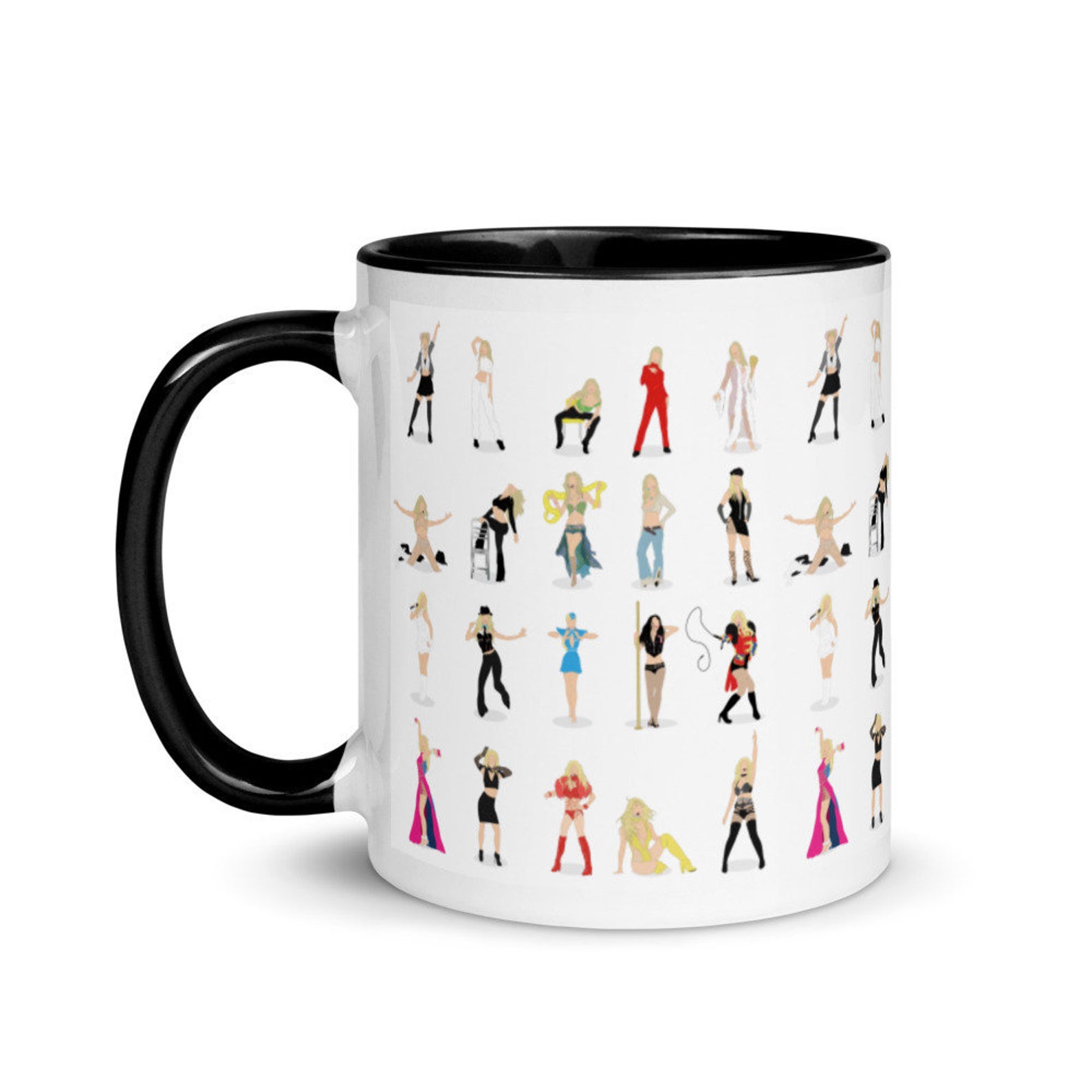 Last but not least, a Britney Spears spoon. Because why not? This spoon will look perfect in your coffee mug when stirring in milk and sugar. Engraved onto the spoon are the words, “It’s Britney Bitch”, which is an iconic saying from her jam Gimme More. Your utensil drawer won’t even know what hit it. 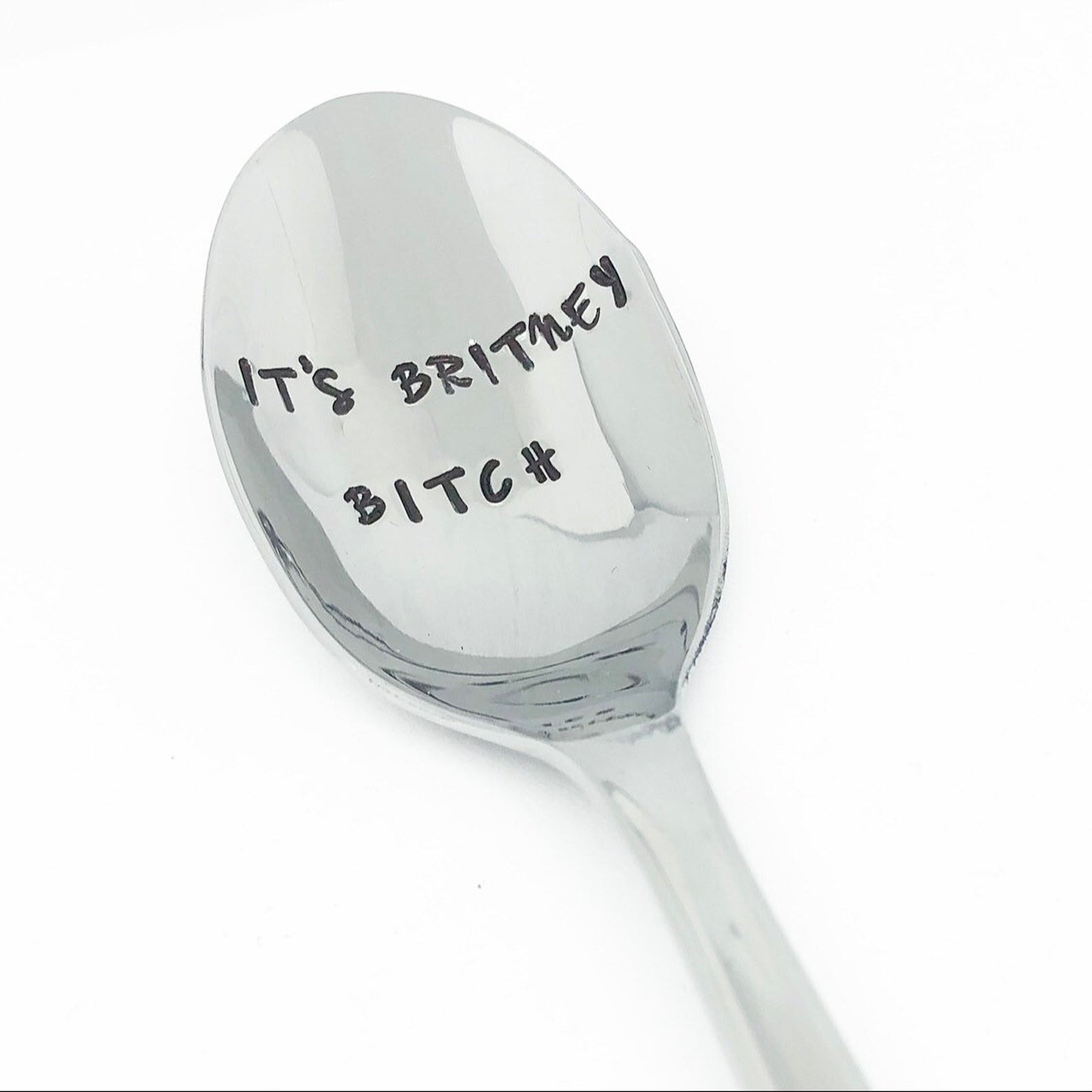 12. Not That Innocent T-Shirt

Is there a more iconic Britney Spears song lyric? I don’t think so. This piece of Britney spears merch speaks the truth, and I’m here for it. 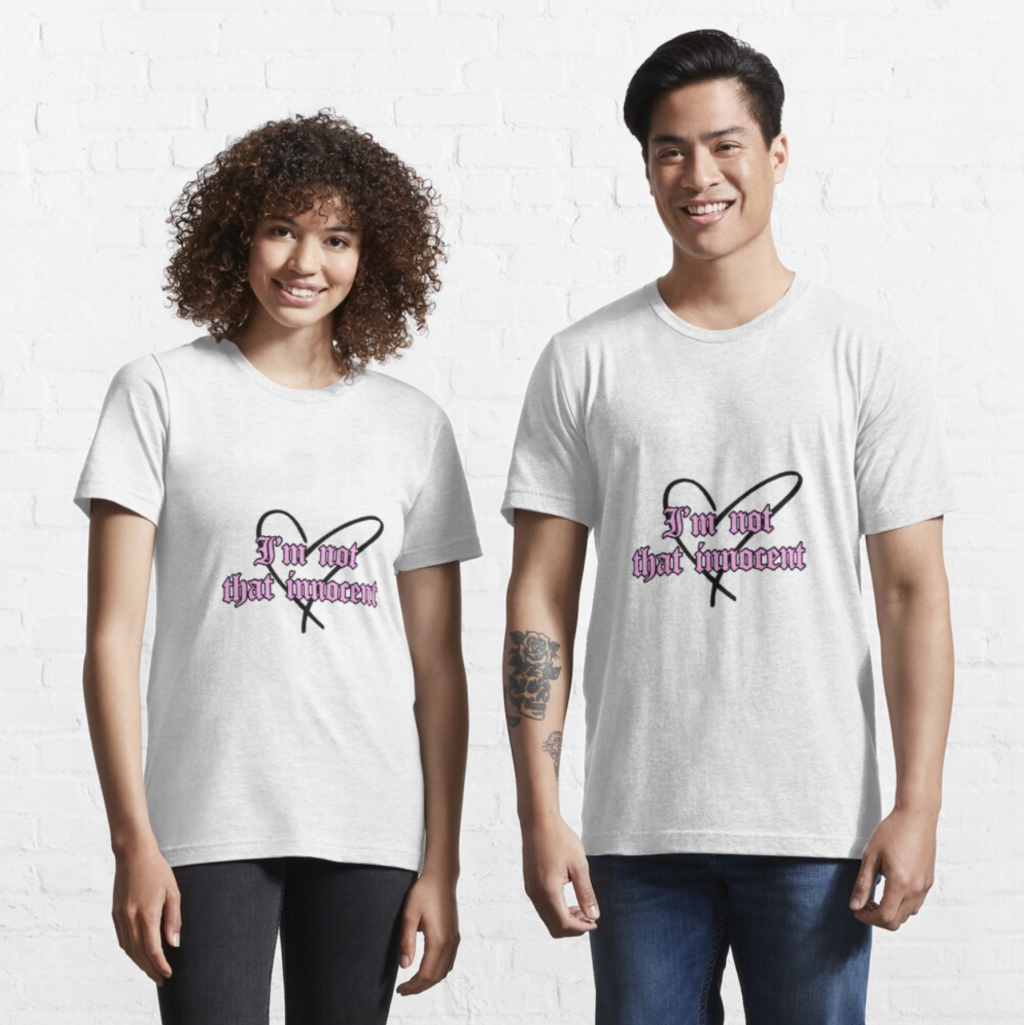 Not That Innocent T-Shirt 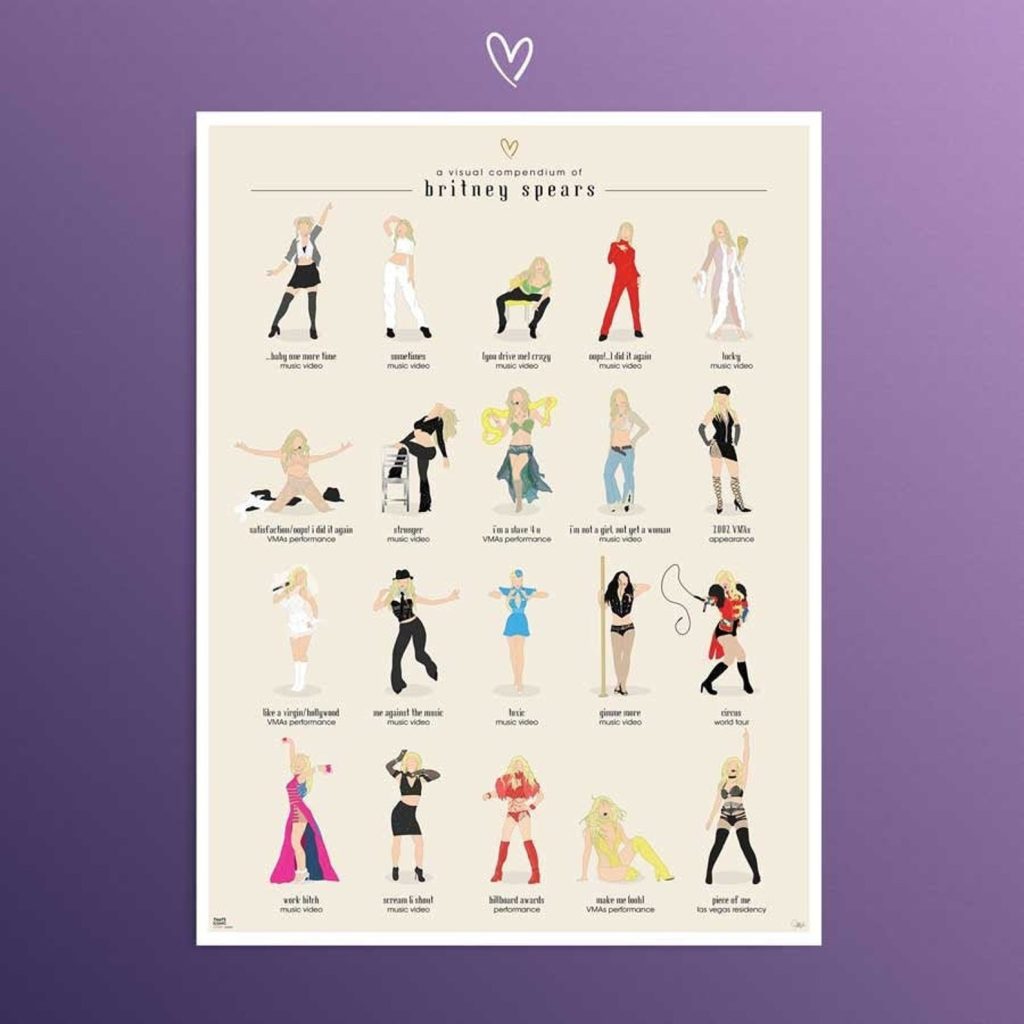 Finally, we have one last piece of Britney Spears merch from the singer’s official Amazon store. This tank top features the singer’s likeness and name, and it comes in men’s and women’s sizes. It’s the perfect way to show your love of Britney all summer long. 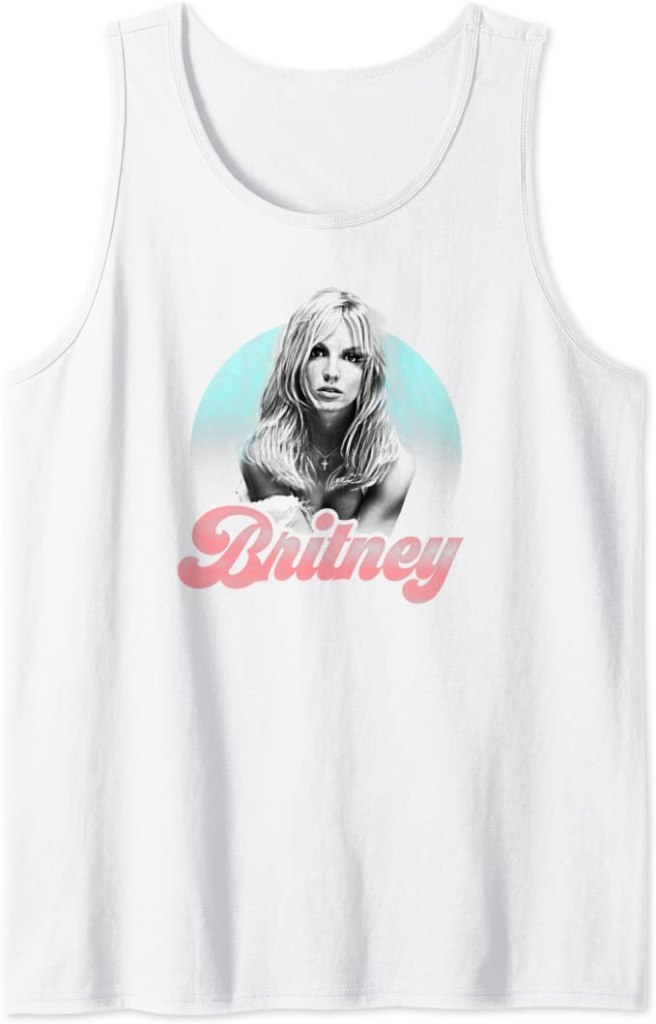 We’ve got one last piece of Britney Spears merchandise. While the revenue from this #FreeBritney sweatshirt won’t go to the Queen herself, we still wanted to include it. This is a best-selling product on Etsy and comes in both t-shirts and sweatshirt form. This storefront has over 180,000 sales, so we think you can trust this piece of unofficial Britney Spears merch. Plus, it’s on sale. 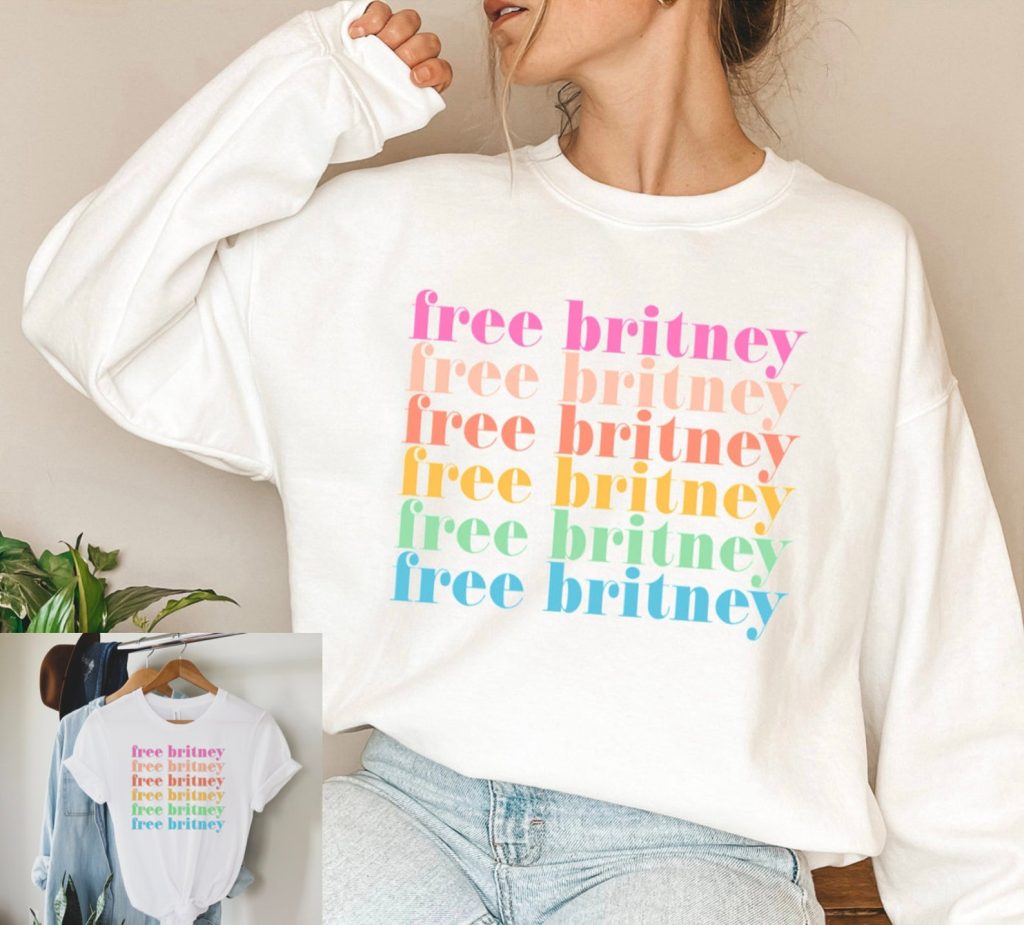 Editor’s Note on December 3, 2021: This story about the end of Britney’s conservatorship was originally published on November 13, 2021. You can read our original story below.

Wow, they did it. #FreeBritney freed Britney. After 14 years under a conservatorship that controlled her health, finances, career and personal life, Britney Spears is free.

Britney means so much to so many people. She’s a gay icon. A generation-defining pop star. A folk hero.

But for too many years, she’s also been a prisoner. During the peak of the aught’s truly and diabolically insane celebrity culture, she couldn’t step outside her house without being relentlessly harassed by paparazzi. Tabloids analyzed her every decision, outfit and facial expression. And after suffering from mental health problems, she was placed under an extremely restrictive legal conservatorship that gave near-total control of her life to her father Jamie Spears.

It’s been a long road, but as of Friday, November 12, Britney Spears is finally free.

“The court finds and determines that the conservatorship of the person and the Estate of Britney Jean Spears is no longer required,” Judge Brenda Penny said in a brief and drama-free hearing in a Los Angeles courtroom.

Variety reports that Britney Spears wasn’t present in the hearing, but her loyal followers turned out to the courthouse to show their support. 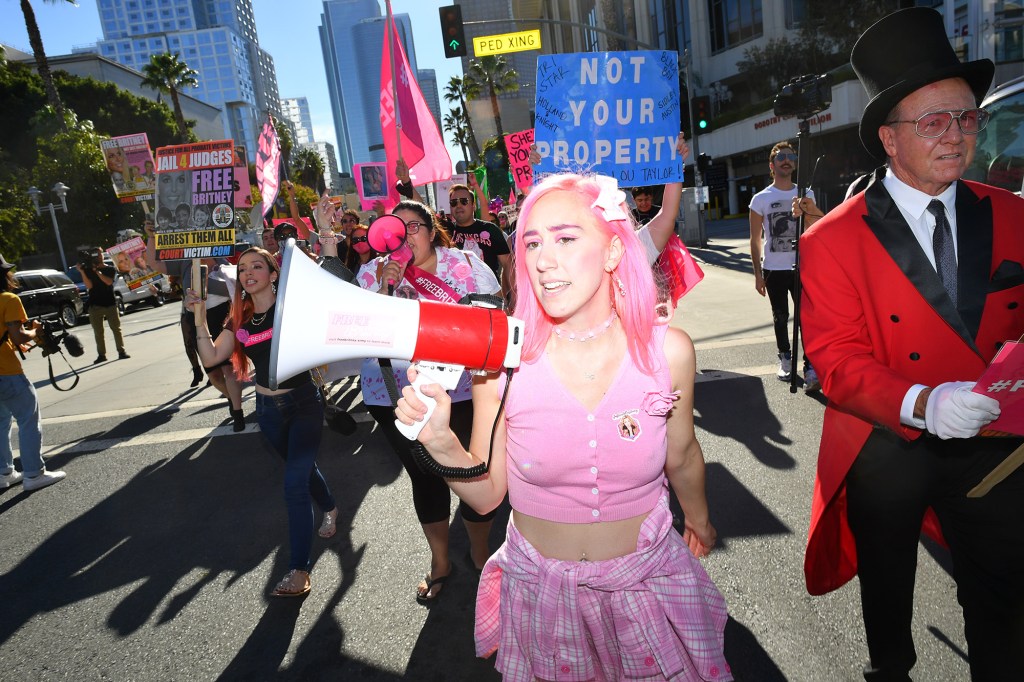 Fans gather outside in support of the ‘Free Britney’ movement during a hearing to end the conservatorship at the Stanley Mosk Courthouse in Los Angeles, California on November 12, 2021. Michael Buckner for PMC 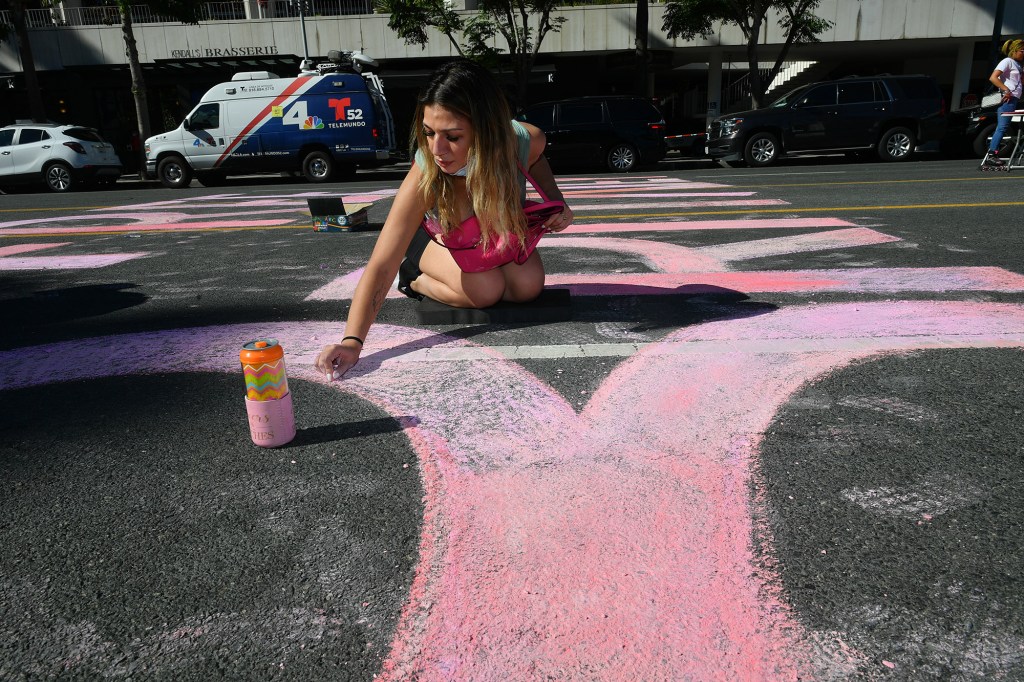 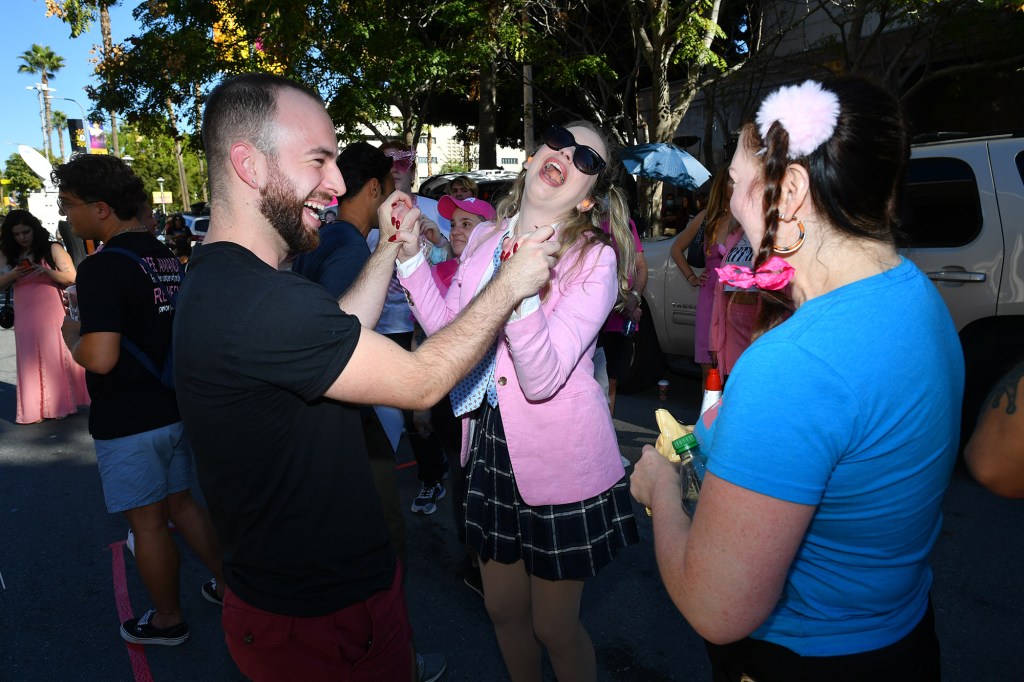 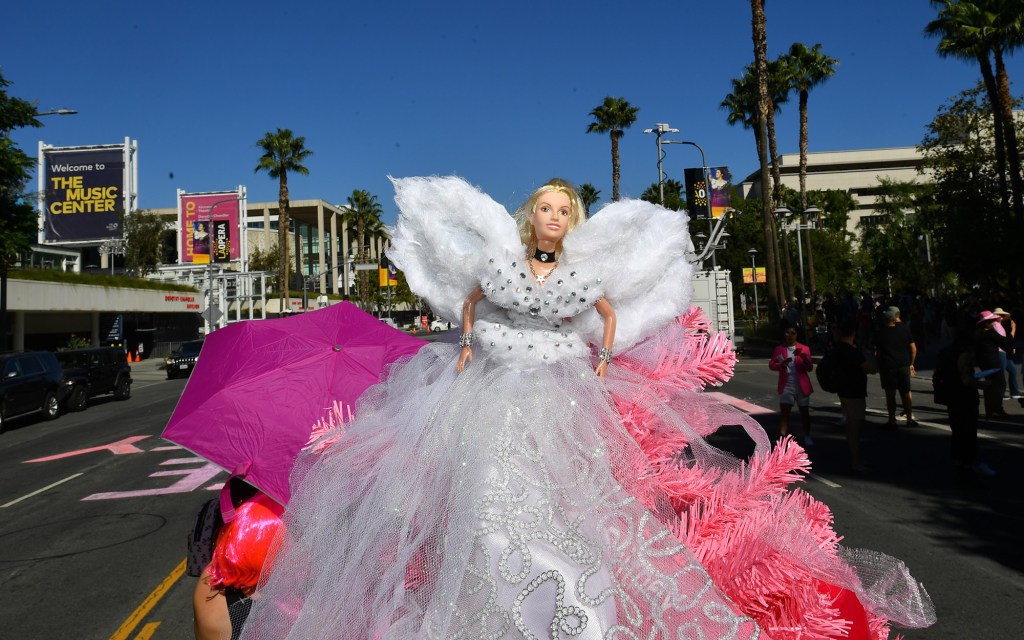 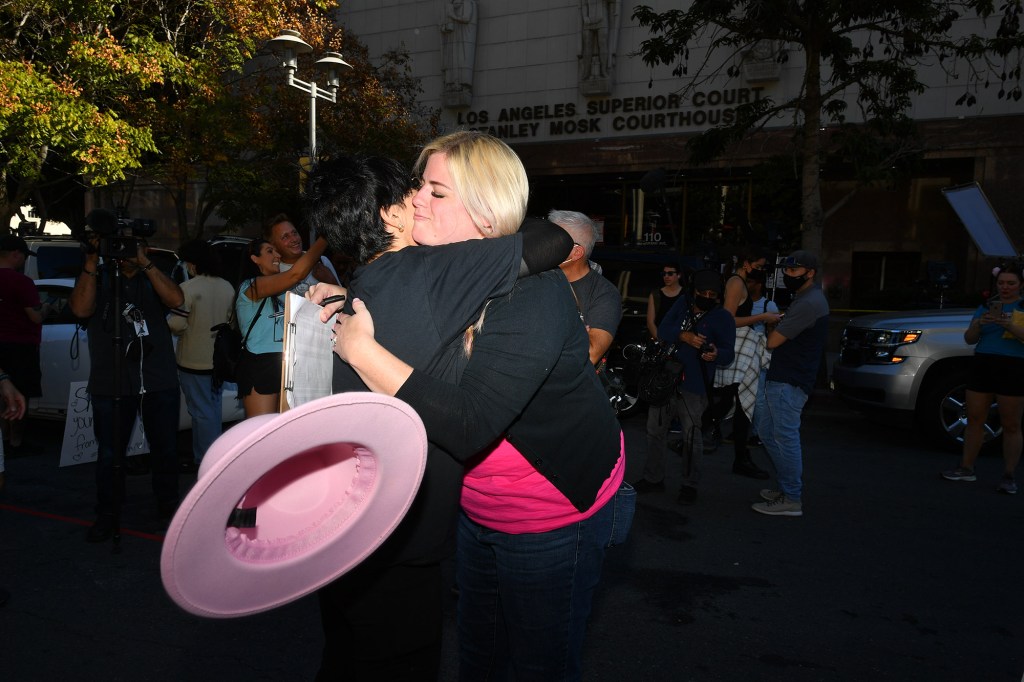 Along the way, Britney’s had a symbiotic relationship with the #FreeBritney movement.

#FreeBritney started as a conspiracy theory, but it’s also led to a national reckoning on the many ways the media, the legal system and the public worked together to make one woman’s life a living hell. The toxic celebrity culture that surrounded Britney Spears for so many years still exists, but young people have also changed the way we think about celebrities, mental health and women in the public eye.

Recently, Spears herself validated the #FreeBritney movement, and she credited her supporters for giving her the courage to speak out and advocate for an end to her imprisonment.

In an October 4 Instagram post, the singer wrote, “#FreeBritney movement … I have no words … because of you guys and your constant resilience in freeing me from my conservatorship … my life is now in that direction !!!!! I cried last night for two hours cause my fans are the best and I know it … I feel your hearts and you feel mine … that much I know is true 💞 !!!!!”

And on Friday, after the judge finally set her free, she addressed her #FreeBritney legions directly.

Seriously, what a long, strange trip it’s been.

Now, we’re here to proudly say: All hail the queen.

The #Free Britney movement may have achieved its goal, but the movement lives on. Actress Jameela Jamil summed up the attitude of Spears’s fans on Twitter Friday, saying that now that Britney is free, it’s time to “protect Britney”.

“OH MY GOD!!! oh my god. You guys freed Britney!!!!,” she wrote. “But NOW we have to protect her from the paparazzi and tabloid media who are determined to drive her back into this same mess, by harassing and stalking her. We have to now PROTECT BRITNEY.”

Seriously, she must be protected at all costs.

Editor’s Note on November 12: We originally published this article on June 23 when Spears originally addressed the court to demand an end to her conservatorship. Our original story and photos from that hearing can be found below. 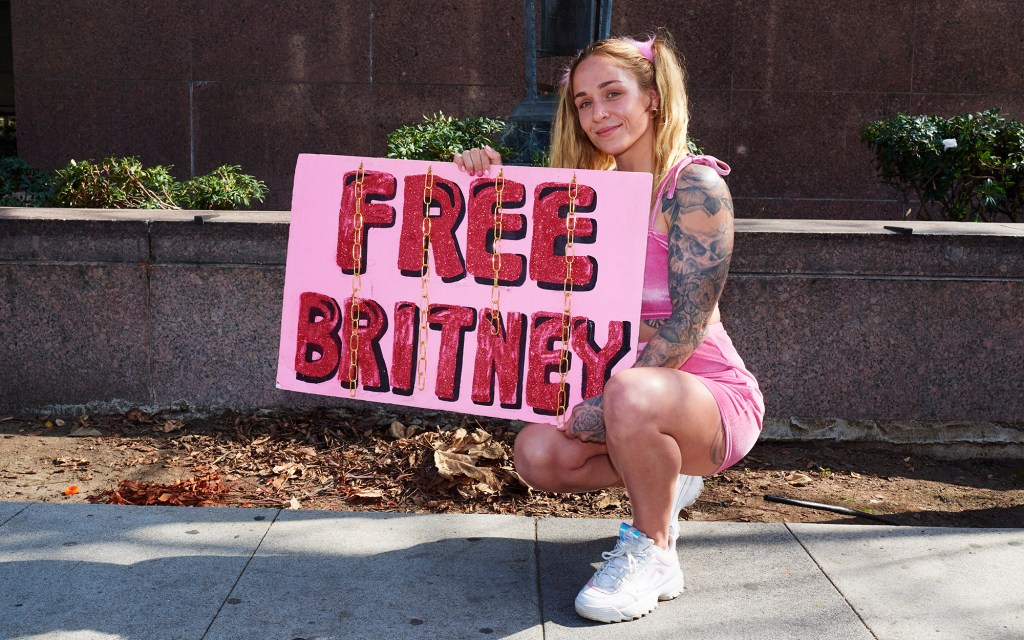 Britney Spears is scheduled to speak in court today regarding her conservatorship. That means it’s time for us, the fans, to support her now more than ever.

For those of you that don’t know, Britney hasn’t been in charge of both her personal life and finances for the past 13 years. Everything has been running and dictated by her father, Jamie Spears, since the singer suffered mental health-related issues in 2008. The conservatorship covers pretty much all aspects of Britney’s life including her financial, medical and even personal decisions. It’s an extremely unique situation, as conservators usually oversee the affairs of seniors or people with severe mental disabilities.

In recent years, an organic Free Britney movement has developed among the singer’s most hardcore fans, who believe the pop star has been unfairly placed under the control of her father. The #FreeBritney movement has analyzed her Instagram posts and other public statements for signs that she’s being held against her will, and the movement got many new supporters after a New York Times documentary about the conservatorship went viral in early 2021. 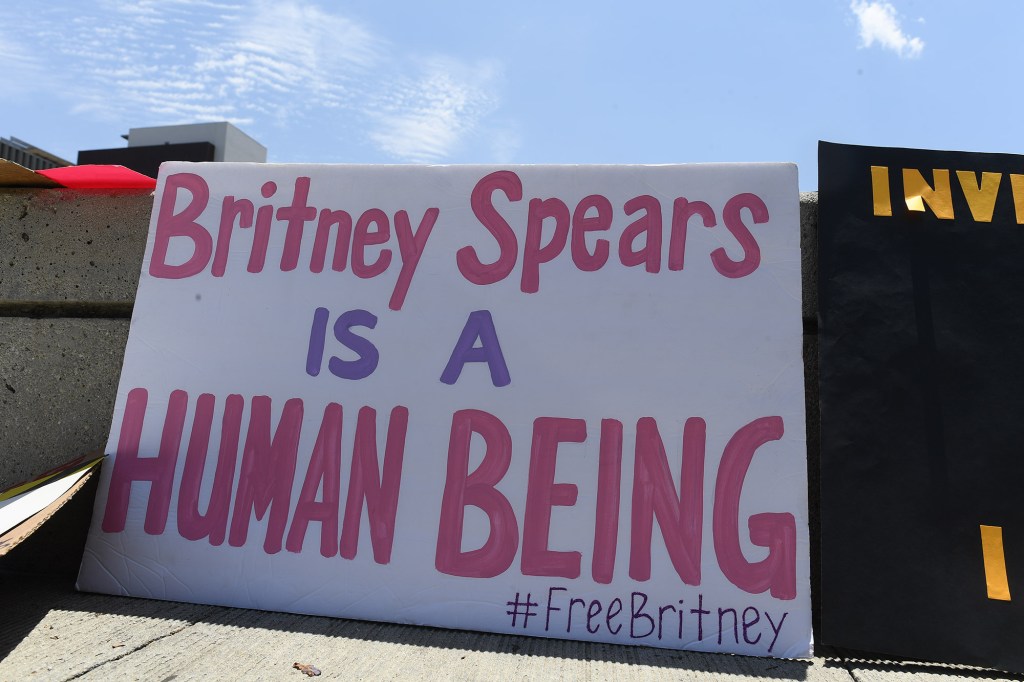 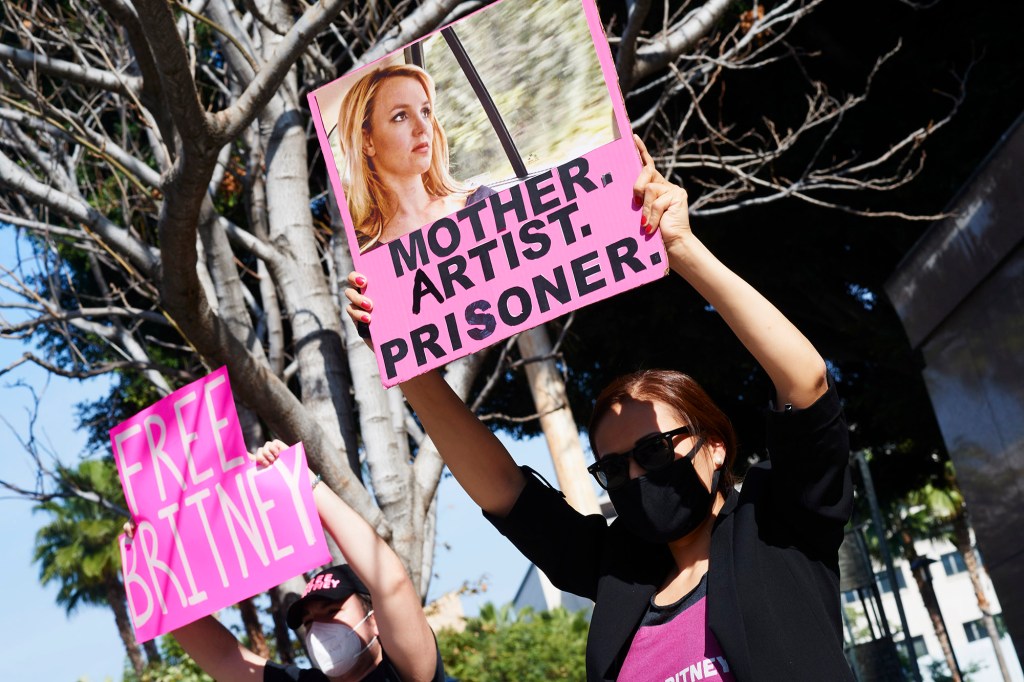 Today, Britney will speak to the court directly for the first time ever about her opinions on the conservatorship and what she wants to do in the future. We’re not entirely sure whether or not Britney wants the conservatorship to end completely since she’s never opened up about the topic publicly. However, The New York Times recently obtained confidential court records that indicate Britney has opposed the situation for years.

As Brit finally addresses the issue in court, we have no choice but to support the #FreeBritney movement that has been consistently seeing the light of day on social media platforms like Twitter, Instagram and TikTok. Britney Spears isn’t just a singer. She’s a symbol of 90s culture, a gay icon and something of a tragic figure in pop culture.

Today is a HUGE day for our girl, she finally speaks to the court about her conservatorship.

Want to show your support for Britney?

Now that the case is finally getting the attention it deserves, there’s no better time than now to support our girl with some of the best Britney Spears merch you can find online.

If you’re looking for Free Britney merch to wear to show your moral support, keep reading for our favorite options. See below for some top picks to wear all summer long.