When was the last time you thought about a carabiner? There’s a good chance that outside of a climbing or camping context you haven’t. Sadly, the once ubiquitous clip has seen a bit of diminished popularity since its halcyon days of the early aughts. But outdoor company James Brand has some ideas about how to reinvent the stalwart and usher it into a new era of use. Enter: The Mehlville.

Named after the infamous writer of Moby Dick, the Mehlville carabiner isn’t as monstrous in size as that novel’s titular creature. But what it lacks in size it makes up for in sheer power. Machine made from a solid block of aluminum, the Mehlville weighs almost nothing, while still managing to be durable and strong as hell. Furthermore, James Brand has designed the clip to have a specialized dual section for your keys. This choice allows your keys to clip in once and then clip again, providing a dedicated space in the bottom portion of the carabiner. By providing this space, you don’t have to worry about your keys falling out when you unclip the top portion of the carabiner, which gives additional safety, security, and peace of mind when you’re out and about.

Oh, and it has a built-in bottle opener, which is perfect for when you’re at home or out with friends. The opener can be used on everything from beer bottles to kombucha. It also makes for one less thing for you to have to worry about carrying on your person at any given time.

With its whale-like shaped and tough construction, the Mehlville is the clip you didn’t even know you needed, but one you can easily imagine appreciating on a regular basis. You’re just a clip away from having one whale of a time — pun absolutely intended. 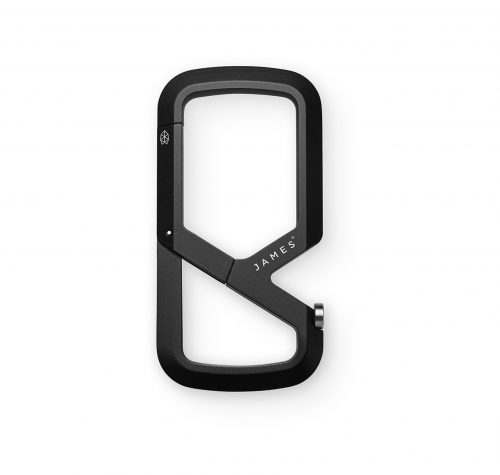