You don’t know how important a pen can be until you need one and can’t find one. Anyone who has ever flown internationally and needs to fill out those little cards they give you on the airplane before you reach Customs knows what we’re talking about. Having an everyday carry pen can be a life-saver, in more instances than one.

What’s So Great About EDC Pens?

You might be thinking, “why would I need an EDC pen? I have a phone that can pretty much do everything.” One thing your phone can’t do is write. As basic and sort of hilarious as that might seem, it’s true. Your phone can’t sign important documents at the bank or fill out Customs information cards at the airport. And if your phone’s battery is dead, then it is basically reduced to a paperweight.

On the other hand, one great EDC pen will last. You’ll go through several generations of new phones before you think about replacing your EDC pen. An EDC pen will work virtually anywhere — we mean anywhere (outer space, yall!) — and provide a classic and stylish look whether you’re writing or just have it on you.

Do you really want to carry around cheap bulk BIC Pens from Walmart? If you’ve ever had one of these pens randomly explode in a pair of jeans, or just stop writing even though there is ink in it, you understand not wanting to rely on a cheap pen. EDC pens are crafted to look great and work whenever or where ever you need them.

We’re serious, you might not think of the importance of a reliable pen that often, but there are fewer things handier to have on you. Hell, some of these EDC pens could even save your life in an emergency situation (you’ll have to read on to see what we mean).

Below are our picks for the best EDC pens available today.

The Fisher Space Pen has been around for quite some time now, and for good reason — this is as reliable as an everyday carry pen can be. It has a classic look and feel made from brass and steel (Dr. Seuss rhyme not intended) and can write anywhere from underwater to outer space thanks to a pressurized cartridge inside. 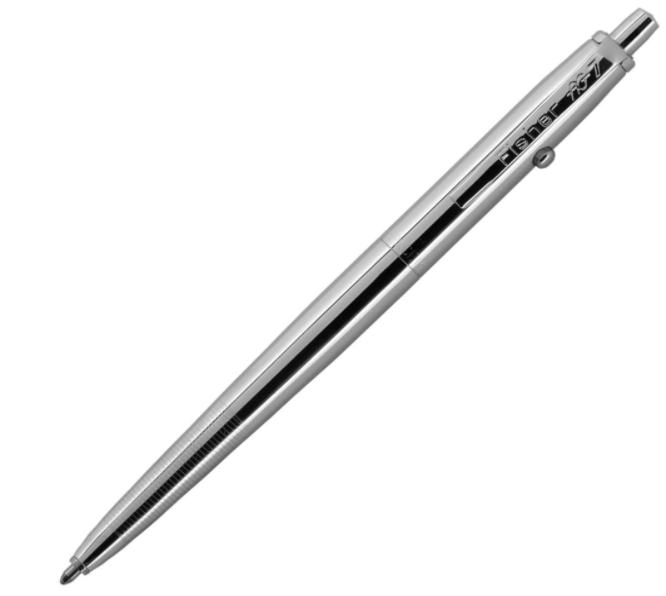 This pen would make Jason Bourne jealous. Created from machined steel with a tempered steel tip that not only writes incredibly smoothly but can serve you in emergency situations for breaking glass or even self-defense. It’s a simple push button to pop the ink cartridge out, but it can write just about anywhere and in any condition. This pen is as badass as it looks. While you can find cheaper EDC pens and tactical pens for sale, this is a finely crafted tool made with a machined steel body. 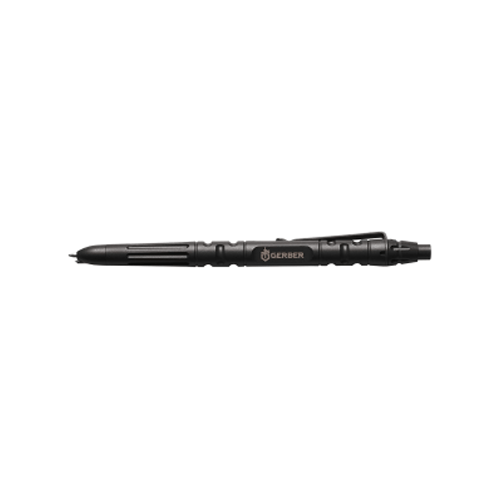 This pen has plenty of utility, but without being pricey. The Airpress is coated in rubber that actually protects the pen while providing a great grip and writing experience. Speaking of writing, with pressurized ink, it can write upside down and even on dirty or wet paper. This EDC pen is equal parts reliable and affordable. 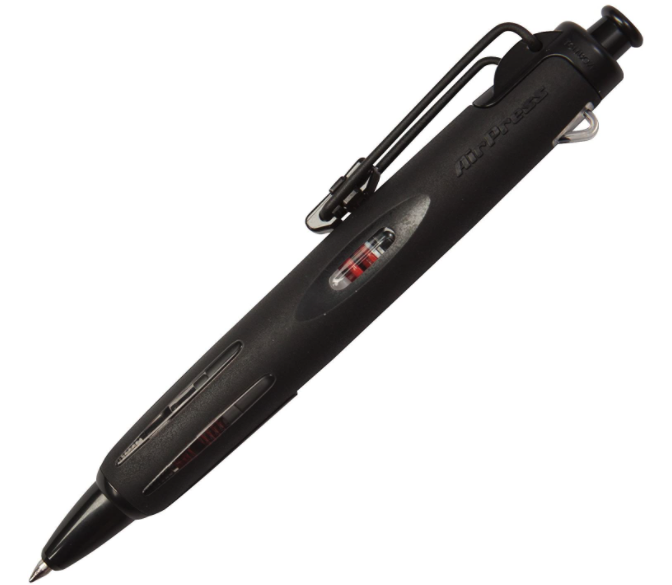 Here’s proof that a great EDC pen doesn’t need to cost you a couple of Andrew Jacksons. This pen has a great look made from stainless steel and is great to grip and write with a grippy textured lower half and a pen point that feels like it floats across paper. Don’t let the price tag fool you, this pen might be the last one you ever buy. 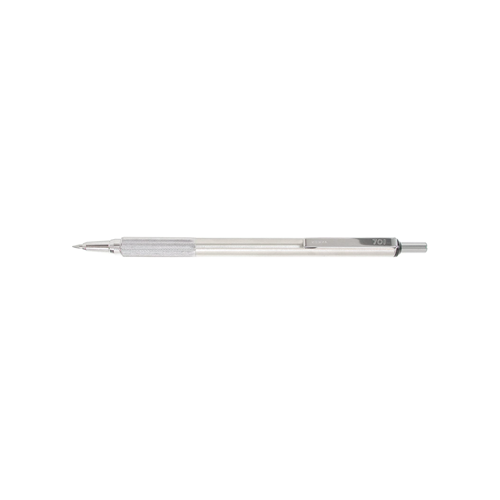 The Parker Jotter Ballpoint Pen has a classic design that just straight-up works. The two-ball pen creates a writing feel that is ultra-smooth and works whenever you need it. Made from steel that tapers towards the end with a classic arrow clip, these pens are equally stylish and reliable.

The Rotring 600 Ballpoint Pen writes incredibly smooth and keeps the pen firmly in your hand thanks to a hexagonal shape and knurled metal grip towards the end. It has a simple push-button method to out and retract the nib and a reliable slip-on clip to slide and keep the pen in your pocketbook or in your jeans.

These pens were created by a former officer in the Army and made to withstand any situation. They’re durable and strong, yet lightweight. The cap magnetically attaches to surfaces so you don’t have to worry about losing it. It can write virtually anywhere, even upside down. 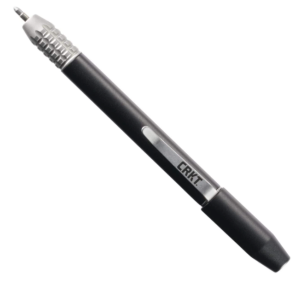 Crafted from Titanium Bar Stock this EDC pen will likely outlast any pocketbook or bag you keep it in. It has a magnetic cap to keep the pen firmly on your keychain but is readily available when you need it. Even though it might look ultra-rugged, the writing experience is incredibly smooth. 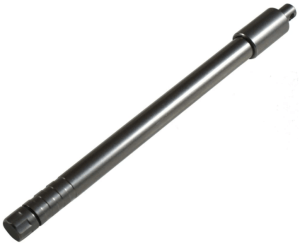 9. Rite in the Rain Trekker Pen

Even adventure seekers need a reliable pen from time to time. This pen fits the bill. It’s small, rugged and has a loop to clip to your backpack, keys or carabiner. Oh, did we mention this EDC pen is durable? It can write in freezing or scorching conditions as well as upside-down or in the rain. 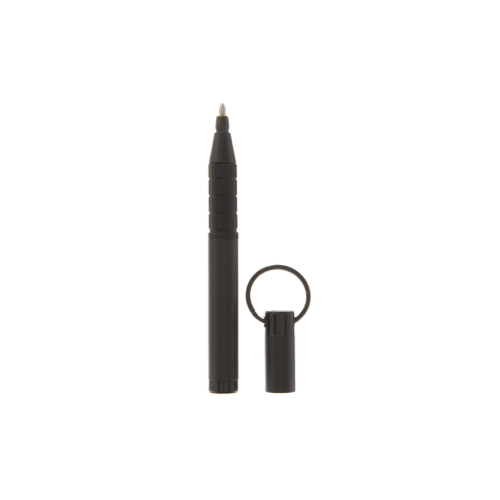 Rite in the Rain Trekker Pen

Much like the Gerber Gear EDC pen, this pen can help you out in emergency situations thanks to a rugged build that’s incredibly tough and durable. It’s a one-piece pen with pressurized ink that allows you to write anywhere. Even though it looks complicated, it’s actually incredibly easy to replace the ink when the time comes. When you’re abroad, you’ll be thankful to have a pen as trustworthy as this one. 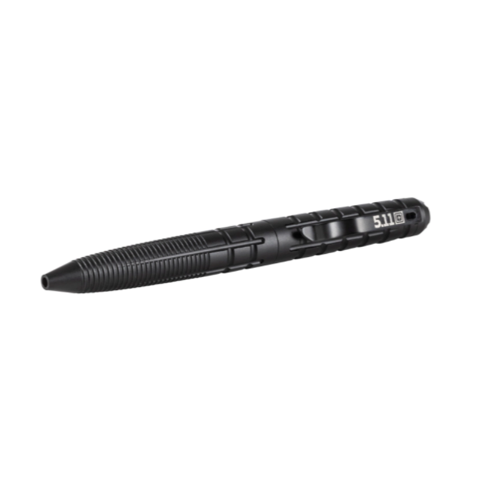 The best duffel bags on Amazon for work, play and travel in 2021