When it comes to suiting, a knitted tie is hardly an essential. There’s no business setting where a traditional silk tie won’t do, and you’re more likely to run afoul a dress code by wearing a knit tie. That might seem like an argument against a knit tie, but it’s exactly the opposite — knit ties are about as rebellious as a tie can get, without veering into novelty territory. That’s why a knit tie is a great addition to your suiting wardrobe. Knit ties are also a great way to dress down tailoring or dress up casual wear.

First, it’s worth explaining what a knit tie is. Knit ties have a textured, bumpy hand feel, as opposed to the smooth feeling of a traditional woven tie. Texturewise, the difference can be thought of as the same between a sweater (knit) and a dress shirt (woven). Knit ties are also distinct for their flat bottom, as opposed to the pointed tip of a traditional tie. However, some knit ties do have pointed tips, which can be worth considering if you want to keep a more formal look. Knit ties are available in solids, as well as patterns like stripes and dots. The patterns on a knit tie are often simpler than woven ties because the texture of a knit tie adds enough visual interest.

Knit ties can enliven a traditional suit, adding personal flair without being ostentatious. Because of their textured look, knit ties play well with textured jackets such as tweed and linen, but they can still be worn with more traditional wool suits. Knit ties are more casual than traditional woven ties, which makes them well suited to today’s casual fashion landscape, where the pants men wear are more likely to be of the jogger variety. Besides suits, knit ties can work surprisingly well with more casual items — you can wear them with separates, or even more laid back items like chambray shirts, field jackets, cardigans and even denim jackets.

Despite their reputation as less essential than a woven silk tie, knit ties are actually more versatile — they can be worn with tailoring as well as more casual attire, without looking too out of place in either setting. We’ve rounded up some of our favorite knit ties below.

Drake’s is a British label that’s legendary for its ties, and New York-based designer Todd Snyder teamed up with them for solid, silk knit ties that are available in a range of colors. This tie has a dense, textured knit with a pleasing hand feel, and it’s made from 100% silk. The ties are available in earthy tones like burnt orange and this deep green color. 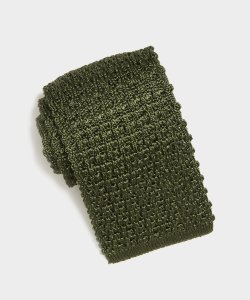 Tom Ford is practically synonymous with luxury, and that includes this made-in-Italy silk tie. It’s a solid black color, and it features a point, rather than a flat end. That makes it a slightly more formal take on the knit tie, but it’s still a casual enough piece thanks to its slubby texture. 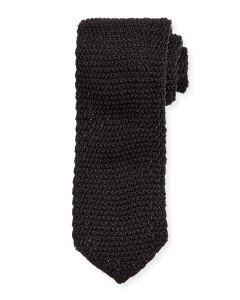 Suitsupply makes an incredible range of fashion-forward suiting that’s modestly priced and made with premium fabrics. This solid tie is a soothing chocolate color, adding to the retro appeal of the knit texture. It has a squared-off bottom and is 2 1/4″ wide. The tie is 100% silk and is made in Italy. 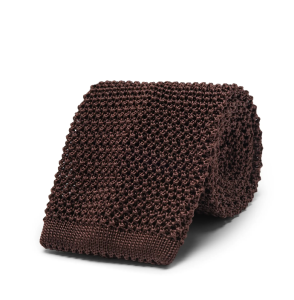 Brooks Brothers is as American as blue jeans — more so, in fact, because Brooks Brothers was founded over 30 years before Levis. These ties have a unique bird’s eye knit, which is a unique knit with an intricate multicolored diamond pattern. These Italian-made ties are available in a variety of multicolored shades, and they have a squared-off bottom. 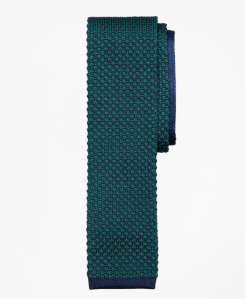 Not totally sure about the knit tie? Try J. Crew, which offers this affordable take on the style. It comes in a classic solid navy blue color, and it has a squared-off bottom. This tie is woven from cotton, rather than silk, adding to its casual appeal. 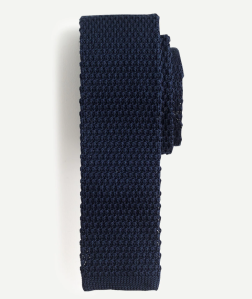 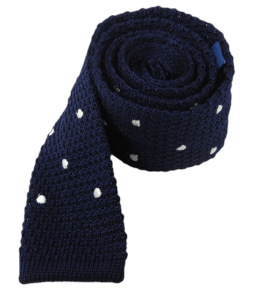 Looking for something statement-making? Thom Browne’s preppy eye lends itself perfectly to a knit tie, and this option features his distinctive four-bar branding in the designer’s preferred color — gray. The tie is made from silk and features a unique textured knit that resembles stripes. It’s a low-key designer flex, but one that those in the know will appreciate. 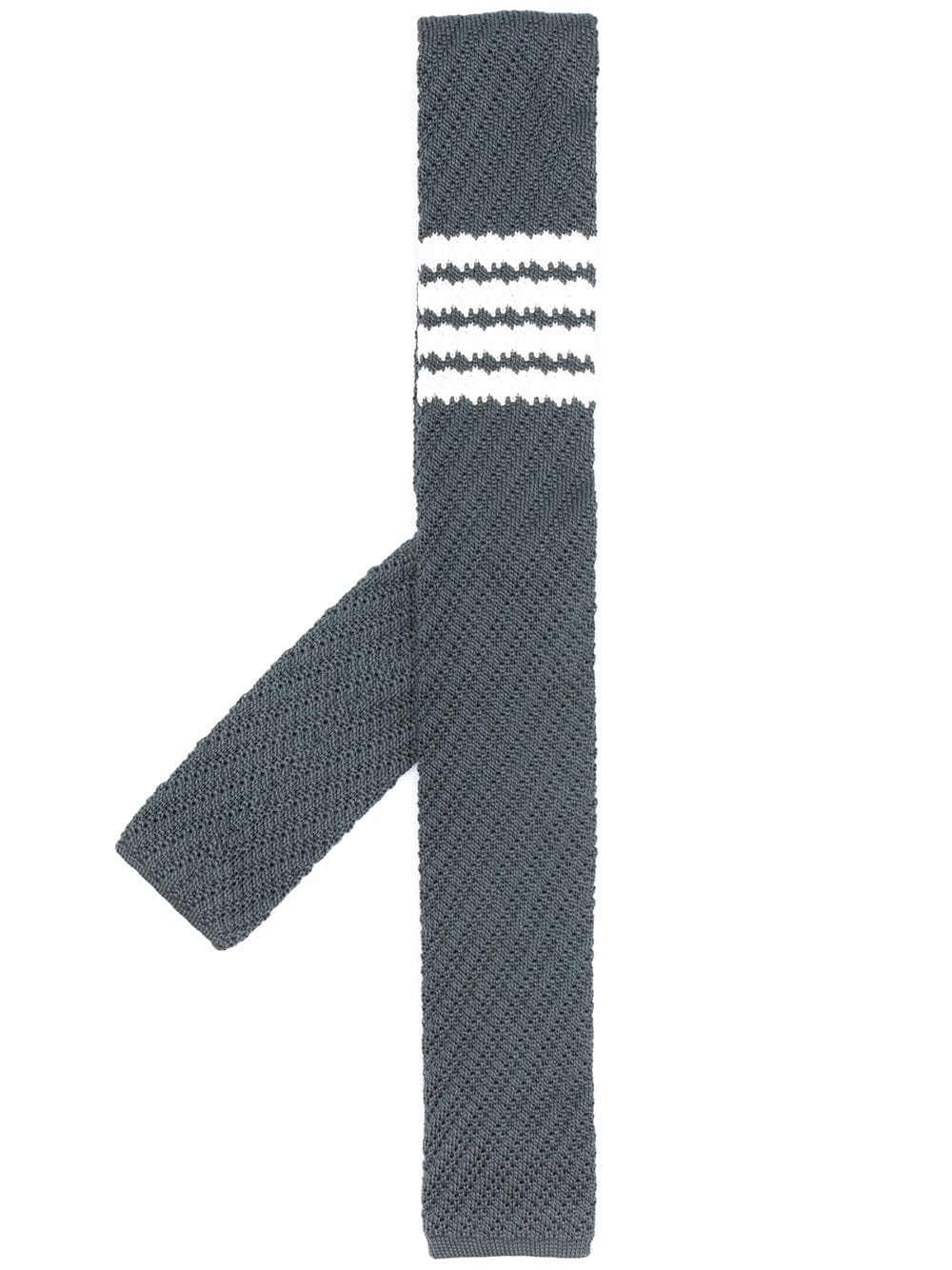 From Cheap to Charvet, These are the Best Dress Shirt Brands for Men