Motorcycle boots for men have long been a fashion staple. It seems that almost every season there’s a new iteration of the classic moto boot in the stores. Some are lace-ups, some are pull-ons and most come in shades of black, brown or grey. The best motorcycle boots for men, like cowboy boots and combat boots, can and usually are worn year-round. The more you wear them, the more broken in and comfortable they become. In fact, the distressed, worn-in look typically adds to the appeal of leather motorcycle boots.

How can you tell the difference between an experienced motorcyclist and a weekend warrior? Just look at the shoes. Serious riders need a boot that will withstand the rigors of all sorts of terrain and weather. You want a boot that’s constructed to provide extra protection to your ankles and calves. And you’re going to need a boot with extra protection around the toes.

To many riders, Harley-Davidson is the gold standard when it comes to motorcycle anything. They’re an iconic American brand based in Milwaukee, Wisconsin. When it comes to motorcycle boots for men, they have so many styles that you could wear them for two months straight and not repeat yourself. With a 7-inch shaft, this riding boot from Harley-Davidson offers protection and the ability to wear it under jeans. The unlined leather motorcycle boot for men is known for its durability, and for all its strength, it’s a lightweight boot. The boot has Goodyear welt construction and a grooved rubber outsole that is water and oil-resistant. Reviewers have raved about how the outsole grips the ground. 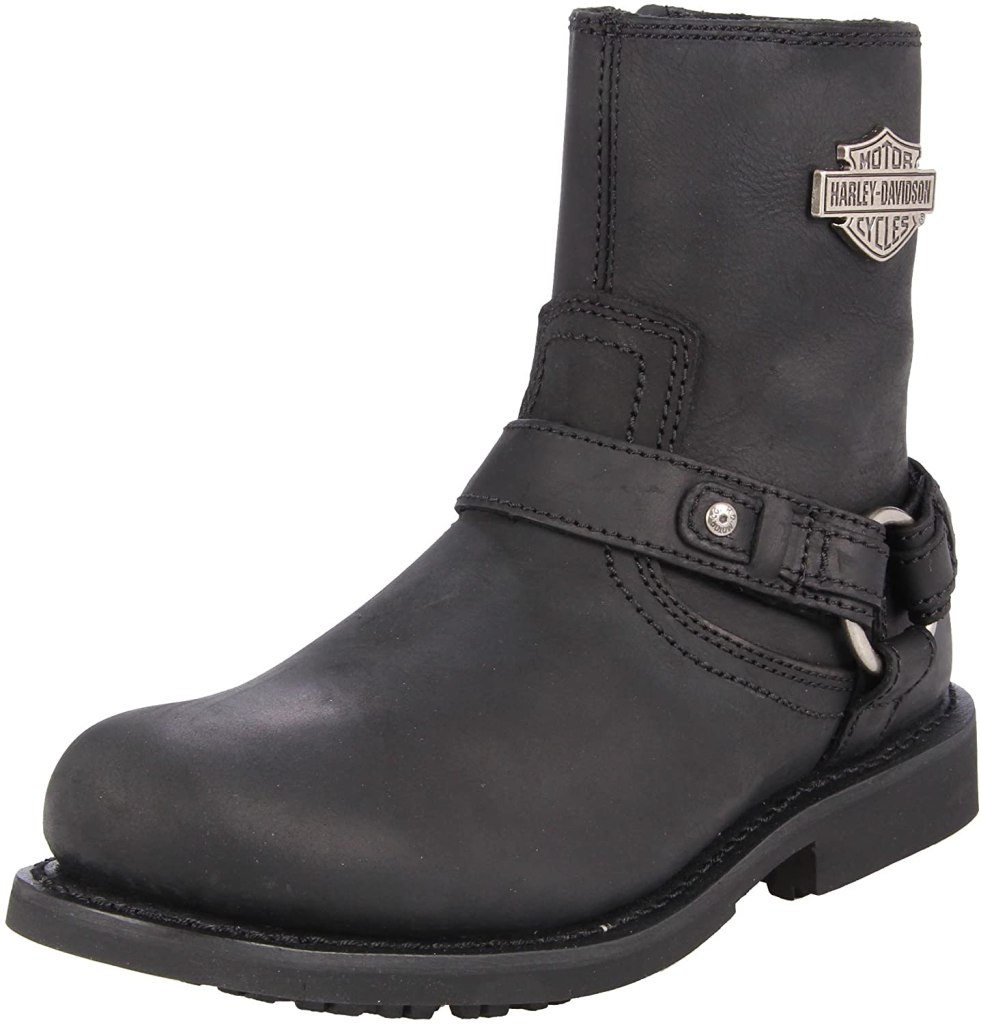 Back in 1860, The Frye Company developed a line of harness boots that became extremely popular; those boots were the basis of the engineer boot. Frye’s Smith Engineer boots are re-styled for the modern man. This unlined leather boot has a 7.5-inch shaft, which protects the ankle and lower calf from road grit, but they’re also short enough to wear under your riding pants. They have a squared-off toe and a grooved outsole. Made for the commuter rider, these motorcycle boots for men look equally cool off-bike. 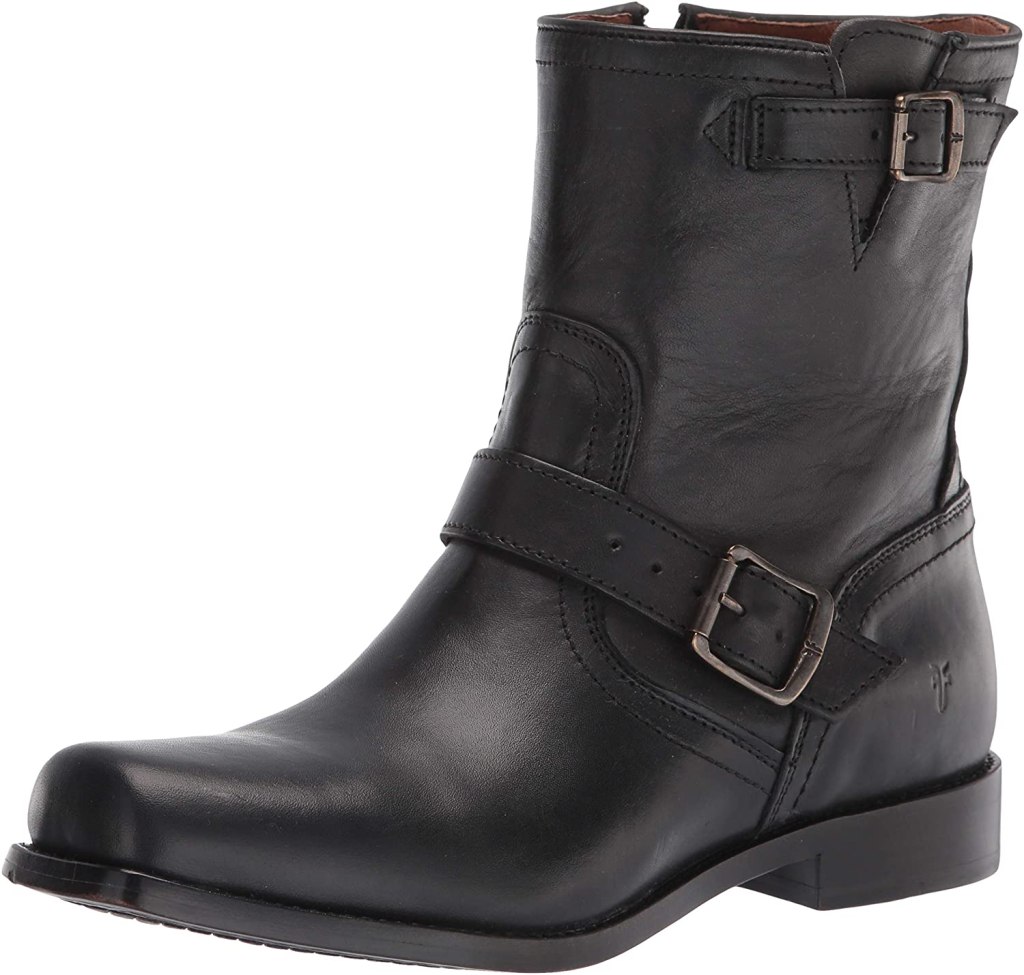 If you’re looking for boots for long endurance runs, starting off-roading or motocross, Alpinestars is a brand that racers view as one of the best. The brand has quite a few moto racing boots to choose from. This model, the Supertech-R Boots were created to withstand anything the road throws at you.  These ergonomically engineered boots are ventilated, have a microfiber upper for flexibility, have a lightweight compound rubber sole that allows for grip and flexibility while changing positions while riding. 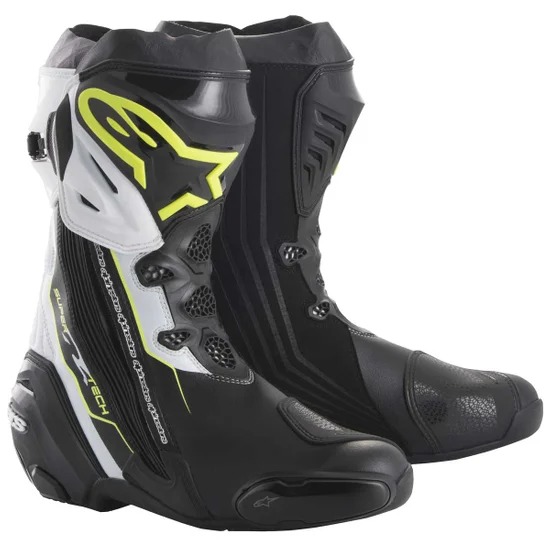 Gaerne has been making motorcycle boots for men in Italy for over 50 years. They have amateur, motocross, and off-road motorcycle boots. Their All Terrain GTX boots are leather with a Gore-Tex membrane, your feet and legs stay dry and comfortable no matter what the weather. The heel and toe are reinforced, and they have a removable inner sole. 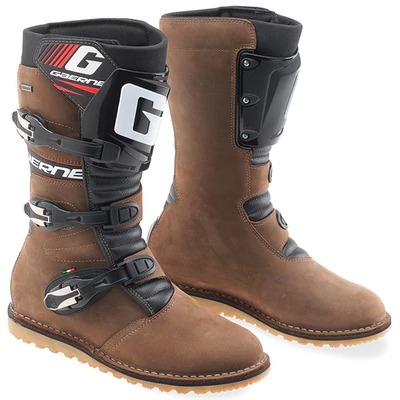 A tall, distressed leather boot that’s water-resistant and looks great as it ages, that’s the Milwaukee Leather Classic Harness boot. It has a tall 11-inch shaft, great for protecting your legs against the wind on long rides, and a slip-resistant bottom. The outsole is also oil and acid resistant; this is one tough boot. This zippered boot has an antimicrobial lining; it stops odors as it wicks moisture away from your skin. It has a goodyear welted construction, so nothing can leak in, and a flex power toe design to make shifting easier. 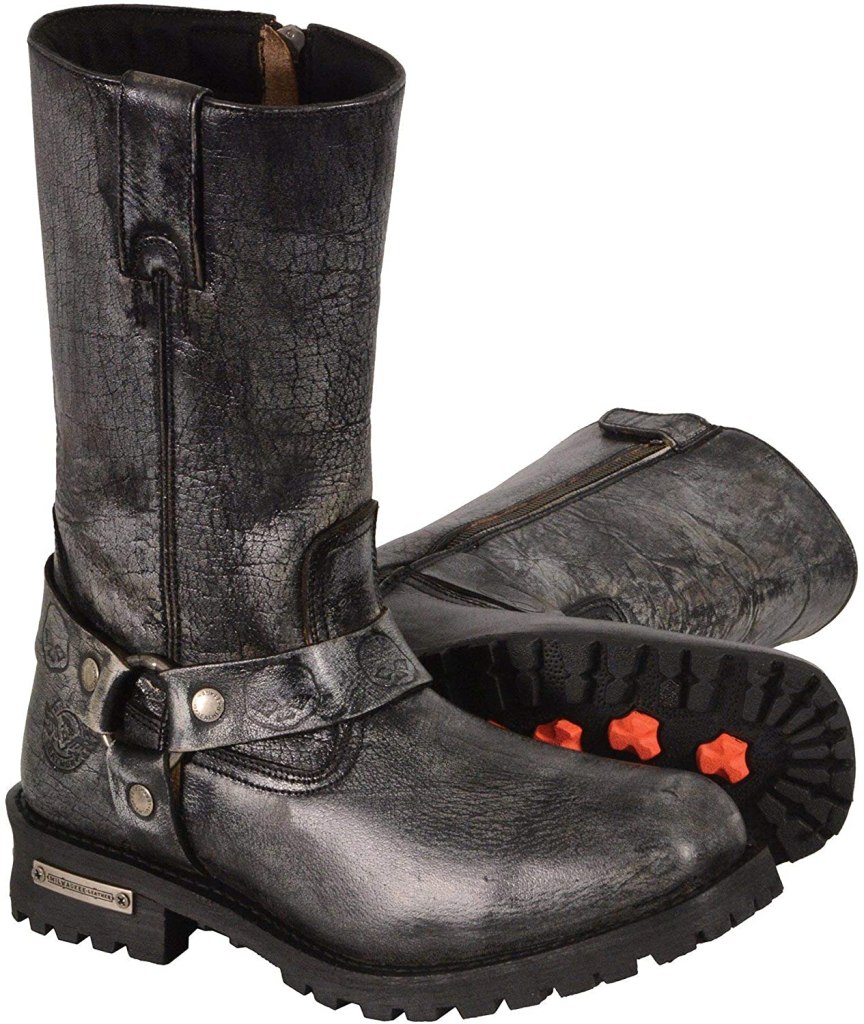 We love these stylish and practical motorcycle boots from men. They were created by Thursday Boot Co. in collaboration with Rande Gerber, the co-founder of Casamigos Tequila. The Casa Moto Boots come in handsome brown or black leather, and there’s no other way to say this, they’re a sexy pair of boots. In addition to the timeless style, these boots have a goodyear welt so they’re long-lasting and keep your feet dry. The cork-bed midsoles form to your feet with use, which means these motorcycle boots will become more comfortable the more you wear them. 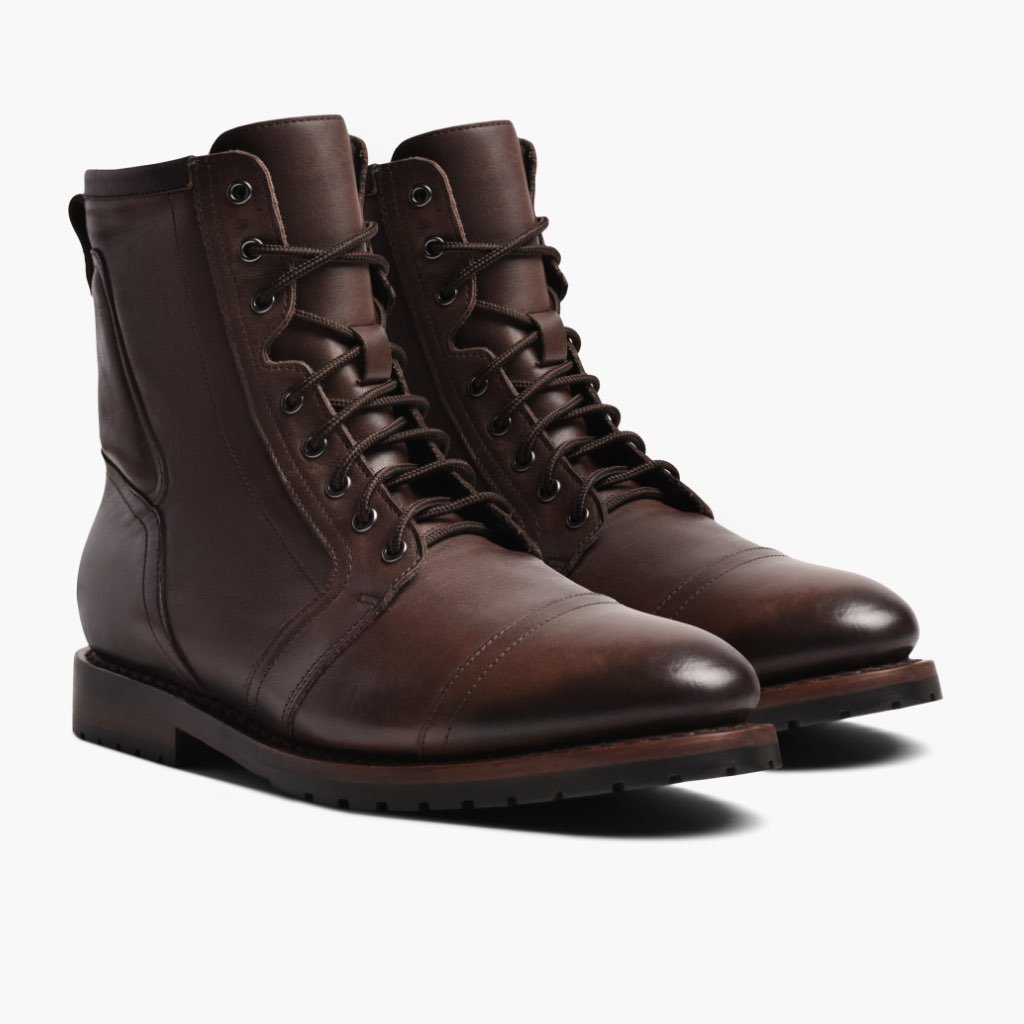 You can’t not include Dr. Martens when working on a boot roundup, and that goes for any boot roundup. The venerable English brand has boots and shoes for days. Their Chelsea boot (which you could use if you use your bike for commuting) has the brand’s signature treaded outsole. It’s detailed with a black harness, elasticated gore, and the brand’s pull tab at the back. 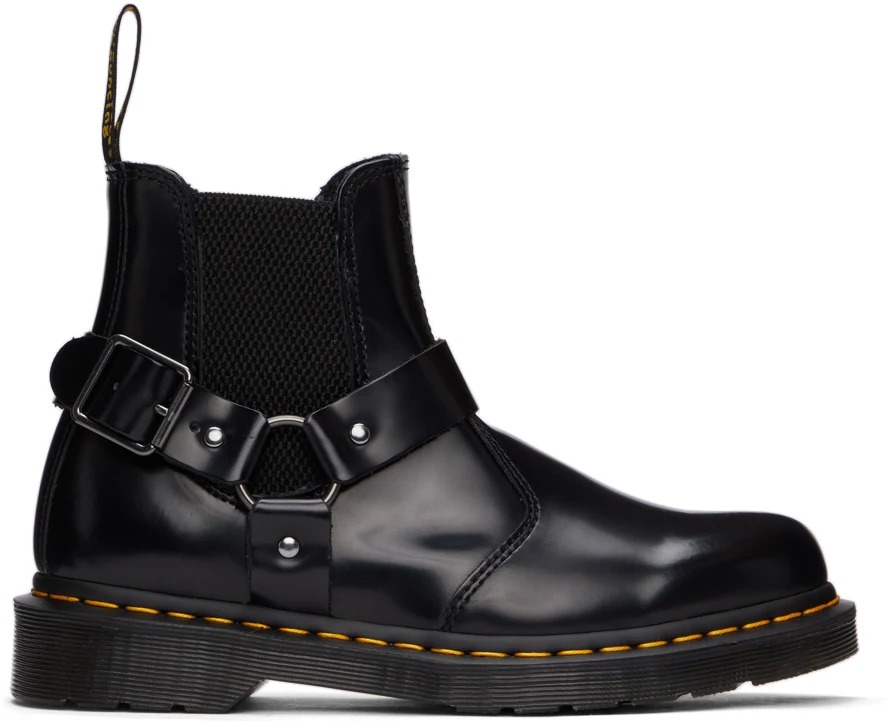 As mentioned earlier, Harley-Davidson has an incredible range of motorcycle boots. Their Dendon can be used for riding as well as on the street. Unlined and made with full grain leather, this boot is as indestructible as it’s sleek looking. It has Goodyear welt construction, which means it can stand up to anything. The 9-inch shaft protects ankles and can be worn under jeans. 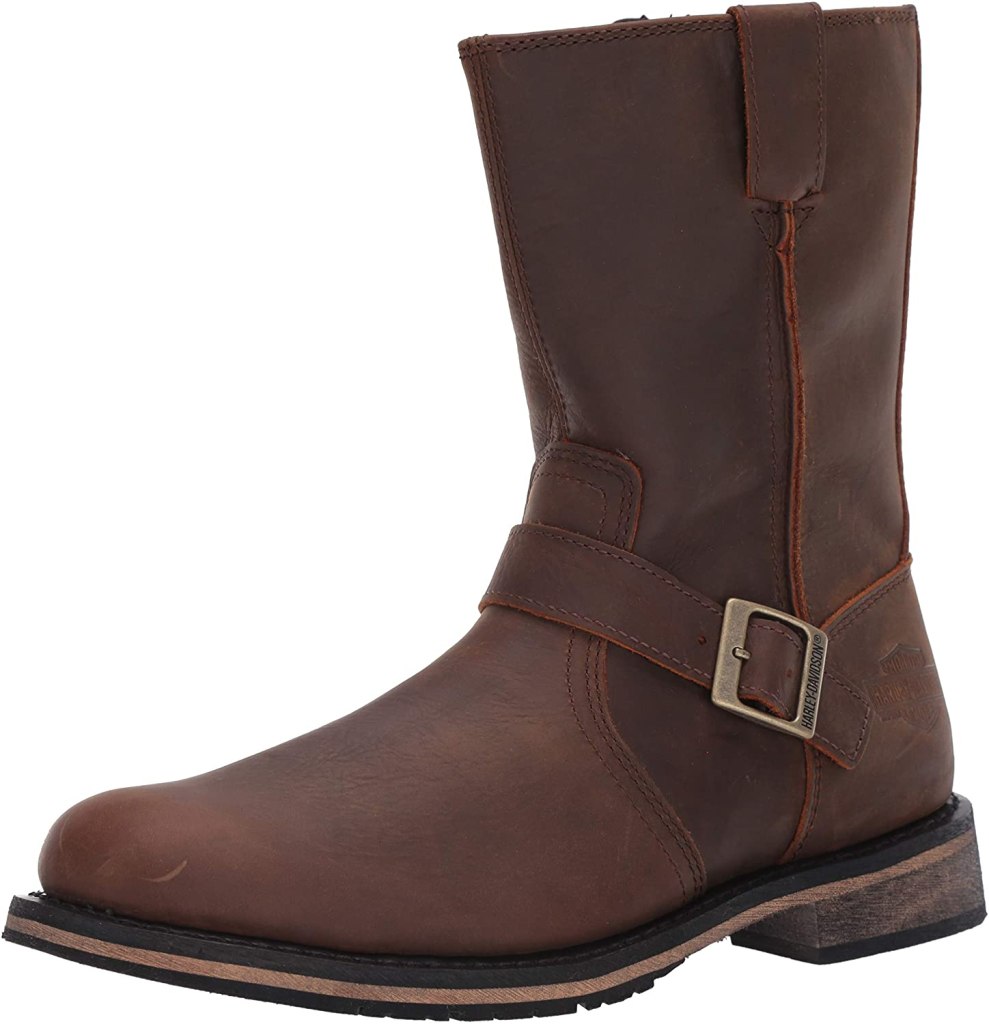 When you hear the words “Red Wing” you think of tough boots that’ll handle anything. Because of their durability, a lot of guys use their Iron Ranger for riding. Whether or not you’ve ever rode a motorcycle, these boots can be worn anywhere. They’ve got a Vibram sole that sits under a goodyear welt construction, meaning that they’ll be around for a long time. 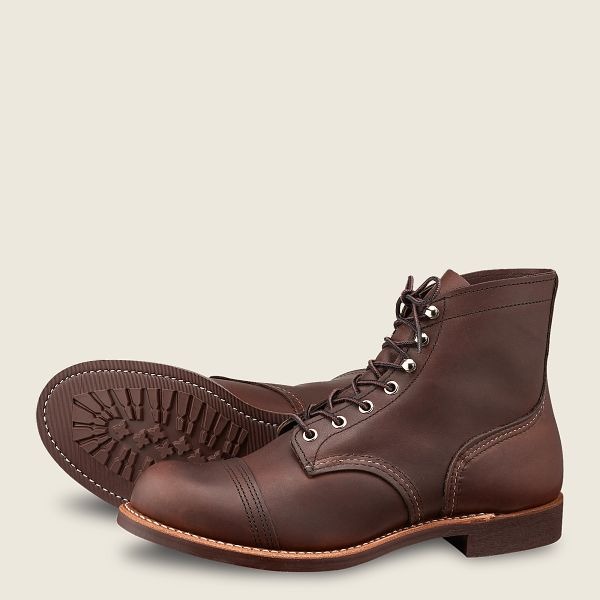 Work boots became a unisex fashion “must-have” in the early 70s, and throughout the following decades, they’ve come in and out of the fashion spotlight. If you’re looking for a work boot that could be used on a motorcycle, scooter, for work or just for your day-to-day life, Wolverine’s Floorhand work boot is a great choice. It’s high enough to protect your ankles and lower shins from hot exhaust pipes, it’s waterproof, has a moisture-wicking lining to keep your feet dry. It also has cushioned midsole, steel toe and an outsole that grips the ground. Reviewers rave about it as a hiking boot too! 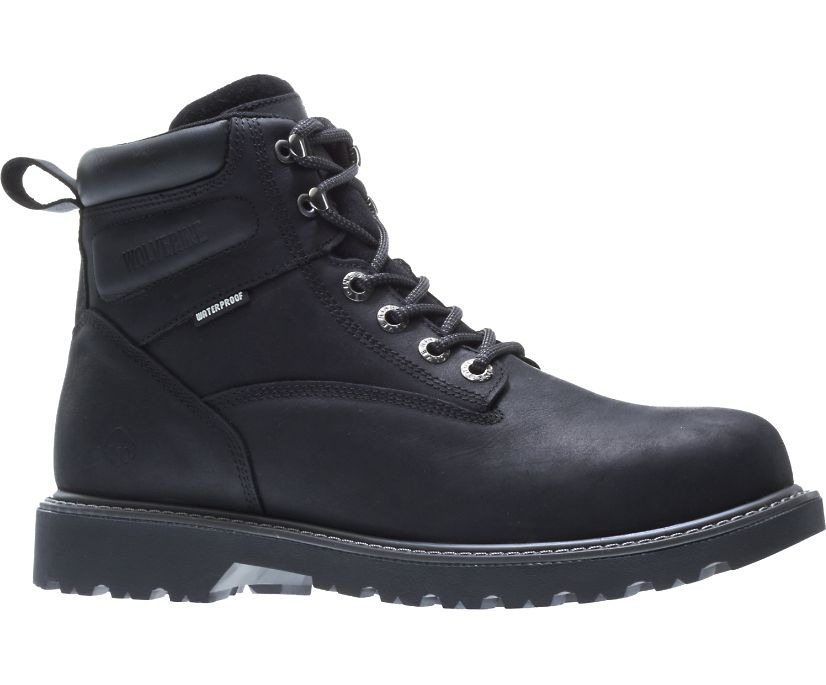 Belstaff started making waterproof motorcycle clothing back in 1924. In 2004, Ewan McGregor and Charley Boorman wore Belstaff motorcycle jackets while filming their motorcycle odyssey Long Way Round.  For years, the company has been creating both motorcycle gear and high-end casual wear. Their Trialmaster boot is an oil leather waterproof motorcycle boot that traces its heritage to their moto boot of the same name that was first designed in the 50s. Unlined, it has a grippy lug sole. It’s dressy enough for a night out and sturdy enough to handle a ride or three. 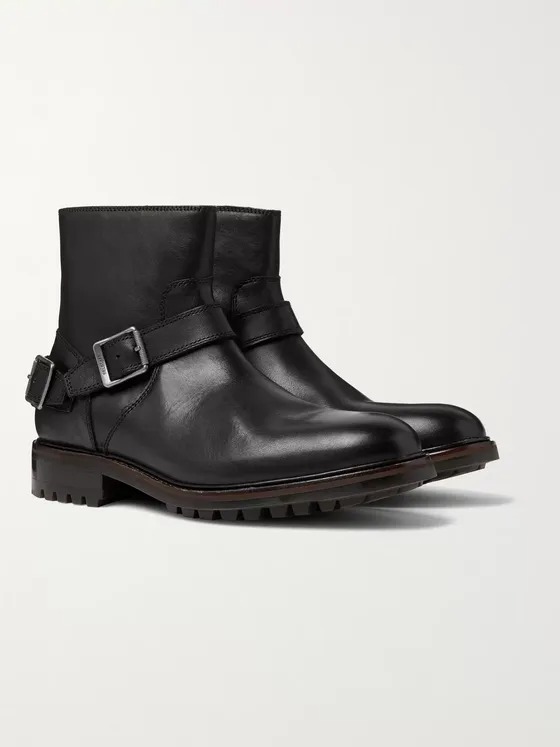 Spy Guide: The Best Men's Boots for Every Occasion