* Neoprene fabric is lightweight and warm.
* Unique structure adds a modern touch.
* Can be used to elevate office outfits and off-duty attire.

Over the past few years, high-end fashion designers have been utilizing neoprene to create warm, uniquely structured, hyper-modern jackets and sweaters. Neoprene is most commonly used in wetsuits, but designers such as Rick Owens, Lanvin and Balenciaga have found a way to alter it and make it into clothing. The heat-trapping capabilities are retained, making for outerwear that’s minimal and lightweight, but also very warm.

As cool Rick Owens’ clothing may be, it’s a hard brand to pull off if you’re not a model or celebrity. Luckily, other brands have taken the innovative neoprene fabric and made scuba jackets into wearable, everyday clothing that adds just the right amount of versatile modernity. Below are some of our favorites.

This cozy, well priced scuba hoodie from Victorious a great way to wear neoprene in a casual look. 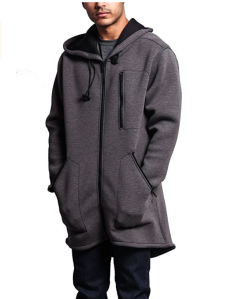 Kenneth Cole has done a great job utilizing a colorway that works with the neoprene fabric. Upgrade your office look by pairing it with a white oxford shirt and dark blue jeans. 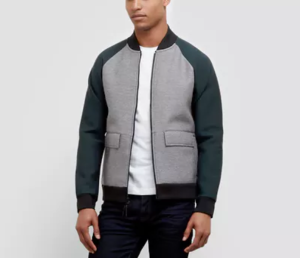 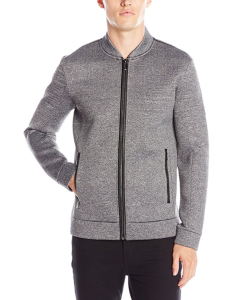 Logo sweaters are a must-have in your wardrobe this fall. This one takes it to another level with neoprene, giving you the opportunity to nail two trends with one sweatshirt. 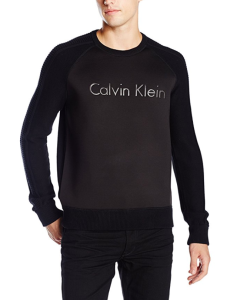 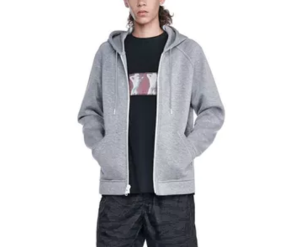 Sheltered Shoes: 10 Waterproof Shoes You Can Wear to the Office

By utilizing neoprene in a full coat, Vicolo produces an outerwear statement that’s lightweight, warm and very well priced for a winter jacket. It’s a modern long bomber style, but also has a vintage touch thanks to a subtle houndstooth print. 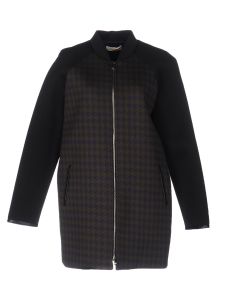 Halogen’s ruffle sweatshirt is great not only because of the trendy design and fabric combo, but also because the neutral gray is very versatile. 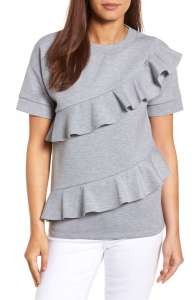 Bold patterns (especially floral) are huge right now, and Blue Les Copains has expertly paired them with a simple neoprene bomber. If you’re looking for a trendy fall/winter go-to, this is your best bet. 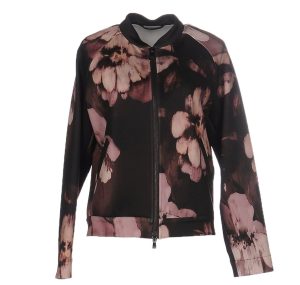 This boxy cut, nude color neoprene sweatshirt by Reiss will make almost any casual outfit look like high-fashion. It’s easy to wear because the design is very minimal, but the neoprene structure and the oversized fit make it stand out. 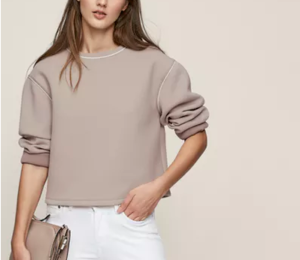 Michael Kors makes use of neoprene by improving a winter staple: the down jacket. By using neoprene instead of down for the sleeves, the silhouette becomes much more slim and sleek, but doesn’t sacrifice warmth. This jacket is great for running errands in cooler weather, or warming up for a run on cold mornings. 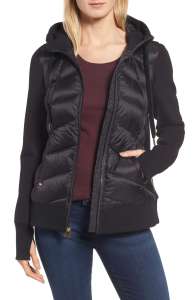 Michael Kors Down and Neoprene Jacket