It’s that time of year again! Nordstrom’s annual Anniversary Sale is finally here and we’re about to go crazy.

The official 2022 sale started July 6 and will last until July 31. During these 25 days (which is 13 more days than last year’s Nordstrom Anniversary Sale), you’ll be able to snag your favorite sale items at insane prices.

This year, we’re seeing wild price drops like 30%, 40% and even 50% off brands like Cole Haan, Therabody, Herschel and more. Seriously, check out the sales deals for yourself. You won’t believe your eyes

If you’re looking to get in on Nordstrom’s biggest sale of the year but aren’t quite sure where to start, check out the best deals we’re seeing below.

Cole Haan is a favorite around here at SPY, and we’re happy to announce they’re offering some great deals over Nordstrom’s anniversary sale. This is one of their lightest sneakers, making it a perfectly comfortable shoe for the office or a travel day. It’s got a super breathable upper and anatomical cushioning built in for supporting the foot’s natural flexibility. It’s also got a springy, shock-absorbing arch and a lacing system designed to lock into place, so you can tie each time or wear them as slip-ons. 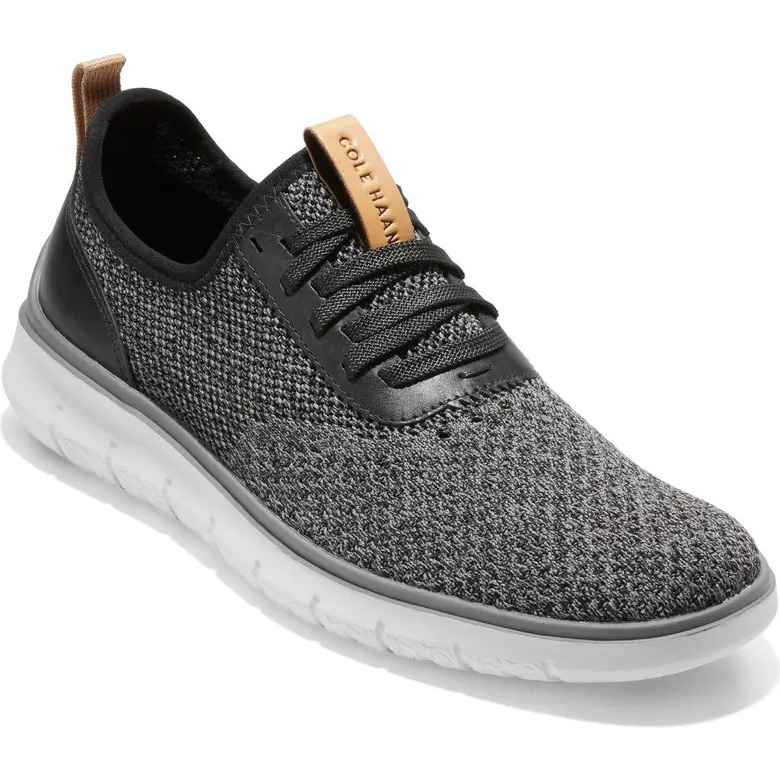 Looking for a stylish pair of pants that will change what you wear forever? Look no further than these stretch cotton pants from Bonobos. With a casual look and fit, these pants stay in the loop with current men’s fashion and look great draped on any guy’s legs. They’ve got playtime written all over them. With three cool colors to choose from, we know you’ll find your pair. 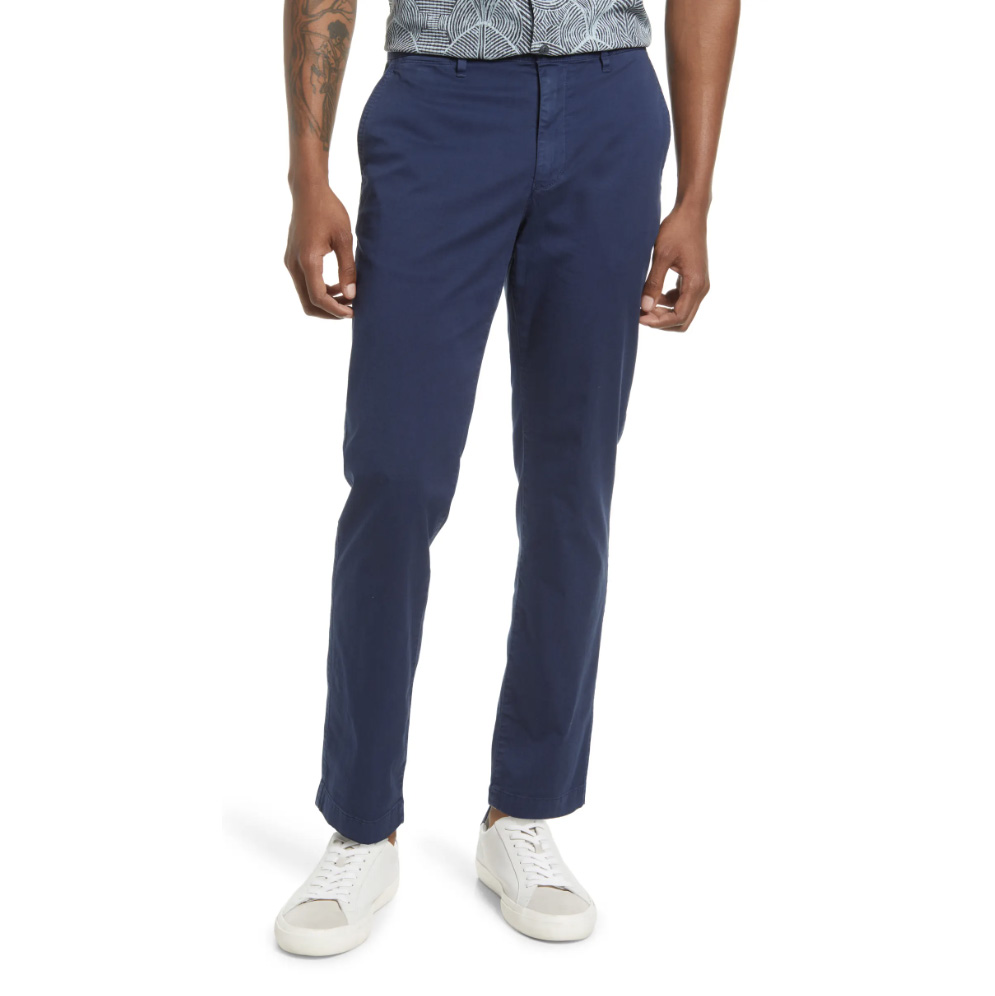 This is a perfect structured, trendy polo for men to rock all summer long. Whether you’re headed to the green, joining the fam on a beach vacation or on your way to the office, this polo can be worn just about anywhere during warmer weather. 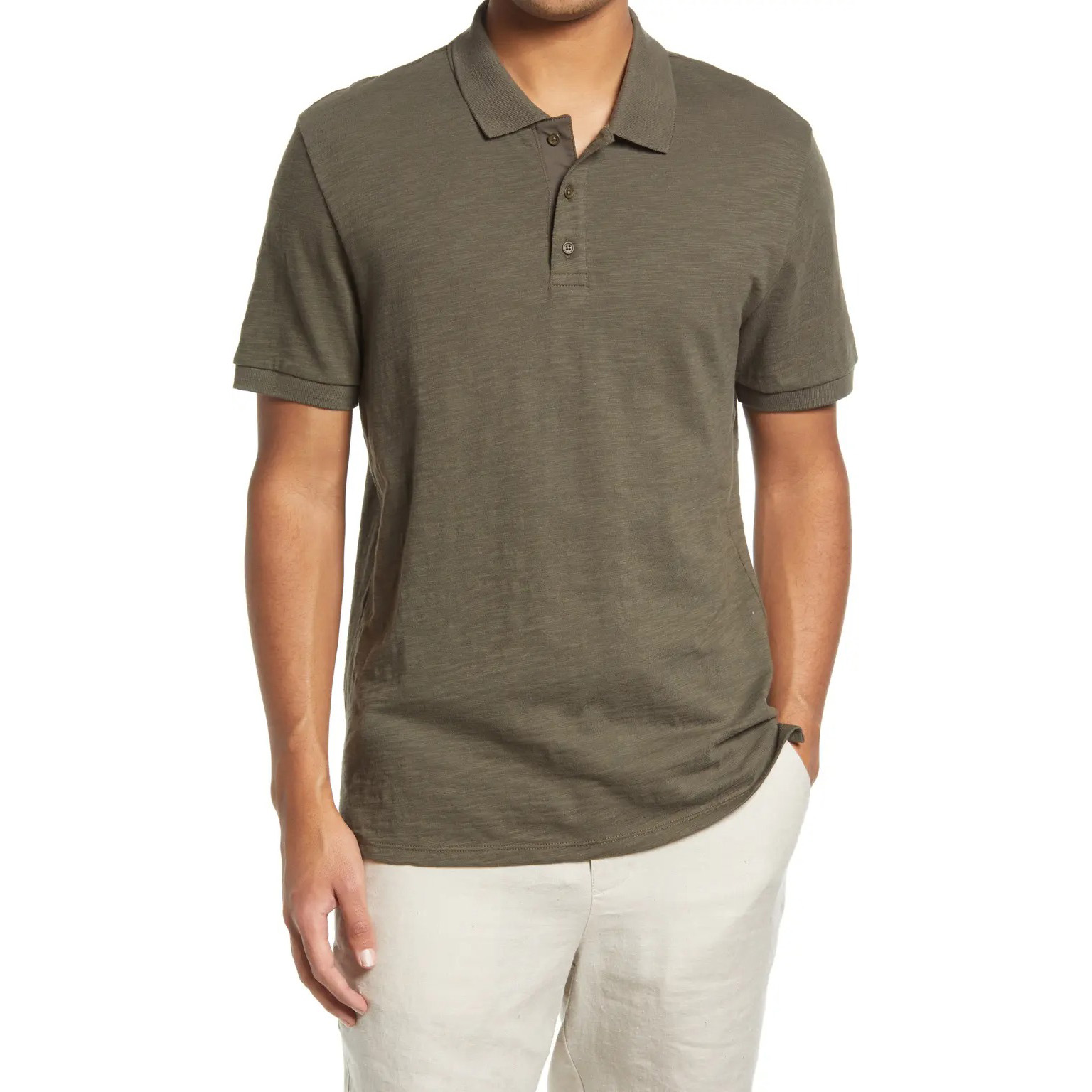 It might not be a fashion deal, but if you know SPY, you’ll know we’re absolutely obsessed with Theragun. It’s clearly the best of the best in terms of massage guns so you can never go wrong with a purchase from the brand. Right now, you can get in on an unfathomable massage set deal at Nordstrom that includes the Theragun Elite, Wave Solo and a CBD bundle for the ultimate at-home massage. Trust us, you’re not going to find a deal like this anywhere else. Like, ever again. 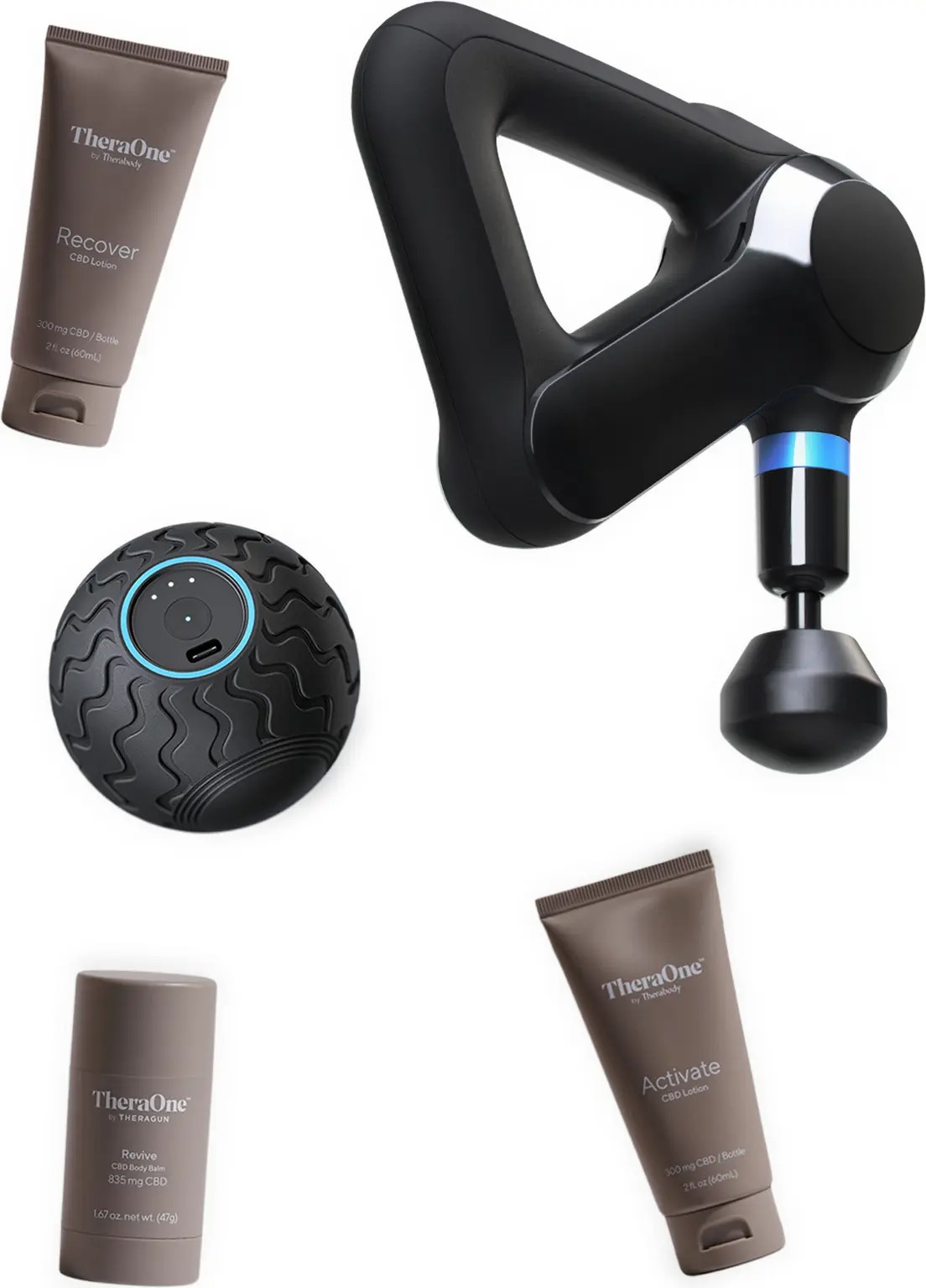 Calvin’s are some of the priciest underwear you can buy, and honestly, it’s for a good reason — they’re sexy. These leg and tush-hugging boxer briefs let the jewels sit nicely and allow for extreme move-ability no matter what you’re up to. If you don’t have a pair of Calvin’s in your underwear drawer just yet, now’s the time to snag ’em, because you’ll get five pairs in total. 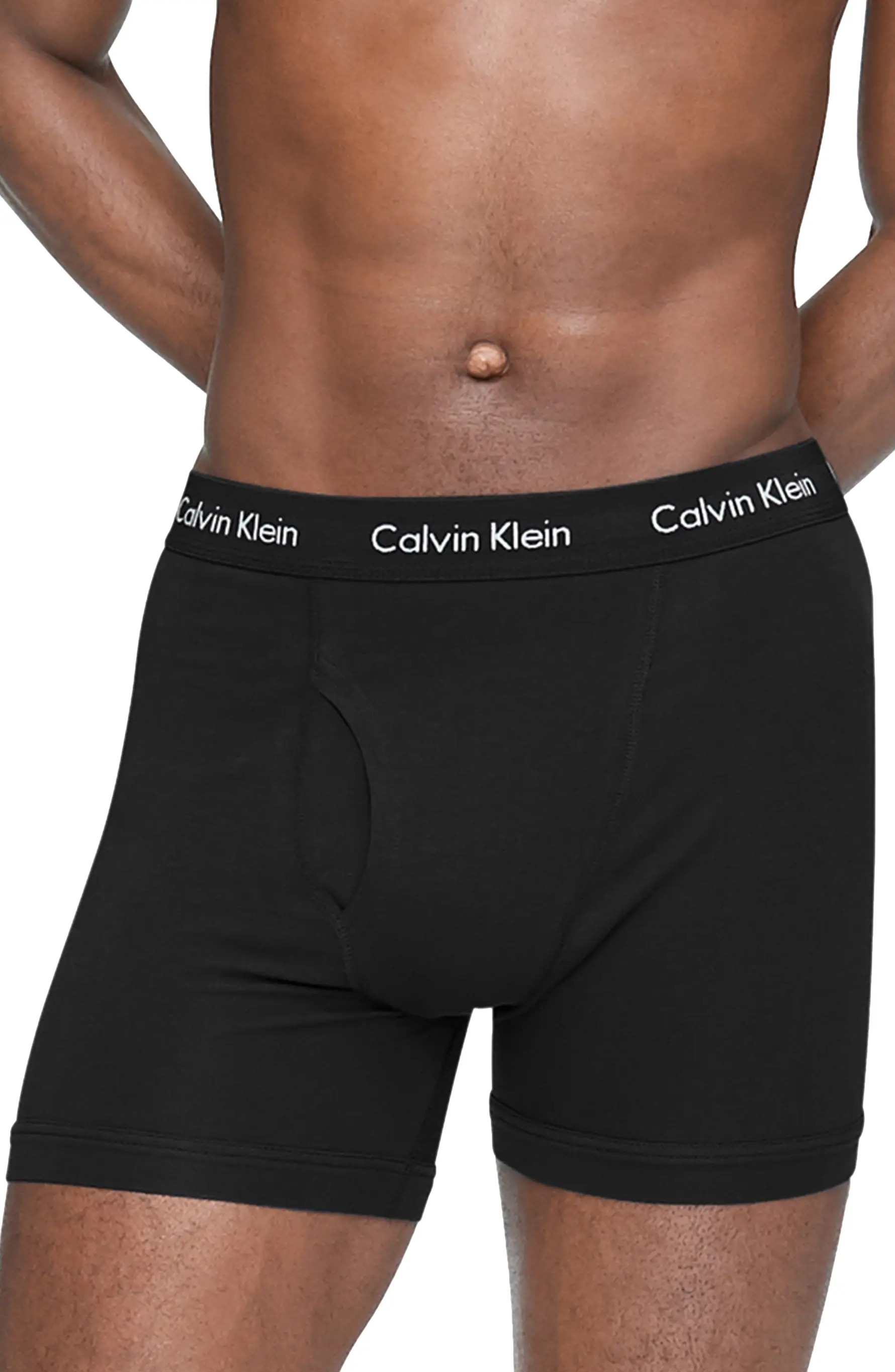 A water-resistant, packable duffle bag from Herschel at just $20? This doesn’t even feel like real life. But, thankfully, it is. Take this puppy on any weekend trip you have coming up and store it in your junk drawer when it’s empty. It folds up into itself for effortless storage, so much so, that it even feels like a bit of a travel hack. 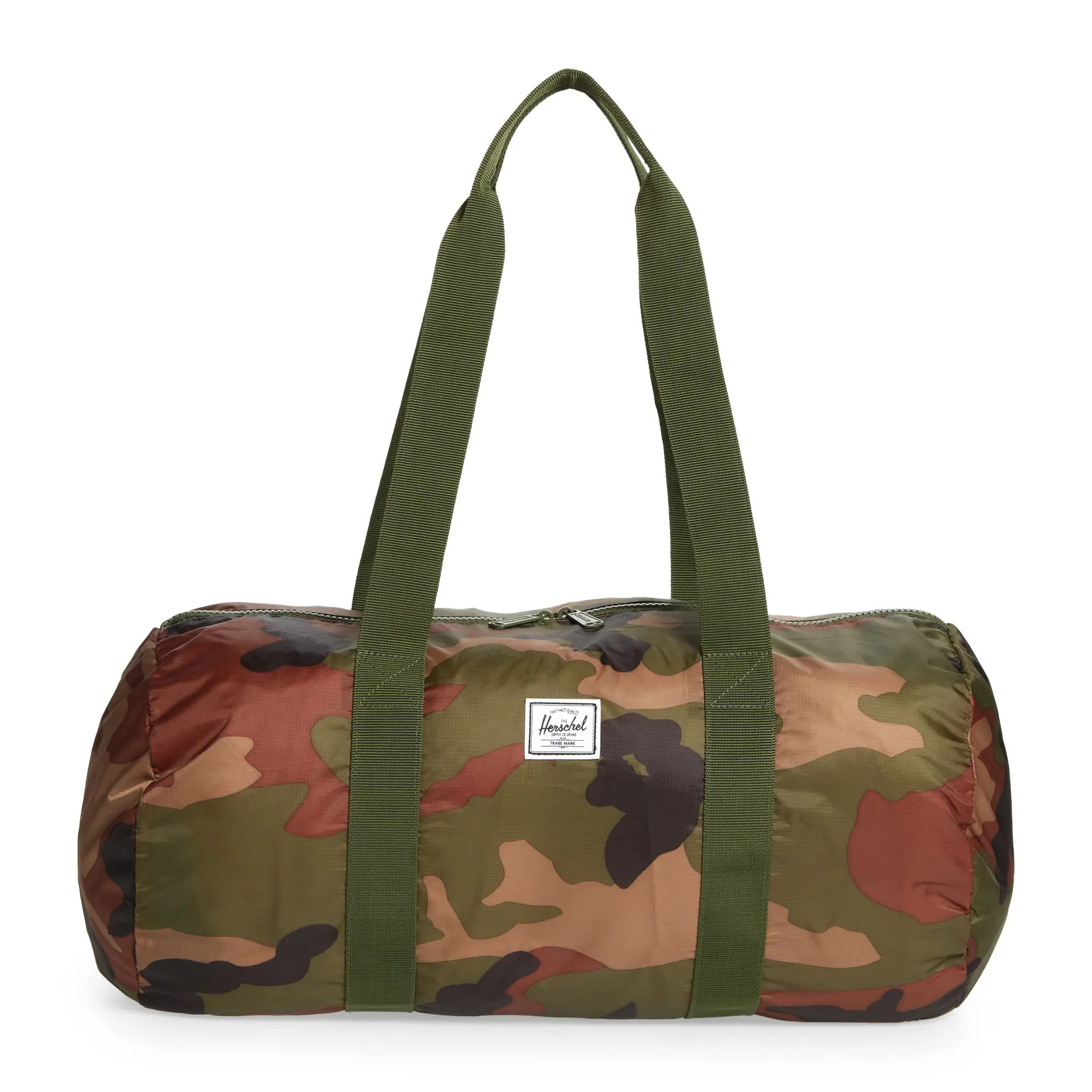 Summer’s nowhere near over, so if you’re still rocking flip flops from 2017, it’s about time to get yourself a new pair. Given their contoured footbed and thick, soft straps, you can’t go wrong with the OluKai Hokua flip flops. Unlike the majority of men’s flip flops, these are actually made for walking. Each flop is durably made and are created for comfort with every step you take. 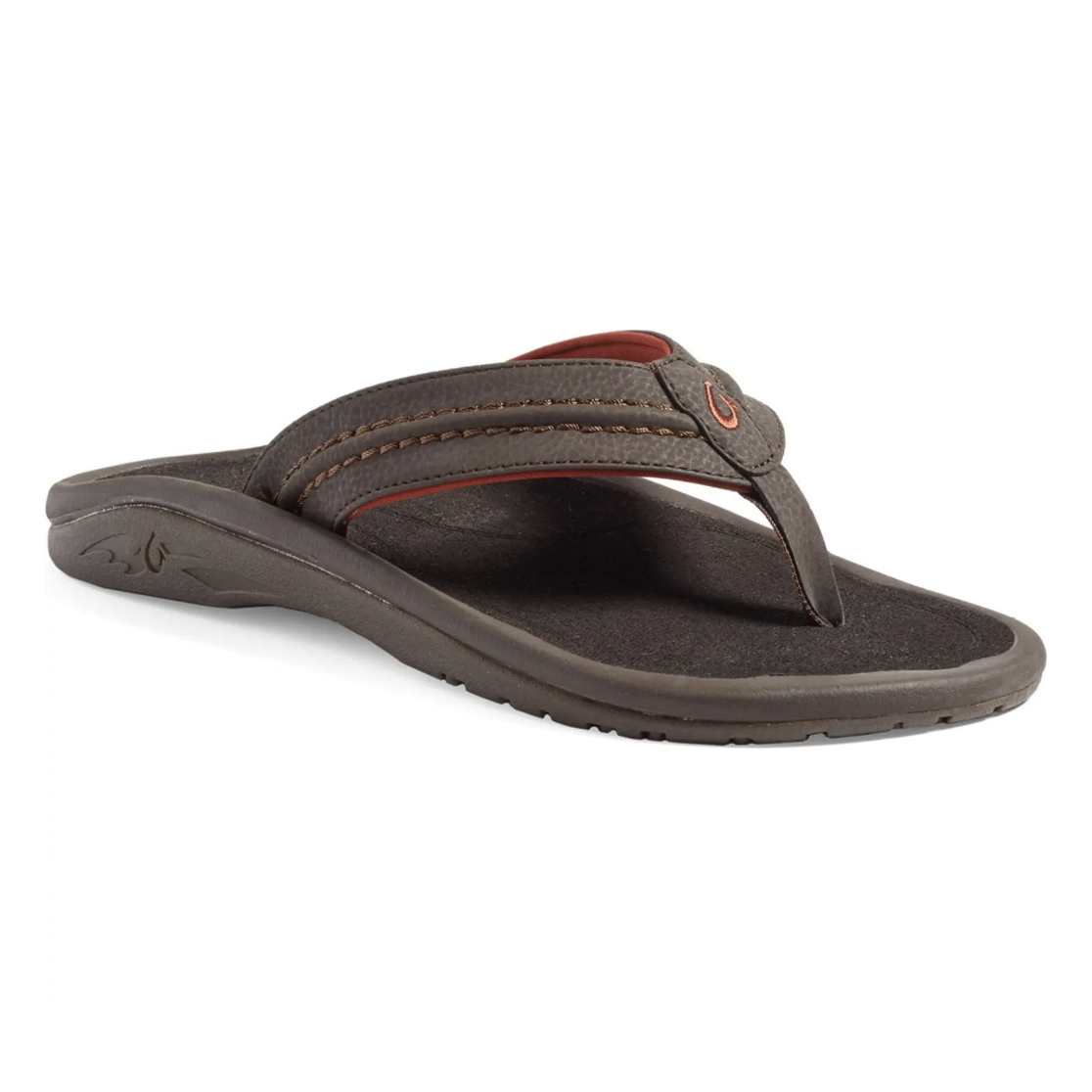 Need a new pair of sunnies for the season? Well, Nordstrom has you covered with these gradient sunglasses from Ray-Ban, currently on sale during the Anniversary Sale. Each pair is built with hexogonal frames and is made with 100% UV protection to keep your eyes safe day in and day out. 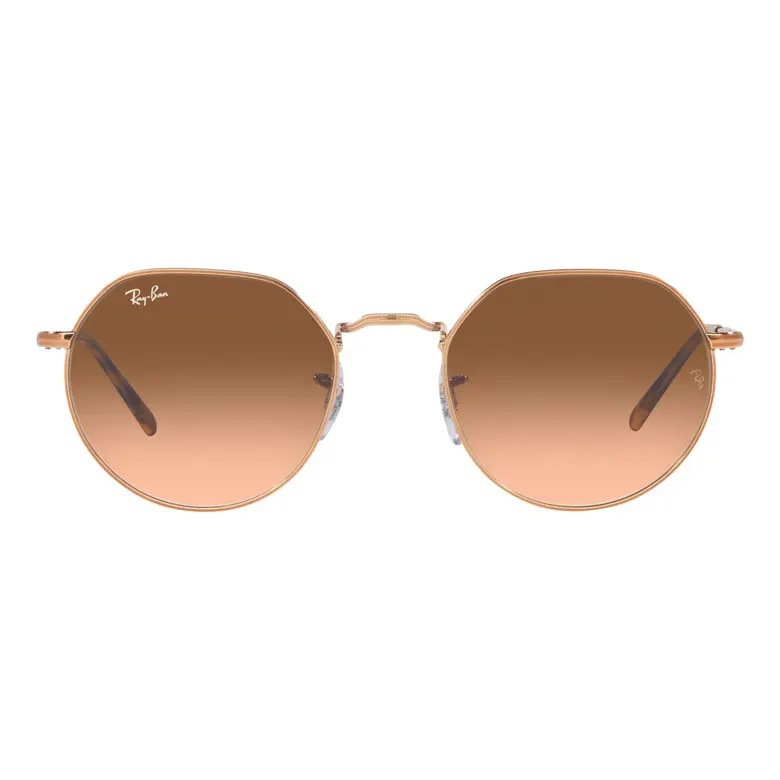 Save $20 right now on the Adidas Swift Run Sneakers during the Anniversary Sale at Nordstrom. These lightweight sneaks use EVA cushioning that helps you put pep in every step. They use a knit upper with a sock-like feel that helps keep your feet comfy through whatever you decide to put them through day in and day out. From runs to walks to drinks with friends, these are sure to become a new favorite. 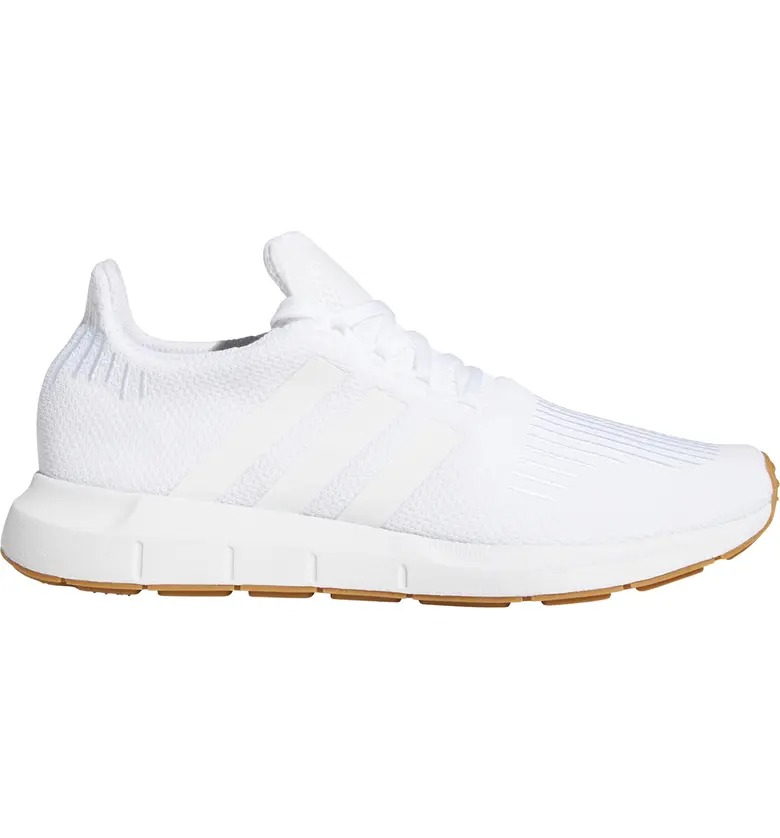 Kiehl’s products are another crowd-favorite and we’re happy to announce that a few of their products are discounted for Nordstrom’s Anniversary Sale, including this Facial Fuel face wash. It’s designed to thoroughly remove oil, dirt and other impurities on the surface of your skin and is formulated with vitamins for a total refresh. It’s also formulated to prepare skin for a shave and give it an overall healthier and fresher appearance. 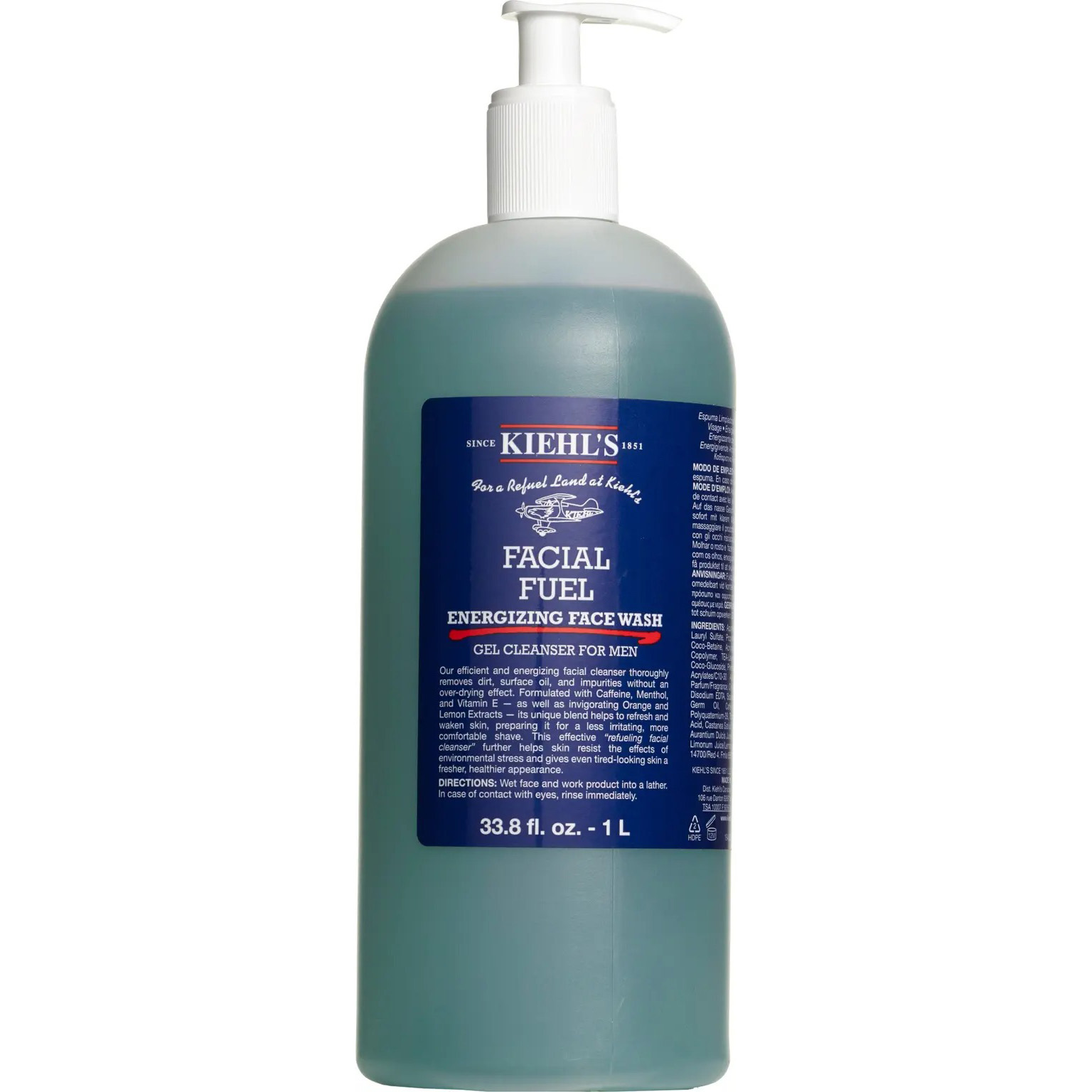 These are the ultimate everyday shorts — they’re build soft, breathable and moveable making them great for working out. They’re also super comfortable to wear for an errand day, lazy day at home or at a casual athleisure brunch. They’re the ultimate staple comfy shorts for men, and the price tag has dipped below $30. 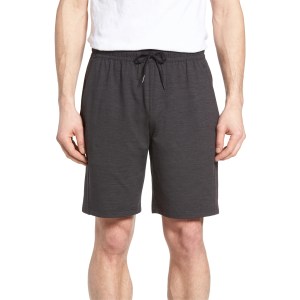 Improve your couch’s coziness with the plush throw blanket that’ll make you never want to get off of it. Designed for Chinese takeout and scary movies on rainy days, this soft throw on is the living room essential you’re lacking. This throw is available in 17 different colors, so no matter what the vibe of your living room is, this blanket will fit in with no problem. 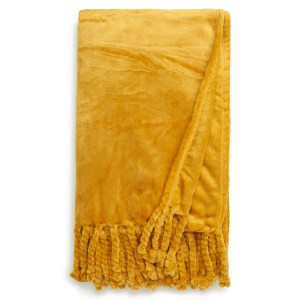 We’ll say this once and once only: you’ll probably never see a Magnanni leather belt under $100 ever again, so act now or forever hold your peace. This well-reviewed burnished leather staple has class written all over it. Wear it alongside your favorite suit and leather watch combo at the next wedding of the summer. 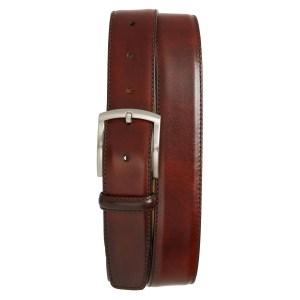 Robert Barakett has a pretty stellar line of basic tees for men in a slew of colors. Though they’re typically on the pricier side (one shirt normally goes for about $60), people still rave over these babies — they have almost 500 incredible reviews on Nordstrom. It’s super soft, breathable and especially comfortable on sensitive skin. You’re going to want to snag this as soon as you see it though to understand what we’re talking about, these shirts sell out like hotcakes. You’ve been warned! 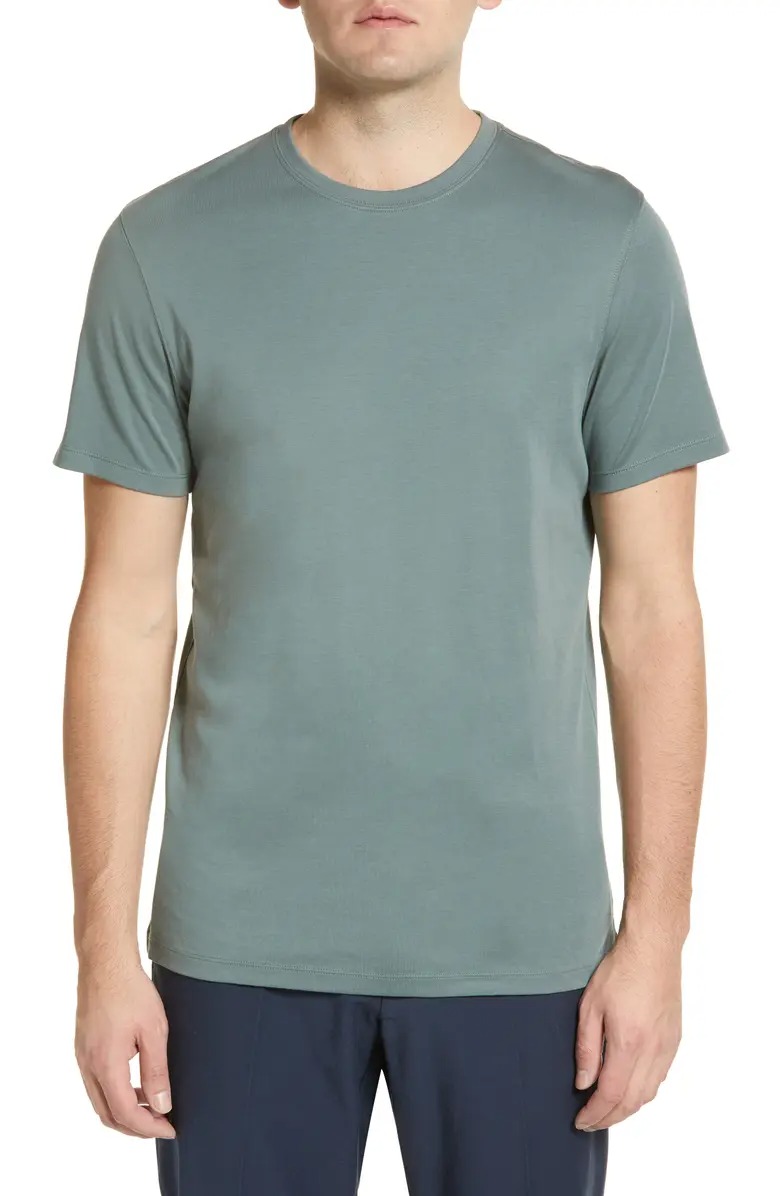 While it isn’t quite hoodie weather yet (or even close to yet), there’s never been a better time to save on one of the coziest fleece pullovers the world ever did see. This fleece hoodie from BP. is extra warming when it’s chilly outside. Snag it now and keep it in your closet for when you really need it. Trust us, you aren’t going to regret this one. 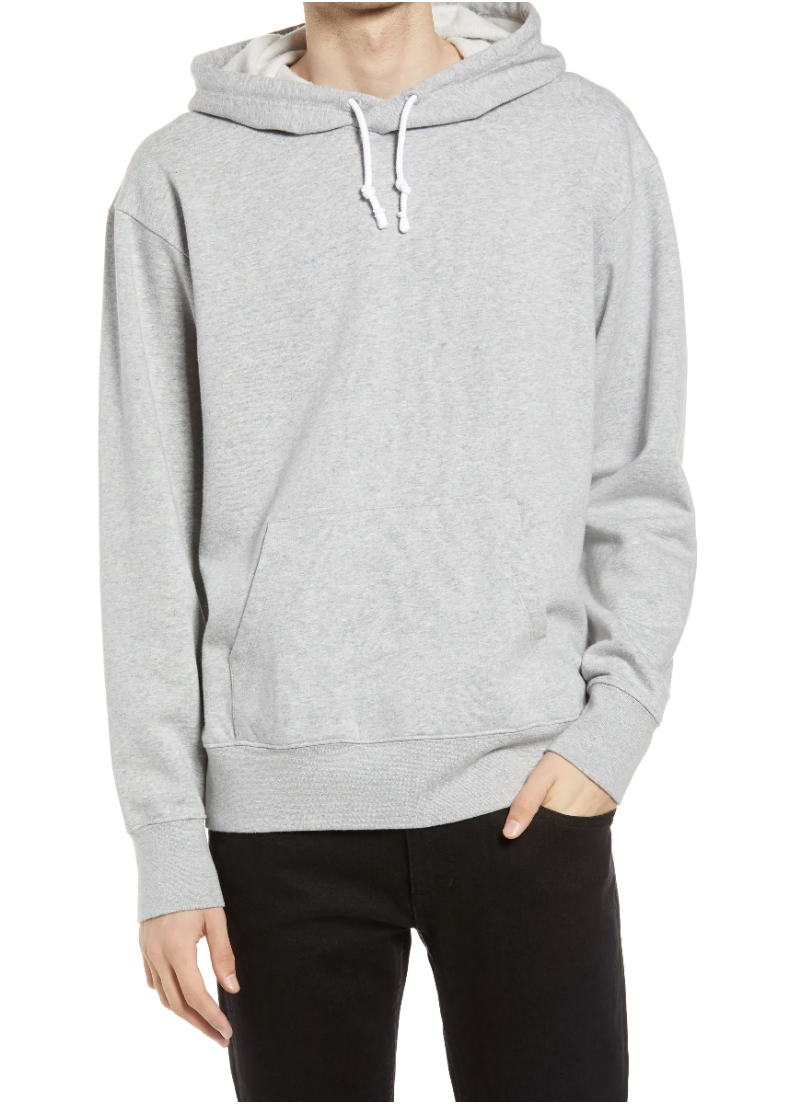 Peter Millar is a massive name in men’s fashion. So much so, that folks on Nordstrom simply rave about their Salen High Drape Performance Shorts. And now, they’re even more worth raving about, given they’re currently down to $64.90 from around $100. These shorts look like your average chino shorts but are built with seriously impressive qualities like two-way stretch and the ability to wick moisture. You’re going to want more than just one pair of these in your dresser, trust us. 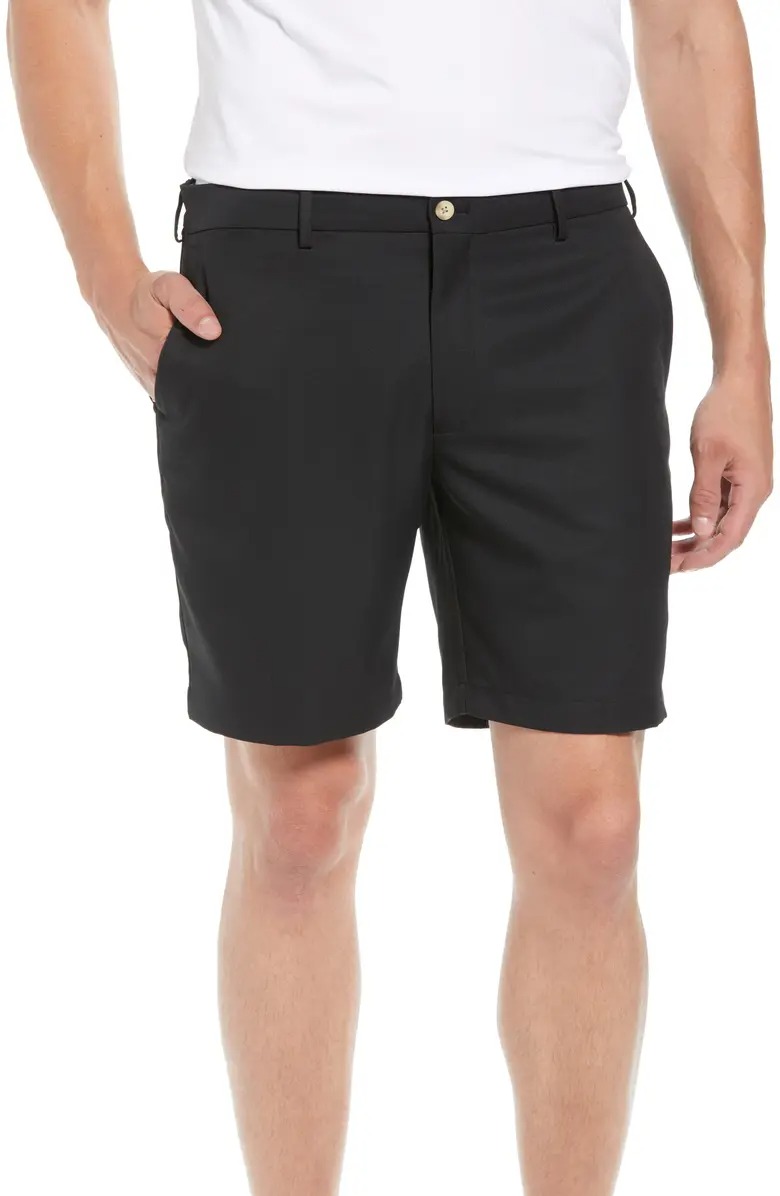 Looking for a cozy robe to strut around the house in next season? Find it in the Brunswick Robe from UGG. This cozy, hooded robe is softer than soft and hits right under the knee. It’s normally upwards of $150 but is currently just $96.90 right now. 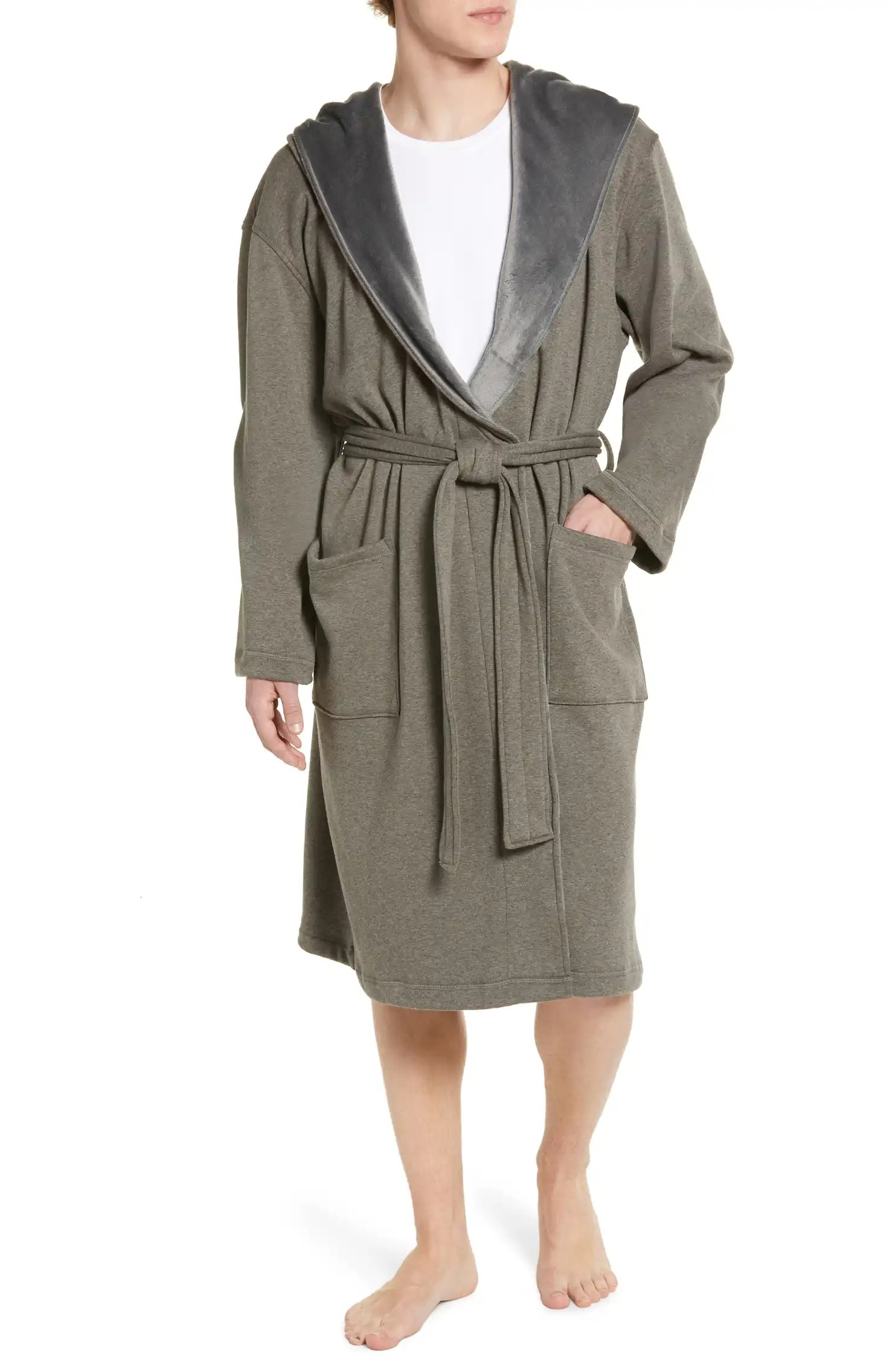