When Everlane launched in 2011 with a line of T-shirts, it did so by being completely transparent about where the tees was made, how much it cost them to manufacture, and a slew of other factoids so that consumers knew exactly what they were paying for. The brand has continued this tradition as they’ve expanded their offerings to a now full line of modern basics.

Because Everlane is a direct-to-consumer brand and chooses to be transparent about its items, you know exactly what you’re paying for every time. Everlane even includes the “traditional retail” price of every item it sells online because that’s how radically transparent they want to be. Not only that, their effortless styles offer an elevated spin on everyday basics that everyone needs in their closets.

Looks can be deceiving, but this fleece crewneck is just as comfortable as it looks. The inside is ultra plush and soft, while the outside has been finished for a premium look. 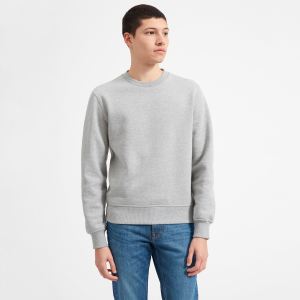 Dress it up or down, this raglan French terry crewneck is so versatile that you’ll find you need it in each of the 6 colors it comes in. 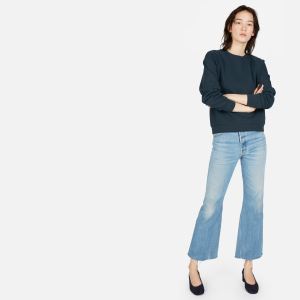 We can’t think of any reason why you shouldn’t want another hoodie in your wardrobe, and this French terry cotton number is built to last and just the right weight. Throw it on as a layer for the rest of winter and keep it around for lazy weekends this spring. 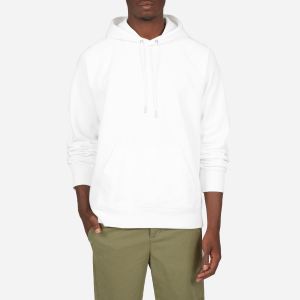 An oversized hood and side splits? Do they make one for men? With its modern design, you can and should wear this one everywhere you wouldn’t normally wear a hoodie. 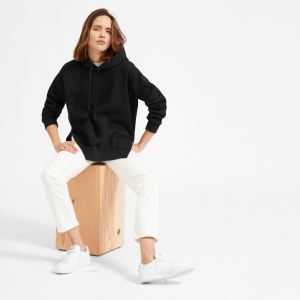 Jeans – especially the darker washes – are appropriate for just about any scenario, and these Japanese denim are designed with a bit of stretch so you’ll be comfortable at all times. 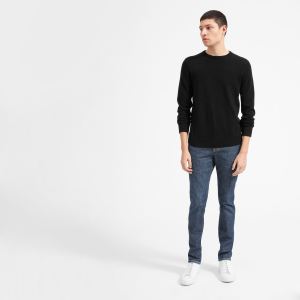 These high-rise Japanese denim skinny jeans are made in the “world’s cleanest denim factory.” They’re finished in dark indigo making them a versatile pair of everyday jeans. 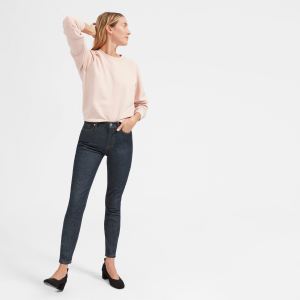 The beauty of chambray button down shrt is that it works all year round, and Everlane’s rendition is cut with a slim fit, so it’ll look great under a blazer or on its own with a pair of jeans. 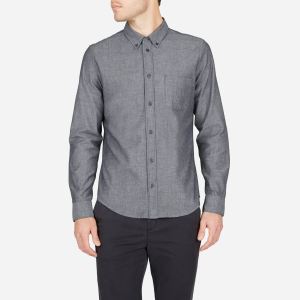 A classic button down shirt is also a must-have closet staple for women too. This shirt features a muted sage green color, for a fun spin on the classic style. 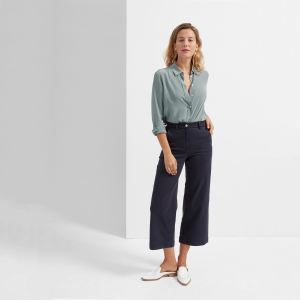 The bomber jacket is an essential layering piece, and its timeless design is always in fashion. Consider your wardrobe incomplete without one. 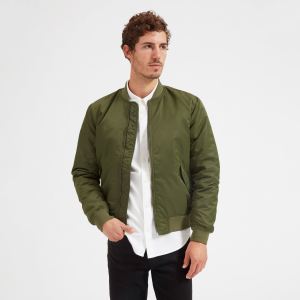 Available in black, navy and surplus, Everlane’s women’s City Anorak has that vintage look going for it, but it also happens to be water-resistant, so you’re getting both style and function. 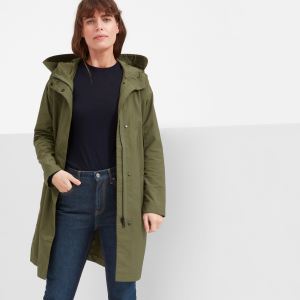 Everlane sources its Grade-A, 15 micron cashmere from Mongolia.  If this color-block variant isn’t your style, there are 11 others to choose from. 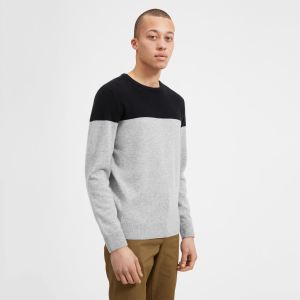 Made from the same Grade-A cashmere as the men’s crewneck, the women’s version comes in 17 colors. We really like this bright blue color option, with navy cuffs. 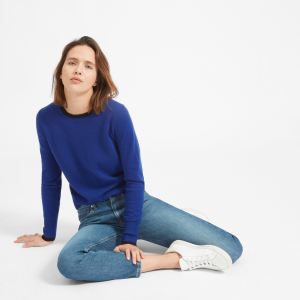