We’ll admit it — Halloween is our favorite time of the year, even more than Christmas. We all get one night to dress up as someone or something completely different from our ordinary selves, and feel smarter, sexier, stronger, or more interesting than we do in our daily lives. And if you regularly binge-watch Netflix like us, then you probably already have an idea of who you’d like to morph into this Halloween.

That’s why we’ve compiled a list of how-to best pop-culture Halloween costumes for some of our favorite characters, from the new ones we’ve grown to love to some notable throwbacks. We made sure to include plenty of hilariously (and elegantly) relevant costumes from recent and popular TV shows, along with timeless pop-culture comebacks. These costumes are sure to help you pull off your most magical Halloween yet.

In addition, we’ve got everything you need to have the best Halloween of your life in 2021:

With all the drama regarding Britney Spears’ conservatorship, it’s only fitting to pay homage to the queen of pop with a costume dedicated to her. If you’re brave enough, recreate her old “Oops I Did It Again” red stretch vinyl catsuit with this unisex piece that both men and women can rock. We suggest pairing it with a sign hung around your beck that reads “#FreeBritney”, or buying this hat that gets the same message across. 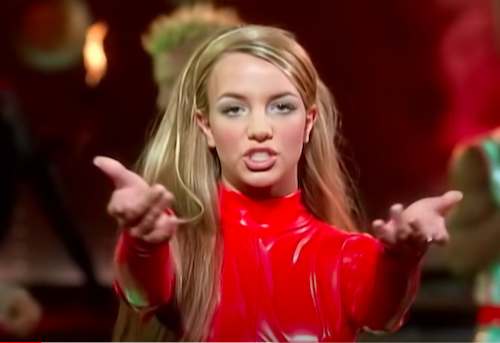 Now that the pandemic is winding down and most people are vaccinated, Tiger King can finally get the Halloween it deserves. It’s tough to choose between all the riveting characters of Tiger King, but Joe Exotic, aka the “gay, gun-toting cowboy,” as he sums it up, is #1 when it comes to memorable outfits. Throw on your finest jeans and a leather belt, and pair it with this ridiculous shirt, a bleach-blond mullet wig, and a fake mustache to recreate the look. 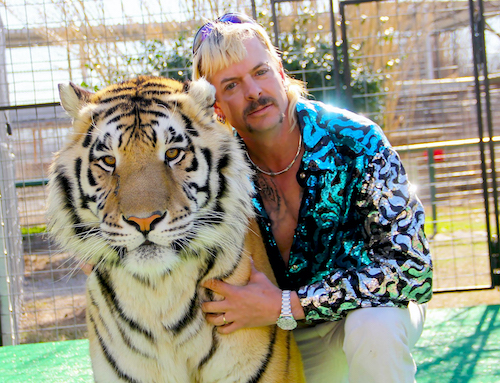 The wardrobe in the 2021 sequel to Coming To America was just as epic as the one in the first movie. The pop-culture Halloween costume possibilities are endless since pretty much every character is dressed impeccably in the lavish traditions of Zamunda. But for a couple’s costume, we recommend either the sharply dressed Akeem and Semmi, or the breathtaking couple, Lisa and Akeem. Either way, make sure you have plenty of jewels on hand. 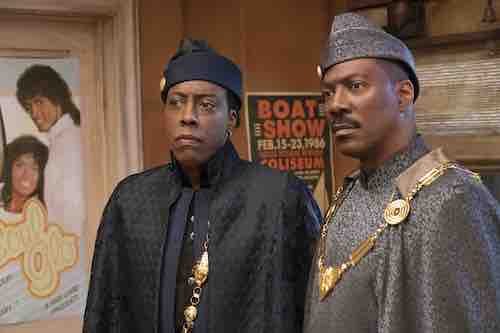 Is there anyone cooler or more charming on TV right now than Assane Diop in the French Netflix series Lupin? Meet the ultimate costume that still lets you flex your fashion chops without looking like a little kid playing dress-up. This stylish dresser has a look that’s classy but not too complicated to accomplish. All you need is a driver’s cap, a couple of handfuls of costume jewelry to show off the latest heist, and of course, a well-constructed wool jacket that steals the show all on its own. 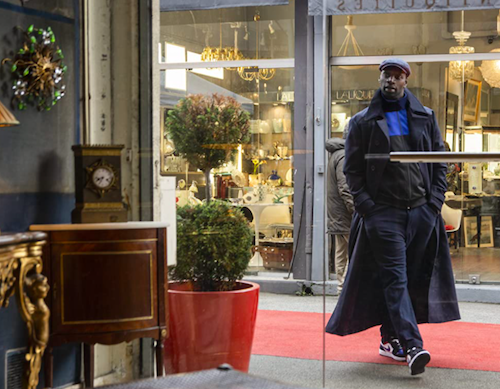 The Karate Kid is a bit of an outdated pop-culture reference when it comes to martial arts costumes, so opt for this Cobra Kai piece instead, popularized after the hit Netflix series. You can always purchase a black karate costume and sew on a Cobra Kai patch for a DIY costume that you can also wear to your local karate class. You’ll feel like a badass when you put on this costume and practice your kicks, remembering the mantra, “strike first, strike hard, no mercy.” 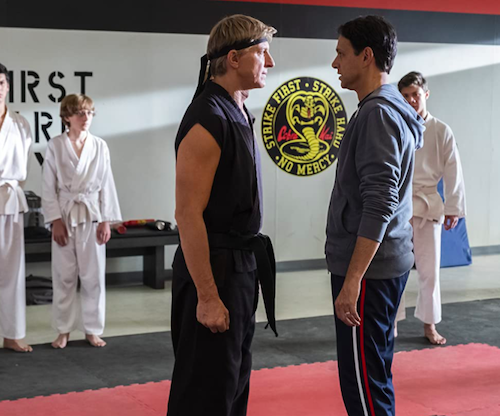 Since the long-awaited sequel to Top Gun was announced, people have been on the edge of their seats waiting to see what Top Gun: Maverick has in store for us. It sounds like a balanced blend of nostalgia and a solid continuation of the story, with many of the original characters in it. While the release of Top Gun 2 was delayed due to COVID-19, we waited 34 years and can wait a little longer. Until then, we’ll just have to celebrate by rocking his look with this flight suit and some aviator sunglasses. 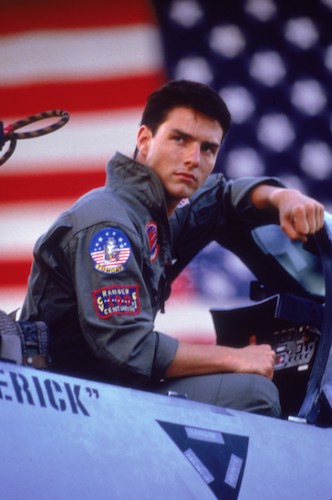 For a look that’s a bit more debonaire than Top Gun, the Duke of Hastings is a classic Bridgerton look that can easily be paired with a range of other characters on the show. It’s dashing, just the right amount of old-fashioned, and involves some breeches, a well-tailored jacket like this one, and ideally a dapper vest, which you can easily find on Etsy – even a custom-made one. Are you ready to be the cause of all scandal in aristocratic-era London? Making history has never looked so good. 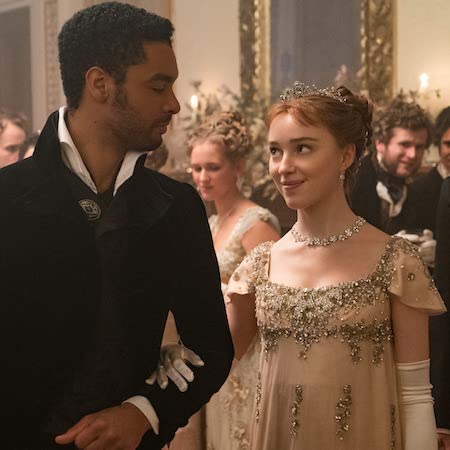 Made to Order Regency Breeches

Halston was an iconic American fashion designer who became internationally famous in the 1970s and was known for clean and minimal designs. He was revived with the Netflix series named after him. He brought a new sense of class to the disco-drenched ’70s, and you can too, with the help of a black turtleneck and a fancy pocket-square blazer. Just slick your hair back with hair gel, finishing the look off with those famous black aviators – the ones worn in the show were designed by Tom Ford. Add a Halstonette for a foolproof couples costume. 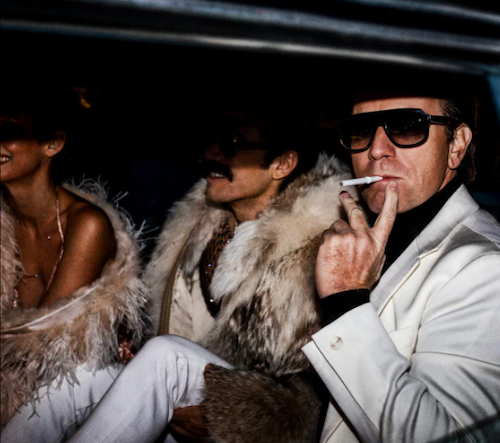 Harry Styles has worn hundreds of memorable, androgynous looks that make him a modern-day Mick Jagger, but his androgynous look at the 2019 Net Gala takes the cake (followed closely by his iconic Vogue cover and his look from the 2021 Grammys). He wore a sheer lace blouse with black pants and matching nail polish. While Styles’ looks often come courtesy of elite fashion houses like Gucci, you can recreate some of his top looks for cheap by buying a similar lace blouse. 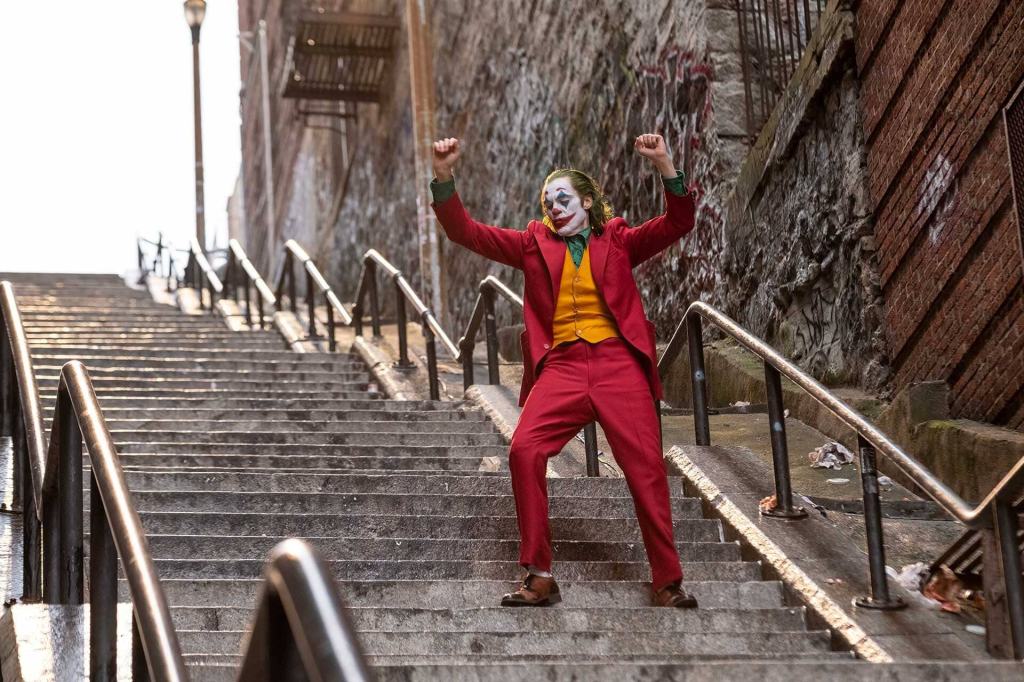 Joaquin Phoenix makes a mean Joker in the latest reboot, but Halloween’s an opportunity to top him. Purchase the quintessential Joker costume — red pants, orange vest, green shirt, and red suit jacket — and the rest is all about the attitude you bring to the role. Don’t forget the creepy face makeup, either. The more smeared the lipstick, the better. 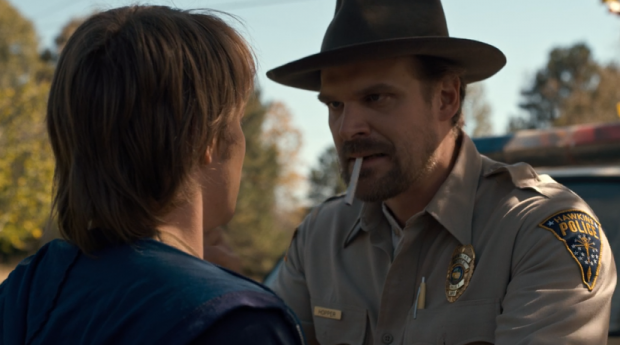 This beer-drinking, chain-smoking sheriff is in town: Step into Hopper’s uniform for a day to become the most unlikely hero in Hawkins. Don’t forget his iconic cigarette, but before you light up the real thing, try one of these faux cigarettes, which create the illusion of burning without the smoke. 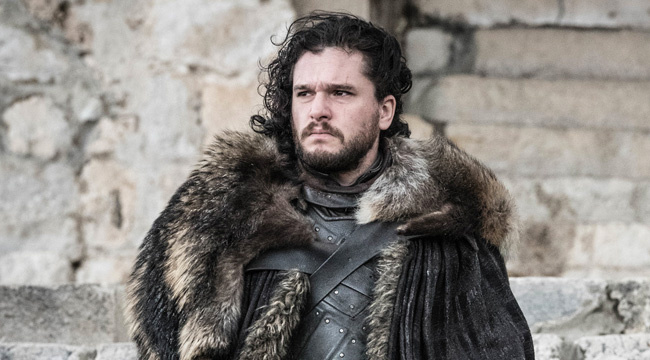 Even though Game of Thrones has officially come to an end, you don’t have to leave Winterfell behind just yet: Take your place as Lord Commander of the Night’s Watch, and make sure not to skimp on the fur. Start with this jacket and vest set, and add some black boots and a sword. 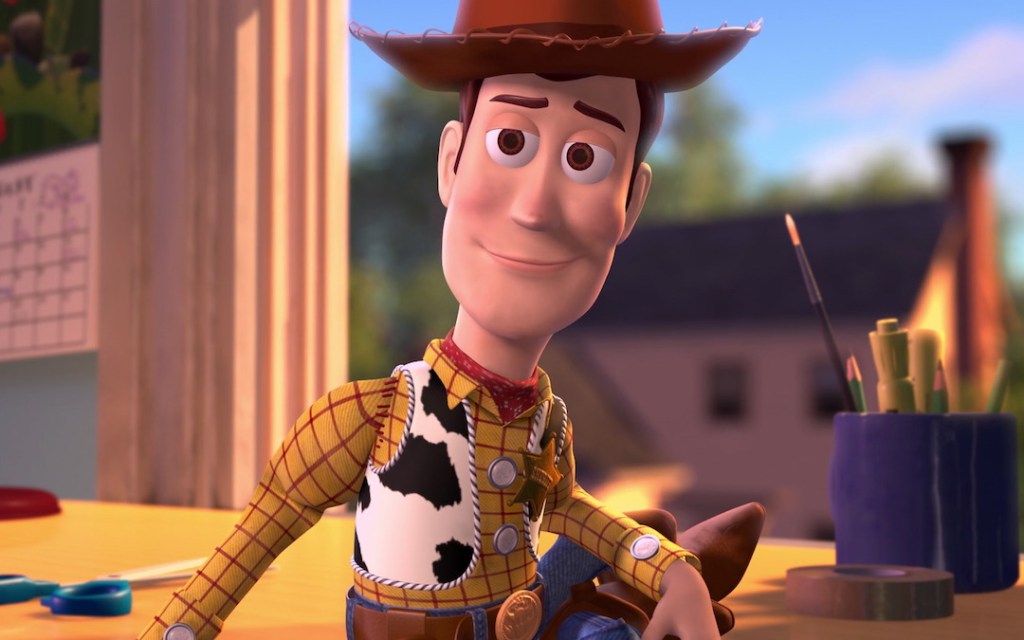 Come to life this Halloween as Pixar’s most lovable toy. Woody’s getup is most notable for its yellow button-up shirt and cow-print vest, so start with this shirt and pin kit. Pair with some blue jeans, a leather belt, and a pair of boots, then add a cowboy hat to complete the ensemble. 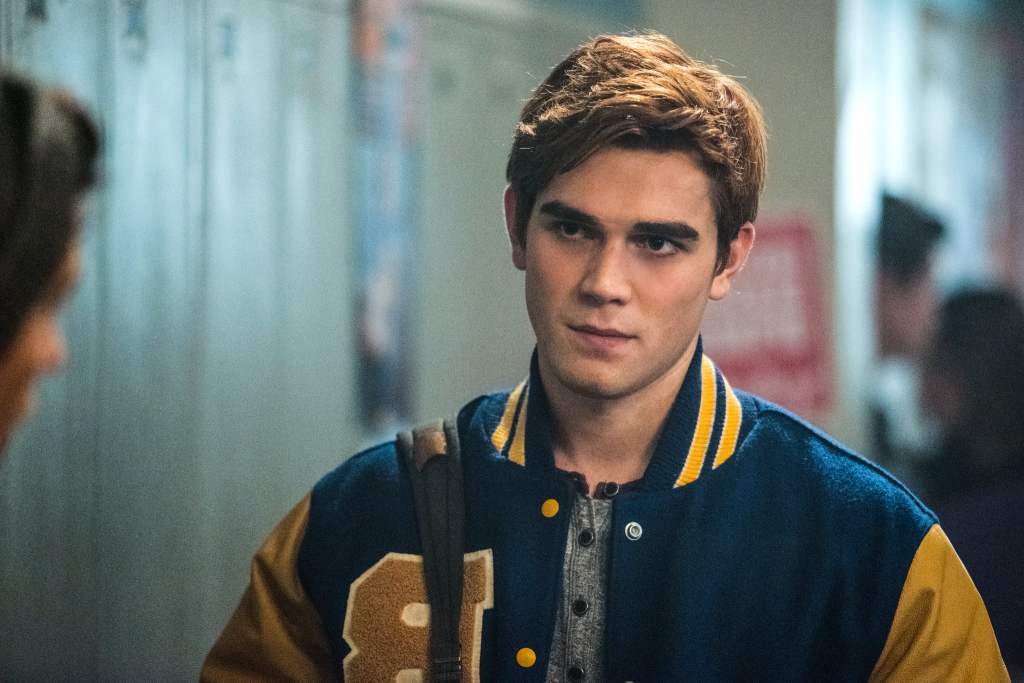 For a super-easy yet put-together costume this Halloween, consider dressing up as Archie Andrews, smalltown Riverdale’s star football player turned vigilante crime fighter. Pair a t-shirt and blue jeans with his signature letterman jacket and a pair of sneakers to complete this understated jock look. 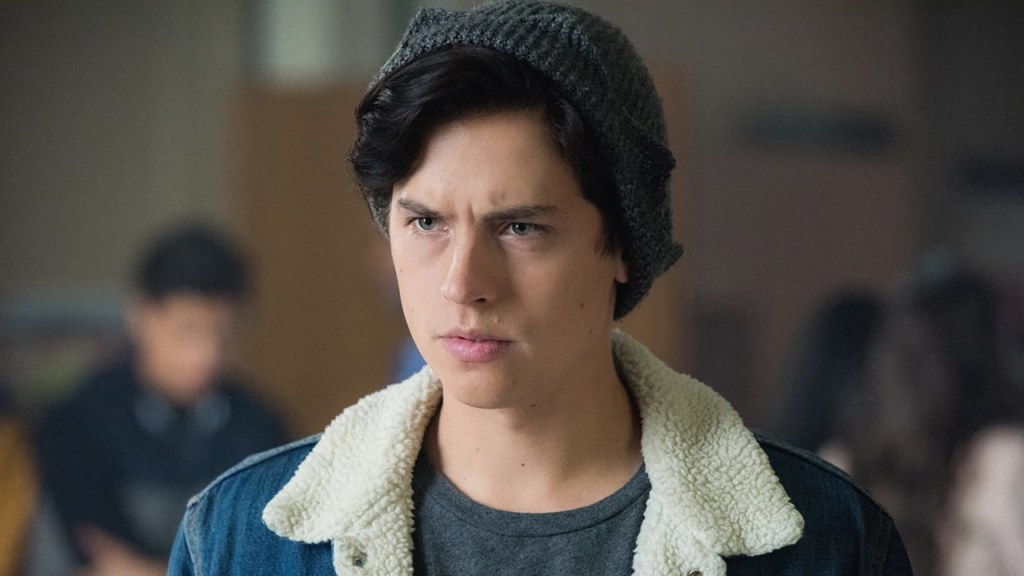 Jughead Jones, Riverdale’s resident tortured writer, is best known for his signature slouchy beanie and fur-trimmed jacket. But when Jug’s not writing, he’s leading the Southside Serpents, so consider channeling his bad-boy side by sporting his leather Serpent’s jacket. 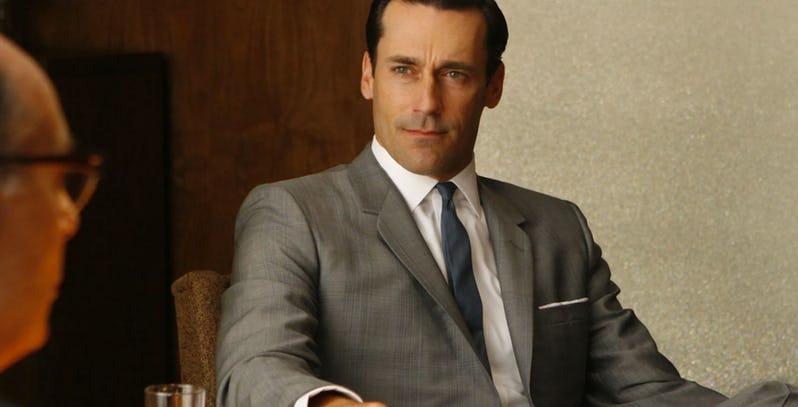 He’s tall, dark, handsome, and a genius advertiser living a double life. To achieve Don Draper’s sleek, buttoned-up look, you’ll need a crisp suit like this one, a white collared shirt, a tie, and a pair of dress shoes. Slick back your hair in typical Draper fashion to finish the look. 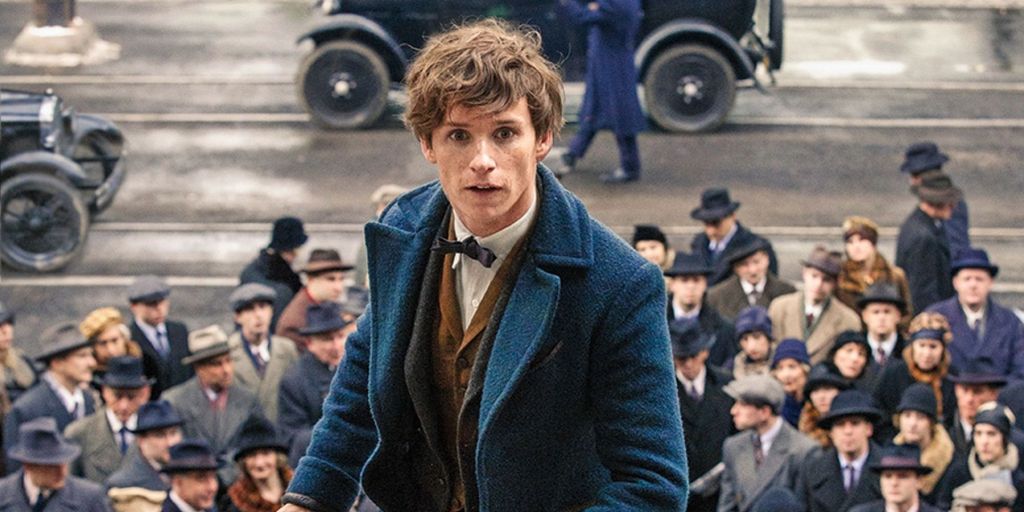 Cast a spell this Halloween as the bashful yet dashing Newt Scamander. This wizard and “magizoologist” looks effortlessly stylish in a 1920’s getup of brown waistcoat, bowtie, and blue overcoat. For an easy, high-quality option, try this costume set with everything you need to join the wizarding world. 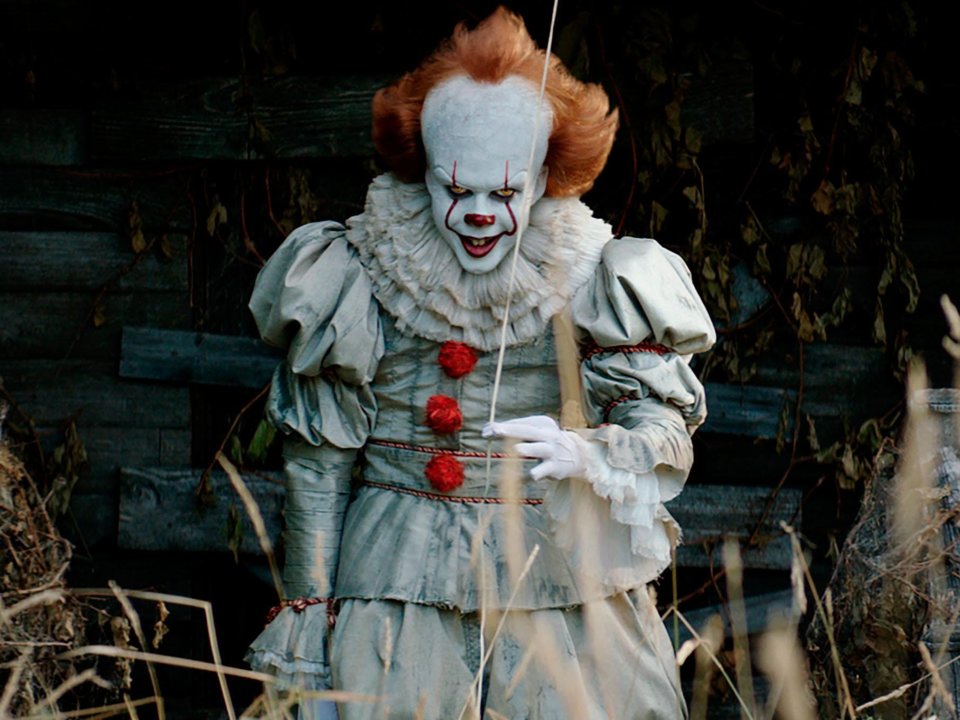 If you’re looking for the best scary Hallooween costumes, then you can’t beat Pennywise. This creepy clown is sure to terrify even the bravest of souls this Halloween, then dressing up as Pennywise is (obviously) your best option. The maniacal clown tormenting small-town Derry sports some big red hair, lots of ruffles, and a perpetual grin, all of which you can achieve with this spooky costume kit.

19. Jack Skellington, The Nightmare Before Christmas 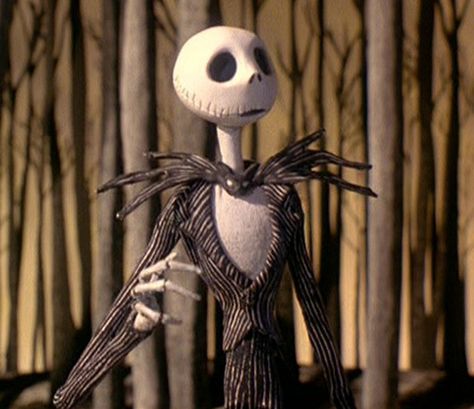 The skeleton-who-stole-Christmas is a classic Halloween costume that never gets old: Jack’s bony bod would be difficult to achieve under normal circumstances (thankfully), but this costume set will give you that sought-after gaunt appearance, striped suit and all. 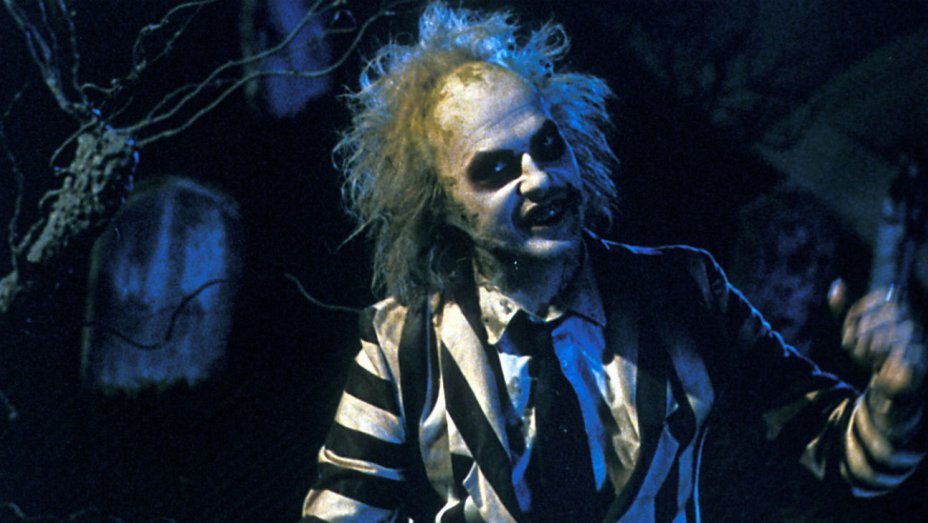 Beetlejuice, Beetlejuice, Beetlejuice — call on this “bio-exorcist” for a spooky Halloween. The super-sleazy ghost from the ’80s classic is distinguished by a uniquely repulsive appearance: matted hair and rotting flesh ensconced in a striped suit and tie. Try this costume set for everything you need to become this centuries old corpse. 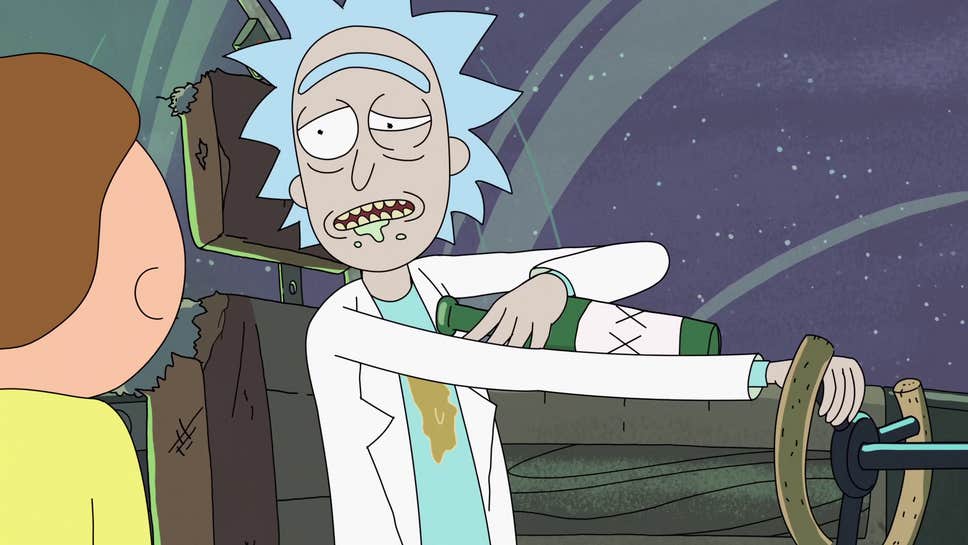 An alcoholic scientist who can travel through different dimensions? We’ve got you covered: You’ll need a lab coat and some disheveled, pale blue hair, so try this deluxe costume kit. Just don’t forget to be a jerk to your grandson and sport an empty booze-like bottle to complete the look. 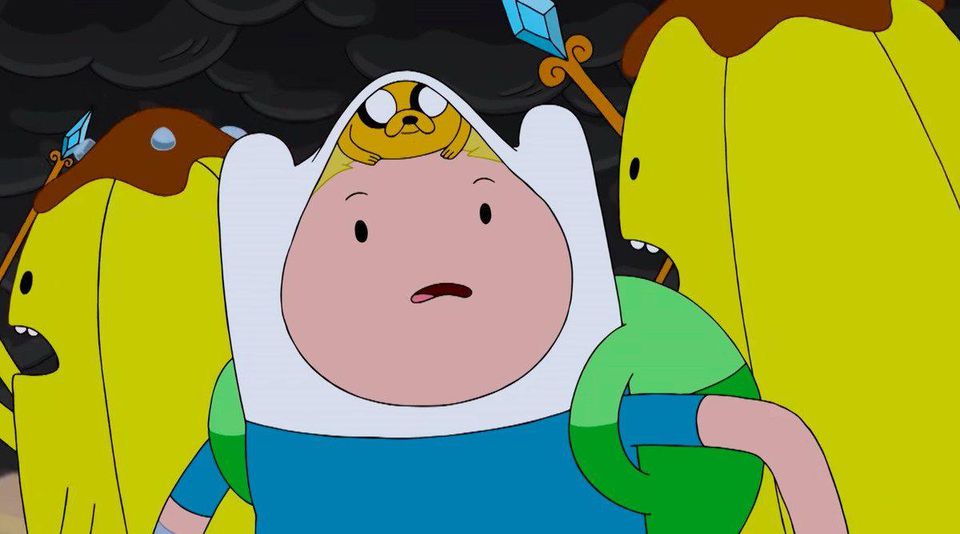 This lanky twelve-year-old boy doesn’t let the trials and tribulations of his post-apocalyptic world put a damper on his optimism. Channel this cheerful kid this Halloween by sporting his understated ensemble of t-shirt, shorts, backpack, and headpiece. 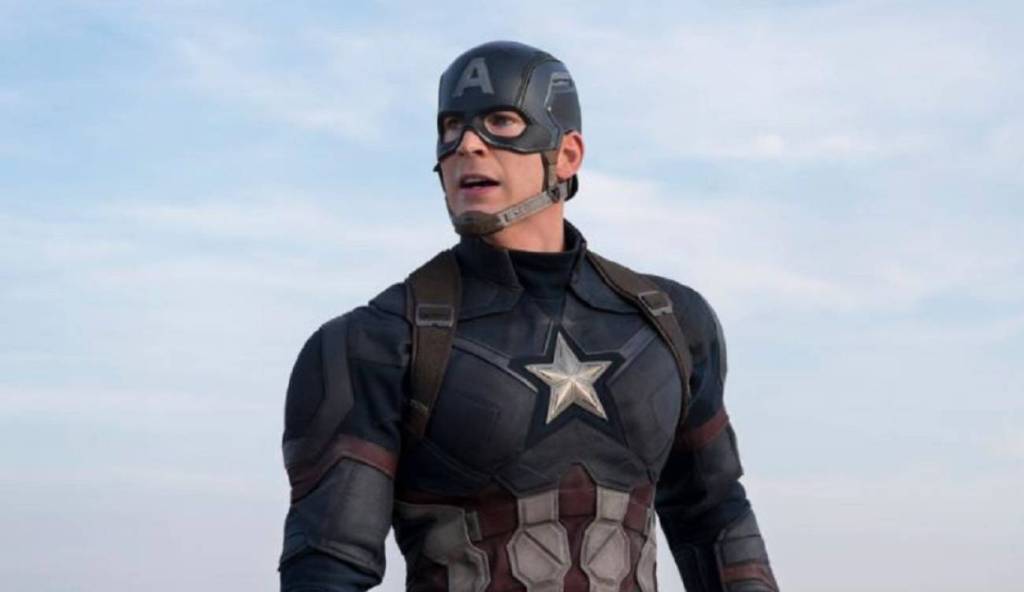 If you ever had childhood dreams of becoming a superhero, consider dressing up as Captain America. This ordinary man turned supersoldier is distinguished by his American-flag-inspired suit, so rock that red, white, and blue this Halloween. 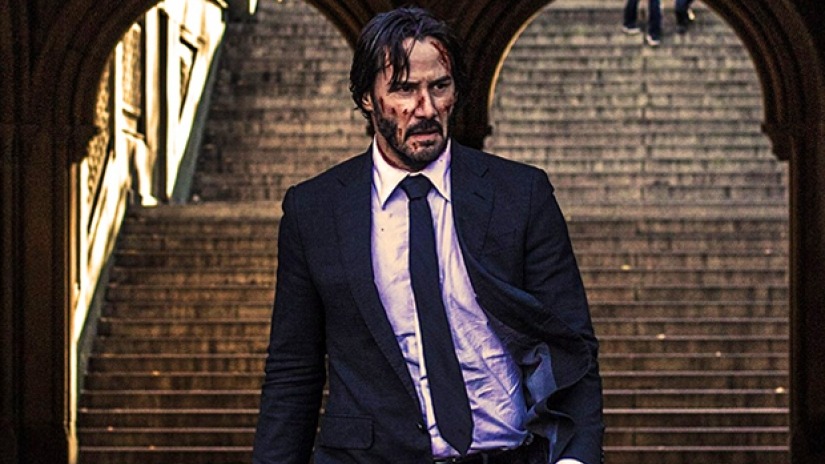 This ruthless assassin always looks slick in a suit and tie — even when bloodied and disheveled. Start with this dark two-piece suit, and add a matching leather belt and tie. To finish the look, tousle your hair with a little mousse, and consider adding some costume makeup to achieve those battle scars.

It may not be the most relevant pop-culture Halloween costume of the year, but a timeless look that never loses traction is Richie Tenenbaum (Luke Wilson) from the cult classic The Royal Tenenbaums. The outfit is effortless to put together, always cool, and instantly recognizable. The formula for the ultimate Richie outfit is a striped sports shirt under a beige suit, with an athletic sweatband, aviators, and brown Oxford shoes – beard optional, but encouraged. We also can’t forget Richie’s adopted sister Margot (Gwyneth Paltrow), with her dramatic liner and fur coat, who makes a great partner add-on. 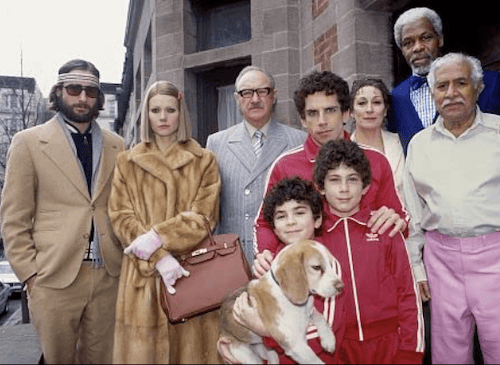