It’s time to toss those worn-out boxer shorts because your family jewels deserve better, man. However, finding the perfect underwear for your privates can involve a lot of trial and error.

Whether you want athletic underwear, funny boxers, boxer briefs, long johns or anything in-between, you can find it online for a reasonable price. The only catch? Scoring the best men’s underwear requires some research. If you’re just looking for everyday underwear (not specialty underwear such as athletic boxers), you still have to decide which fit, brand, palette and size is right for your look and body type.

Below, we break down everything you need to know about the best men’s underwear and share our favorite products from brands like Under Armour, Calvin Klein and MeUndies.

What Are the Most Popular Styles of Men’s Underwear?

Keeping underwear styles straight is still tricky for most guys, so here’s a refresher:

Among modern men, boxer briefs are far and away the most popular. An estimated 58% of guys prefer boxer briefs, according to an AskMen/Huffington Post survey.

However, that style doesn’t fit everyone. While tightie-whities were going extinct, American Apparel resurrected this underwear with their trademark colorful briefs. And there are a ton of new brands offering sexy underwear for men. Lingerie, it’s not just for women anymore.

If you haven’t tried each style we suggest giving each a shot — you might be surprised which is actually your favorite. If you already know which is your favorite, that’s great. Keep scrolling to find the best underwear for men in each category.

To help figure out the right underclothes for your style and preferences, we’ve picked out 16 of the best pairs of underwear, including the best boxers, best boxer briefs, best athletic boxers, and more. This should help guide your search and leave you with some clean, fresh new undies.

We recommend that every guy spend the few extra bucks and upgrade to these classic Calvin Klein boxer briefs. Since their famous ad campaign with Mark Wahlberg in 1992 (and the re-creation with Justin Bieber in 2015), these Calvins have been the modern underwear to make guys look and feel better. This status is thanks to two key features: the recognizable logo waistband and a balanced cotton-spandex construction. This fabric provides both support and stretch, which keeps the family jewels comfortable. If you haven’t tried the reigning champs among the best underwear for men yet, then maybe it’s time to make the change and finally order some Calvin Klein boxer briefs. 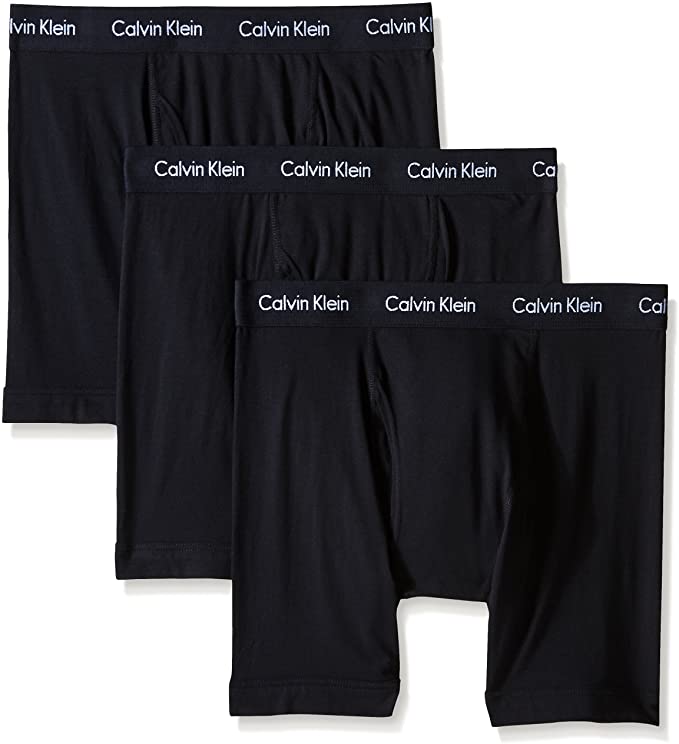 Uniqlo is a favorite of fashion lovers and penny-pinchers alike because they make affordable, stylish basics that everyone can get behind (well, in, actually). Their simple, minimalist boxer briefs are no exception with a Supima cotton build that’s soft and stretchy, yet supportive of your goods. Unlike most men’s underwear, they don’t feature any branding on the waistband, which offers a unique look if you prefer it to logos. Personally, we prefer the striped boxer briefs pictured below, but they’re also available in solid colors. 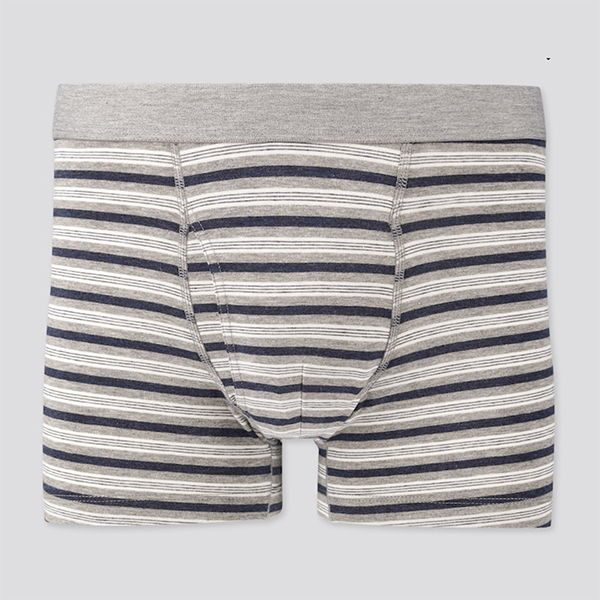 MeUndies is a subscription service that delivers premium underwear to your door each month. It’s a great way to ensure that you never end up procrastinating on buying new undies and wearing those gross old ones. It’s also a very flexible service with no long-term contracts, so you can skip a month or cancel any time. But if you’re not into the subscription, you can also buy MeUndies normally and enjoy the incredible quality without the delivery service. Of course, MeUndies is best known for their fun prints, as they have dozens of stylish designs to choose from in addition to classic solid-color underwear. Their underwear is made from a super soft fabric that will keep you cool downstairs, especially compared to 100% cotton briefs and boxers.

We definitely recommend MeUndies Build a Pack option, which lets you select five pairs of underwear in the style and design of your choice — starting at just $19/pair. 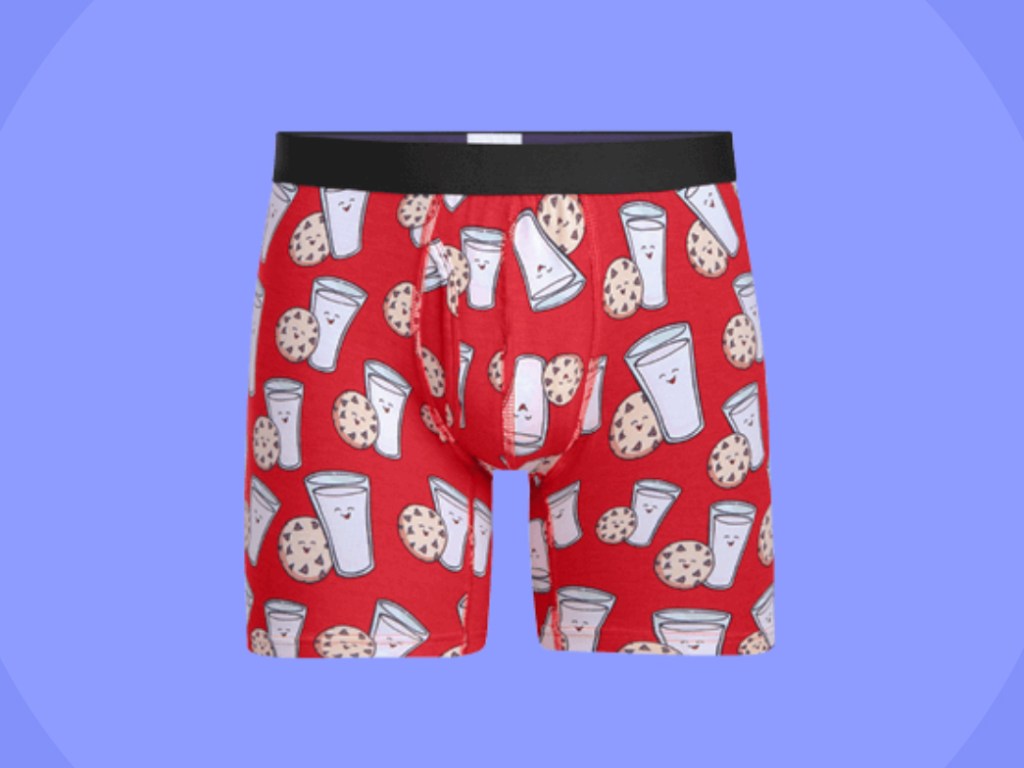 American Apparel and their trademark Baby Rib Briefs are back, sort of. Los Angeles Apparel is basically American Apparel 2.0, and the new apparel company still makes the best briefs in the business. Ditch those boring briefs for men’s underwear with a pop of color. These men’s briefs come in dozens of attractive colors and retail for $12 (get a pack of 5 for $10 each). They’re still made in Los Angeles from 100% combed cotton, and they’ll make you look as sexy as you feel. 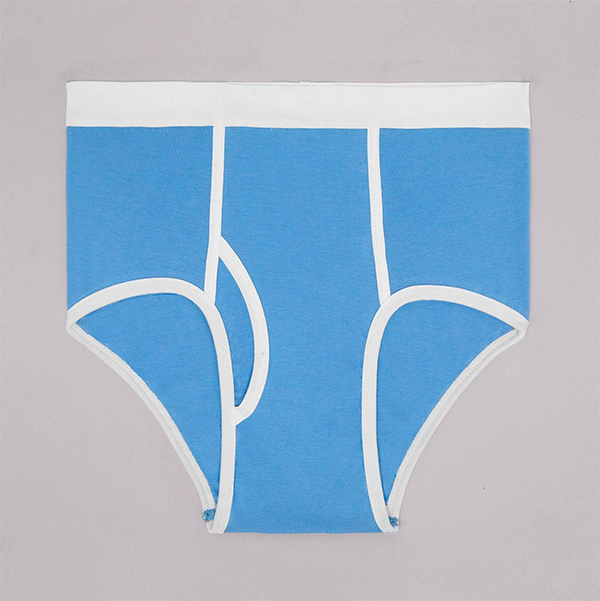 Athletic underwear are a must-have if you exercise regularly. Normal boxers or briefs can be uncomfortable as you move and sweat because they don’t provide much support and will get soaked through. A good pair of athletic underwear such as these 7″ long boxers will dry faster, provide more support and won’t ride up your leg. They’re also available in a shorter 5″ fit, it that’s more your speed. 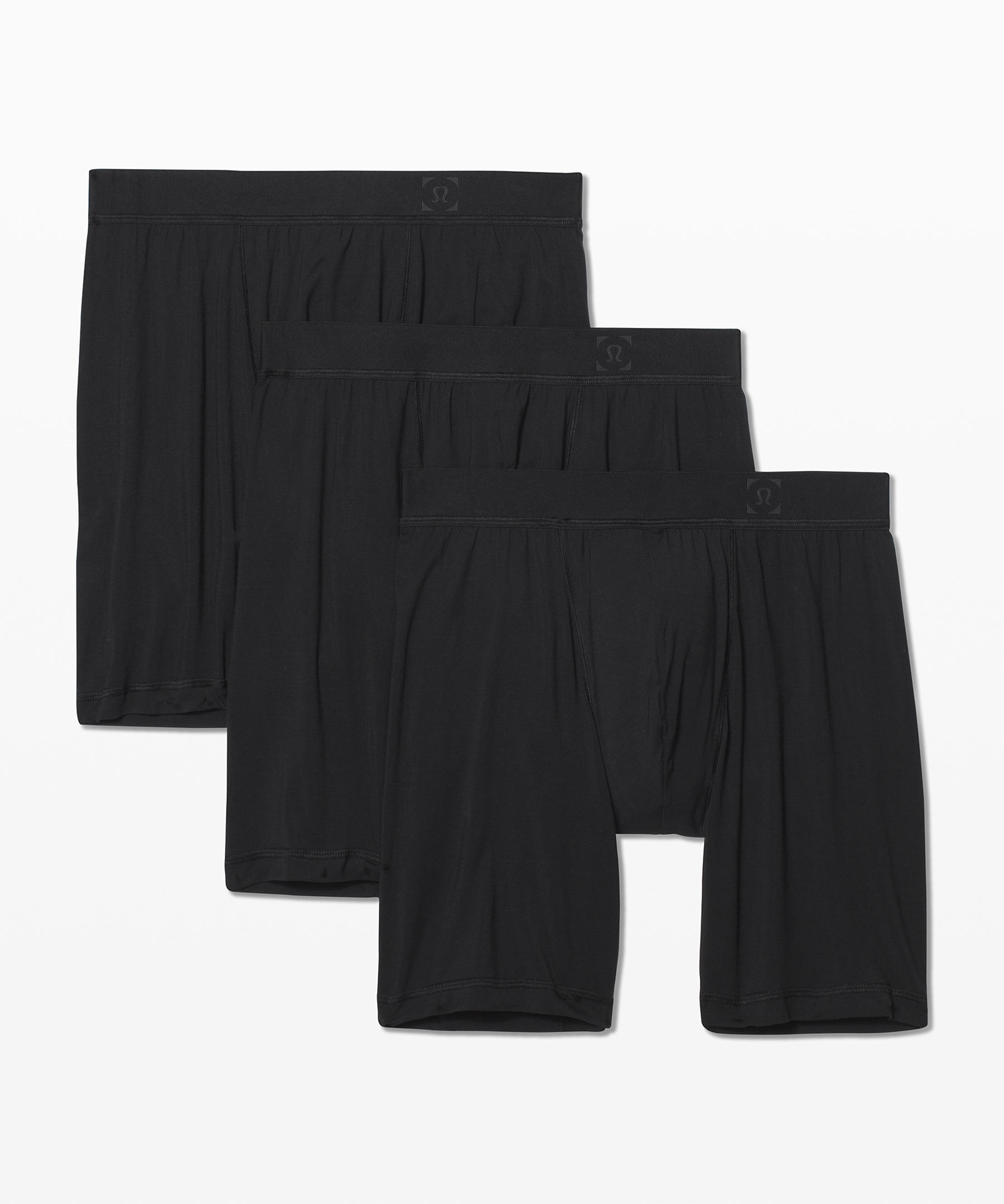 If boxer briefs and traditional briefs had a love child, then you’d end up with trunks. They’re form-fitted and comfortable but length-wise they tend to land halfway between a boxer and a brief. These super-soft and stretchy trunks from Nautica are made from a cotton and spandex hybrid. Plus, you can choose between a variety of colors and designs to build your dream 3-pack. 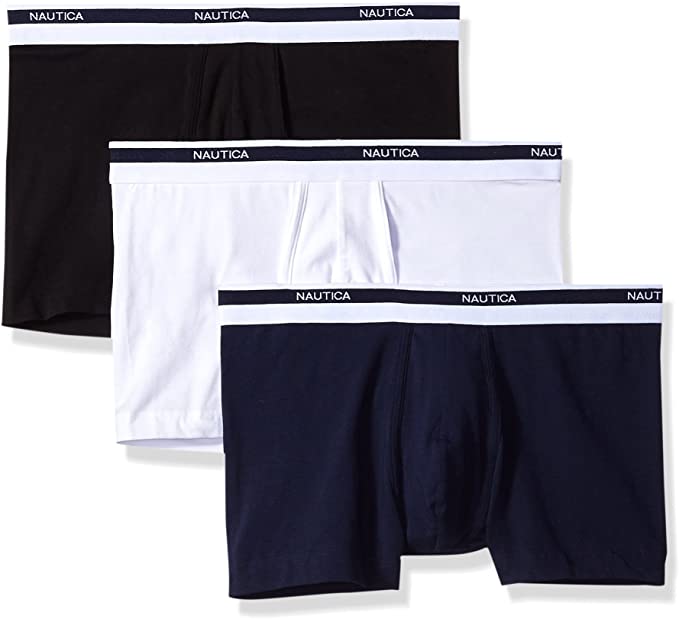 Hanes has pushed out some of the best men’s underwear for many years, and one of our favorites are these tagless boxers. They feature a thin, breathable material and a roomy cut for serious comfort, and a ‘Comfort Flex’ waistband that allows easy movement. They also come very highly-rated by Amazon reviewers, as customers applaud the boxers’ quality, lasting build and comfortable waistband. 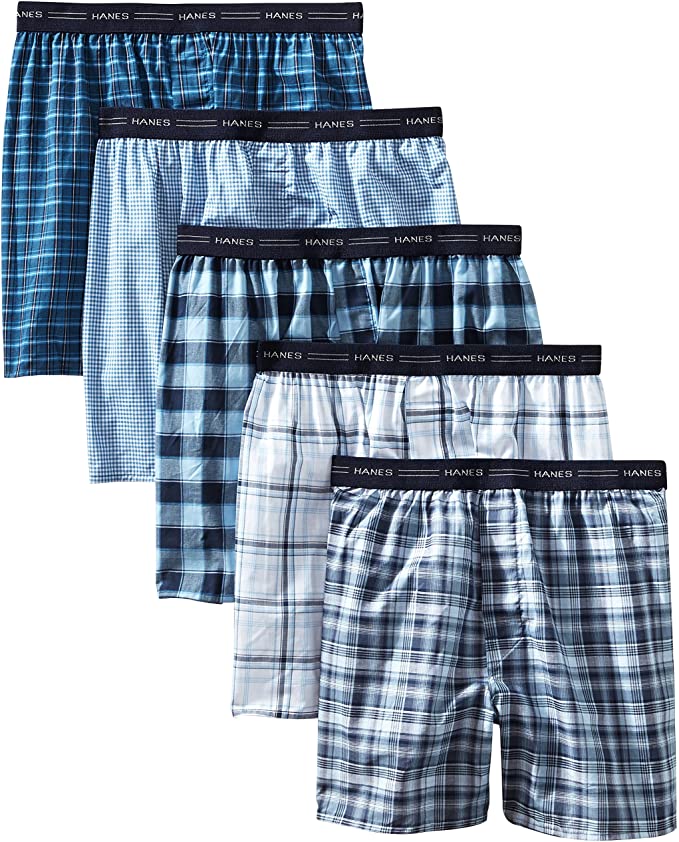 The boxer brief makes for some of the best men’s underwear because of the ideal hybrid between extra coverage and snug comfort. These undies by Emporio Armani don’t sacrifice comfort for style. The 2.5″ waistband is a little larger than most, and it features the Armani name plastered across the band in oversized letters. This provides a youthful touch and subtly splashes some added colors to the otherwise minimally clean design. Oh, and they’re made of a super-soft cotton with a touch of elastane to achieve the perfect fit. 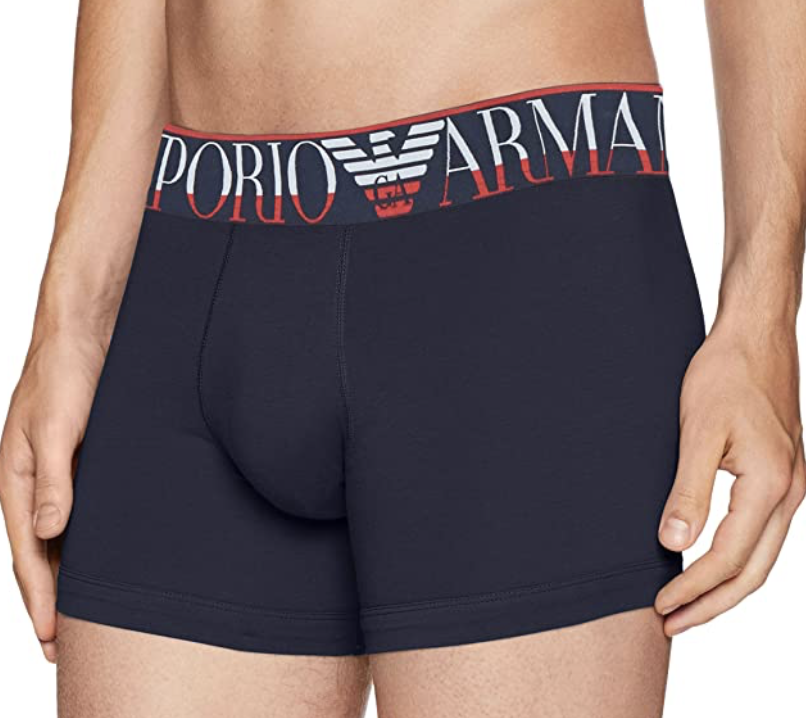 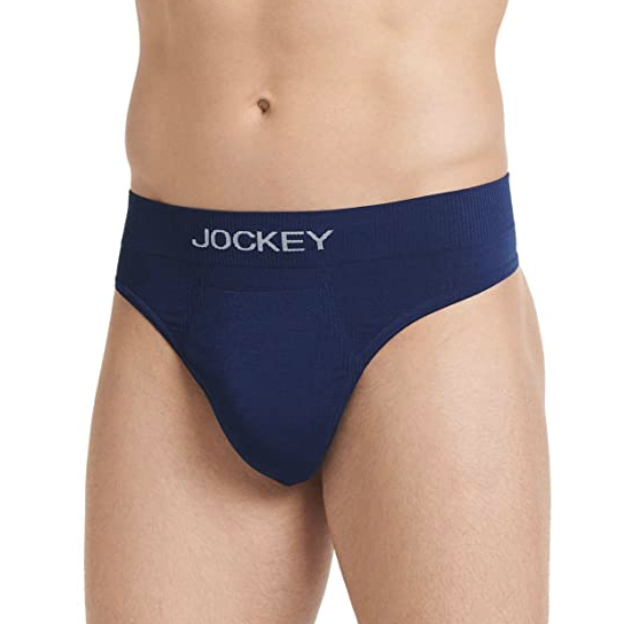 If you’re the type of guy that doesn’t like to freeball it underneath his board shorts on the lake, that’s okay. These undies are made from a nylon and spandex combination that’s super-quick dry and flexible. In other words, these moisture-wicking undies won’t sag like a wet diaper. They’re built to stay put so you can have a chafe-free day on the water. 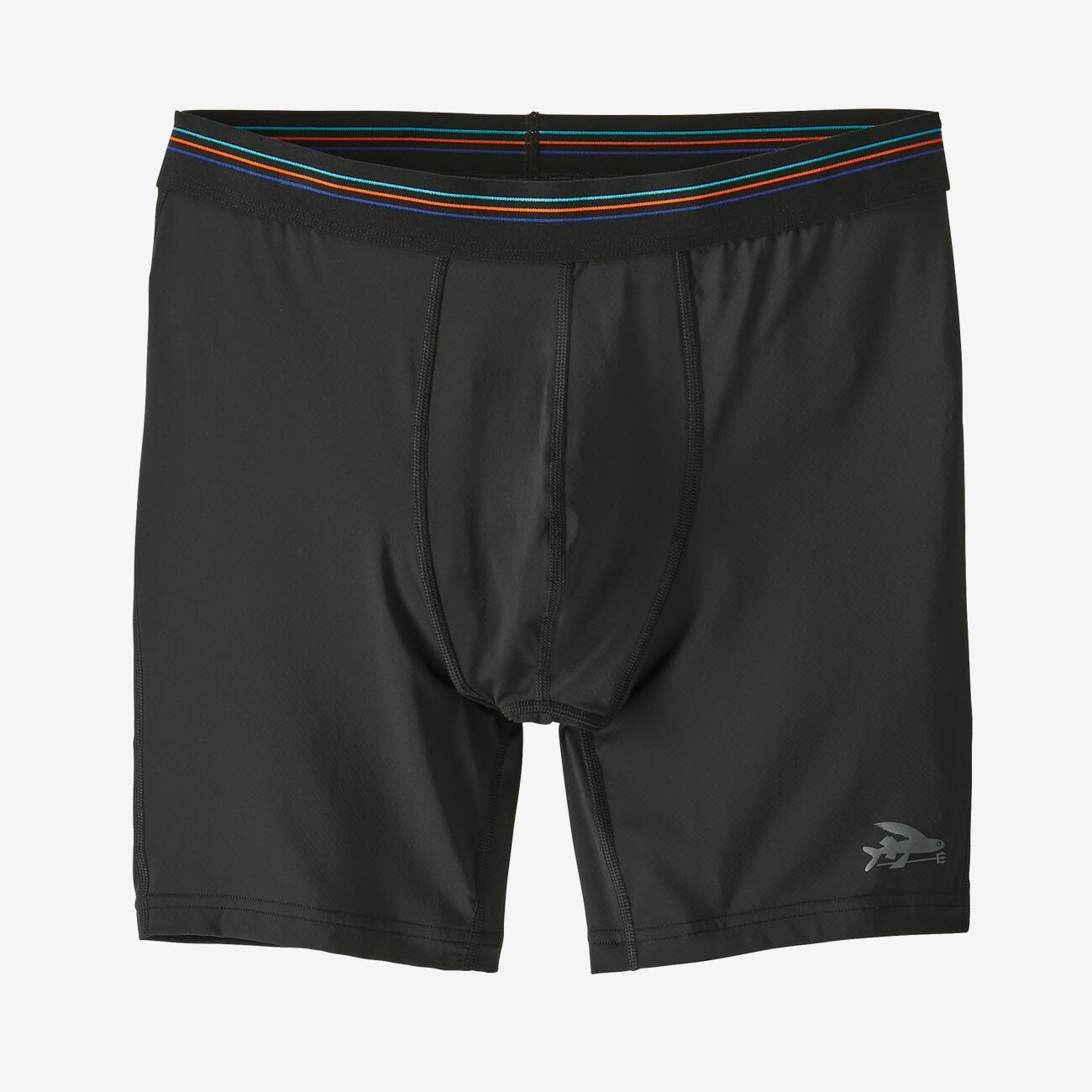 Sometimes special occasions call for special, well, underwear. If you’re looking to treat your area down under to a designer name, these luxe boxers from Tom Ford are the perfect match. They are relatively simple in design and they’re certainly not as flashy as some of the other high-end designer undies. Still, the low-key, sophisticated look provides an air of confidence to whoever wears a pair of these. The Italian crafted boxer briefs, available in black or brown, are made from soft stretch-cotton and feature the designer name right on the band. If your goal is to make a good first impression downstairs with your next Tinder match, then indulge in this pair of designer men’s underwear. 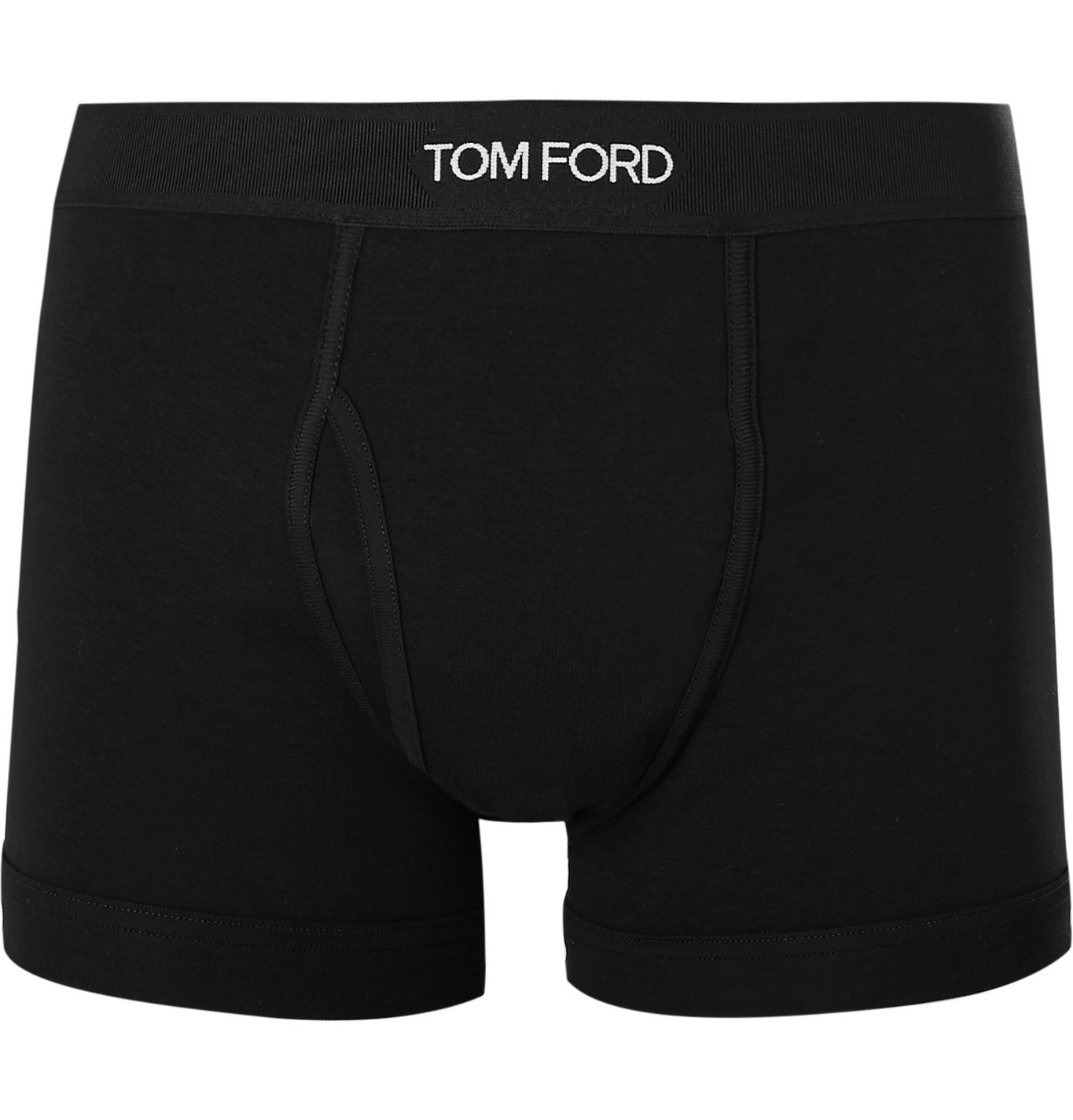 These rare and collectible (?) boxer briefs are ultra-hard to come by because the Supreme brand has made itself so exclusive over the past few years. If you’re looking to stay with the trend, picking up a pair of these are well worth the buy. The fashion brand partnered with Hanes, so you know you’re getting comfortable and quality boxer briefs. 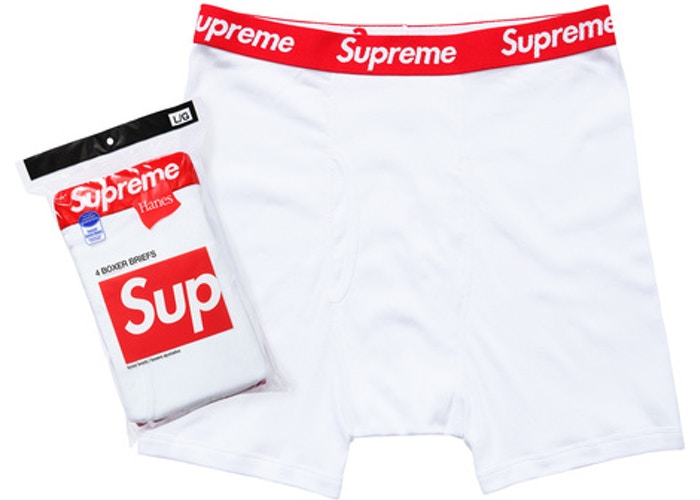 There’s no easy way to say this, but some fellas like a built-in pouch to securely house the family jewels. These boxer briefs boast a 3-D contour pouch-structure that will hold the gems firmly in place. Not to mention, these are made of bamboo rayon, which makes them incredibly soft and silky smooth to the touch. These moisture-wicking trunks come in multipacks and are available in an assortment of rich colors. 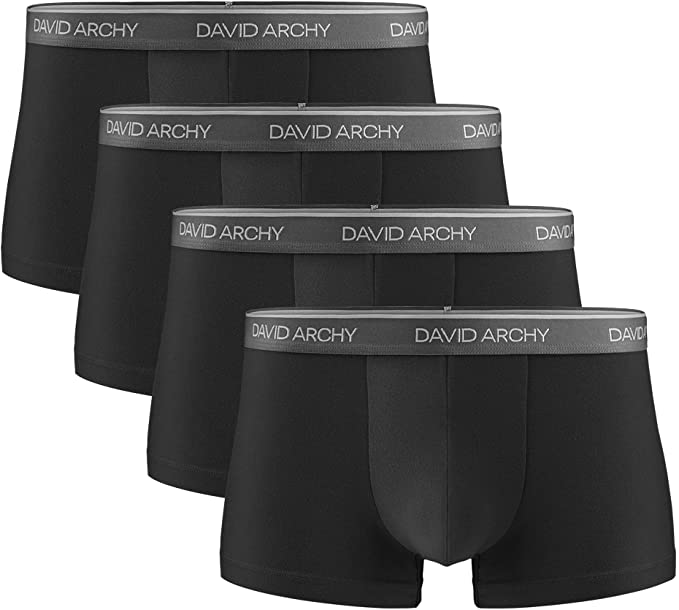 If you need some long underwear for the cold, pick up a pair or two of these Under Armour compression leggings. They utilize a two-layer construction that traps body heat while blocking outside chill, and a fast-drying exterior layer keeps the dampness out. Also, they’re made of a combination of polyester and elastane, making them perfect for winter jogs or other outside activities. This will also prevent rips and stretching if you’re moving or exercising, and it makes them comfortable.

Today, the primary demographic for the jock strap market isn’t sweaty gym rats, but rather members of the gay community looking to show off their assets. And when it comes to fun and sexy jock straps, Skull & Bones should be your go-to. The men’s brand has an awesome selection of sexy underwear. From sequins and lace to more masculine prints and solid colors, check out their whole selection of jock straps. 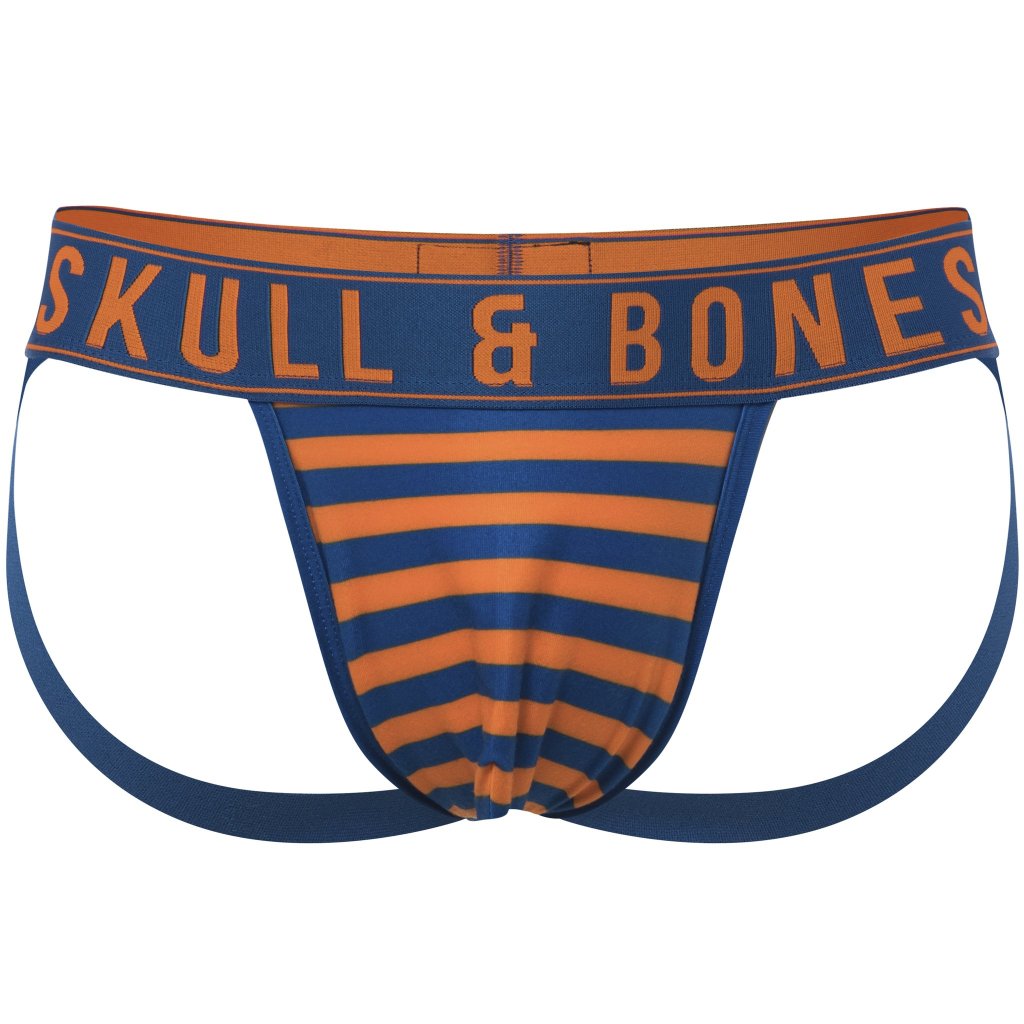 Some guys just want underwear of any kind – and that’s fine. If that sounds like you, we suggest saving some coin and picking up this 5-pack of Gildan boxer briefs for just $14.99. They’re very affordable, but according to nearly 10,000 reviewers, the boxers are still very well-made and comfortable. Plus, they feature moisture-wicking capabilities to keep your downstairs dry on hot days. 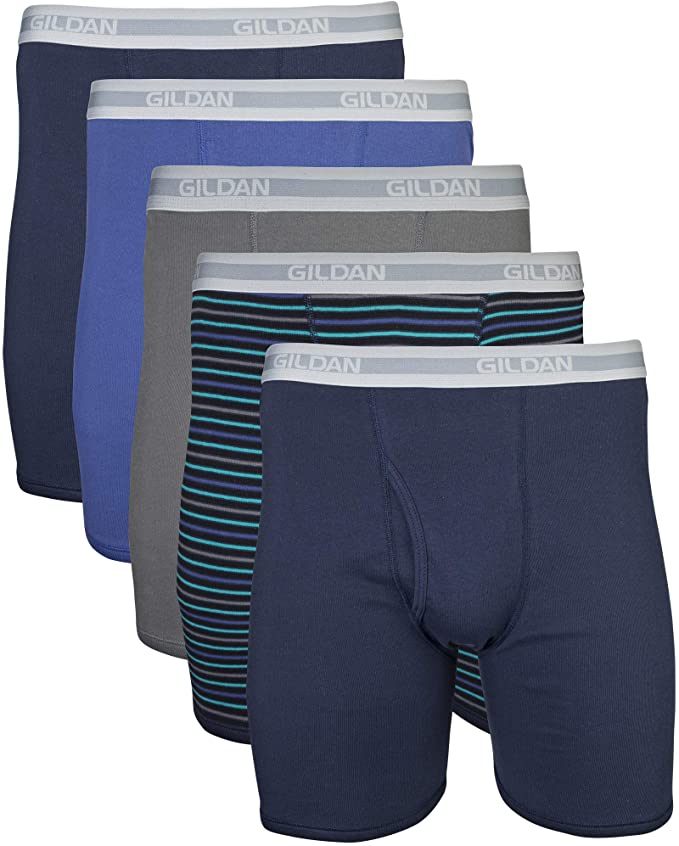 It’s Time To Upgrade Your Loungewear Game For 2020