* Proudly display your geek pride with these worthy timepieces
* Something for all nerds, from Voltron, to Zelda, to Back to the Future
* All but one of our picks is under $80

There’s never been a greater time to take pride in your enthusiasm for the geekier side of pop culture than now. Geeks are certainly having their moment and if you happen to have a penchant for Star Wars or fond memories of the Nintendo Game Boy and want to display said affection all the time, grab one of these eight functionally fantastic timepieces.

The “World of Warcraft” game originally launched in late 2004 and has since expanded into other mediums, like comics, novels, etc. There was even a major motion picture that was universally panned and yet managed to gross over $400M at the box office worldwide. Go figure. And now there’s a slap bracelet-style watch that boldly displays which faction you’ve chosen with a translucent display that tells you the time, date or seconds when tapped.

Excuse us while we geek out over this Voltron-themed watch, which, by the way, is totally detachable from the clear wristband, and also has five points of articulation. And yes, the arms and legs are removable. 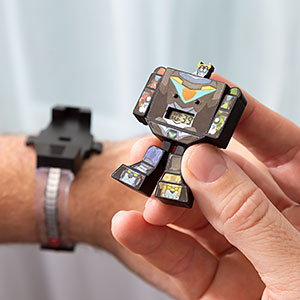 The Game Boy needs no introduction or context — you either grew up with one or you didn’t. Unfortunately, you can’t play any games on this tiny version, but its retro cool is undeniable. 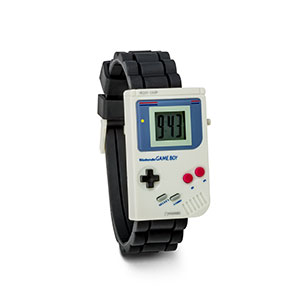 The backstory to Destiny would take quite a while to dig into, but for those in the know, you know what these timepieces represent. And you can choose from three different types (each sold separately) — two wristwatches and one pocket watch. The movements are Japanese, but the bands are, unfortunately, faux leather. Either way, covertly show your Guardian status with any one of these pieces. 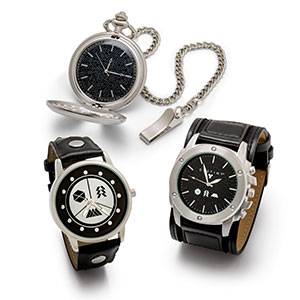 Rings of Power: The 9 Best Bands for Fantasy Fan Fingers

5. Back to the Future Flux Capacitor Wristwatch

We were first introduced to the flux capacitor 32 years ago and it remains relevant even today. This a no-brainer for the BTTF fan and is an amazing interpretation that not only lights up but even shows the date in similar fashion as the original. It’s on sale, too.

Back to the Future Flux Capacitor Wristwatch

Made for the true Zelda fan, ThinkGeek’s exclusive “Legend of Zelda” timepiece is a low-key bit of nerdery that features the Hyrule Crest on a stainless steel case and leather band. Better yet, it has a Japanese movement – instead of a quartz movement – making this a somewhat-acceptable horological piece by watch snob standards. 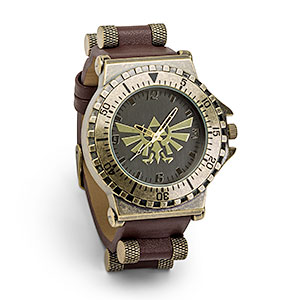 If you’re a cosplayer or fancy yourself the mother of dragons, then the Imperial Dragon Watch is most obviously for you. The lobster clasp closure makes this easy to get on and off and the “Fine English Pewter” won’t bother those with nickel allergies. 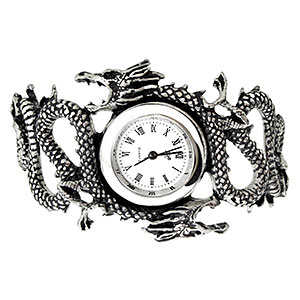 One of Nixon’s earliest collaborations with a galaxy far, far away produced a few gems, like this Boba Fett-inspired collaboration on The Unit watch. If you missed it the first time around, you’ve got another shot at this reissue before it’s sent back to the Sarlacc Pit, or worse. 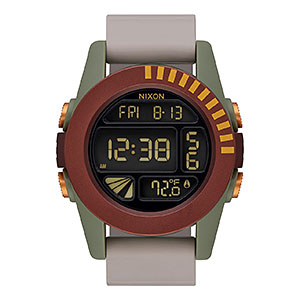