Shearling coats for men are warm. Like, you feel as if you’re in the tropics when you wear one. It’s that enveloping heat that has made shearling coats the preferred outerwear for ranchers and people who are outside in the cold for long hours.

The best Shearling jackets and coats are also like tuxedos in that they imbue an air of sophistication, worldliness and that indefinable “something” to the wearer. The term shearling and sheepskin are interchangeable. It is a smooth leather on one side, while the inner is lined with a thick natural wool-like material. Sheepskin lined hats were popular with the Cumin tribes during the middle ages. The Victorians made sheepskin coats de rigueur for the well-dressed gentleman. Cowboys wore them during cold weather. During WWII, American fighter pilots wore the B3 sheepskin-lined bomber jacket to keep them warm in unheated planes. Every decade since the war has seen sheepskin coats and jackets as a popular winter wear item.

The best shearling jackets and coats develop a patina as they age. The leather looks lived in, yet rich. You can wear a shearling jacket over a lightweight shirt in the fall and will be just as comfortable layering it over a thick sweater in the dead of winter.

Trucker jackets were the “in” jacket to have in the early aughts, and now they’re an outerwear staple. Levi’s version for colder months is lined in Sherpa AKA faux shearling. This jacket also has a Sherpa collar, buttons down the front, two chest pockets and two hand pockets in the front. It also comes in four other colors. On the Levi’s website, you’ll find a premium and a basic version of this jacket. While the cheaper version looks similar, we would recommend the more substantial and longer-lasting version, even if it costs a little more. 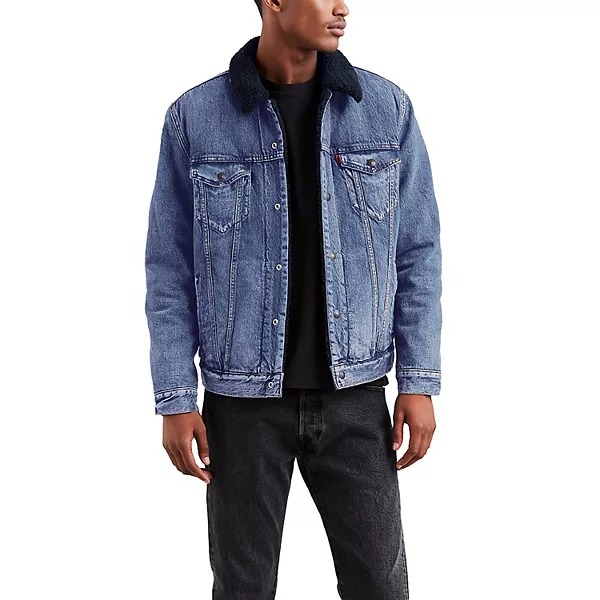 Overland specializes in shearling everything; from steering wheel covers to slippers. This coat’s been reduced from $1295. This black shearling car coat is made from Turkish sheepskin. It has a notched collar, two slash pockets and buttons down the front. 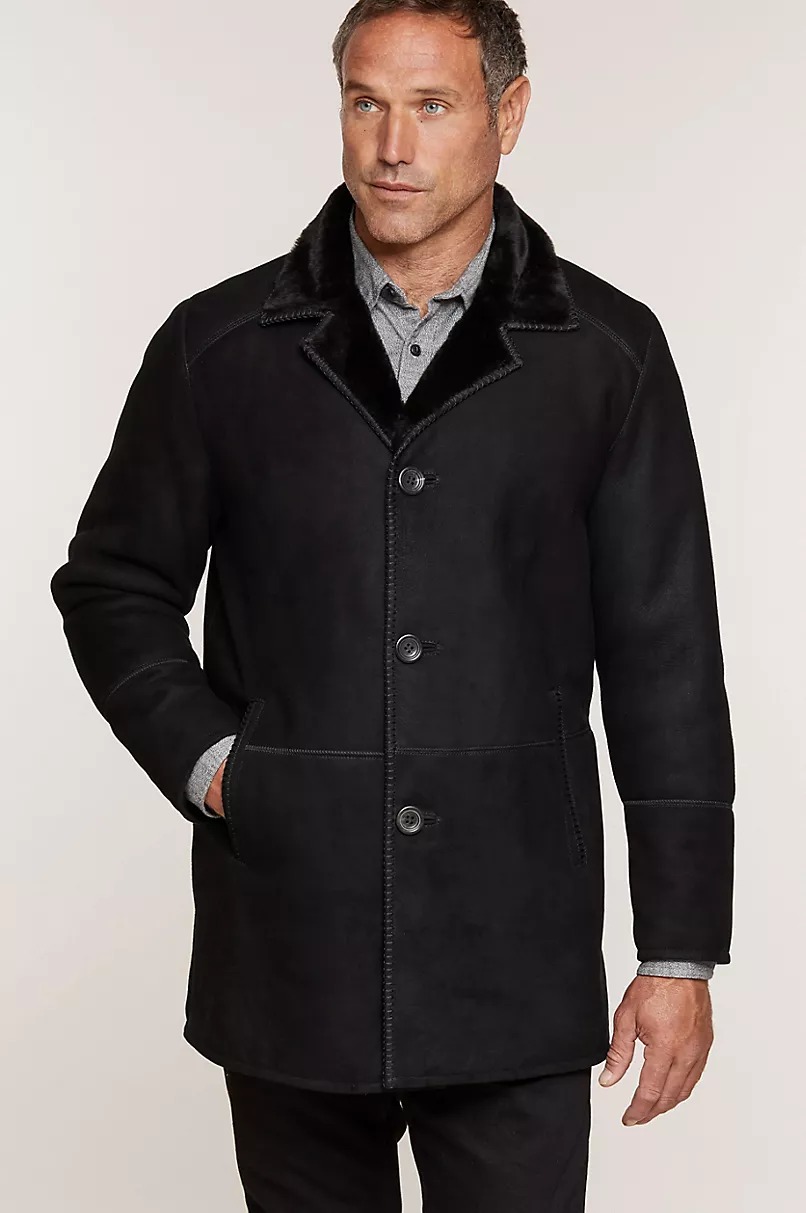 Using the classic WWII bomber as its template, Infinity’s made their version modern but as warm as the original. The collar has a buckle neck strap underneath, so it can be worn up, with the belt keeping it in place. It’s the perfect jacket to help fight off chilly winds. The waist has adjustable buckle straps to also keep winds from going where they shouldn’t. 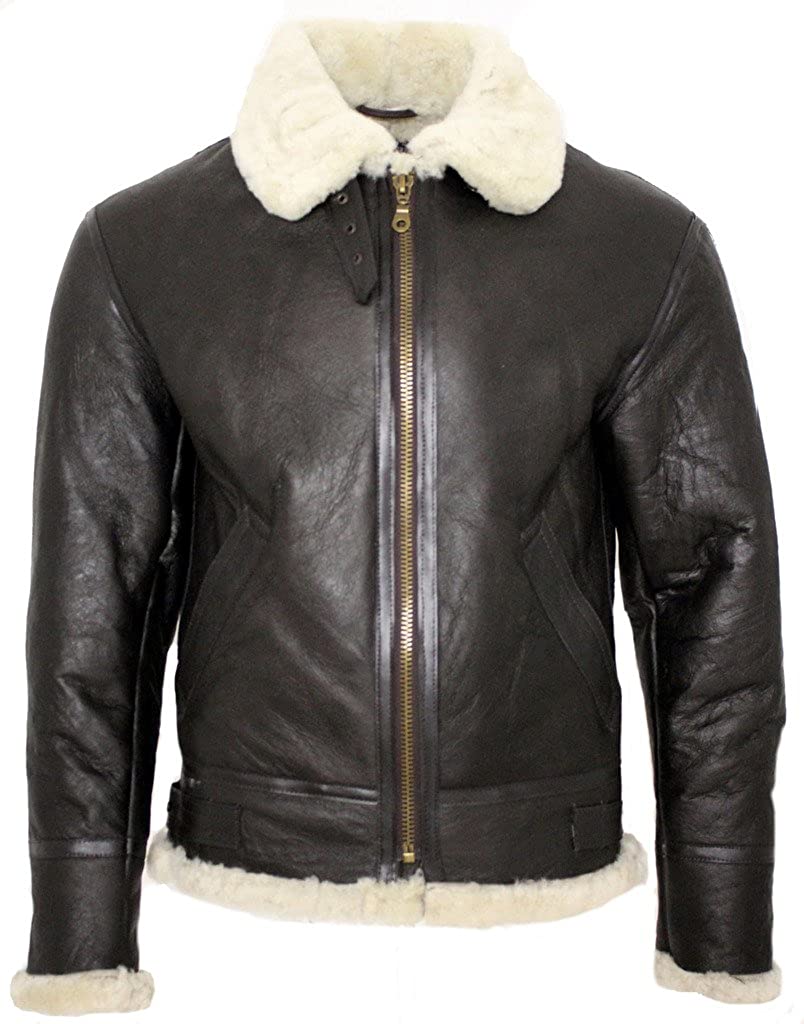 This Turkish company started out making women’s leather handbags and then developed outerwear for men and women. Their wares can be found in stores throughout Italy and other European countries. Their shearling car coat has a buttoned front, two slash front pockets and a soft shearling collar. Yes, it’s pricey, but this sort of jacket will last you a lifetime if you treat it right. 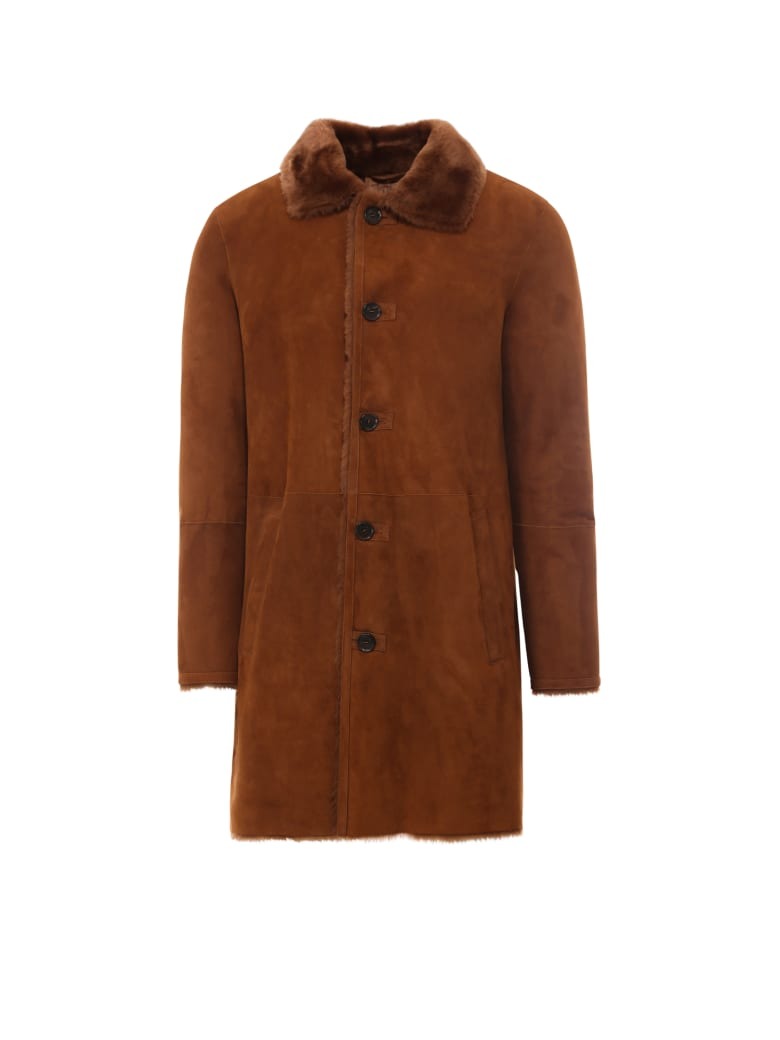 New York City-based designer Victor Li has only been on his own for two years, yet within that time has developed a celebrity fan base that includes Marvel superheroes Robert Downey Jr., Taika Waititi and Anthony Mackie. Made from Spanish merino, his shearling jacket has an offset zipper, two snap down pockets, and ribbed cuffs and waistband. It also comes in taupe. 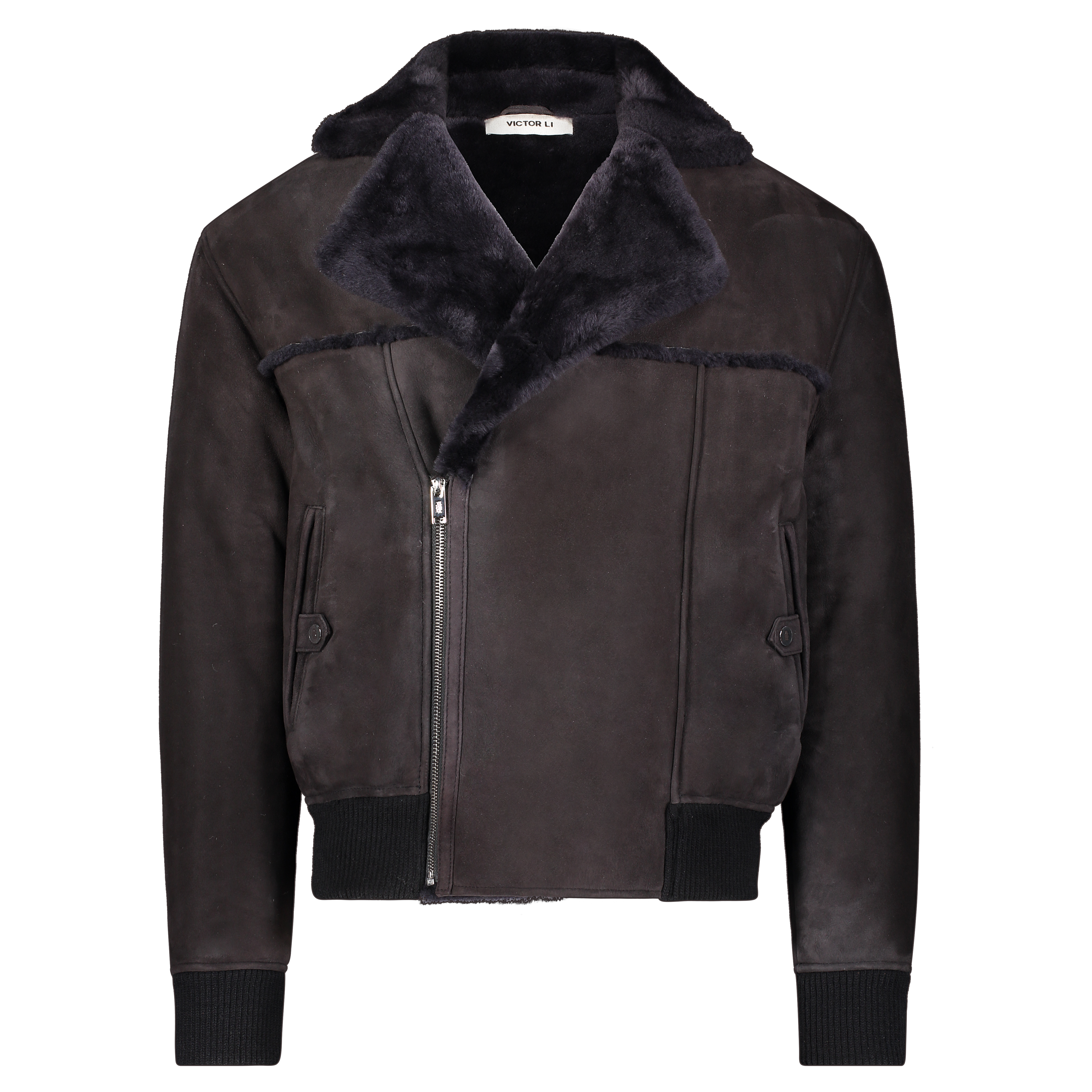 BEST REINTERPRETATION OF A CLASSIC

The duffle coat AKA the stadium coat is a menswear style that’s been around for years. The coat’s distinctive horn fastenings and hood are timeless. Brandslock’s reinterpreted in warm, plush shearling. This coat has two large outside flap pockets, and one inside zippered one. 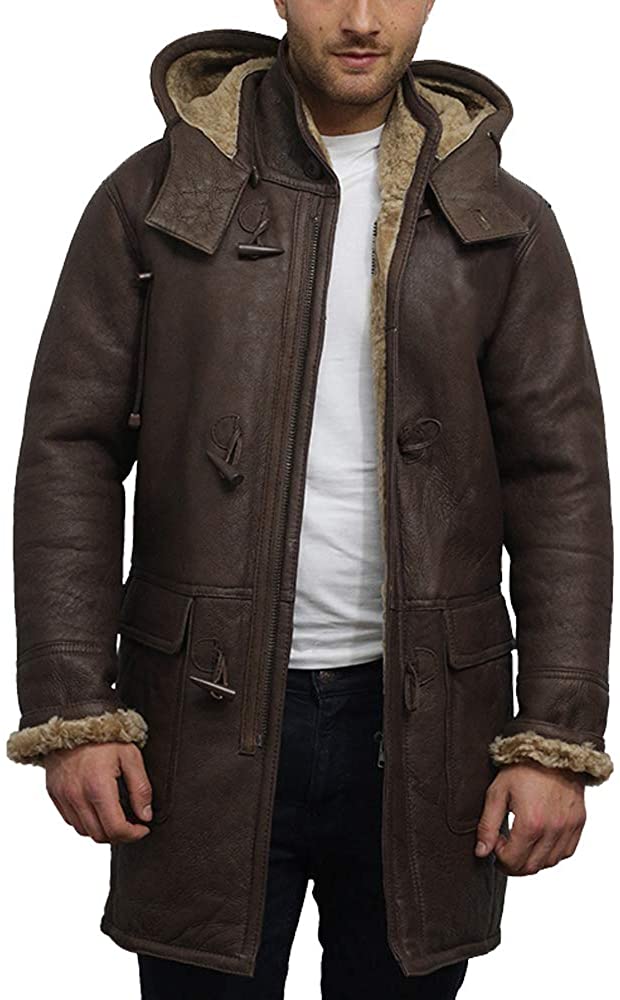 Enzyme washed so that it looks like real leather, this industrial-chic shirt jacket is lined in faux-shearling. The beige Sherpa trim is a pleasing visual contrast against the cognac faux-leather. It buttons down the front and has side vents. Try it over a hoodie for a relaxed weekend look. 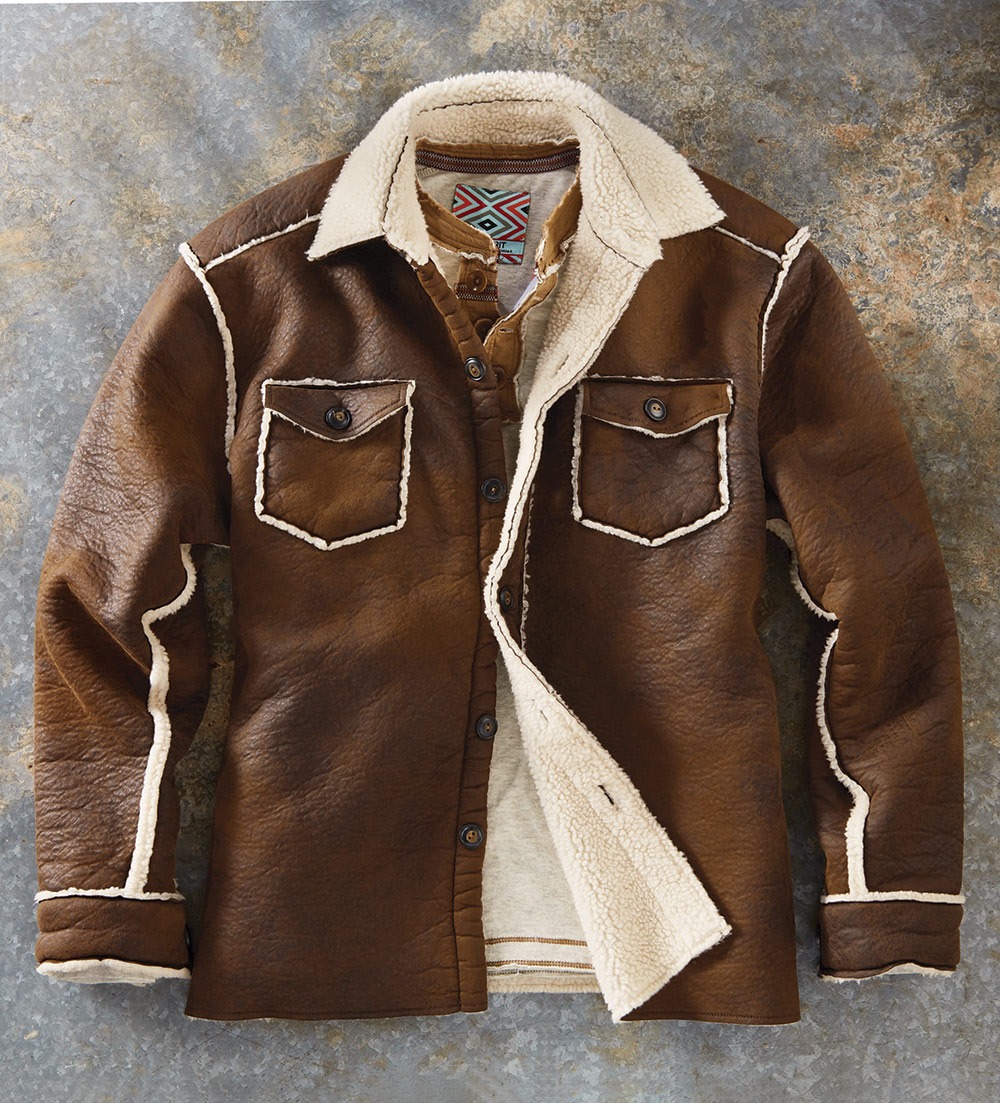 This wide-collared coat is welcome anywhere. The way it’s styled, it can work with cowboy boots or Chelsea boots. Pair it with a plaid flannel shirt and jeans or a turtleneck and chinos. Lined in Sherpa (faux-shearling) like the collar, it’s ready to keep you feeling toasty until spring. It also comes in black. 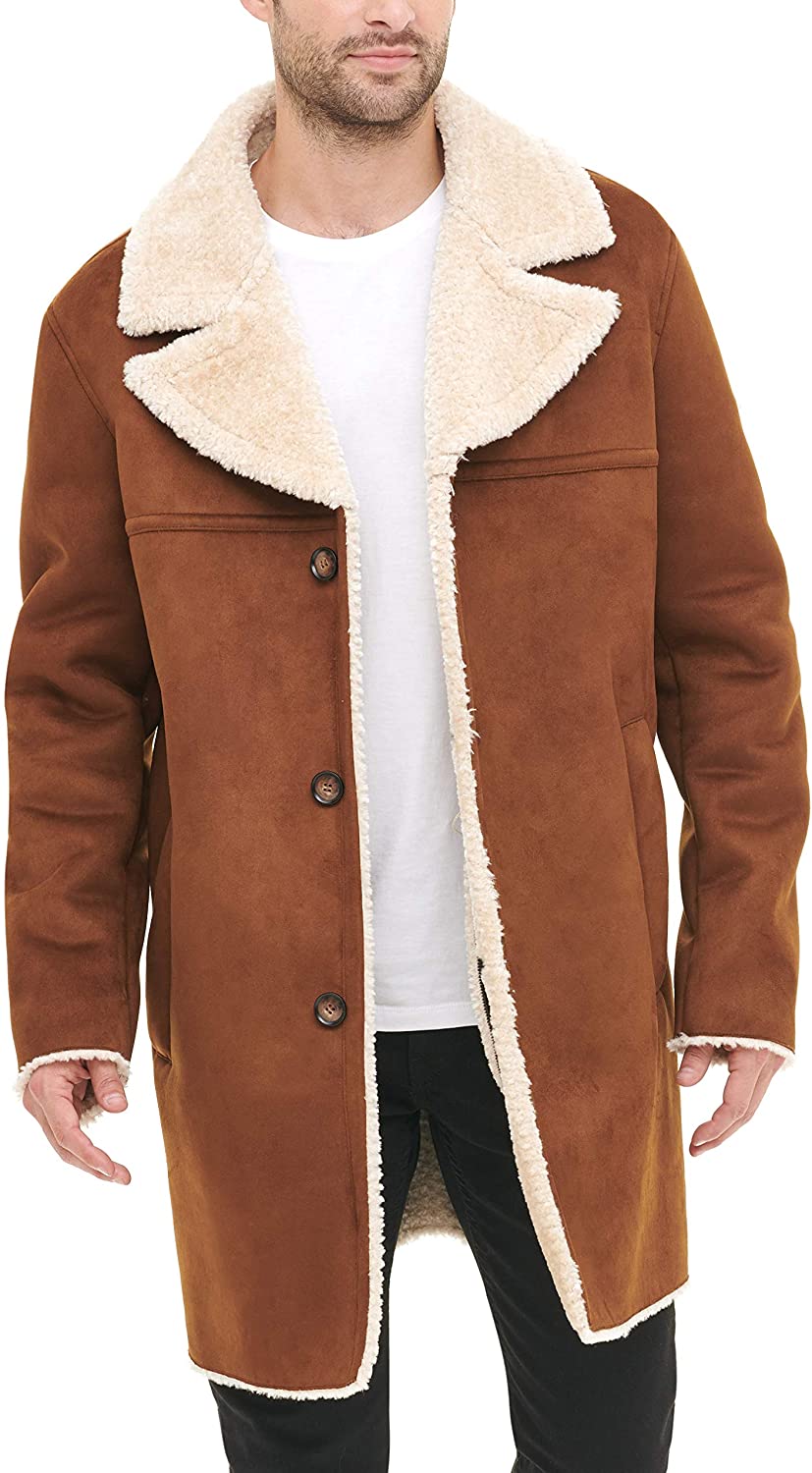 Made especially for Macy’s, this Calvin Klein faux-shearling coat is styled like an oversized moto jacket.  It has two front pockets as well as interior pockets for stashing your goods. The zip-up jacket has a buckle strap attached to the faux-shearling collar. 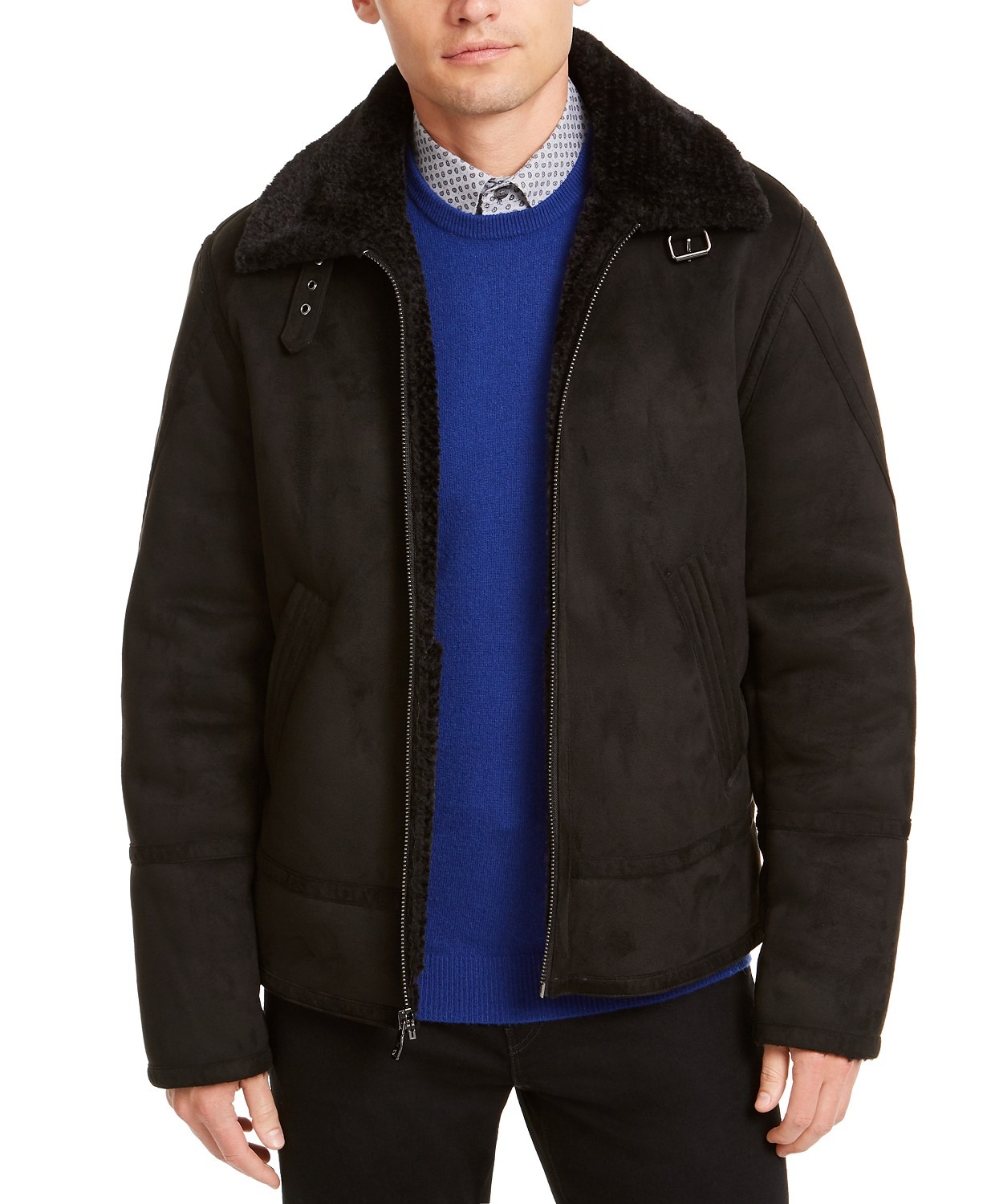 One of the reasons we love shopping at H&M is that they always serve up trendy stuff we need. And, that trendy stuff is well-made and never falls apart after wearing it once or twice. Their faux-shearling-lined jacket has a faux-suede outer that’s trimmed in faux-leather. Shown in taupe, it also comes in black and brown. 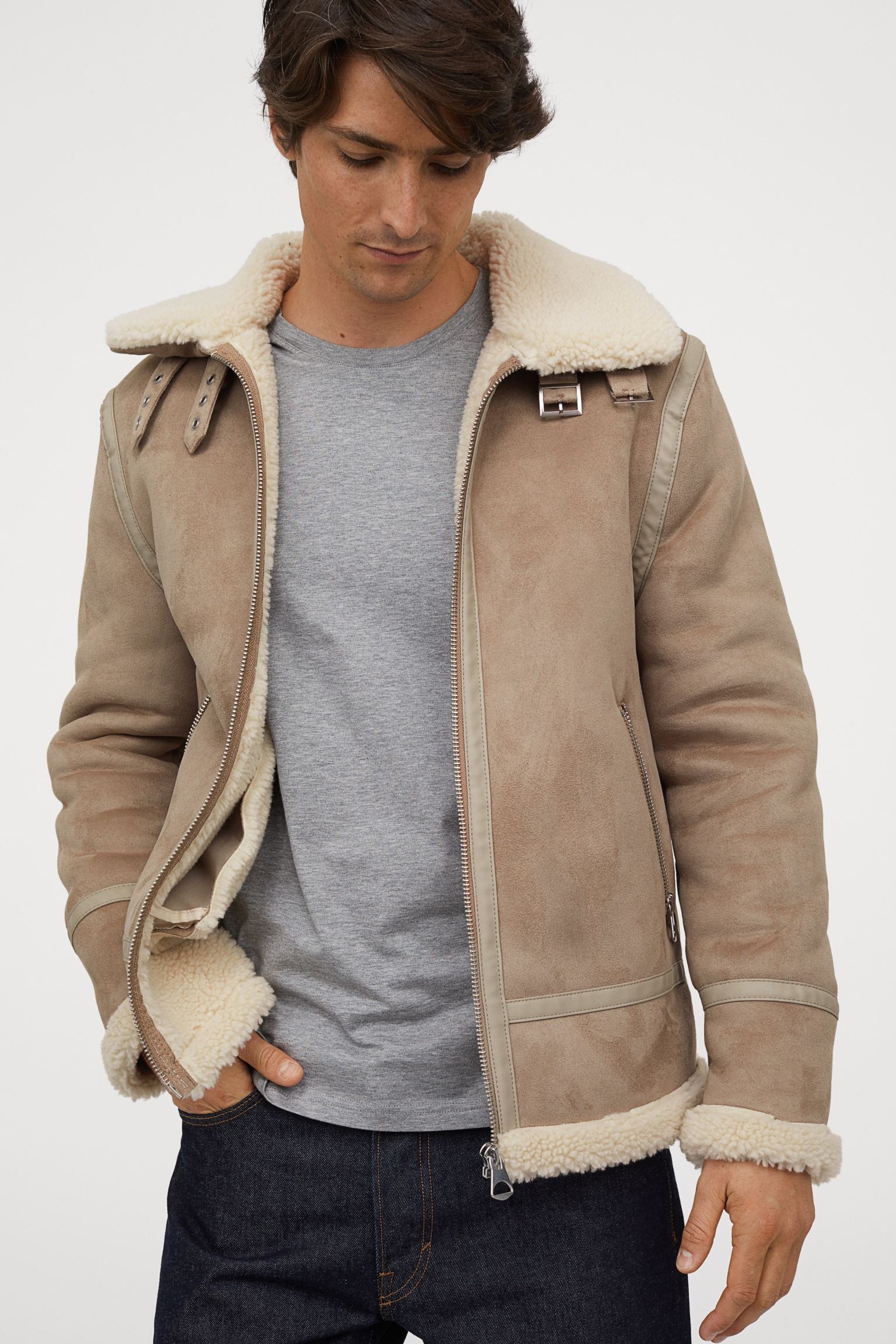 The 15 Best Henley Shirts to Upgrade Your Casual Outfits