If you absolutely need something right away, you should get it. But if you’re willing to wait it out, there are specific times a year when prices can run a little cheaper. Read on to find out the best times to buy everything from clothing and gifts, to plane tickets and a new car. 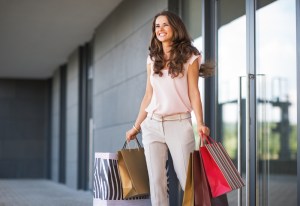 THE BEST TIME TO BUY GIFTS: JANUARY
From candles to cologne, January is when stores clear out merchandise from the holidays. That means great deals on gift sets you can use for yourself, or save for an upcoming birthday, wedding or special occasion. If you’re like most moms, January is also when you stock up on wrapping paper and decorations for next Christmas.

THE BEST TIME TO BUY A PLANE TICKET: TUESDAYS
A study by the Airlines Reporting Corporation found that Tuesdays are the best day to book – or take – a flight. Mondays and Fridays are typically the busiest and most expensive days to fly, and weekends don’t come cheap either. Another thing to consider: CheapAir.com analyzed over a billion flights and found that booking a flight 54 days in advance will often yield the lowest rates. With less than two months before a flight, airlines want to start finalizing their seats, and will incentivize passengers with discounts and deals.

Another tip: if you have no choice but to buy last minute, opt for an economy stand-by ticket if your times are flexible. If they don’t find a seat for you in economy, airlines will often upgrade you to business class just to get you on the flight. Other times, you can negotiate a free lounge pass or food and entertainment credit while you wait.

THE BEST TIME TO BUY FURNITURE: MEMORIAL DAY
While Black Friday is known for deals on electronics, Memorial Day weekend is known for steals on furniture. This includes things like mattresses and home decor, so you can ditch the generic Ikea stuff and pick up something a little more grown-up for your pad. 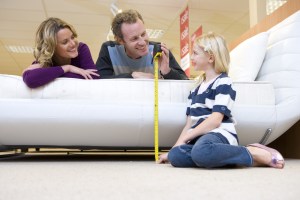 THE BEST TIME TO BUY COMPUTERS: JULY
According to Laptop Magazine, back to school time is when computers are cheapest, as companies unload a ton of stock for the school year, while clearing their shelves for new models to arrive in the fall (Apple typically makes its new release announcements in September). Take advantage of additional discounts, like using your student card for an extra 10-15% off.

THE BEST TIME TO BUY CLOTHING: AUGUST (OR WEDNESDAYS)
Shopping at the end of every season nets you the biggest deals on clothing – sometimes at 50-75% off. While January always has deals on end of season merchandise, August is when you’ll find the deepest discounts. The reason: the T-shirts and shorts you wore through summer won’t translate into fall, so retailers will be looking to slash prices on super-seasonal items. For comparison’s sake, those sweaters that went on sale in January will still serve you well into the spring, so stores are more likely to hold onto them rather than pricing them for quick sale. 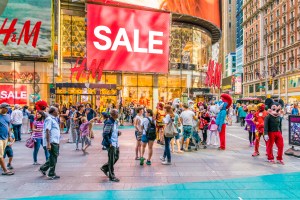 If you’re a TJ Maxx or Marshalls fan, the best day to shop is Wednesday. According to ex-employees, the stores get most of their new merchandise on Tuesdays, which means older items are priced to move the next morning. Don’t forget to shop the online sales too. They typically follow the same sale calendars as brick and mortar shops.

THE BEST TIME TO BUY A CAR: END OF SEPTEMBER
According to AutoTrader.com, the end of the month is always the best time to buy a car. The reason: salesmen need to make their monthly goals and are willing to sweeten the pot so they can earn their bonus. September is the best month to do this. That’s when new cars start rolling in, so dealerships will slash prices on current year models. If you’re willing to buy a current year model (I.e. a 2017 Mazda instead of a 2018), hit the dealer up at the end of September, and you’ll double your chance of saving big.

Another hint: come ready to buy in the evening, just before closing time. The salespeople will want to head home for the night, so they’ll be more likely to skip the haggling and get you the deal you want.

THE BEST TIME TO BUY A TV: BLACK FRIDAY (OR BEFORE THE SUPER BOWL)
Those doorbuster deals on Black Friday are no joke. Retailers slash prices on TVs and electronics after Thanksgiving to compete with their competitors. They know people are running around to shop for the holidays, so they’ll strategically lower prices to make sure you shop in their stores.

The other time to buy a TV: right before the Super Bowl. New electronics typically arrive in March, so stores will be trying to clear out 2016 sets before the end of February. That, coupled with the demand for new TVs for the big game, lead to big discounts.

KNOW THE DISCOUNTS YOU ARE ENTITLED TO
Before you throw down your credit card, see what discounts you qualify for. Many department stores offer a “tourist rebate,” which can fetch you up to 10% off your purchase. Stores like Club Monaco offer a 20% off student discount with proof of valid ID. On the other end of the spectrum is the AARP discount, which offers seniors discounts on everything from movies to mobile plans. And finally, many stores – along with restaurants and attractions (I.e. Disneyland) – offer a local discount if you bring in your utility bill or driver’s license with proof of residency. Know your discounts before you pay. 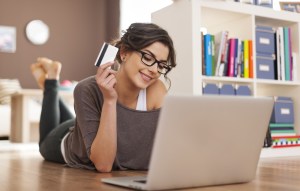 A few other tips: always ask for a price-match guarantee. Then do your research and shop around, to see if you can find a better deal. Don’t forget online stores too — most physical retailers will honor price matching even if you find a cheaper price on the internet.

Above all, it never hurts to ask for a better price. Even if you aren’t shopping during the “peak” times of year, salespeople are often willing to throw you a discount just to make the sale.