When Daniel Craig, aka James Bond, wore a smart leather-trimmed Billy Reid peacoat in Skyfall, the audience took notice immediately. It was so good-looking that it almost stole the movie. In fact, Daniel Craig was so taken with it that he bought one for himself either during filming or right after. While Bond normally favors British and European fashions, Billy Reid is an Alabama-based clothing company, and a favorite here at SPY.

Craig has been photographed numerous times since the movie came out wearing the Billy Reid peacoat. He often pairs it with jeans and a button-up shirt. When the temps dip down, Craig adds a scarf and a cap.

American fashion designer Billy Reid, who is known for his modern takes on classic American sportswear, whipped up the coat for the movie. Now known as the Bond Peacoat, in a nod to both the fashionable New York City Billy Reid store and the world-famous secret agent, it frequently sells out the moment Reid makes them available.

Right now, the Bond Street peacoat is available online and in Billy Reid stores. This peacoat comes in a very dark navy blue or black and is made in Portugal from Melton wool. Melton wool feels luxurious to the touch, wears well, doesn’t pill, fray, or fall apart with age. It’s about as durable and sexy as a 007 agent. Billy Reid’s Bond Street peacoat has a modern cut, where it’s fitted in the chest and sleeves, and then tapers towards the waist. 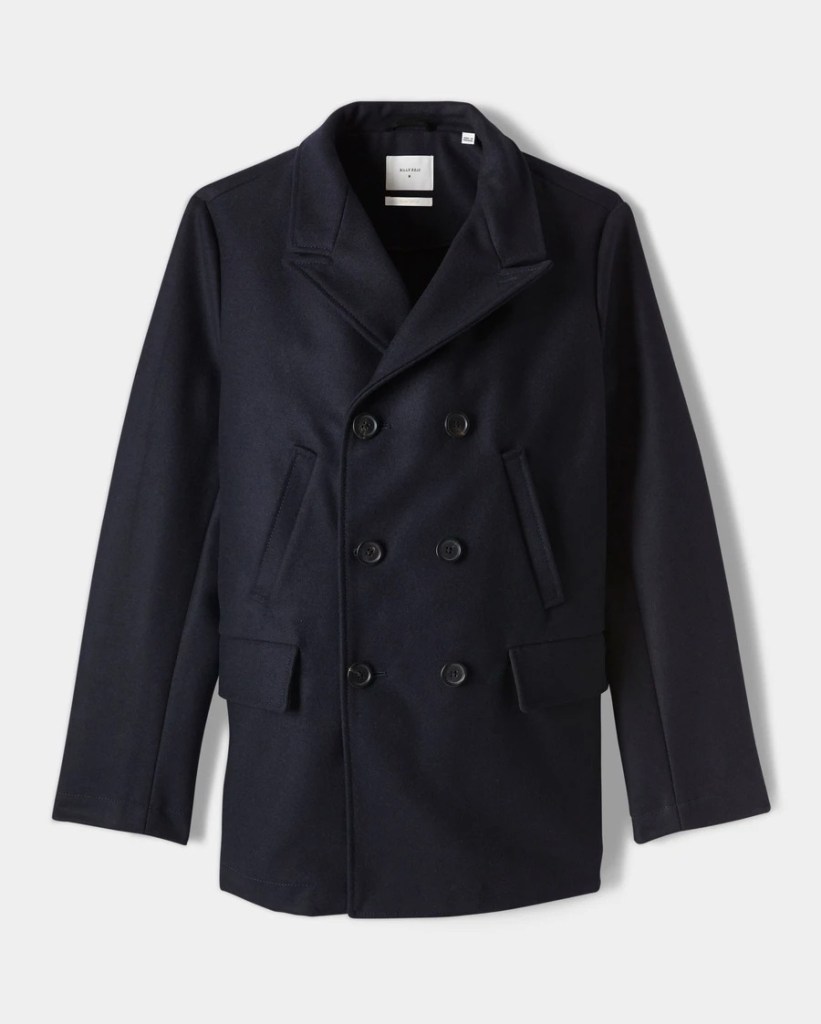 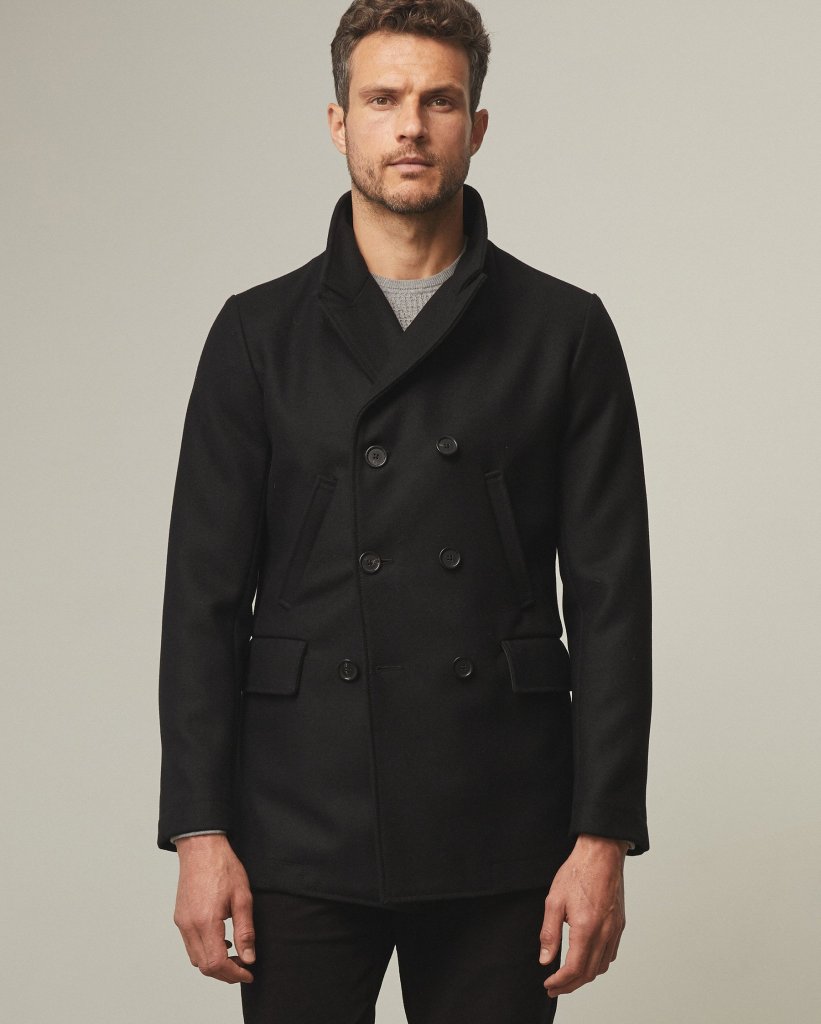 Billy Reid’s Bond Street Peacoat is unlined, has four pockets: two chest pockets and two slash pockets, and it has a vent in back. The peacoat is trimmed in leather, has a leather under the collar and real horn buttons.

Don’t wait to get your instructions from Her Majesty’s Secret Service if you want this peacoat; grab it while Billy Reid still has it in stock. Otherwise, you may have to wait before you can snatch it again, and like Casino Royale, the odds may not be in your favor.