It’s hard for any business to find long-lasting success. Per the Bureau of Labor Statistics, roughly 20% of new businesses fail within the first two years, 45% during the first five years and 65% during the first decade. Only 25% of all new businesses make it 15 years or more. So when a company like Blundstone — an independent, family-owned footwear company — lasts 150 years, well, it’s an achievement well worth celebrating.

If you’re not familiar with Blundstone, let’s get you familiar real quick. A staple in the Australian fashion scene, Blundstone has recently become one of the trendiest boots in the United States. The work boots have an unpretentious and durable design that makes them both practical and stylish, which is basically everything you want in a fall or winter boot. They were one of SPY’s picks for the best men’s Chelsea boots of the year, and men and women’s fashion sites all over the world are falling in love with their Blundstones, or “Blunnies,” as they’re sometimes affectionately called.

This week, to celebrate 150 years of success, Blundstone released a limited-edition #150 boot on September 1. Blundstones have reached every corner of the earth in that time, from the farms of Tasmania to New York City Fashion Week and even Mount Everest expeditions. Whether you’re an urban adventurer or heading on a backpacking expedition, these shoes are up for the challenge. 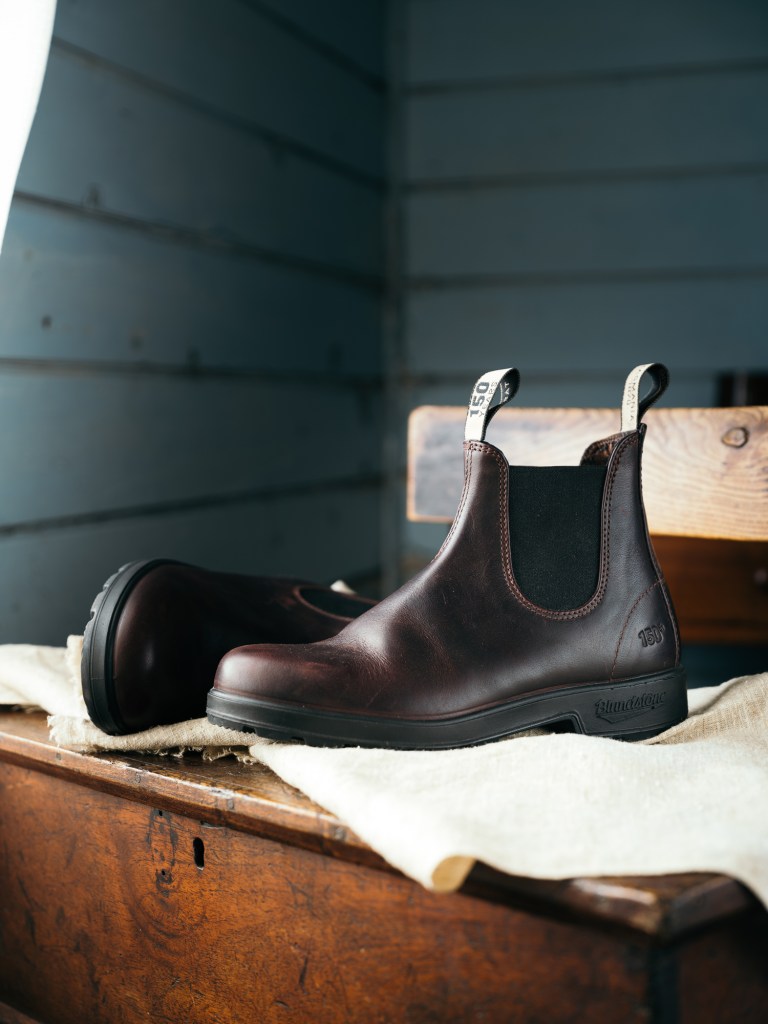 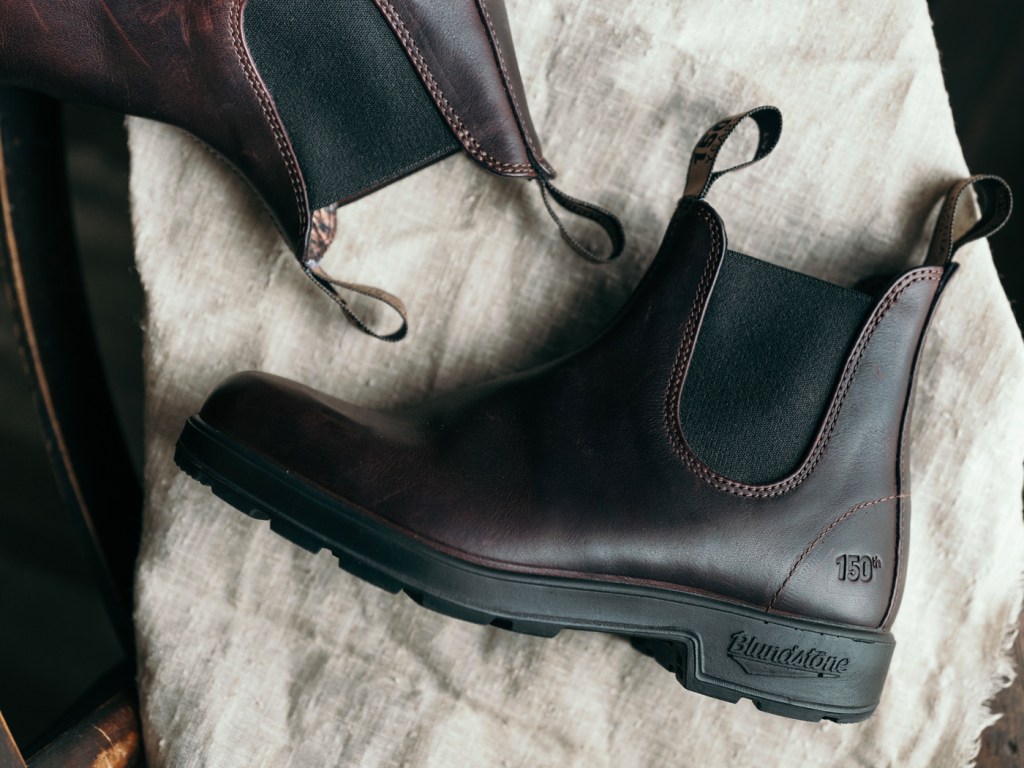 For fans of Blundstone boots, the limited-edition anniversary boots are a great addition to your fall wardrobe. You can purchase the boots at the Blundstone website, L.L. Bean and REI stores.

For the Uninitiated, Here’s What All the Blundstone Fuss Is About

The company was started by John Blundstone on the Australian island state of Tasmania in 1870 as an all-purpose work boot. Not unlike Red Wings, Blundstones quickly became well-known for their versatility. Like some other trendy clothing brands that started as workwear, the brand took off in the wider fashion world in the mid-1960s with their #500 model. This pull-on, ankle-high boot was essentially a hybrid between Chelsea-style boots and the company’s work boot origins. The rubber sole and the rich, brown color looks great with pretty much everything, which is why it’s also used for pretty much anything you can think of: backpacking, casual wear, driving — whatever your day may bring; it can probably be done in a Blundstone thanks to their extreme comfort, lightness and deep supportiveness. The boots are also water-resistant, thanks to a specialized treated leather, which means you don’t have to fret if you’re caught in some bad weather while you’re out and about.

Now, 150 years later, Blundstone is alive and kicking and is looking to celebrate, and what better way to do so than by dropping a special boot? Lovingly named the #150, the new Blundstone boots are part of a limited collection. The coffee color has been replaced with an equally rich auburn leather. The Tasmanian wilderness inspires the color of the boots, according to the brand, but we prefer to think of the hue as versatile. It will pair well with pretty much everything from jeans to short shorts, and everything in between. 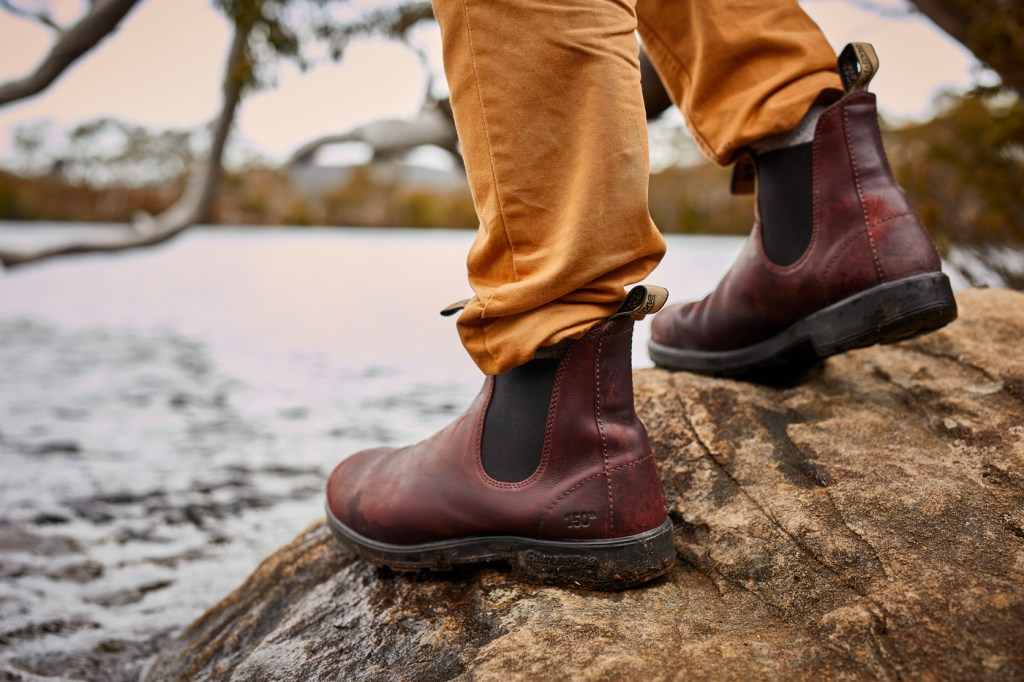 Stamped on the back part of the heels is a 150 to honor the occasion, and the beloved dual tabs are swapped for a gold version that adds a perfect pop of color to the whole package. And, of course, the same fantastic support, lightness and comfort are apparent in each boot. The leather upper is 1.8m thick instead of the standard 2.5mm leather, giving the already sturdy boot even more toughness and durability, which means they might last you 150 years without having to be replaced. All in all, it’s a boot worthy of celebration, further by the fact the boots have been made in a limited quantity to celebrate.

No matter where your adventures may take you, you’ll want to make sure you’re doing them in a pair of Blunnies. That’s always been the case, sure. But now, more than ever is a great time to celebrate that spirit of the outdoors. So slip on a pair of #150s and see what awaits you. 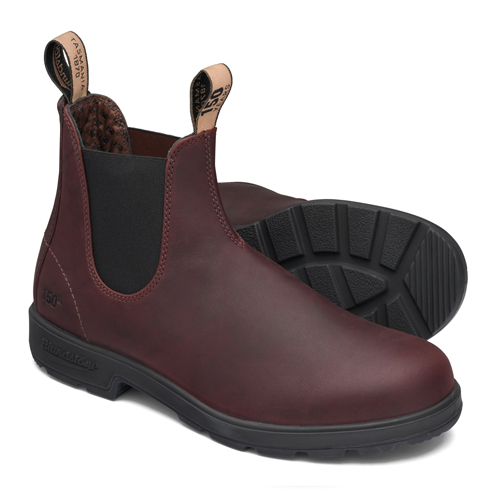 Elevate Your Fall Footwear With These 12 Stylish Chelsea Boots