A few notable style icons in Hollywood put a ton of effort, time and energy into their appearance. They’re trendsetters who make fashion a part of their signature brand and draw fans in by carefully cultivating a reputation as a well-dressed famous person. Think Lady Gaga, Lil Nas X, Timothée Chalamet and Kim Kardashian.

Then, there are celebrities who have reached such an amplified magnitude of fame that anything they wear is cool, even if it’s a fugly accessory that’s now cool because it’s cooler to look like you’re not trying to be cool. Enter: Brad Pitt in a bucket hat.

Despite the big dad hat energy — or possibly because of it — the dorky white bucket hat is having a major fashion moment.

Post Oscar win, 58-year-old Pitt is letting loose in his career and life. Bullet Train is not a particularly good movie, but Pitt is having so much fun that you enjoy watching it regardless. His long locks are putting in work tucked under a stylish, clean-cut bucket hat he’s been wearing on and off the screen. He has no reason to hide his hair, but he knows he doesn’t need to try very hard anymore, and we’re happy for him. Embrace your impending retirement Brad; you’ve certainly earned it.

We’re into his look, so we decided to scour the internet and find the exact one. Not surprisingly, it’s sold out. But there are many worthwhile alternatives you can pick up if you want to make a late-summer statement. 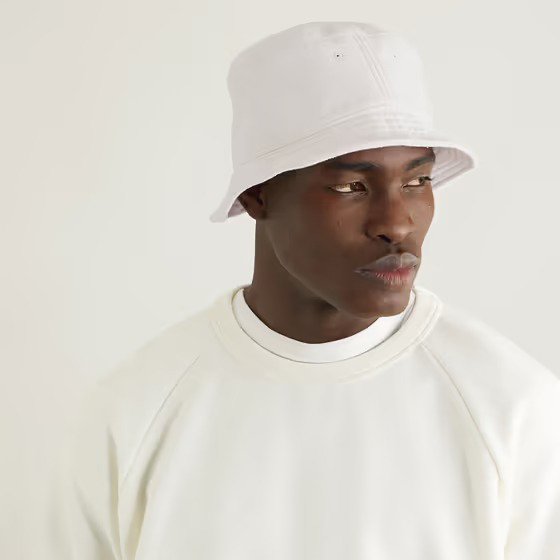 After wrapping filming on Bullet Train, Pitt wore this now-famous bucket hat to the 2021 U.S. Open at Arthur Ashe Stadium and has been rocking one on and off ever since. The exact one from SSAM is sold out, but others closely mimic its basic frame, heavy stitching and stiff yet flexible rim. If cool-rich-guy-who’s-also-approachable is what you’re going for, pick up one of the following chapeaux to rock this late summer and early fall.

This reversible bucket hat comes in a white/ cheetah camo print that’s perfect for mimicking Pitt’s look. His doesn’t have the Lululemon emblem on the side, but we think it’s still pretty cool. The fabric is sweat-wicking and lightweight, just like everything else Lululemon makes, and it can be flipped inside out for two distinct looks. 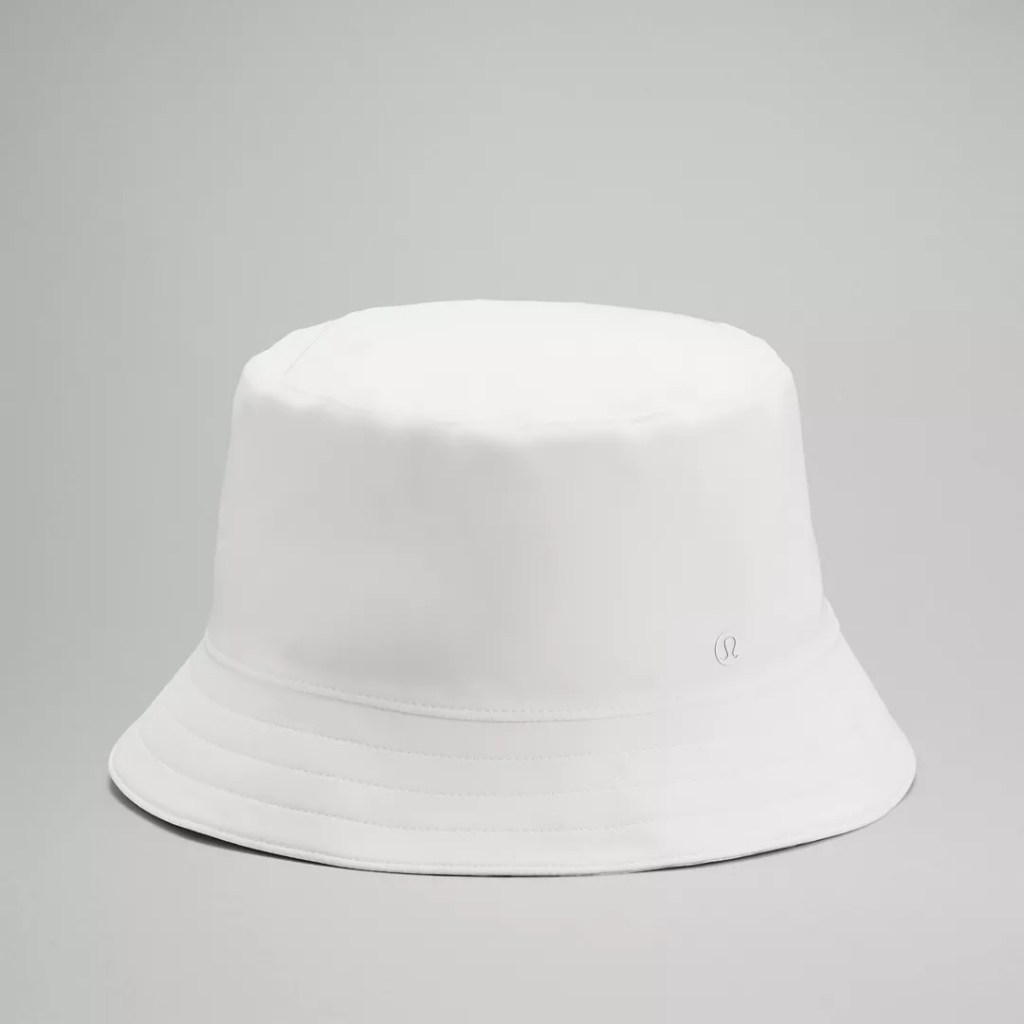 Carhartt Work in Progress also makes an excellent white bucket hat with a simple and polished design that’ll give you Pitt’s vibe at a budget-friendly price. It’s 100% cotton and has a slim brim and a fabric trim around the top, making it a perfect streetwear accessory. 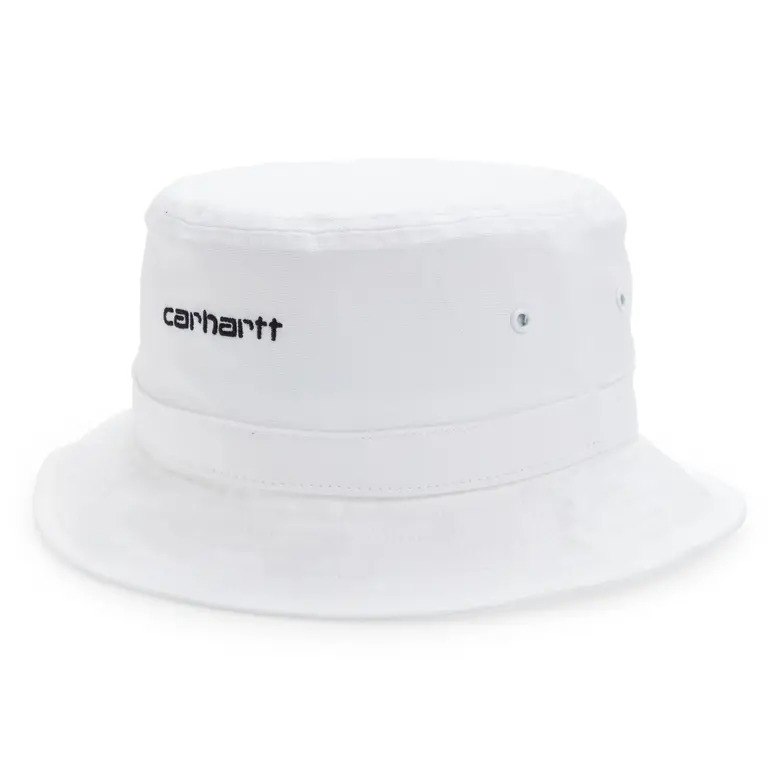 Lastly, there’s Ralph Lauren. If anything rivals Pitt in terms of classic rich guy aesthetic, it’s a Ralph Lauren polo. This bucket hat is white with the signature RL logo, a seamed brim and a 1-inch band around the crown. It has a cotton oxford sweatband inside for moisture control and comes in two different sizes so you can find your most comfortable fit. 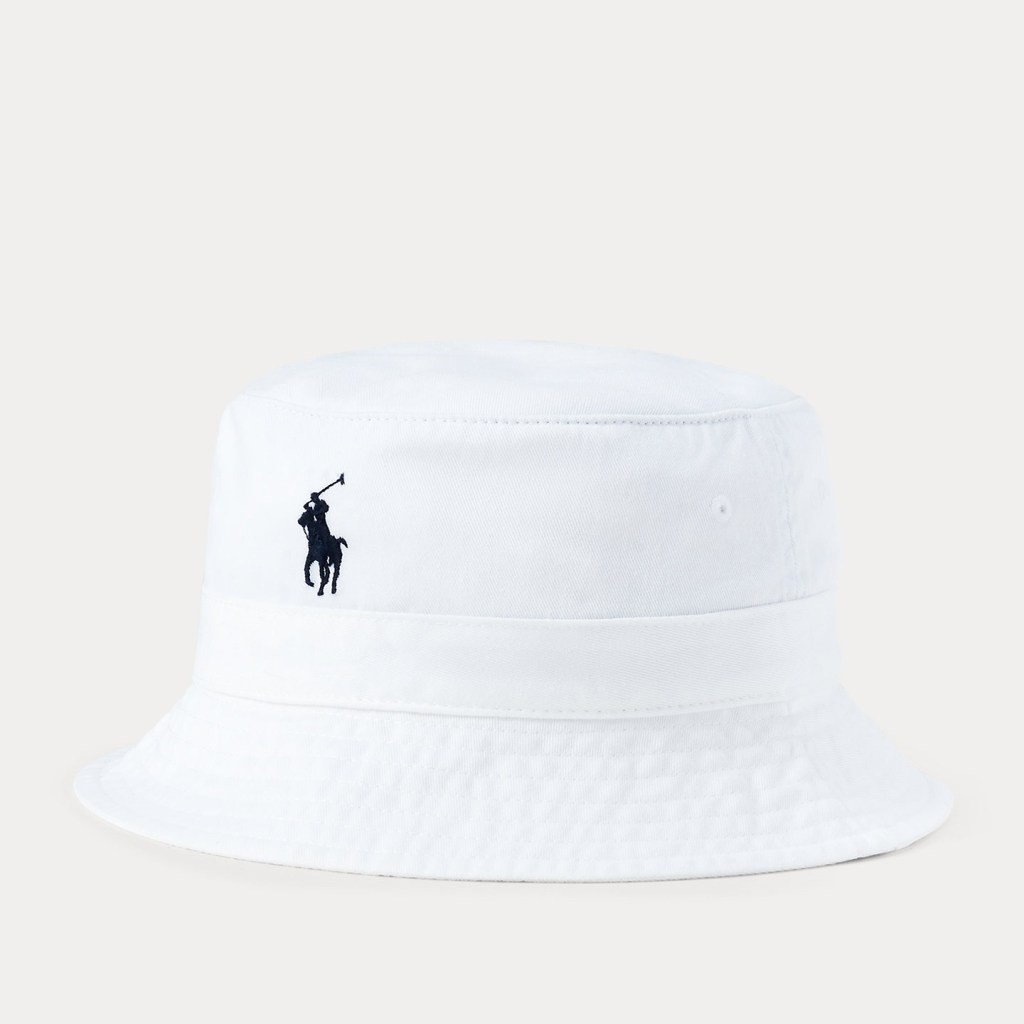