* At just 24, Breanna Moore is founder of LaBré Bazaar and the Fashion Made in Africa Initiative
* Moore’s aim is to provide African artisans access to the global economy
* Moore is committed to employing most African women and youth

Just a year after graduating from the University of Pennsylvania with a degree in African Studies and International Relations in 2015, Breanna Moore launched LaBré, a fashion label designed by herself and manufactured by Ghanaian seamstresses and tailors.

Moore’s guiding mission for launching LaBré was to bring growth to the economy in Ghana — where she studied abroad during college twice — and to employ mostly females, whom she describes as the most “disenfranchised,” population in West Africa.

Moore launched a successful Kickstarter campaign in order to raise the funds needed to start the brand, and, after raising $11,000, LaBré was born. Now, at just age 24, Breanna has expanded LaBré into LaBré Bazaar — an eCommerce, multi-label marketplace that’s a part of Moore’s Fashion Made in Africa Initiative, focused on offering African textile makers and artisans access and exposure to the international market.

We sat down with the young entrepreneur and philanthropist to learn more about her story, her initiative, and LaBré.

1. Hi Breanna, how did you first get into apparel design?
I studied abroad in Ghana twice as an undergraduate and I was exposed to the beautiful, vibrant Ankara fabric, Batik fabric and Kente Cloth and I thought, “Wow this should be everywhere!”

I also thought it would be a great opportunity to provide jobs for seamstresses and tailors in Ghana and contribute to the economic growth there. So, ever since then, I had the idea to start my fashion line, LaBré.

2. Tell us about the Fashion Made in Africa Initiative
The Fashion Made in Africa Initiative aims to generate global visibility of African-inspired fashion designers, achieve the stocking of African apparel in U.S. boutiques and department stores, and [urge] the fashion industry to create economic opportunities for young and talented African designers.

Through the initiative, I’ve launched LaBré Bazaar — an online e-commerce platform that exists to provide African artisans with increased access and exposure to the international market. We supply the rapidly growing global demand for African fashion products, by sourcing them directly from African designers who showcase and sell their apparel to an international customer base.

Through the Fashion Made in Africa initiative, LaBré is launching LaBré Agency which will provide U.S. fashion companies, department stores and boutiques with apparel and accessories from LaBré’s network of African fashion designers.

The global fashion industry is $1.3 trillion, with sub-Saharan Africa’s apparel and footwear market valued at $31 billion. In Africa, the entire textile/clothing market accounts for the second largest number of jobs in developing countries after agriculture. In the next five years, the industry could generate $15.5 billion revenue. We desire to have “Fashion Made in Africa” become a global norm. 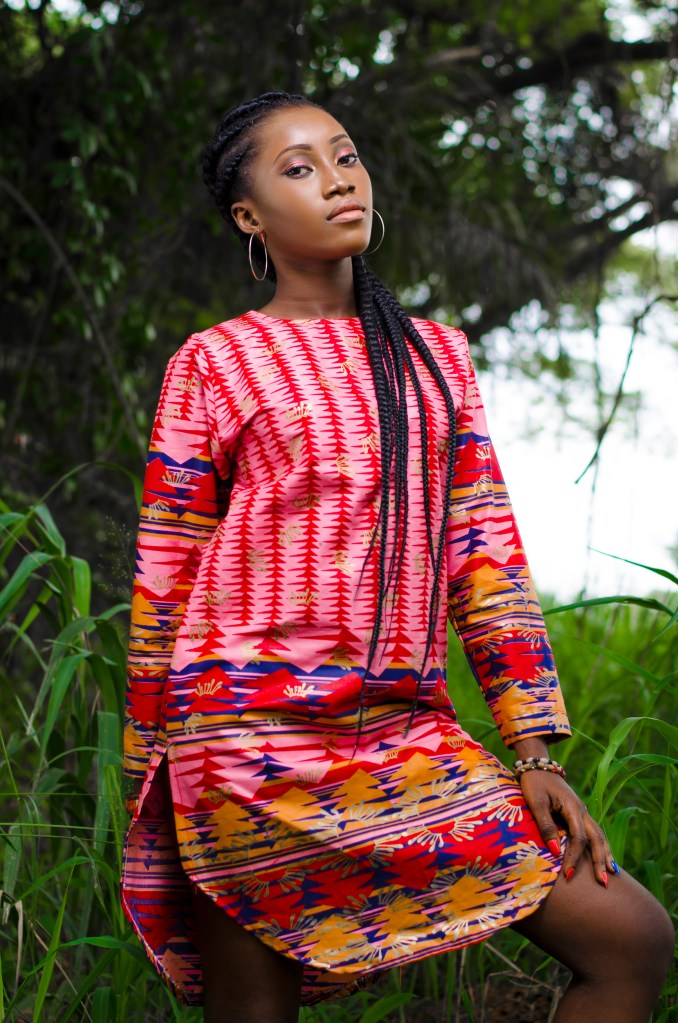 3. What are the biggest influences that inform your designs?
I’m inspired to show African-inspired fashion as elegant, luxurious and versatile. I desire to show that African fashion isn’t just wax print or stereotypes of “fur” or zebra print. I am inspired by showcasing women of African descent as stately and queenly and seek to do so in my designs.

4. In what ways is LaBré filling in a gap in the current fashion market?
The fashion industry overall is void of African-inspired fashion and needs to tackle the challenge of incorporating marginalized and non-mainstream fashion styles and designs into the center. The fact that there is an “African Fashion Week” instead of just one “Fashion Week” shows that developing nations are still struggling to be embraced and promoted on the same level field as the well-known Western designers.

LaBré is the only agency whose mission is to achieve the stocking of African apparel and accessories in stores. LaBré is harnessing the global fashion industry to create economic opportunities for talented African designers and generate global visibility of African-inspired fashion designers.

Historically, Africa has been known for its natural resources of gold, oil and cocoa. Fashion is also a natural resource of the continent; a material wealth that has the potential to contribute exponentially to the economy through the cotton, textile and garment industry and employ millions of people, predominantly women and youth. 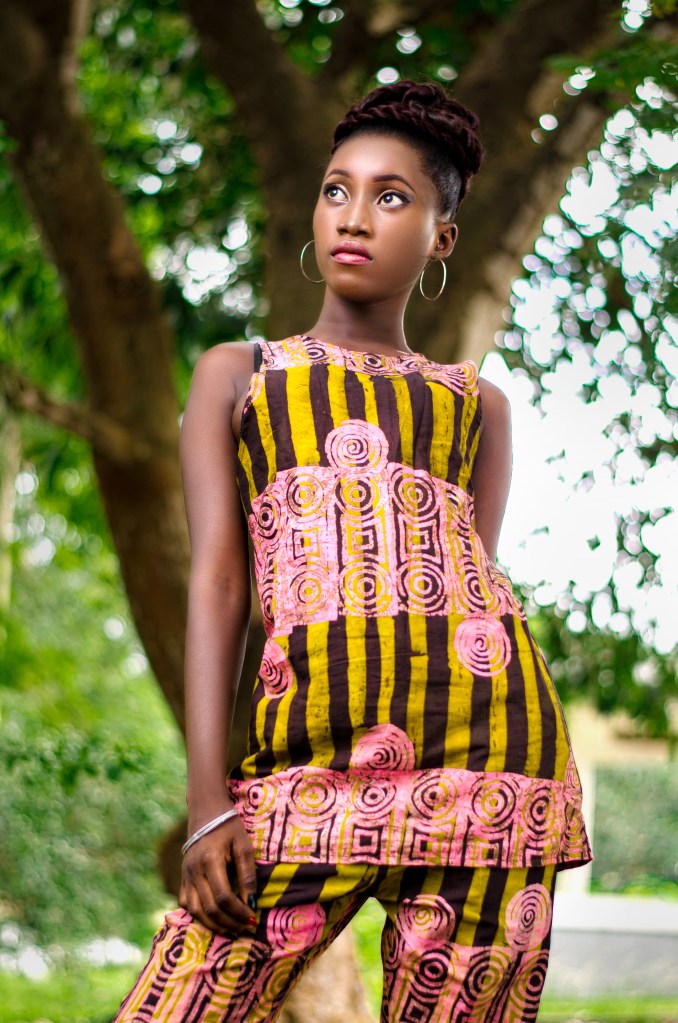 5. Tell us about LaBré’s Prom Gown Giveaway
LaBré currently has a Prom Gown Giveaway Contest with our current “Threads of Africa” Collection. LaBré seeks to ensure that young women who can’t afford a prom gown have the opportunity to enjoy their high school prom without having to pay hundreds of dollars for a prom dress.

A recent survey from Visa revealed that the average U.S. family plans to spend about $919 on a prom-going teen. For every seven prom gowns sold, LaBré will donate a free prom dress to an in-need Philadelphia high school student who cannot afford a dress.  Each LaBré gown is made in Ghana by LaBré seamstresses and tailors. 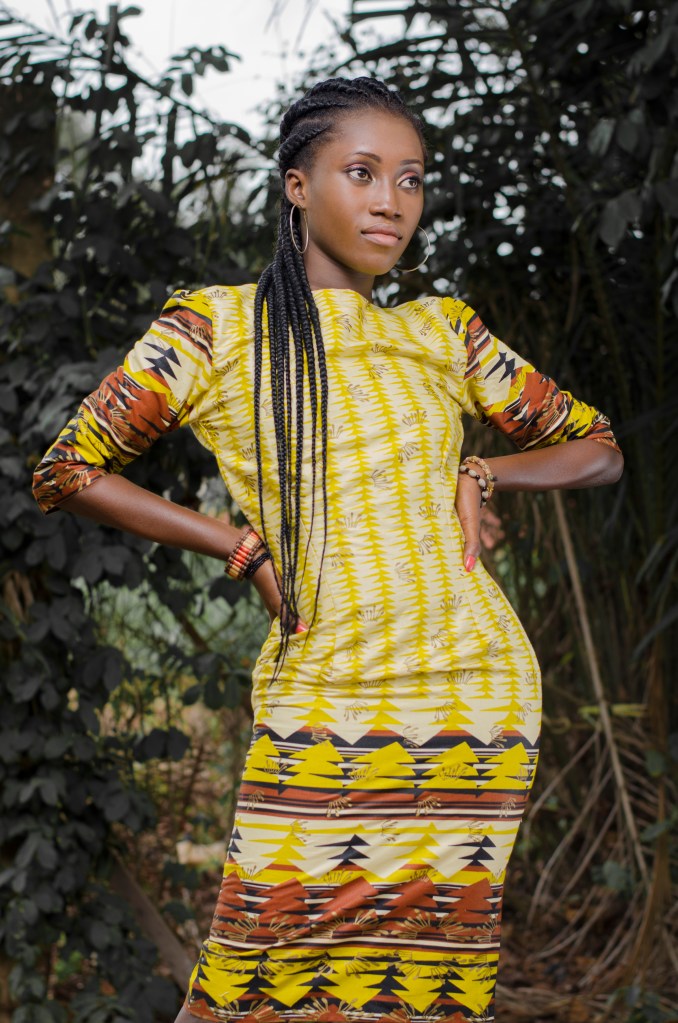