The sneaker industry has always been hot. Many 90s kids remember how they coveted Jordans during their grade school days as the greatest to ever do it lead the Bulls to championship after championship. Along with that winning mentality came the desire to be like Mike and that meant owning his shoes. And so a multi-million dollar industry was born, with each year bringing a hot release that collectors had to have. While the must-have shoe often differs from brand to brand, Nike and Air Jordan have always been in the mix, but it feels like it’s been a while since we saw a collaboration as hot as the Dior x Air Jordan 1.

Initially previewed during Dior’s Fall 2020 Runway show last December, the Dior x Air Jordan 1 has the same cut and look as your normal Jordan 1, but the colorway is where it really shines. The grey accents with the light blue and the ever-classic Nike swoosh emblazoned with a Dior pattern elevate these kicks to high art. But the designer take on the shoe certainly drove the price up — the high top version alone is a staggering $2,200 and only 8,000 pairs were made. Made in Italy and edge-painted by hand, they’re in rarefied air that’s certainly worthy of Jordan himself. Dior assembled a microsite for sneakerheads to get a chance to buy them (as is standard procedure for these kinds of high-end collabs) that was supposed to take place during the spring. However, the draw was delayed due to the coronavirus until early July.

These kinds of splashy partnerships always draw a fair amount of attention. But I have to think even Dior was shocked by the reception. A staggering five million people entered into the raffle according to WWD. Of course, with such a limited inventory, you might have missed out on a chance to get them initially. Fortunately, for those with a lot of extra funds sitting around, resellers like StockX can give you a shot at getting them . . . for a price.

It’s typical to see resellers double or triple the price of a hot sneaker when it hits the secondary market. But given the inherent rarity of these shoes, you’re going to pay far more than you otherwise would have paid. As of this writing, StockX has the shoes going anywhere from $10,000 to $12,000 depending on the reseller and the size. Part of this considerable price hike is just the nature of missing out, but once you add in the rarity and the designer aspects of it, that price goes up. For those collectors who just have to have them? There’s probably not a price they wouldn’t pay to get their hands on them. If that person is you, well, consider today your lucky day. 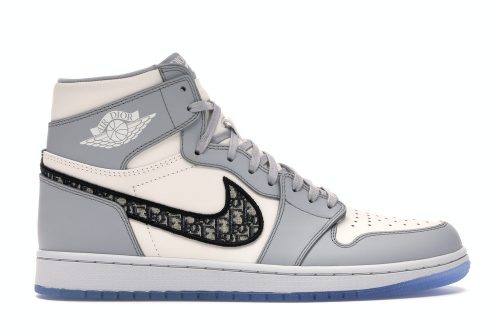