Adidas recently overhauled its classic Superstar basketball shoe into a prime example of everything the German sportswear giant is doing right in the market. With premium materials and more modern manufacturing processes, the Primeknit Superstar Boost is practically a brand new shoe under the guise of a silhouette that’s been around since 1970.

Originally released as a low-top basketball sneaker worn by the likes of Kareem Abdul-Jabbar, the Superstar was made famous by hip-hop legends Run-DMC in the early 80′-s, and eventually became a streetwear staple. The rest as they say, is history. 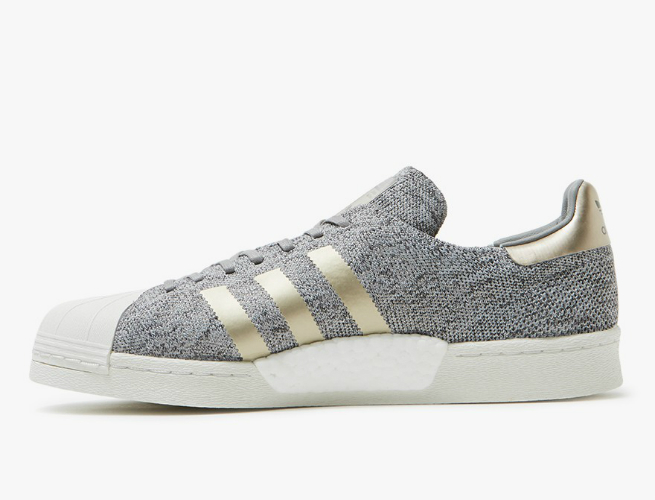 Today the Superstar features not one, but two of Adidas’s innovations: Primeknit and Boost. Primeknit (PK) is Adidas’s answer to Nike’s wildly popular Flyknit and in the case of the Superstar, it adds a lightweight and flexible upper that hugs the foot without restricting movement. Knit into the PK are metallic threads, giving the Superstar that subtle hint of metallic sheen. And the platinum-colored stripes, heel tab and tongue? Those include real bits of platinum foil.

With the Superstar Primeknit Boost, Adidas proves you can teach an old dog new tricks.

Nike Celebrates 45 Years of The Cortez: Here Are The 4 Best Versions