Today, June 21, Cole Haan is back at it again with another collaboration worth geeking over. And, this time, it’s with one of the most recognizable artists to ever grace the planet: Keith Haring. And, of course, these are some of the best sneakers and slip-on shoes we’ve seen so far this season. 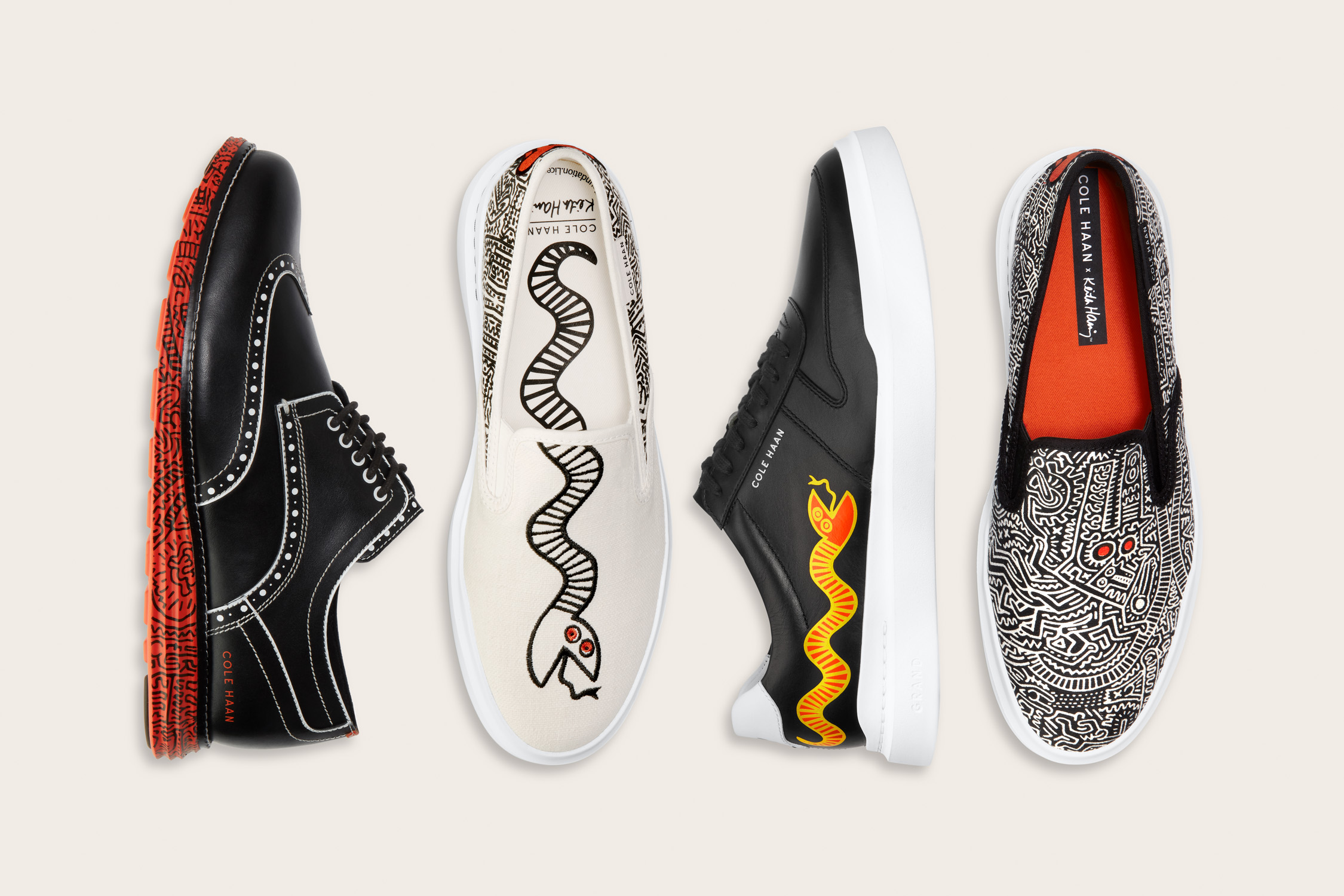 Keith Haring was an American pop and street artist who initially started off in the New York City graffiti subculture around the 1980s. He’s known for colorful works of pop art depicting almost patterned, celebrational group scenarios that contain faceless characters that have become iconic on their own, including “Radiant Baby” and “Snake”. Before and after his death in 1990 due to AIDS-related complications, Haring’s work has been seen as social activism masterpieces advocating for several varying current issues, such as HIV-related stigmas, anti-drug use and safe sex.

Now, his works are recognizable in a world that surpasses activism but still holds to its initial roots in the world of protest. That being said, Haring’s works have since been featured in several recent collaborations for our modern world to help us remember such an iconic visual artist. Recently, we’ve seen Haring collabs with Uniqlo and Ruggable which we’ve fallen in love with, so we’re super excited to see the late artist’s works of art on a pair of gorgeous shoes from Cole Haan. 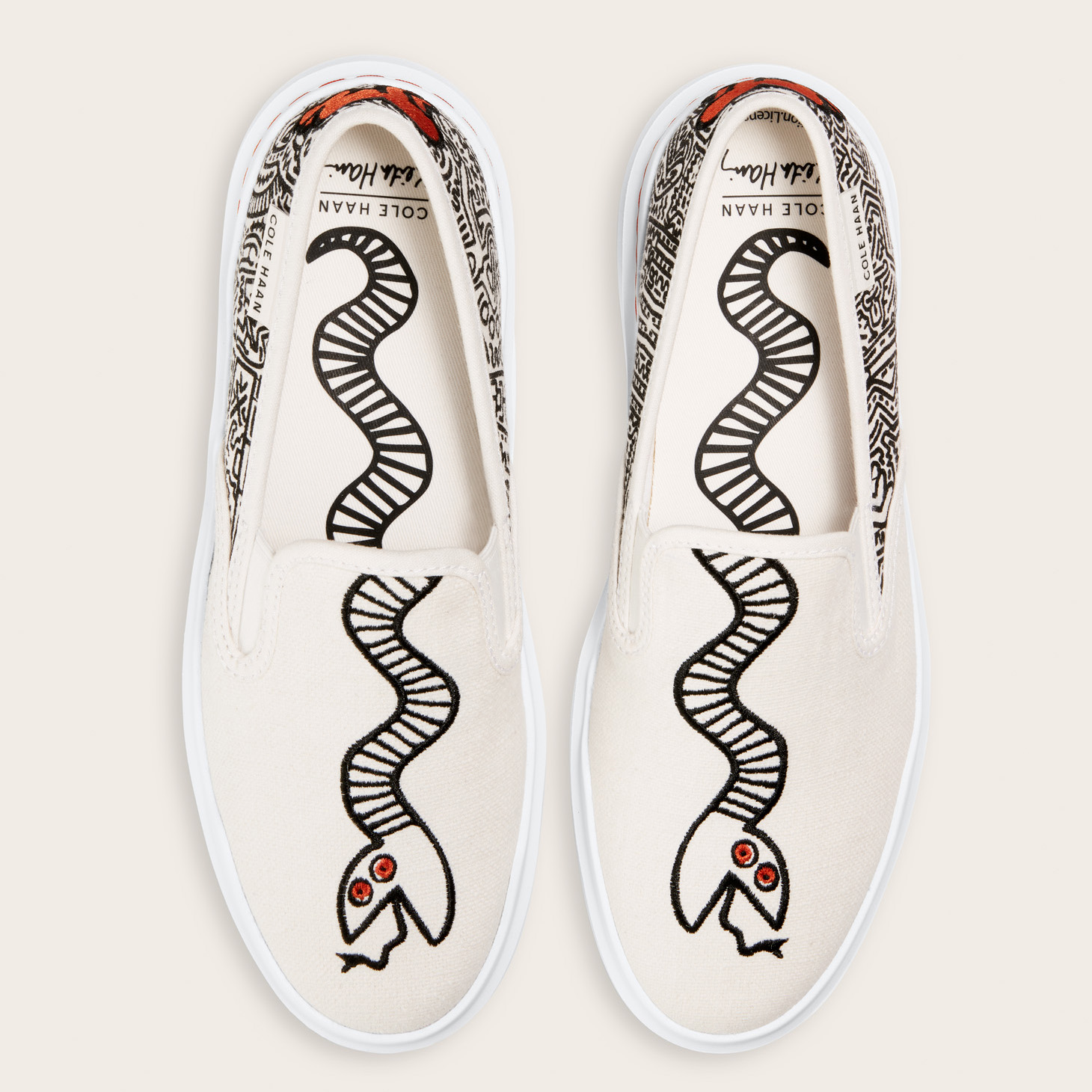 Using the brand’s classic ØriginalGrand and GrandPrø Rally designs, Cole Haan is fusing Haring’s visionaries into four new styles seamlessly with motifs made famous by the queer artist. To us, in a stylistic sense, each shoe mocks what looks like tattooed skin in a way that’s exceptionally smart and completely timeless.

From scattered black-on-red cartoon-like soles attached to an almost gothic-looking laced sneak to a laceless slip-on with a snake caricature over the top, these aren’t your typical pair of shoes. Obviously, they’re complete standouts. That being said, your feet might look a little bit louder than whatever else you’re pairing them with, but when your shoes do the talking, the rest of your outfit doesn’t have to. 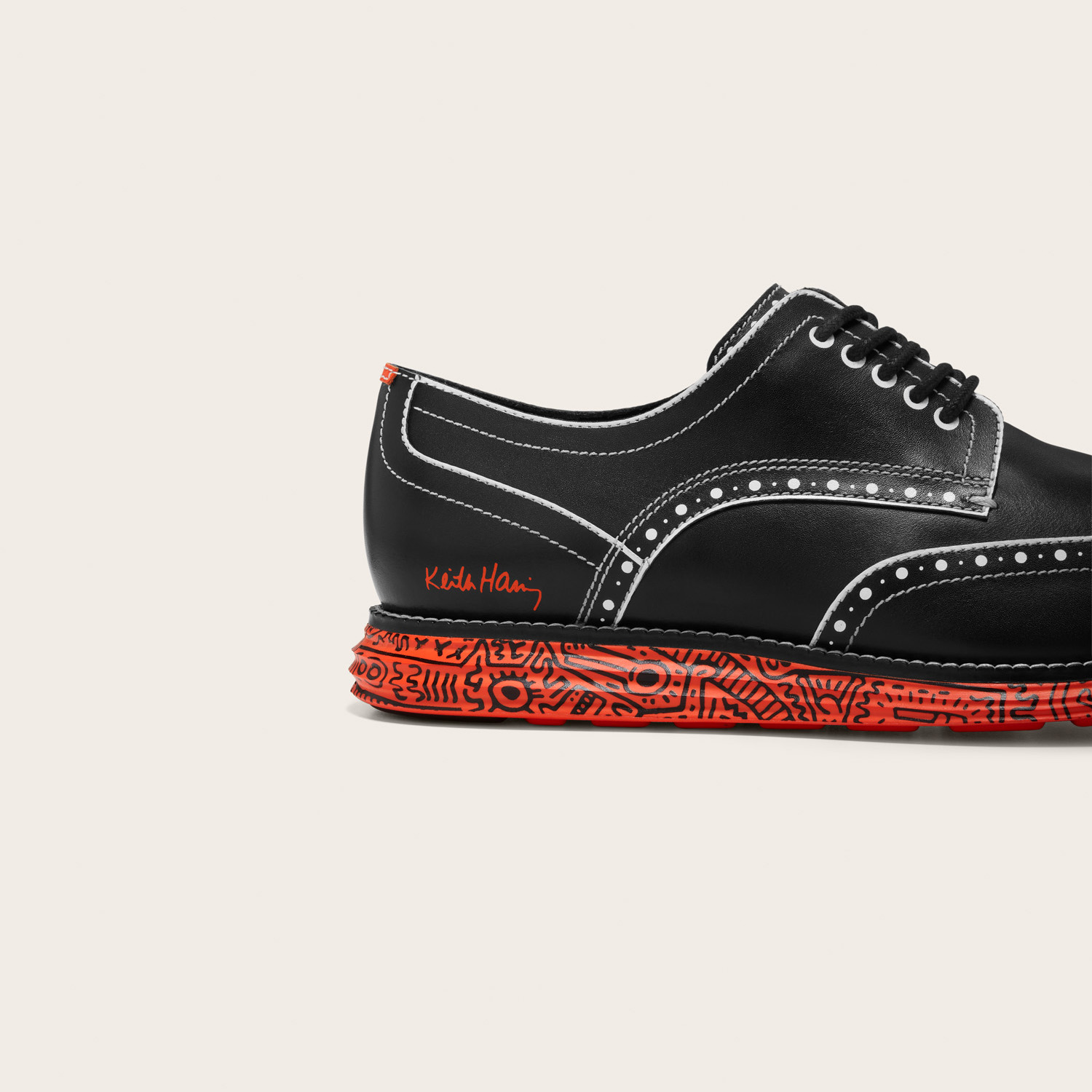 “We really love the designs that Cole Haan developed for this footwear collection,” says Gil Vazquez, Executive Director of the Keith Haring Studio in a press release for the new collection. “The artworks really pop on the iconic shoe styles in a way that makes them instant classics, and a great vehicle to help spread Keith’s empowering, positive message.”

Materials used vary per shoe, but you can expect classic leather materials for a glowing shine and dapper execution to cozy canvas perfect for slipping on and stomping around this summer. The best part? These shoes are instantly recognizable to anybody who knows anything about art, making them a surefire conversation starter. And, of course, any pair from this collection is going to get a compliment or two.

Ready to rock some Haring this summer? Then it’s time to get your hands on the Cole Haan x Keith Haring collection, available online right now at Cole Haan. Styles start at just $100 and head upwards of $180 for a stylish new pair. Shop the entire collection below.