The Converse X John Elliott limited edition collab’s set to drop on Thursday, August 19, 2021, at 11 AM EDT, and we have good news and bad news for ya. The good news is that John Elliot’s version of Converse’s Skidgrip is the perfect blend of both brands; they’re lust-worthy and easy-to-wear with anything sneakers that reflect Elliot’s aesthetic. The bad news is that they’ll probably sell out quickly. Priced at $130, you’ll either want to press purchase as soon as they’re officially available. 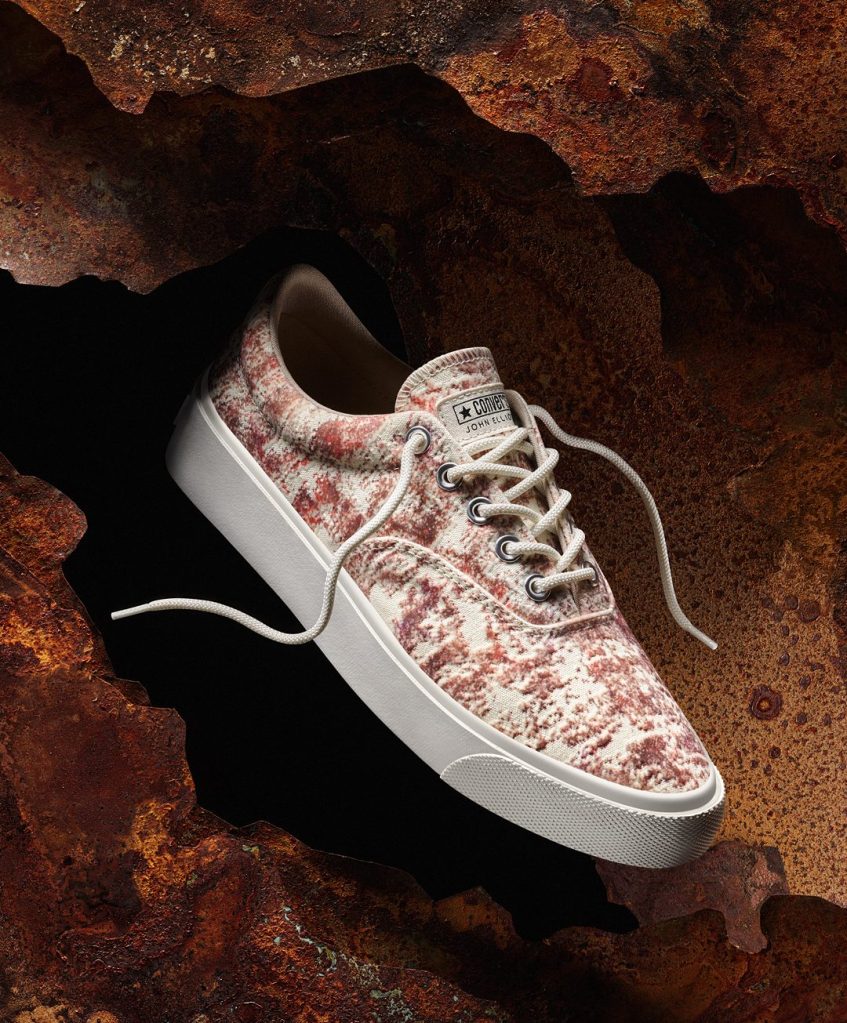 Fashion designer John Elliott is among the leading designers in the New American Sportwear wave that’s riding across the fashion world right now. Elliott has reinvigorated menswear (and womenswear) with a blend of skate/streetwear that’s touched with luxe fabrics and just-right styling. Slipping on one of his hoodies or sweatpants, and you’re enveloped with a deep sense of satisfaction. Some people have dubbed Elliott the “King of Chill,” due to his knack for creating clothing that you never want to take off. You can even catch his famous sweats in Space Jam. 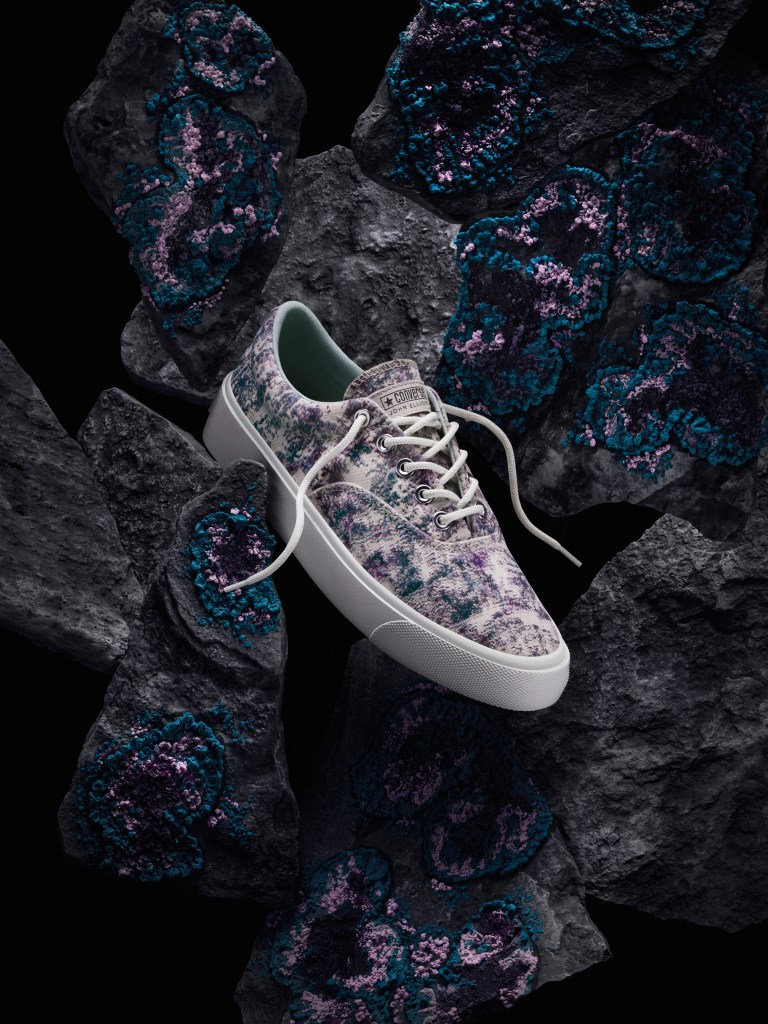 When Converse and John Elliott came together to design the perfect sneaker of the moment, they settled on Converse’s Skidgrip sneaker. Debuting back in 1910 as the Converse Circular Vamp Oxford (dare you to say that three times fast), by the 60s, it had involved into lace-up a non-slip soled sneaker that was poised to take over the streets. And when skate culture was born in the 80s, that shoe was the shoe. BMX riders and surfers also fell in love with the sneaker, it really was the one. “I discovered the Skidgrip like any kid in California through skating early in my childhood. It’s a silhouette that’s iconic to our surf and skate culture, “ stated Elliott in a press release. He continued, “As a skate shoe, it was instantly recognizable for the authenticity it held. The Skidgrip is an important shoe in culture for skate and in representing California.” Last year, the Skidgrip had some minor retooling done; it now has a 30-degree sloping midsole and a double collar soft collar for improved stance and performance.

Now Elliott made The Converse X John Elliott Skidgrip even cooler and seriously eye-catching with a flocked canvas print that echoes the growth and decay in nature, which in turn references Elliot’s textile patterns. It comes in two aptly named colors: Lichen and Rust. The canvas goes through two printing processes to achieve an organic aged patina. The Converse X John Elliott Skidgrip also sports nickel lace eyelets, a co-branded sock liner, two sets of laces, Converse’s signature smooth midsole, and a herringbone outsole. BTW, this is a unisex sneaker, so you might want to keep your Converse X John Elliott sneakers either hidden or locked up … for its own safety. 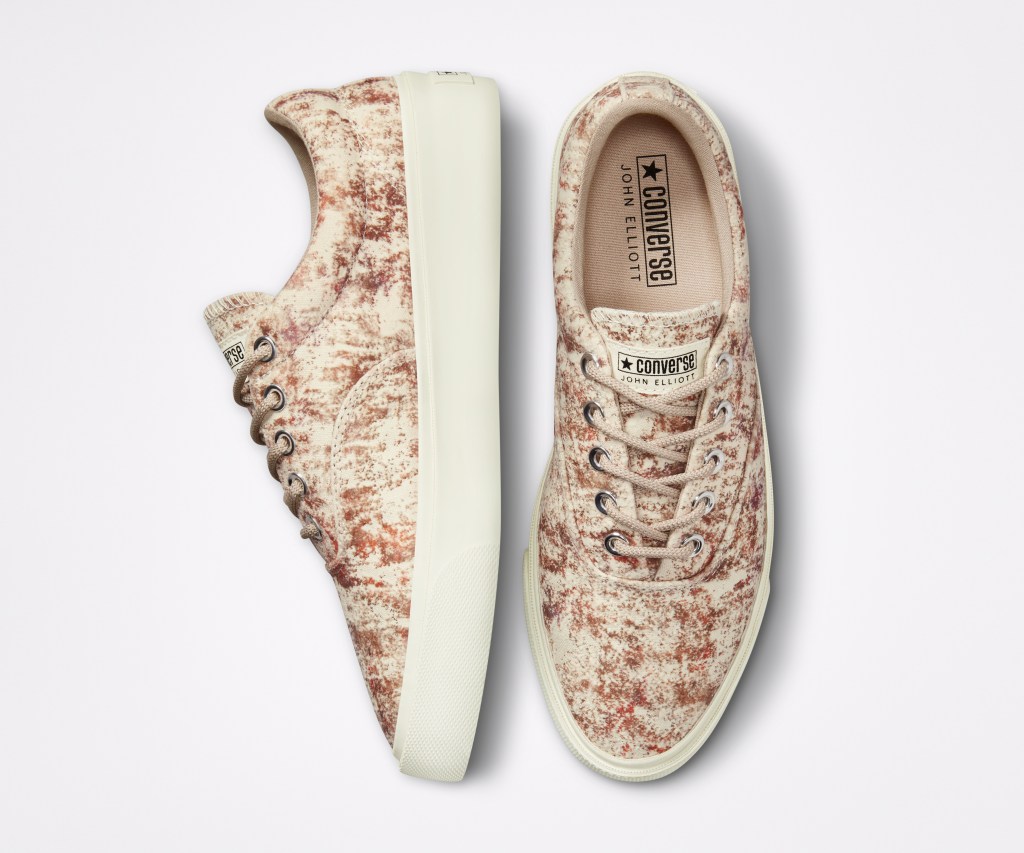 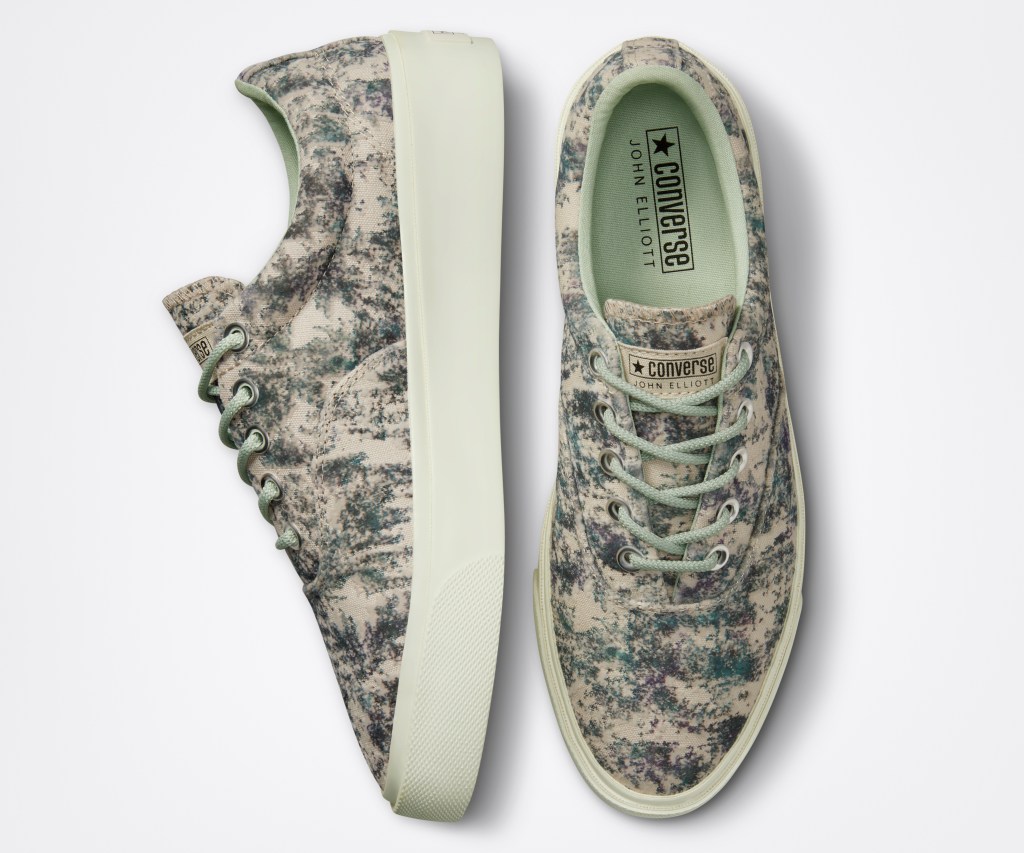 You can buy the Converse X John Elliott Skidgrip sneaker on Thursday, August 19, 2021, at 8 AM PST / 11 AM EST online at Converse.com, JohnElliott.com, John Elliott stores and select retail partners.

Auction Block: Four Years Later, The Adidas x Hender Scheme Collab Is Still Unlike Any Other