Another plus regarding splurging on designer underwear for men is that they’re made with top-quality cotton and other materials, meaning they’ll last a long time. And if you’re dropping some serious cash on a pair of briefs or boxers, it’d be nice if they lasted longer than your latest Netflix binge, right? Right.

We found designer underwear for men that range from reasonable and beyond. Scroll through to see what cool items designers have crafted for spring and summer 2021.

If you’re going to treat yourself to a pair of designer underwear for men in a really big way, you cannot go wrong with this pair of leopard print boxers from Tom Ford. Made from silk with a touch of stretch, these boxers have a satin finish for extra luster. The elasticated waistband is black and is emblazoned with the designer’s name on front. Accessorize them with a dirty martini.

Guys rave about these designer boxer briefs for their “stay put” power; the legs won’t ride up when moving around. They can be used for working out due to the microfiber’s cooling properties. There’s a supportive pouch, which lessens the need for any adjustments. This three-pack comes in two fun colors (orange and green) and a classic (black) shade. 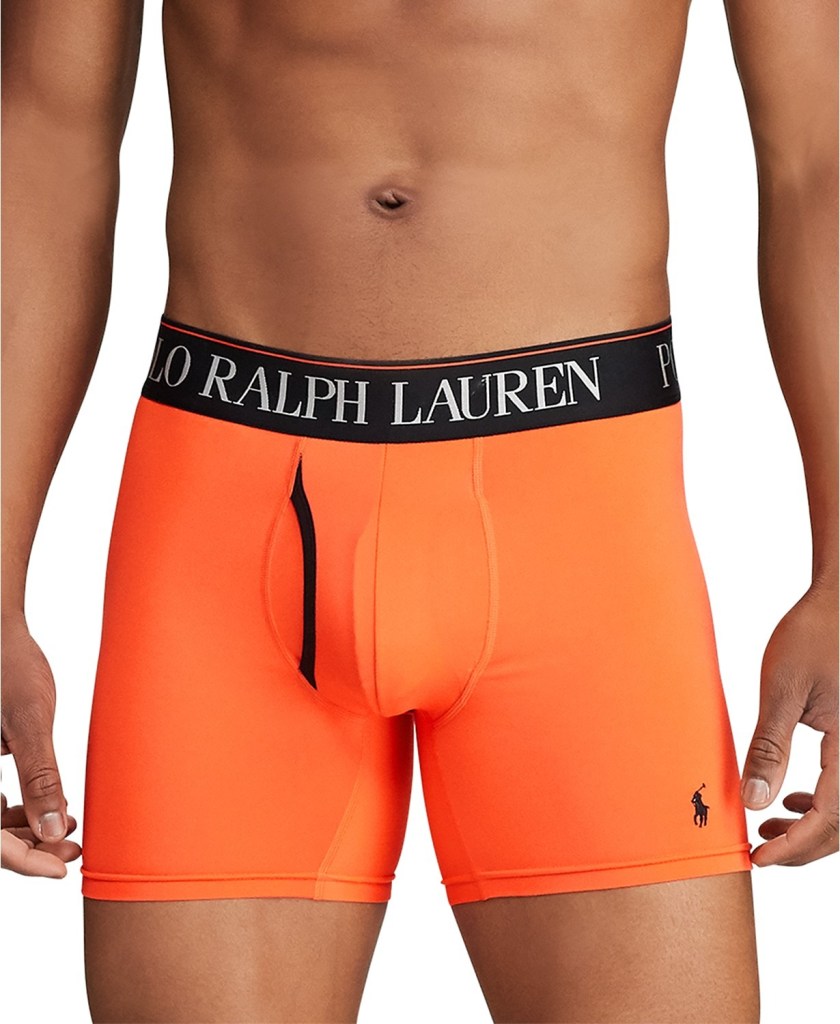 British fashion designer Ben Sherman’s known for his fun sense of color, and he’s offering a four-pack of boxer briefs that breaks down to $6 a pair. This is an incredible deal, as you can’t get the same quality boxer briefs for only $6. Made of microfiber, these boxer briefs have four-way stretch and wick away moisture. Made for comfort, they also have a tagless waistband and a contoured support pouch. Each four-pack comes with one pair of printed boxer briefs and four different solid colors. There are eight different color combinations to choose from. 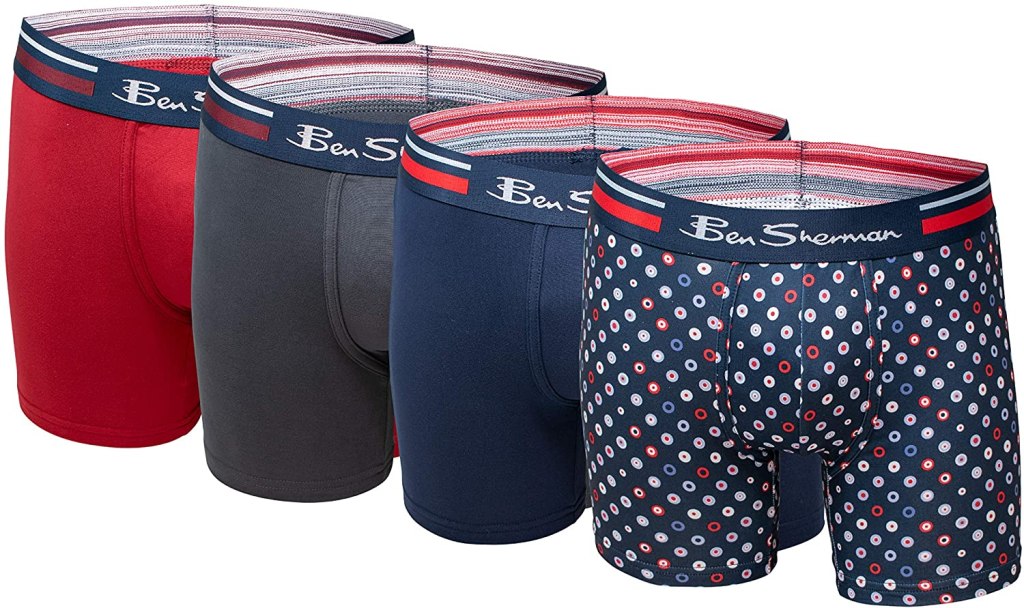 Why did we pick this pair of designer underwear for men as the best pair to wear when the weather looks crappy? Just look at that print! These cheeky, brightly colored octopi are a genuine mood lifter. The low-rise boxers are made with cotton and a touch of stretch. 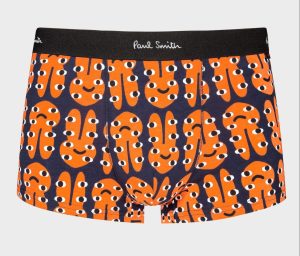 To a lot of guys, when it comes to underwear, especially designer underwear for men, Calvin Klein is G.O.A.T. The brand consistently comes up with boxers and boxer briefs that are comfortable, long-lasting, and are always a touch ahead of the pack. These microfiber boxer briefs won’t crawl up the leg, are breathable, and come in four colors. 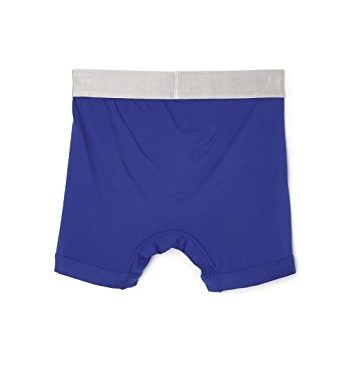 Fashion designer Philipp Plein’s mascot, or rather his brand’s mascot, is the teddy bear. These may be called “briefs,” but they’re more along the lines of a boxer brief. Made of stretch cotton, the legs won’t roll when you walk. They also have a functional fly and a contrast color logo waistband. 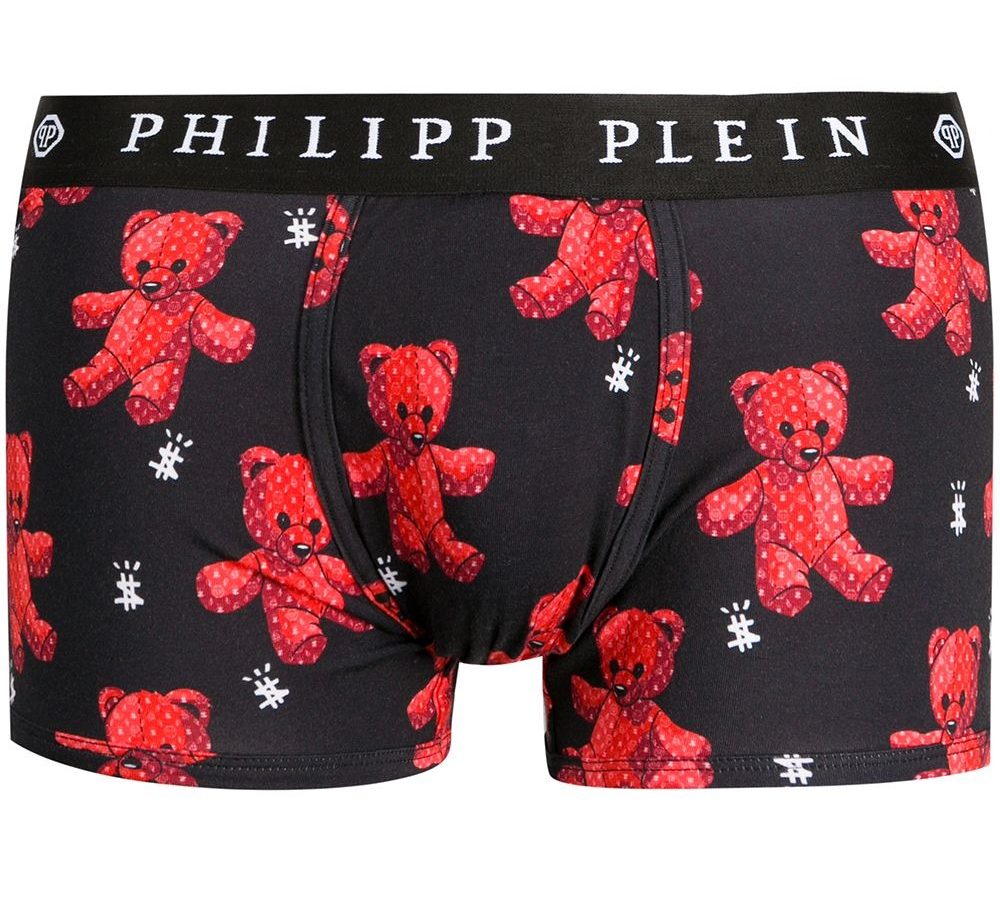 Maybe it’s the color, or the gold design on the waistband, or both, but these made-in-Italy boxer briefs could make you feel like a superhero. Versace used cotton with a touch of stretch, so they mold to your body. 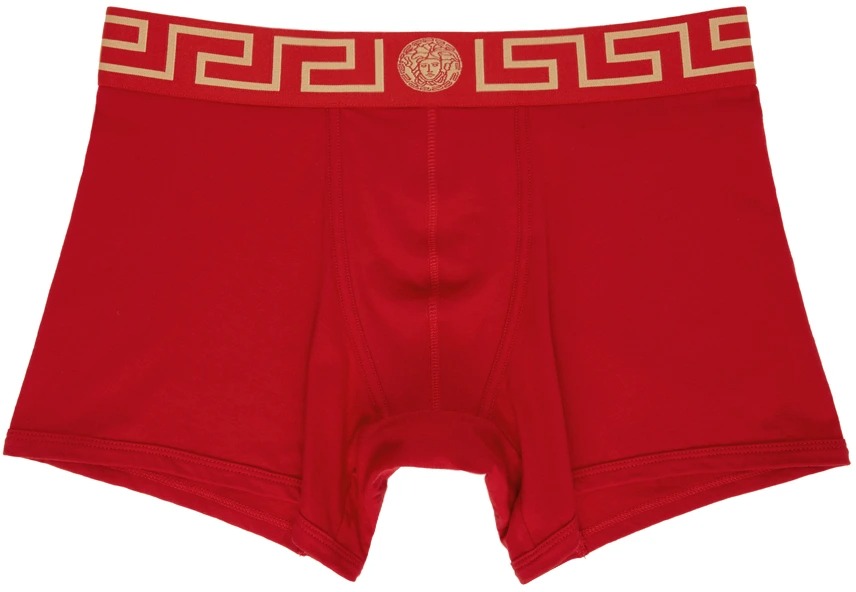 Looking for something to wear under skinny jeans or slim-cut trousers? Try Hugo Boss’ briefs. They’ve got a supportive cut, are made from a breathable cotton stretch blend, and have a contrast color elasticated waistband. 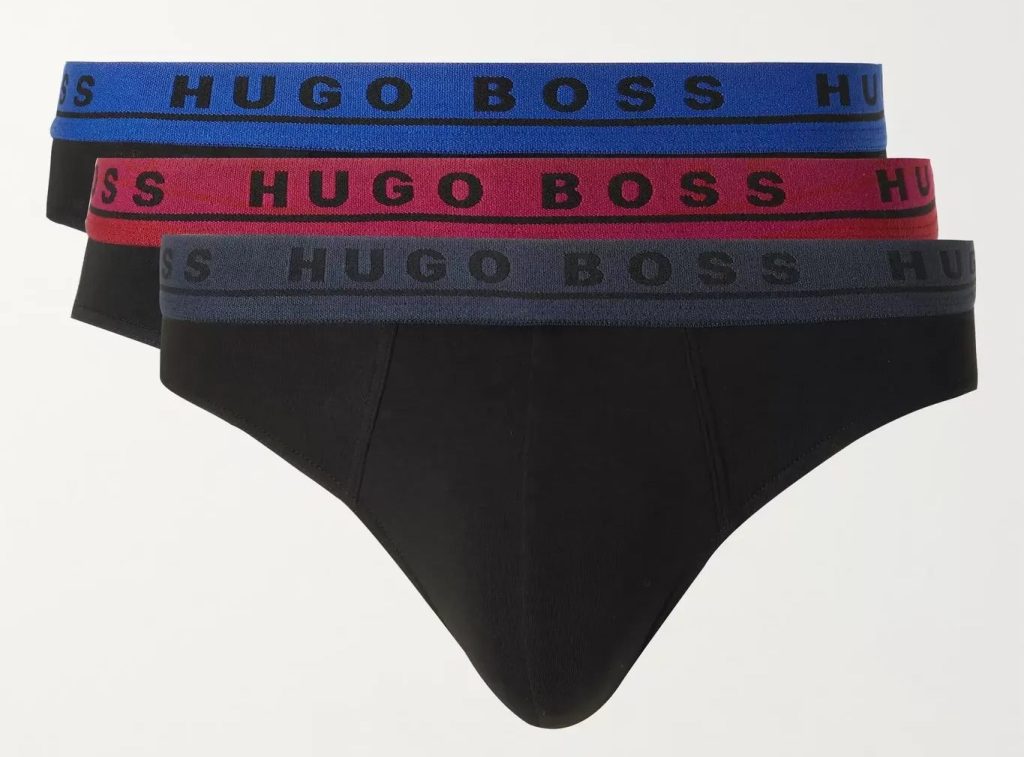 Dolce & Gabbana boxers normally go for $90, right now you can snag these summery printed ones for 40% off. These cotton boxer shorts have a striped elasticated waistband and hot pink seashells that seemingly float over navy and white stripes — very nautical and perfect for the summer. 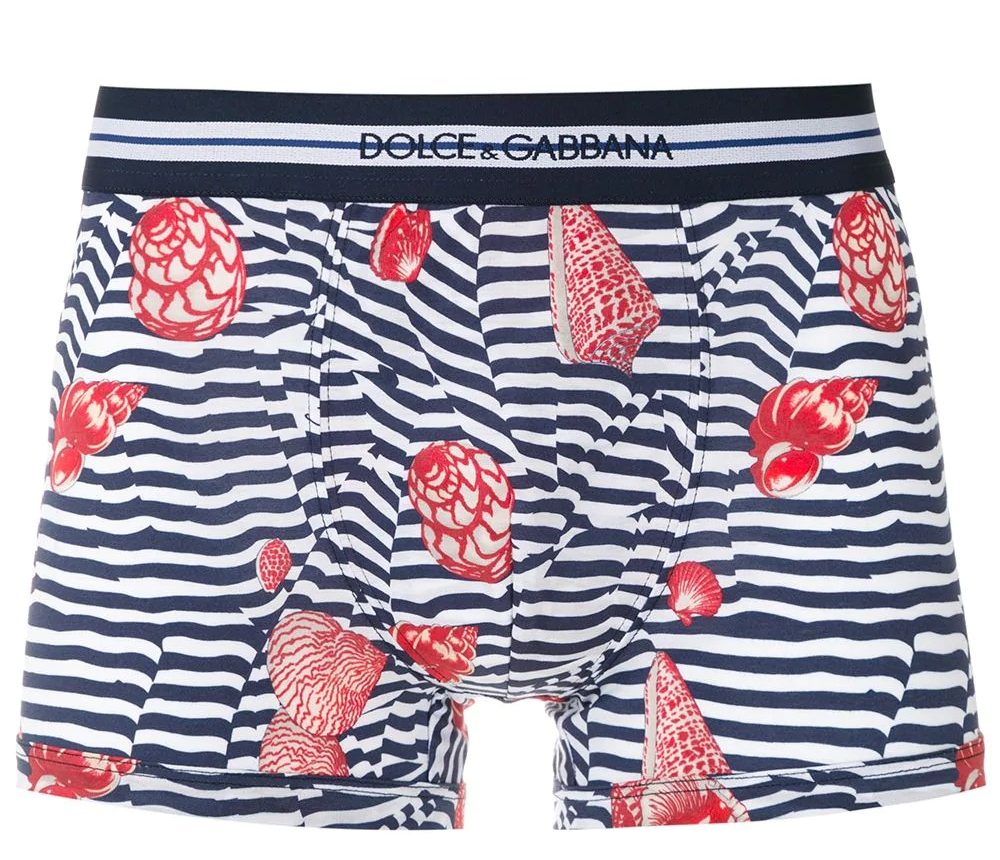 HOTTEST OF THE SEASON

Tom Ford makes it back to this list of best men’s designer underwear because he’s created the hottest print of the season. This retro exploding floral motif print, which also comes in orange, is quickly selling out everywhere. There’s a boxer version, and that’s also flying off digital shelves too. It’s an homage to 60s groovy florals and while retro looking, they’re very modern in construction. These Italian-made briefs have an elasticated logo waistband and are 100% cotton. 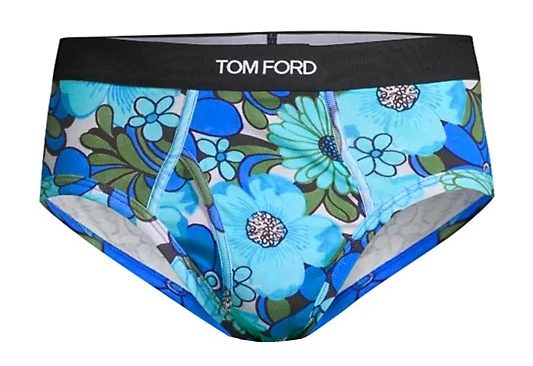 Go Ahead and Dream: The 20 Most Expensive Men’s Watches You Can Buy Online