Dr. Martens is one of those classic brands that has found a way to reinvent itself constantly. While many British brands are inextricably linked to the British elite and upper class, Dr. Martens has always been a brand of the people, of the working class. Seen as a shorthand for punk or grunge, there’s a certain attitude that comes with wearing a pair, making them a fitting canvas to be worn both on runways and by rockstars. In short: they’re the combat boots for everyone.

Now, the brand has a stylish new boot set to be released on November 28 in the middle of the Black Friday shopping insanity. We expect these boots to sell out fast, so mark your calendars and get ready to mash that “Add To Cart” button. Head to the Dr. Martens website to sign up for updates.

The story of Dr. Martens as we know it started as a collaboration between bootmaker brand Griggs and the titular Dr. Klaus Maertens. Maertens was recovering from a broken foot and developed a boot with an air-cushioned sole, which gained massive popularity in Munich where the Doctor was stationed. Word eventually got back to the Griggs brand, which then acquired the license. The resulting product was the first Dr. Martens boot as we know it: the 1460. With its eight eyelet design, yellow stitching, comfy sole, and iconic heel loop, a classic was born. And now, 60 years later, it continues to find new generations to embrace it.

In honor of this tremendous occasion, the brand has been doing a series of collaborations throughout the year on the 1460s. Partners for the 1460 Remasted line have included both beloved mainstream and lesser-known brands like Needles, Marc Jacobs, Undercover and even Raf Simons. But the brand has saved one of its best collaborations for (almost) last. The penultimate 1460 collab is with the Japanese brand WTAPS.

Pronounced “double-taps,” WTAPS is heavily inspired by military-wear (WTAPS line of military jackets, most notably its M-65s, are arguably the best version of that famed silhouette) and has been both adopted and influenced by its own set of subcultures. In that way, the brand is a perfect partner for Dr. Martens. And, man, is the result something else. 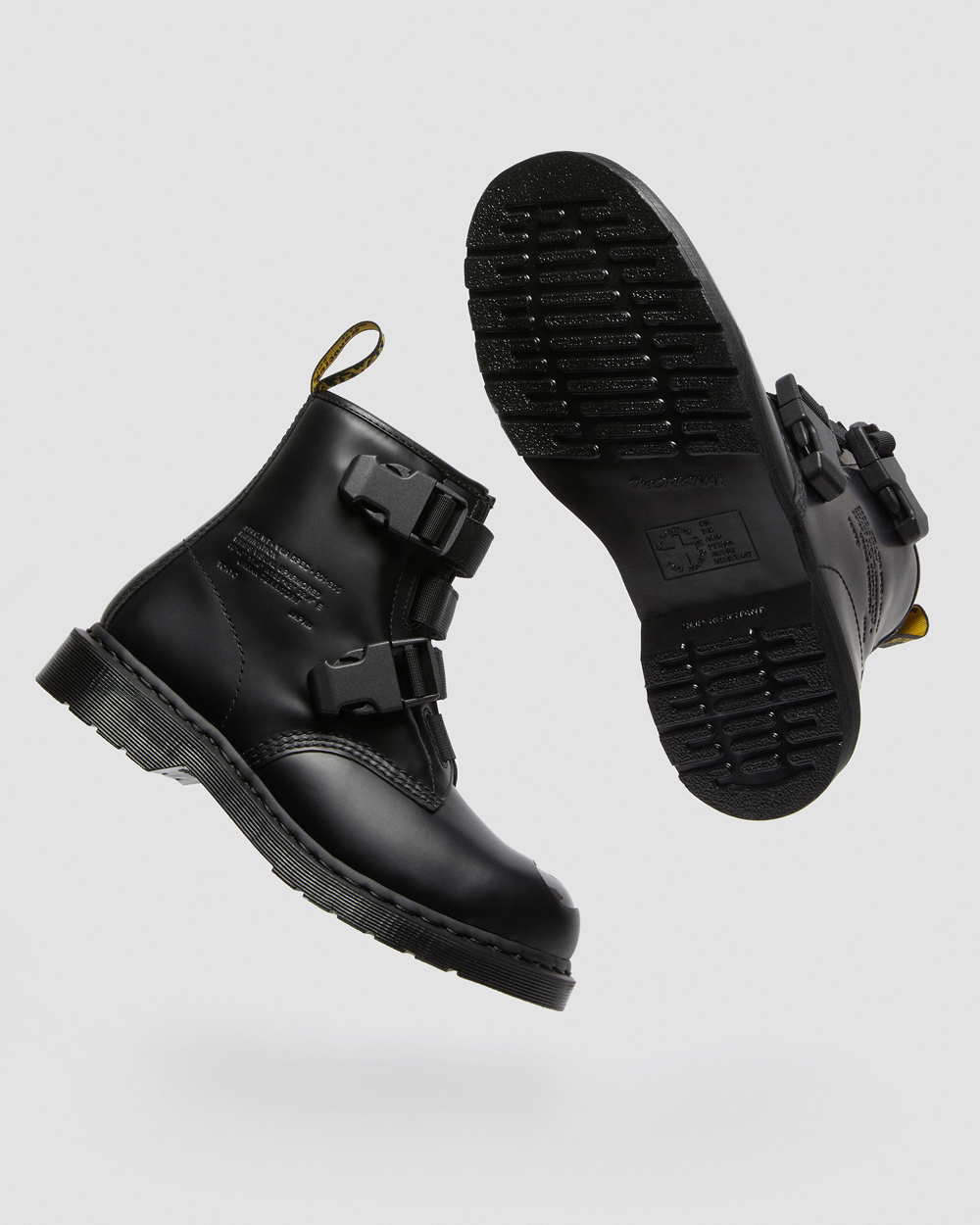 The WTAPS boot leans heavily into the workwear origins. A steel toe (!) is bolstered by the brand’s easy on and off buckle fastenings in a nod to the overall utilitarian design of so much of WTAPS’ work. The boots have other features like 100% nylon webbing and even (in a first for Martens) a print of the coordinates to WTAPS’ Tokyko store on the leather itself. The result is immediately striking, as an already hefty, rugged boot becomes doubly so.

Collaborations are always tough because it’s easy to lose the spirit of what makes both brands special in the process. That’s not the case here, as both forces have joined together to make something that’s really unique and interesting. The 1460 Remastered is truly that: a classic given an entirely new lease of life thanks to WTAPS. It’s a boot that Dr. Klaus Maertens might not have imagined ever existing — but one that feels like a part of the foundation he created over 60 years ago.

If you can’t tell, we’re excited about this release. Those looking to get their hands on their own pair will have a chance on November 28 when the boots release on Dr. Martens’ website. We have a feeling they’re going to move fast, so prepare accordingly. 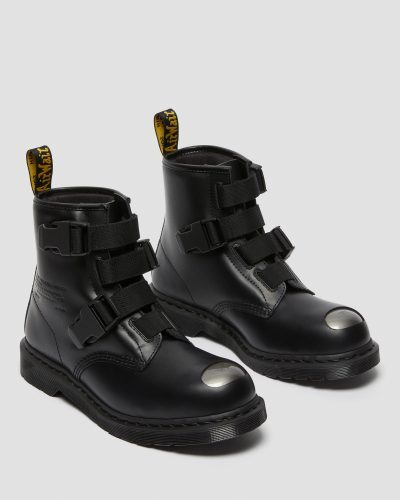 An Ode to the Carhartt Beanie, the Winter Hat of 2020