April 24th marks the fourth anniversary of the Rana Plaza disaster, the day more than 1100 people were killed and many more injured when a clothing factory collapsed in Dhaka, Bangladesh.

The day also marks the commencement of Fashion Revolution Week, which runs April 24-30. Started as a one-day remembrance of the Rana Plaza collapse, Fashion Revolution Week has grown into a “global movement calling for greater transparency, sustainability and ethics in the fashion industry,” says the organization.

From April 24-30, Fashion Revolution will promote the #whomademyclothes campaign. It calls upon consumers to ask the question: Who made the clothing that I’m wearing right now?

Events will be held around the world to raise awareness and demand positive changes in the apparel supply chain. Brescia, Italy will host an event titled, “Ethics & Aesthetics.” Fashion Revolution Day ATX, meantime, will be held in Austin, TX and encourage participants to “think about the impact of what they wear and call on stakeholders in the fashion supply chain… to address exploitation and environmental causes through more transparent practices.” Other events will be held in the United Kingdom, Belgium, New Zealand, Brazil, Poland and South Africa.

The campaign also calls upon consumers to take action. The official site provides an online petition so that people can contact brands directly to thank the people who make their clothes and let brands know they care about ethical production. 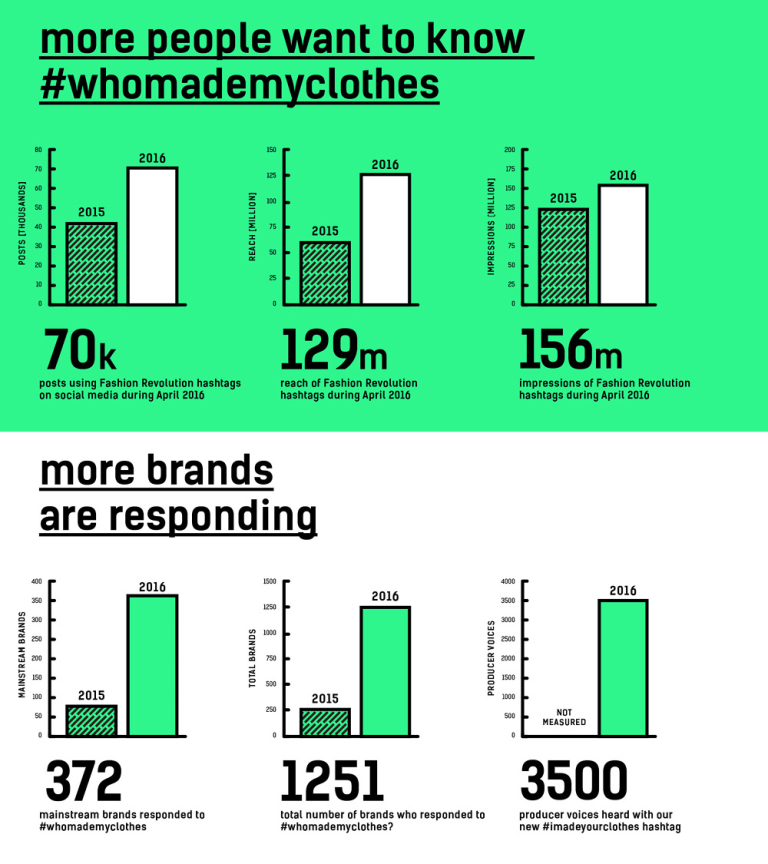