Legendary perfume artisan Frédéric Malle has teamed up with the iconic fashion designer Alber Elbaz, creating an elegant new women’s fragrance called “Superstitious.” Elbaz designed for french house Lanvin from 2001 to 2015 but since his departure from the house, the designer’s career has been notably quiet — until now.

Superstitious was inspired by “the lingering scent left behind after a woman leaves the room.” Malle, who is the grandson of Parfums Christian Dior founder Serge Heftler-Louiche, launched his own fragrance line in 2000. 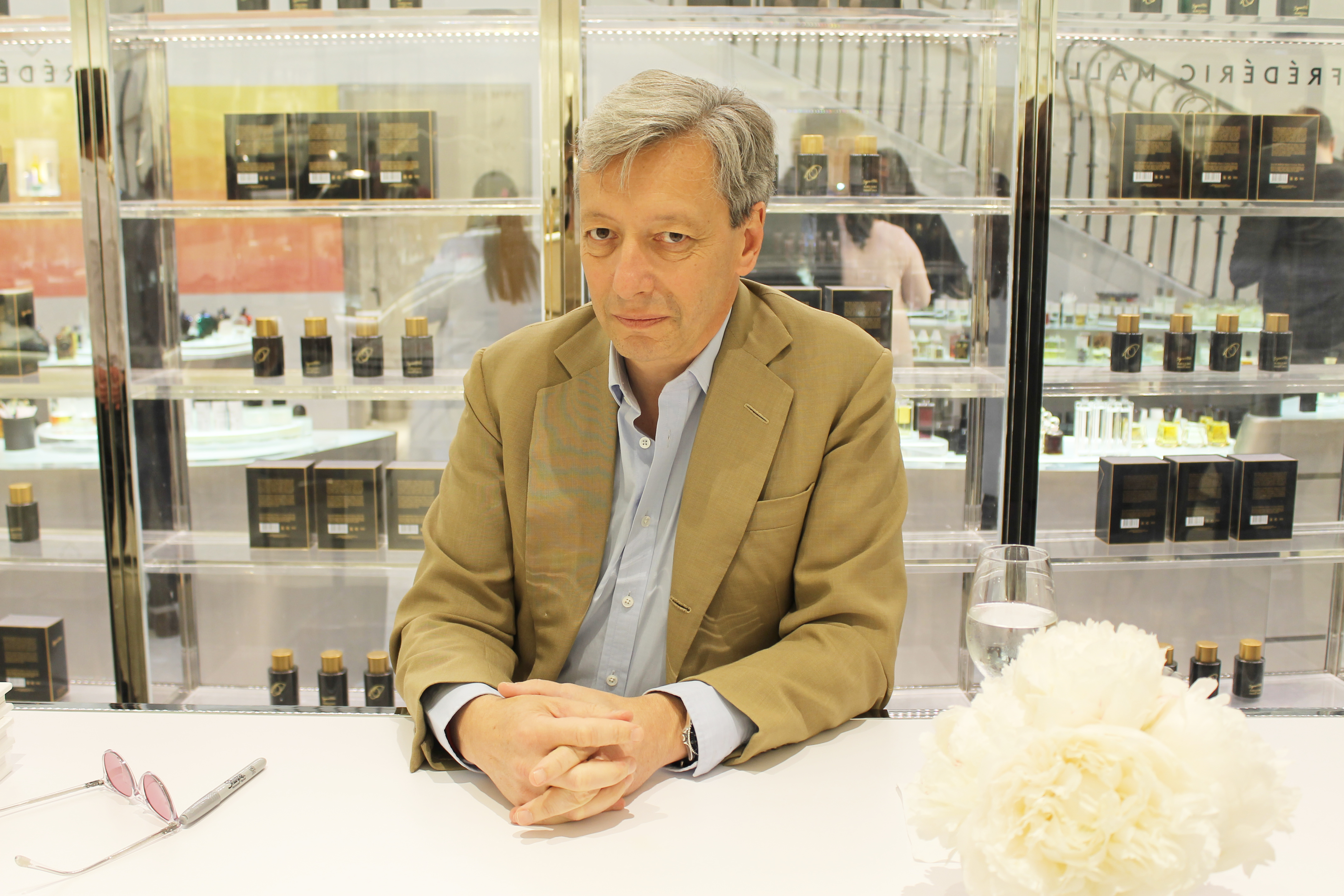 Malle personally approached Elbaz about the perfume collaboration, spawned by his admiration for the designer. Elbaz also admits to being a fan of the perfumer, but was initially reluctant about making a fragrance with Malle. “I didn’t know if the word ‘collaboration’ was right for me. And then in the end it wasn’t a collaboration, it was the result of friendship and love and respect,” Elbaz told Vogue UK.

Barneys New York celebrated the launch of the collaboration fragrance with an event earlier this month at their Beverly Hills location. Malle attended the event, discussing his latest fragrance release and signing copies of his book, “On Perfume Making.”

The new fragrance features a sophisticated note profile with fruity and woodsy notes, adding a modern touch to a floral classic. The fragrance has a base of sandalwood, vetiver and musk, giving it a sultry, grown-up appeal. Top notes of peach skin, Turkish rose and jasmine soften the flavor, with a subtle sweetness that balances the fragrance’s varying notes beautifully.

The sleek black and gold packaging maintains Malle’s signature minimalist aesthetic with a touch of Elbaz, whose abstract sketch of a perfume bottle is emblazoned on the front. Originally, Malle drew the sketch of the eye, but Elbaz disapproved and drew up three sketches as alternatives, with the second being the winning match.

While design didn’t always yield agreeing view between the two, one point of instant agreement was the title of the scent. “The word ‘superstitious’ was the starting point of it all, something we agreed upon immediately. We are both superstitious,” Elbaz said. Let this lovely fragrance be your signature scent and good luck charm this season.