* The best picks from GAP’s new line of retro Tees
* Jurassic Park, Michael Jackson, Iggy Pop and more
* Vintage style that goes with everything in 2018

Vintage tees were a big trend in 2017, they’ll continue to be well into 2018. To get in on all of the action, GAP just released a curated collection of retro tees that feature a variety of iconic movies and musicians from the 80s and 90s. Below are five of our top picks from the new collection.

Jurassic Park was a 90s icon, but it has even more significance today with the hugely successful Jurassic World and upcoming sequel, Jurassic World: Fallen Kingdom. GAP’s t-shirt is great because it features a simple white background with the classically recognizable Jurassic Park logo front and center. 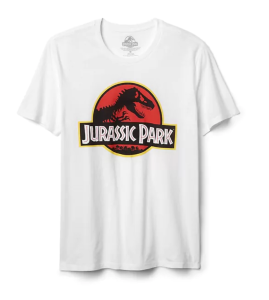 A vintage Michael Jackson t-shirt is hard to get wrong, but we really like GAP’s rendition. It features a bold graphic featuring MJ’s signature toe-stand and colors that are eye-catching, but still decidedly vintage-inspired. 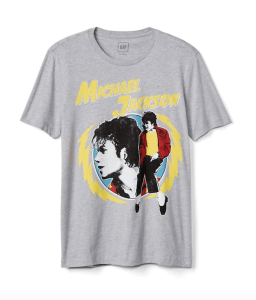 This Iggy Pop t-shirt features the legendary rockstar’s name, and the signature jaguar motif he wore on his jacket. It’s especially cool at this moment in fashion, with the animal motif trend that Gucci started last year. This means you can wear it like a rockstar and always look great. 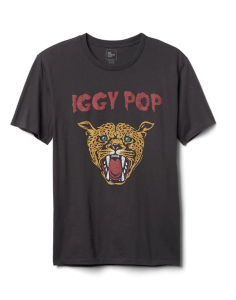 If you were a fan of George Michael (…and who wasn’t?), this T-shirt is a great way to celebrate his memory and upgrade your vintage tee game. It features the iconic album cover from Make it Big, one of his breakthrough records with Wham!. 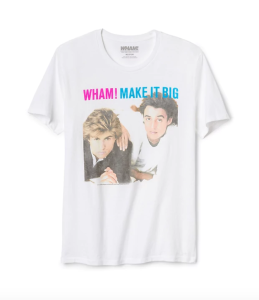 This long-sleeve Nasa t-shirt does a great job of combining a vintage feel with some modern touches. It features enough graphics and text to be a stand-alone statement piece, but its wearable color palette make it highly versatile as well. 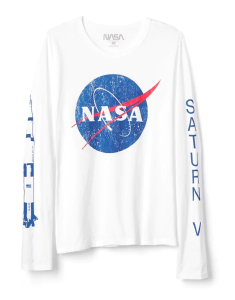