* Givenchy shares first look at upcoming childrenswear collection
* The Fall/Winter 2017 collection will launch July
* Collection will include 130 pieces — 60 for girls, 40 for boys and 30 for babies

Childrenswear is having a major moment in fashion right now. But never has mini-me dressing been this cool — until now. Givenchy has announced it will be launching a collection of childrenswear for Fall/Winter 2017 and shared a first look at the collection in an exclusive feature with BoF this morning. This will be the first time in the house’s history to offer clothing for children, with the exception of ex-creative director Ricardo Tisci’s exclusive designs for his friend Kim Kardashian’s daughter, North West.

CEO Philippe Fortunato told BoF that the new collection was conceived out of a response to persistent requests for children’s clothing from celebrity clients. The ultimate goal of the new collection is to expand their demographic to a wider audience, but to also satisfy the changing needs of their existing clientele. Fortunado told BoF, “You definitely have some existing customers wanting to have their kids wearing a similar outfit and then you’ll also have some people coming for the first time, like for gifting. The two are well interlinked.” 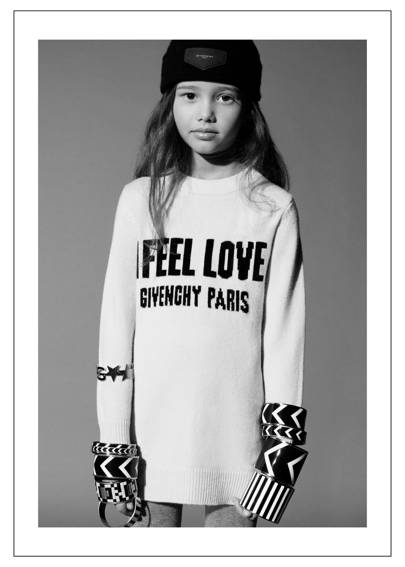 Launching this July, the impressive 130-piece collection will feature miniature versions of some of Givenchy’s best-selling pieces, including street-style inspired pieces like joggers, verbiage t-shirts and bomber jackets. It will also include a variety of “couture looks,” designed for special occasions.

The children’s line will be available for sale this July at over 150 Givenchy retail stores. Givenchy plans to continue with bi-annual collections for the youngsters. The new marketing goals and childrenswear addition comes along with the label’s new creative director, Clare Waight Keller. 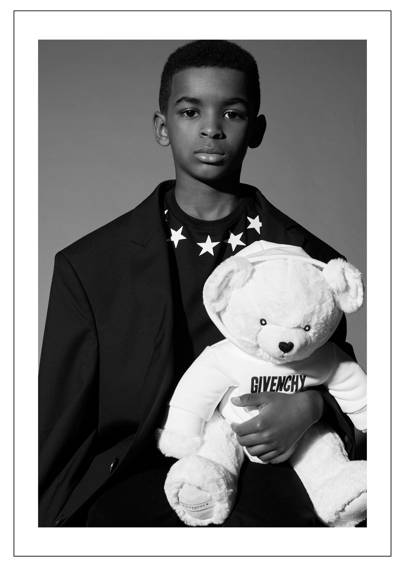