The luxury sportswear mashups have taken center stage over the past couple of years, and the recent Gucci x Adidas sneak peek further proves that the trend shows no sign of stopping anytime soon. While there are many to note, such as The North Face, Air Jordan and Ellesse, it seems that no one has mastered the hybrid phenomenon better than Adidas, with the brand recently pairing up with the likes of fashion houses such as Prada, Balenciaga and Gucci.

This latest Gucci x Adidas collaboration takes Adidas’s three-stripe Gazelle design to new heights, featuring chunk platform bottoms in orange, yellow, and blue stripes. Offered in two brilliant designs, one pair of the new Gucci x Adidas Gazelle sneakers arrive in a luxe red velvet with white stripes, while the other features Gucci’s iconic monogram patterns in a golden hue with white stripes and blue accents. While these shoes are officially made in women’s sizes, we can definitely see adventurous guys wearing these as well, although men with larger feet will be out of luck.

However, the upcoming Gucci x Adidas Gazelle drop also includes sneakers for men, although without the eye-catching platform. We’ve been obsessed with the colorful Gucci x Adidas Gazelle Low-Top Sneakers ever since they first appeared in the Gucci x Adidas lookbook, and they’ll be arriving soon in gold, blue and yellow and red colorways. Like the platform Gazelles, these low-top men’s sneakers will also be released on July 28. If you’re interested in ordering a pair, check the links below and be ready to break out your credit card when the time comes.

They haven’t even been released yet and already we can tell you these will be some of the best new sneakers of 2022. 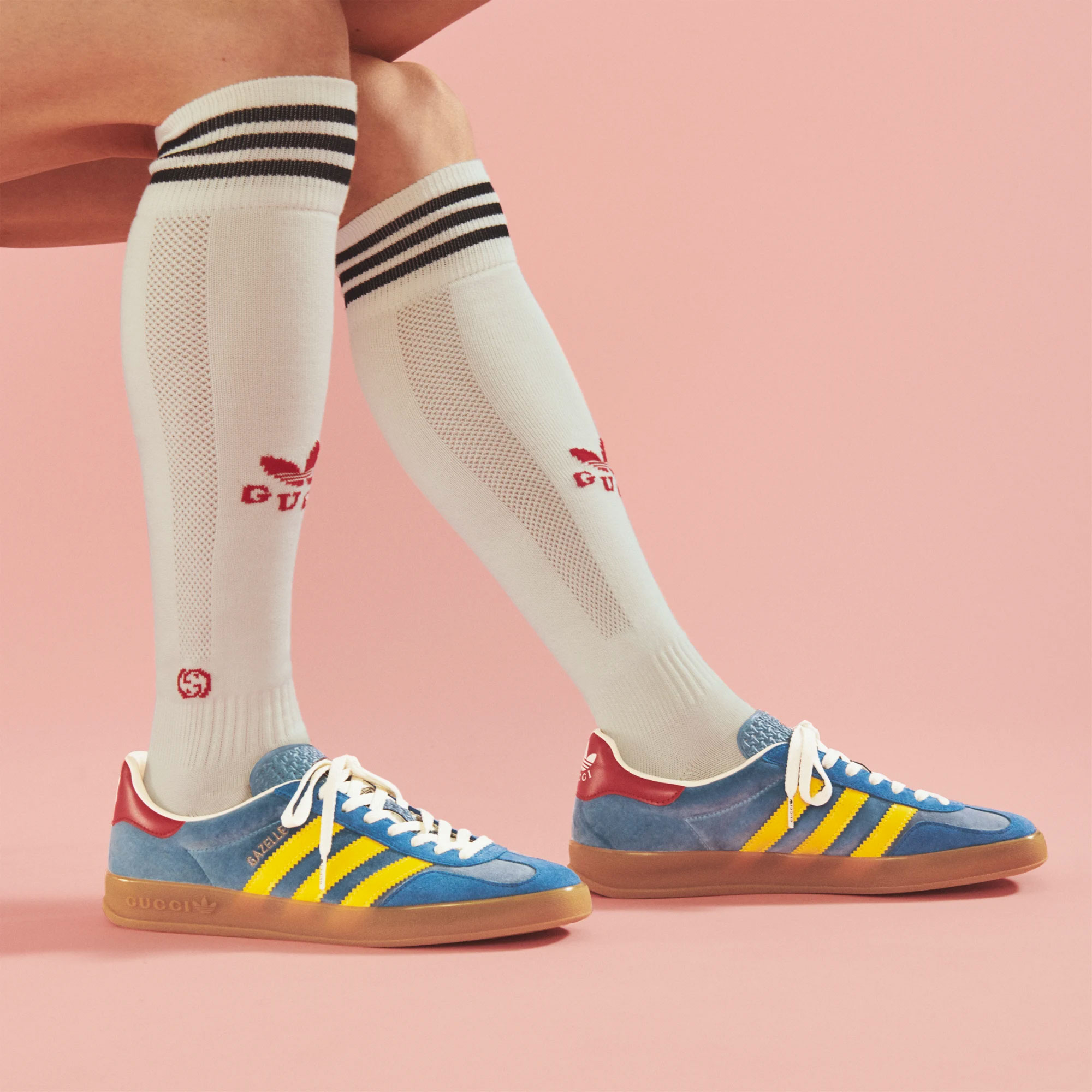 This latest release, which arrives as an add-on to the highly anticipated Gucci x Adidas collection released earlier this summer, originally included a wide range of pieces, including everything from hoodies and tracksuits to skirts, pants, and dresses. The collab was rounded out with bags and accessories such as the Gucci Marmont belt, which also got a redo complete with highlights from Adidas.

The campaign for this collection was notably chock-full of vibrant colors and silhouettes that feel like a merger of “nostalgia-driven and contemporary,” according to Gucci’s site. At first glance, it’s easy to feel the ’70s- and ’80s-inspired vibes.

The brainchild of Creative Director Alessandro Michele, who took over at Gucci in 2015, these latest pairings appear to be breathing new life into Gucci and its presence within millennial and Gen Z culture. Over the past year, the brand has also merged designs with other noteworthy and widely recognizable brands such as MLB, Disney and others.

This new Gucci x Adidas Gazelle release is set to drop at 10 a.m. EST via adidas.com on July 28. Take a look at the new silhouettes below. 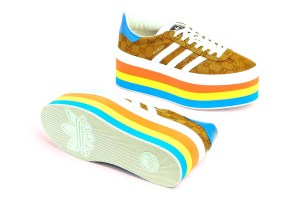 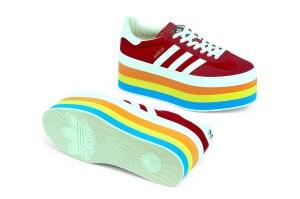 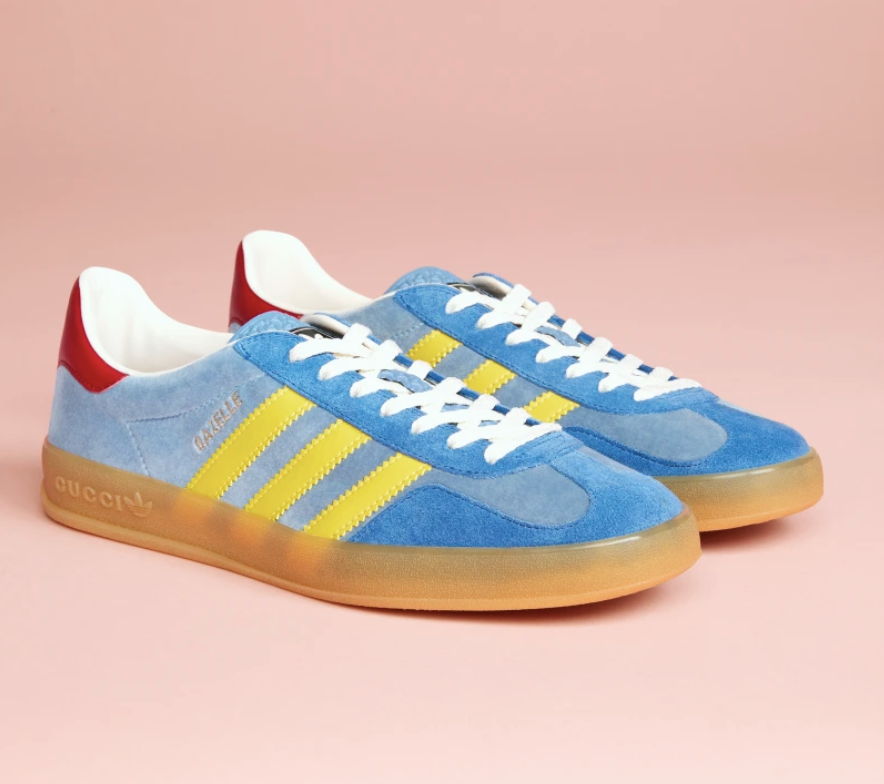 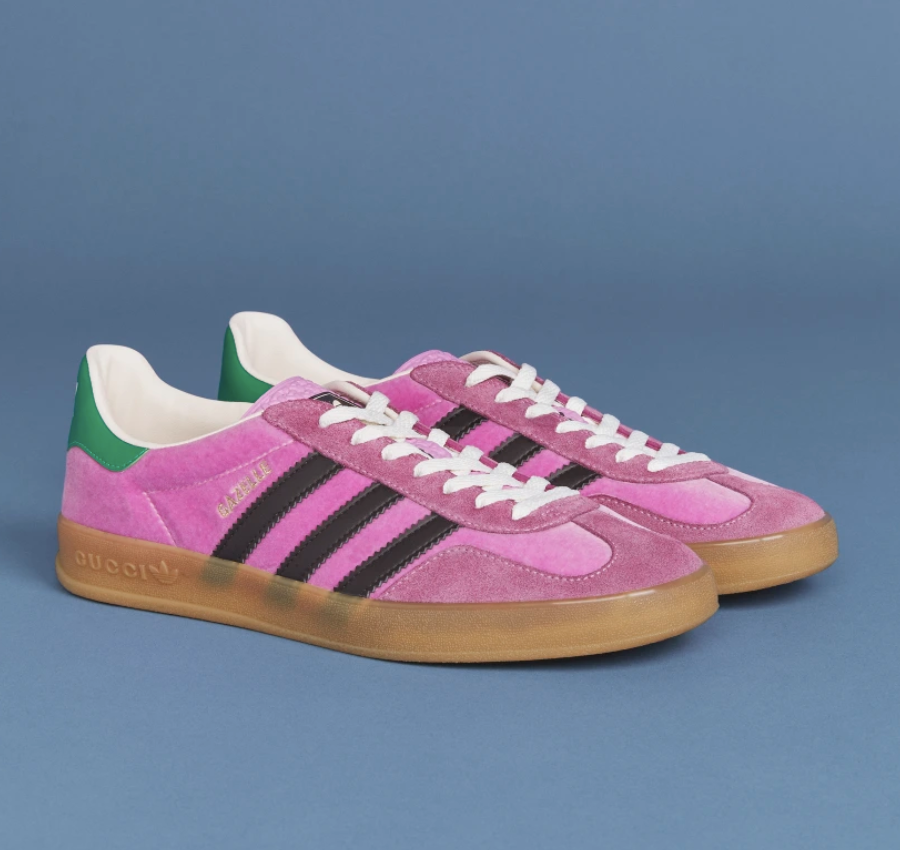