Gucci and Major League Baseball are joining forces to create their very own collection of hats, jackets and other gear that luxury sports enthusiasts are sure to love.

Gucci recently announced the collaboration on their website, vault.gucci.com, sharing that they will release the capsule collection on Friday, April 22, 2022. Right now, interested buyers can sign up for access to the new collection exclusively on Gucci’s Vault concept site.

In the video, you can see a series of stoic models dropping these pieces onto the ground as we catch a small glimpse of what’s to come.

Gucci and the MLB: A History

While it may feel like a collaboration that’s totally out of left field, this release will actually be the second time Gucci has given the MLB a high-fashion makeover. The relationship between Gucci Creative Director Alessandro Michele and Major League Baseball has been brewing for quite a few years. Gucci debuted its first MLB pairings during its Fall/Winter 2018 runway show, which featured a chic collection of coats, hats and accessories with similar MLB insignia. This was later followed up with a limited-edition New York Yankee capsule collection in 2019. 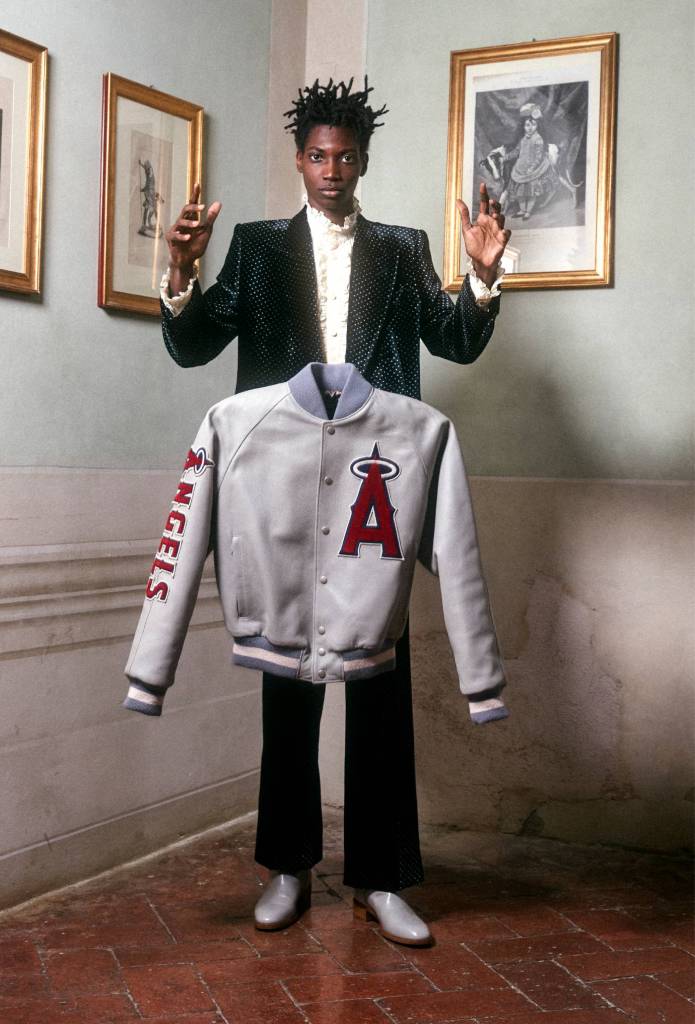 The partnership is a culmination of Michele’s love for MLB and Gucci, rolled into one collection. The Italian designer has been frequently spotted rocking baseball caps, typically New York Yankees hats — which seems to be his favorite accessory over the past few years. And there’s no doubt that he’ll have a few tricks up his sleeve when it comes to this upcoming debut since the pairing falls right in line with Michele’s recent vision to merge luxury goods and sportswear as evidenced by the successful Gucci x The North Face and Gucci x Adidas collaborations released this past year.

If this collection is anywhere as popular as those, be prepared to see a lot of Gucci Yankee’s caps when you’re out and about this summer.