We’ve seen plenty of sneakers lately with a two-tone or color blocking theme but none quite like this pair from They New York. If you fall into the camp that only wears white, black and/or grey, you’re simply going to love these two-tone low top sneakers in a grey and white suede pattern.

As the name would imply, the Manhattan-based unisex footwear line, They New York, was started by three friends with over 30 years of “family expertise” in the Japanese footwear scene and a shared interest in sneakers. Inspired by German Bauhaus and modern Japanese design and architecture, the two distinct but equally minimalist philosophies meld into They’s sublime combination of hues, shape and space. Think Common Projects, but with a twist. 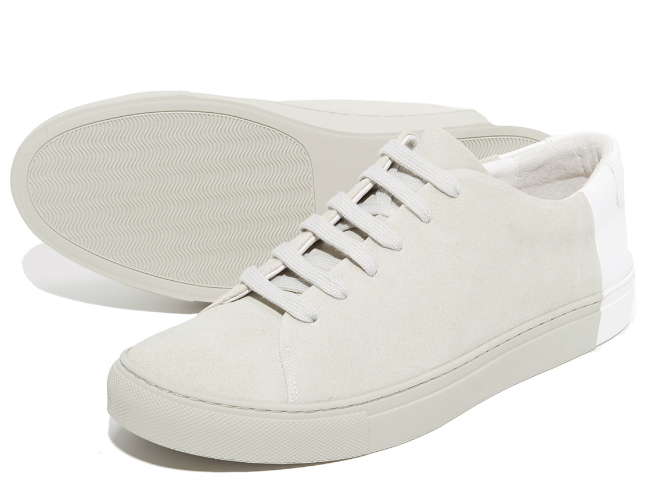 What makes They stand out from the rest isn’t so much the design as it is the way they were actually designed. Unlike traditional shoemaking practices where the uppers and soles are created separately and then joined together later, They’s custom made two-tone rubber soles are joined by hand with the uppers to ensure a seamless fit and uniform alignment.

This particular pair comes in a grey suede and white Nappa leather construction with ample padding around the ankles and arched insoles for added comfort. If your wardrobe is mostly monochromatic and you’re in search of sneakers to fit that style, these are for you.