* For Love & Lemons has reinvented the corset for everyday wear
* Kim Kardashian, Kelly Brook and Ellie Goulding have been spotted wearing the brand
* Wear this corset belt over a sundress for a fashionable, spring look

When you hear the word “corset,” you probably think of two things: first, you might imagine the corsets worn as undergarments throughout history. Popularized in the 16th century and worn until the beginning of the 20th century, women would don the medieval contraptions, pulled tight by strings down the back, in order to tighten their waists and give them a nice, hourglass figure. 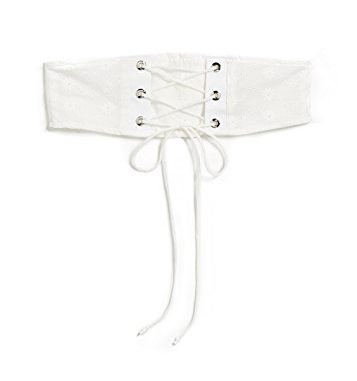 Next, you might think of corsets as lingerie or the brief 2010s fashion trend of the corset top. The idea that corsets might be fashionable has never been forgotten. While many have tried, no one company has successfully updated the corset for everyday wear – until now. 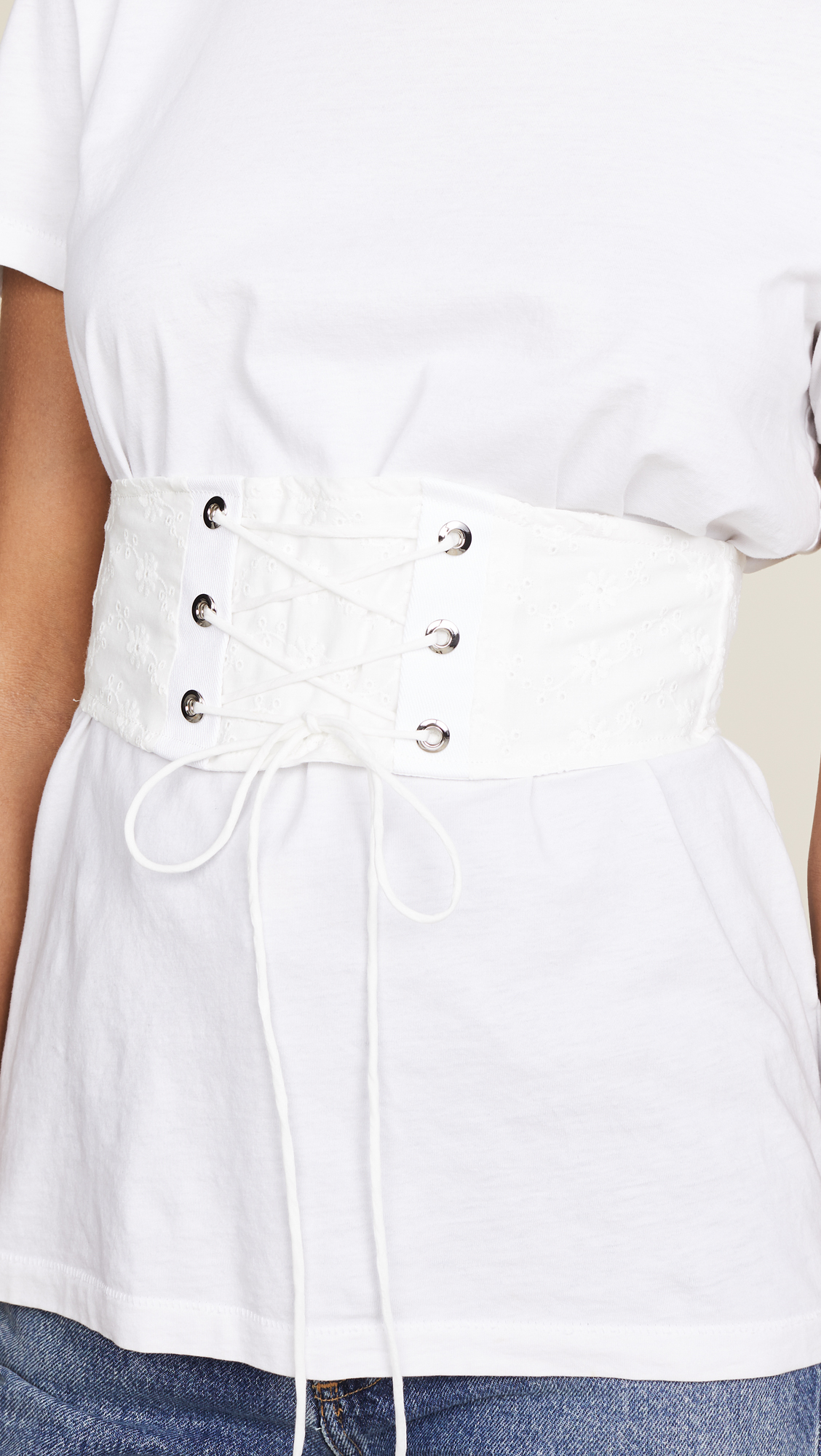 For Love & Lemons was created by Gillian Mahin and Laura Hall, designers and childhood friends from Wyoming. With a combination of childhood playfulness and a sexy edge, their fashionable wears work for both extreme trendsetters and sophisticated entrepreneurs.

In the past two years, the brand has become an ‘it’ label for celebrities, yet it remains affordable enough for the general populous. Ellie Goulding, Taylor Swift, Kim Kardashian and many more celebs have been seen sporting For Love & Lemons pieces.

While the brand’s style may not scream “corset,” Mahin and Hall began to build their lifestyle label in LA with a line of knitwear and lingerie. This combined with their sweet yet sexy style lent itself perfectly to designing an everyday wear corset. And the Poppy Corset Belt is just one example in a range of corset products offered by For Love & Lemons.

The dainty belt is feminine in a way normal belts can’t be. The white denim paneling and silver grommets combine with the lace-up front to create an eye-catching piece that will blend with your summer wardrobe. Layer it over a sundress for a more traditional, girly outfit. Alternatively, wear it over a button-down shirt for a fashion forward move that all your friends will envy. What’s old is new again and this time, there’s no right or wrong way to wear it.