* IKEA’s 99-cent FRAKTA bag is fashion’s latest trend
* After Balenciaga’s look-alike release, many other IKEA-inspired items are popping up
* From underwear to dog’s apparel, this trend is everywhere

When Balenciaga released their Arena Extra Large Shopper Tote Bag as a part of their Men’s Spring 2017 collection, the internet couldn’t help but point out the luxury bag’s striking resemblance to the FRAKTA shopping bag by Scandinavian furniture superstore IKEA. Balenciaga’s now sold-out dupe retailed for a whopping $2,145 while the original FRAKTA will set you back just $0.99. The bag caused quite a stir, even prompting IKEA to release a playful advert addressing the Balenciaga copycat. 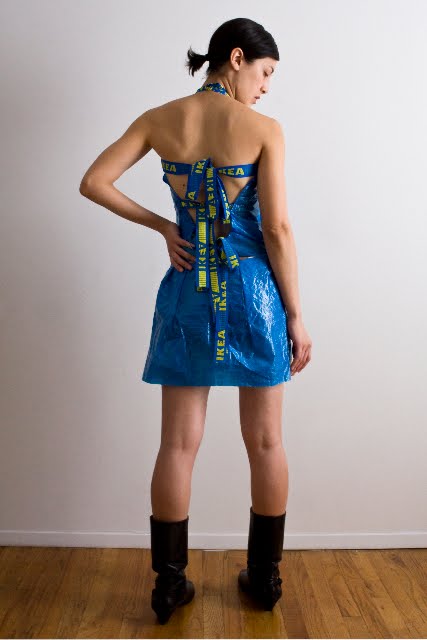 But this isn’t the first time the iconic FRAKTA bag has been re-envisioned into apparel. Back in 2010, clothing designer Adriana Valdez Young created a fitted mini dress out of the tote featuring a tie back detail (photo above). In 2012, visual artist Ida-Marie Cornell designed a very voluminous gown composed of 500 units of the bag for an installation piece. After a brief hiatus, the FRAKTA tote is back on trend thanks to Balanciaga’s buzzy release.

Now, the bright-blue polyurethane bag is making appearances in a variety of different apparel genres – spanning from footwear to lingerie. Here are the best ones we’ve spied so far. 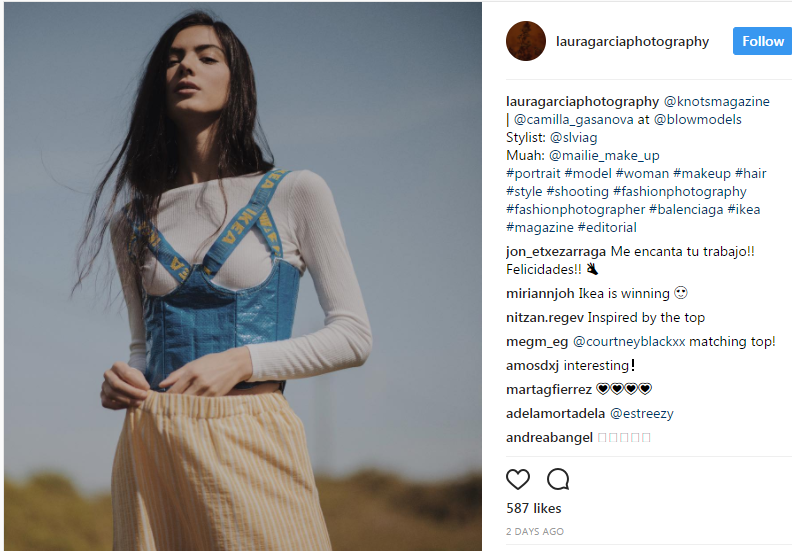 This lingerie-inspired take on the bag looks well, rather uncomfortable, but it certainly gets points for its innovation. 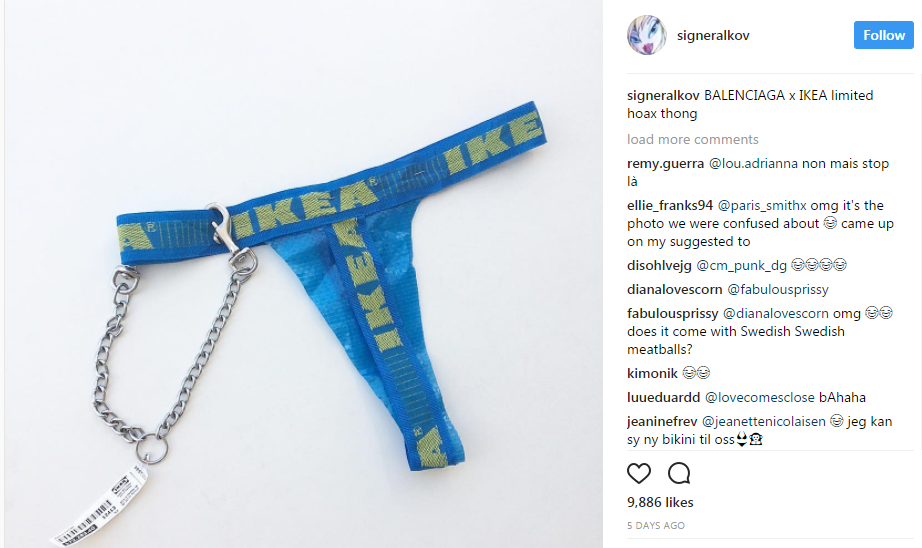 This on-trend jewelry piece takes the choker to a whole new level, with an advanced addition of the silver ring in the center and a Velcro-closure. 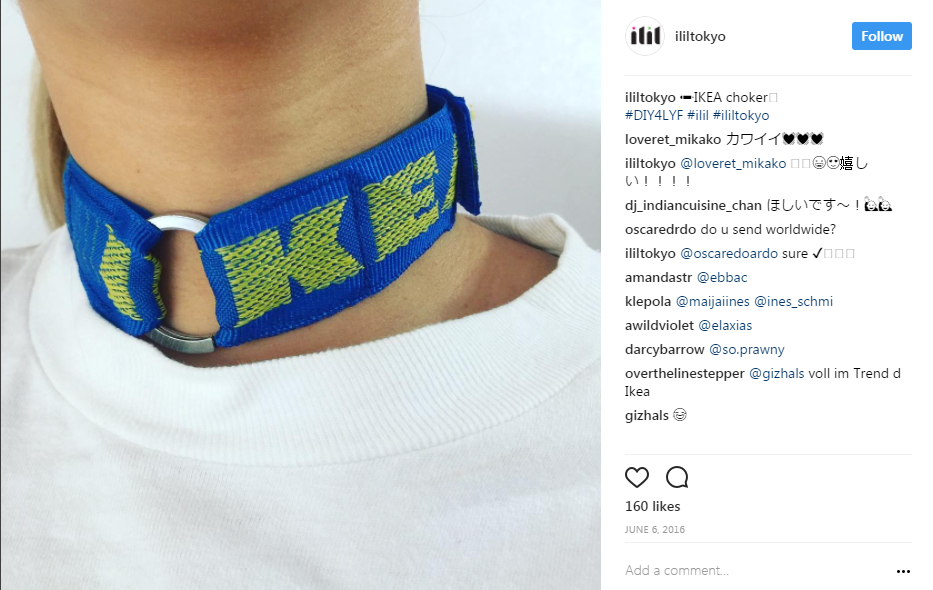 Sneaker heads and footwear aficionados needn’t worry. The trend has indeed, made its way to the footwear world with this avant-garde inspired take on the trend. 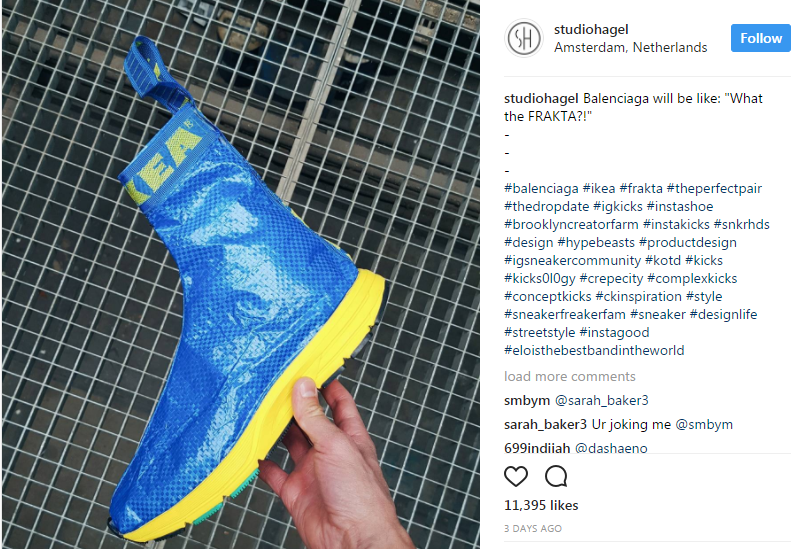 Furry friends aren’t left out on fashion’s latest obsession either. This versatile piece double as a dog holder and stylish jacket for your pup. 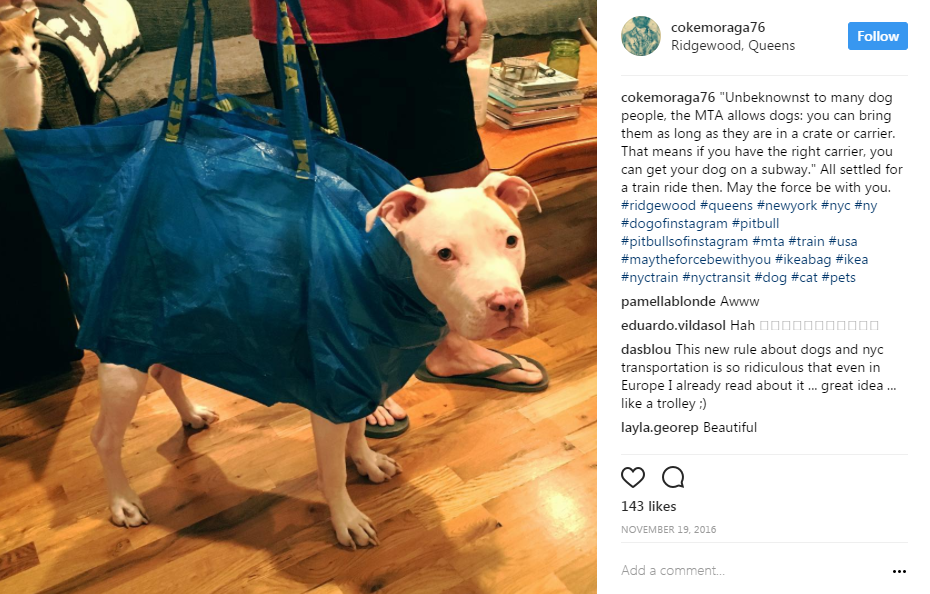