Butterfly clips here, low-rise jeans there: nostalgia for the early 2000s continues to dictate the runways of high fashion. Consumers are drinking from a well of Missy Elliot and Paris Hilton references. Luxury clothing brands like Bluemarine, a womenswear brand whose DNA is born out of this aesthetic, are newly popular, while brands like Miu Miu are embracing this aesthetic. Lizzo, Kim Kardashian, Dua Lip and Rihanna are turning back the fashion clock to the Bush years. Could it be due to a longing for simpler times, a time when NFTs and the metaverse weren’t the talks of the town? Or is it simply the inevitable consequence of the 80s and 90s fashion revivals?

But while Y2K is one of the top womenswear trends of 2022, the Y2K menswear picture seems to be a little murkier. As young people in the Gen Z cohort start dressing for summer, is the Y2K trend finally coming for menswear?

“We are certainly seeing a few parallels in the menswear space,” stylist and fashion editor, Michael Philouze tells SPY.com. “It’s just different. When I think of menswear in the early 2000s, I immediately think of Hedi Slimane and Raf Simons — the kings of that time.”

In the early 2000s, Slimane reigned over the iconic rockstar aesthetic at the fashion house, Dior Homme. Bedraggled hair, androgyny, and razor slim skinny jeans were synonymous with his vision. Simons, on the other hand, championed youth and subculture through his own brand, Raf Simons. His nod to the rebellious spirit of the times is still referenced by designers of today. Kanye West even noted that his first Yeezy collection took inspiration from Simons’. “The boom of Prada Sport, the label that merged sportswear with high-fashion, played a large role in the early 2000s, too,” Philouze adds on.

Of course, high fashion is one thing; the actual clothing men wore in the aughts is another. It was the era of Total Request Live and the boy band phenomenon. It was also the era of privileged white kids dressing like their favorite rappers, popped collars, frosted tips, regrettable cargo shorts, and Ed Hardy — not exactly the trends fashion dreams are made of. 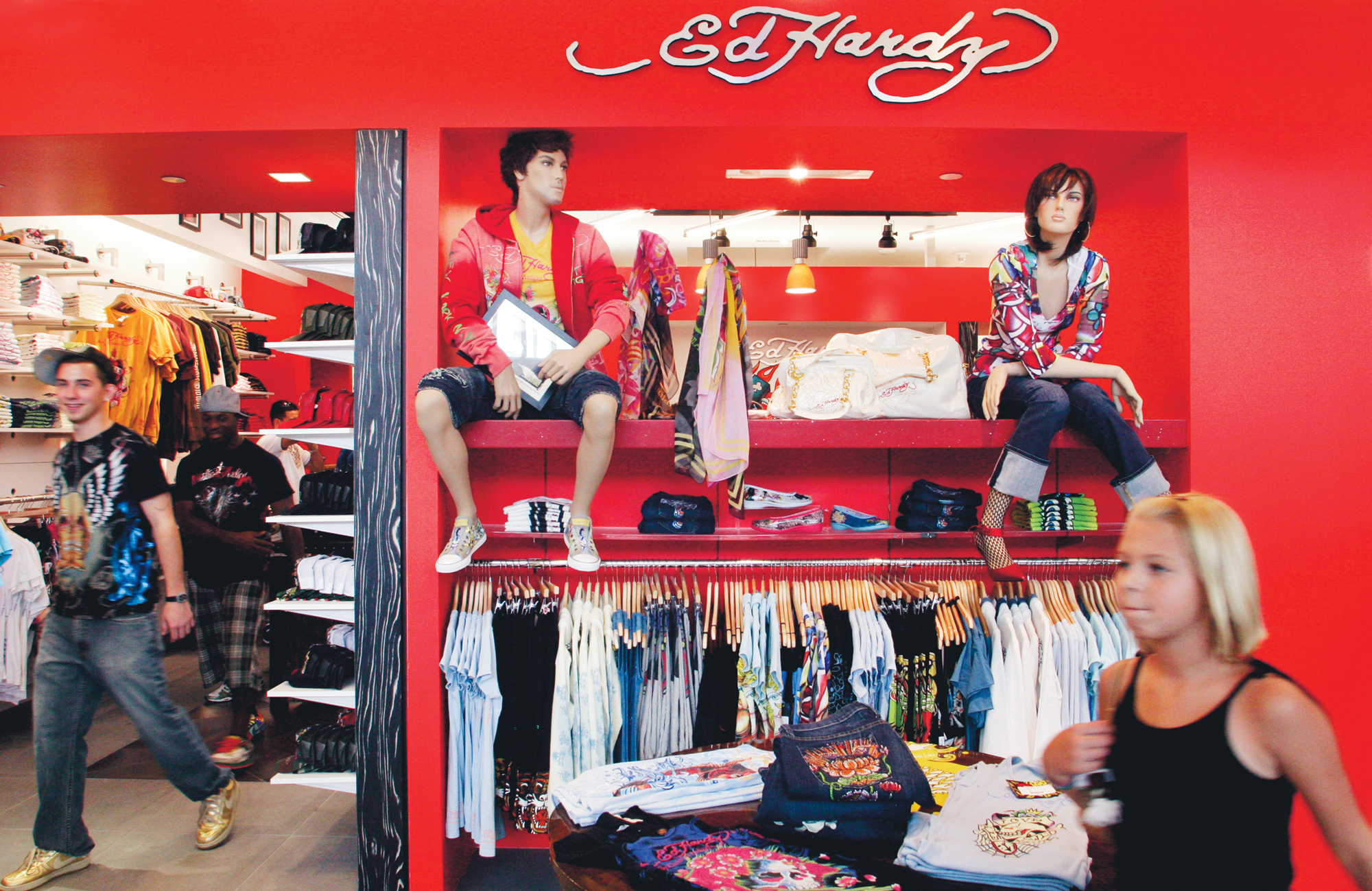 An interior view of an Ed Hardy store, circa 2008 COPYRIGHT 2008 FAIRCHILD FASHION GROUP. ALL RIGHTS RESERVED.

So, where does this translate twenty years later?

As Philouze suggests, the Y2k trend for menswear is a bit more elusive, perhaps, even abstract, compared to the Y2K influence on womenswear. For starters, hints of youth culture are certainly spread throughout the recent fall and winter collections. The aforementioned Miu Miu recently relaunched their menswear collection, which is filled with nods to the youth culture of both the early 2000s and internet fashion trends of today. It’s a “boy next door” look, as Philouze calls it.

The Y2K influences on menswear we’re seeing in 2022 are more subtle. Short shorts (most definitely not a genuine Y2K trend, as men were pretty homophobic back then and avoided anything even remotely feminine) trotted down the runway alongside leather pants you might have seen 2000-era Justin Timberlake wear. And, sportswear continues to dominate the runway; Prada continues to reign and designer Craig Green offers an otherworldly interpretation of tactical wear.

Androgyny, which was en vogue on the runways of 2000 if not popular culture, is once again one of the driving forces of menswear today. So much so that emerging menswear designers, such as New York City’s A. Potts and Private Policy have ditched gendered labels and are classified as “genderless” brands. Both designers are only but two examples out of many that are interested in creating beautiful and exciting unisex clothing. Though this might not necessarily be a direct nod to Slimane’s Y2k rock and roller at Dior Homme, the eagerness to blur the lines between masculine and feminine silhouettes is certainly on-trend once more in the high fashion world. 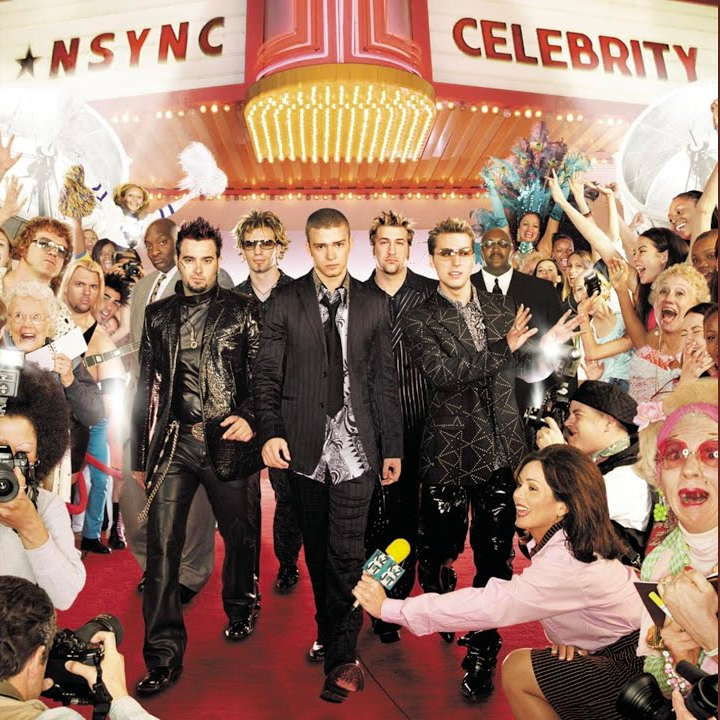 The album cover for Nsync’s final record, Celebrity, released in 2001. Courtesy of Jive

“The youth, whom many of these brands try to appeal to, were born in the early 2000s. The interest is organic,” he says. “I often find myself completely interested and enamored by images from the decade (the 1970s) I was born in. There’s a sort of childhood connection that leaves an imprint on you; an inner nostalgia and curiosity.”

Whatever the reason, the truth is this: menswear, and fashion as a whole, will always look at the past for references for the future. In the 2010s, the 1990s played an influential role in the trends of that time. Popular 90s fashion trends like grunge skater aesthetics, the increased interest in streetwear, and reinvented gender codes in clothing echoed between both decades. According to Gartner, technological research and consulting firm, streetwear saw an estimated value of $309 billion following a significant increase in popularity in 2017.

“There’s a 20-year benchmark,” Philouze says.” At least, I think. When I started working for a major magazine in the 2010s, all the mood boards were filled with references in the 90s.”

But fashion moves ceaselessly and quickly. And, like all trends, the revived Y2K era will soon be a thing of the past. Already, we’ve seen a few hints to the return of the dapper dandy (though he certainly looks different than he did in 2010) as brands have introduced new forms of tailoring and brought back accessories like cummerbunds into their ready-to-wear lines. If there’s anything that the current craze for the Y2K trend tells us about menswear, it’s that everything old will eventually be made new again.

For guys who are interesting in Y2K menswear trends, we’ve included some photos for your Y2K menswear mood board below. 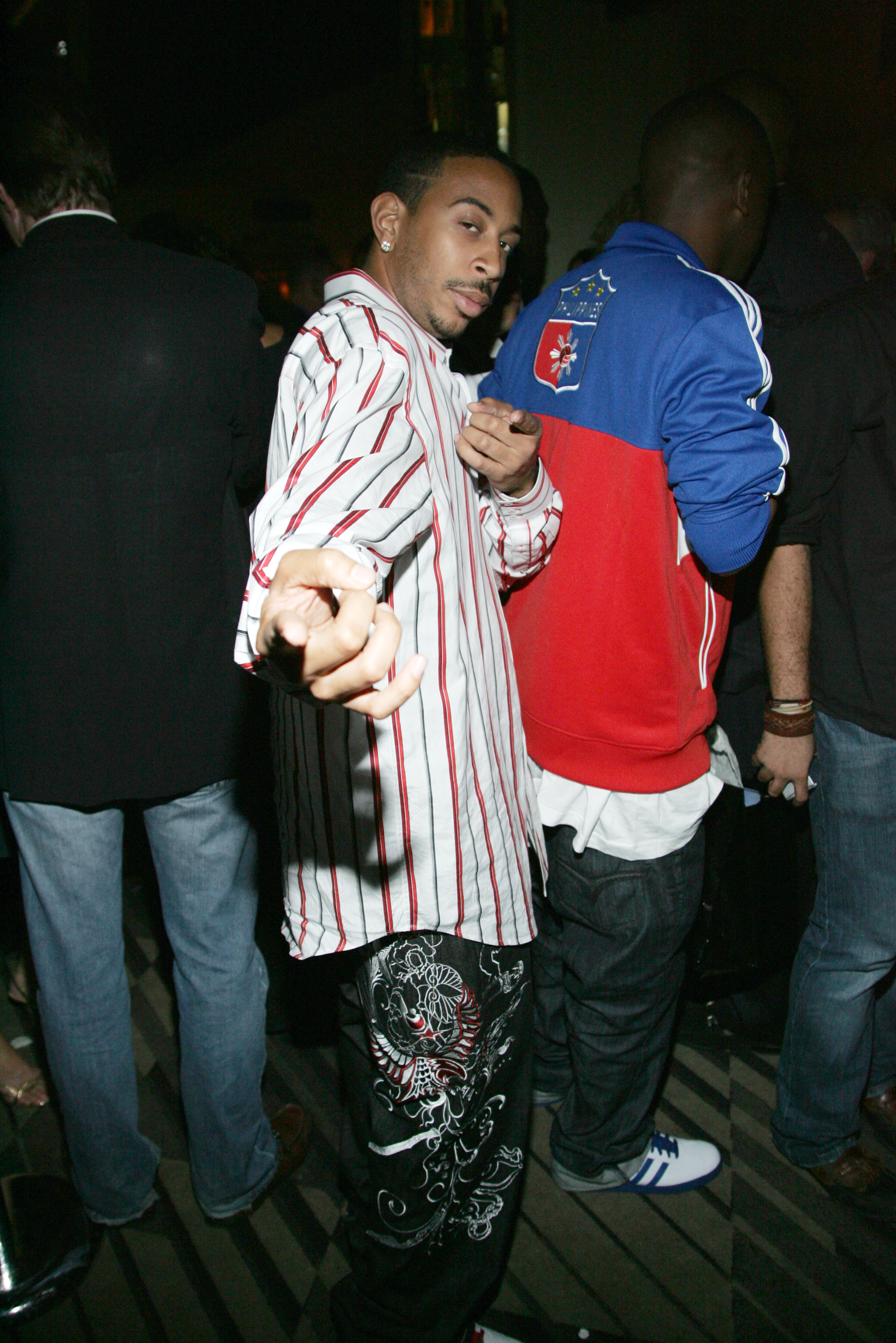 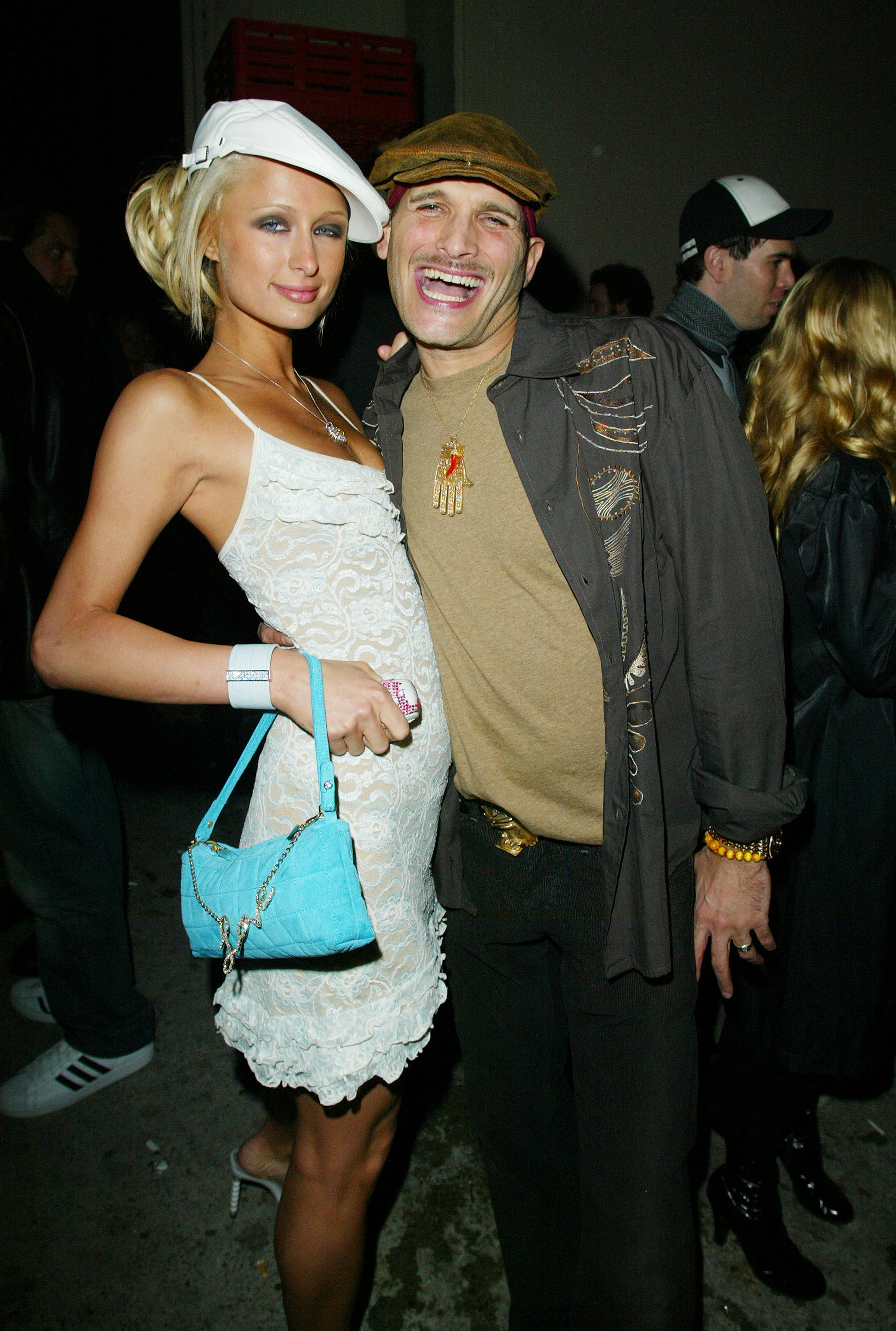 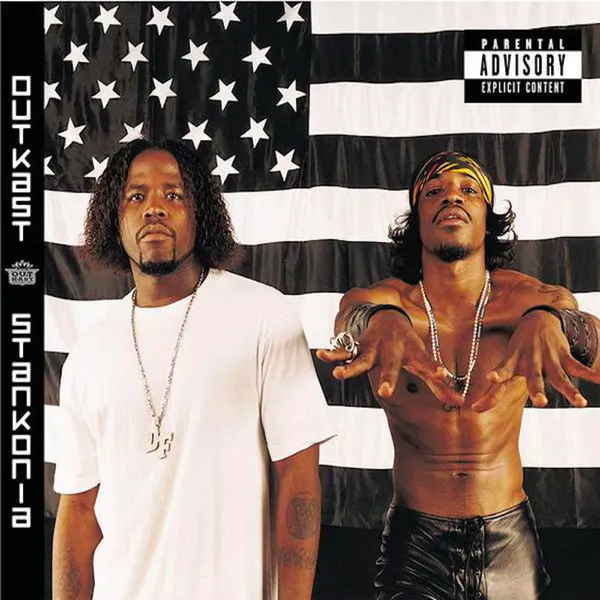 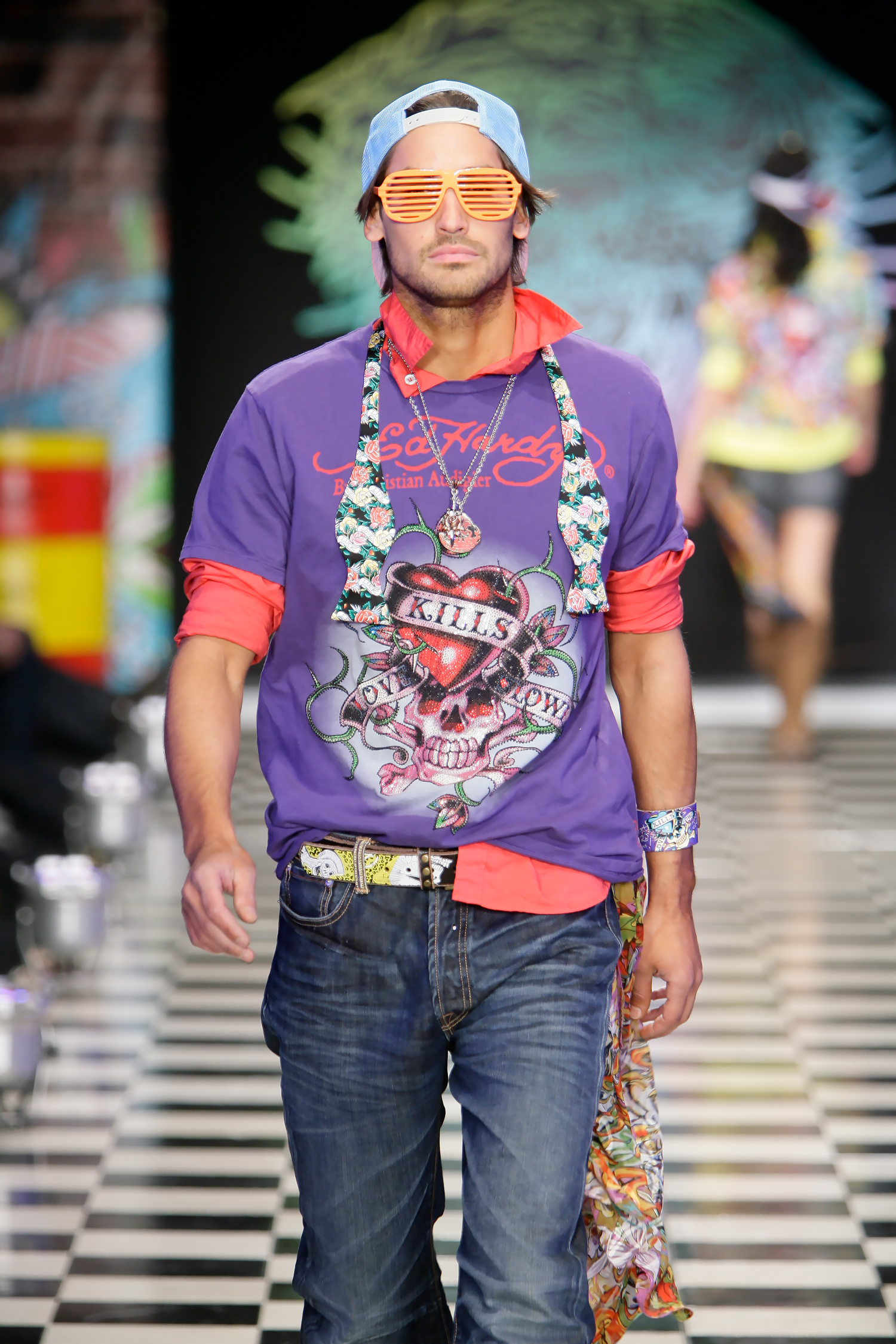 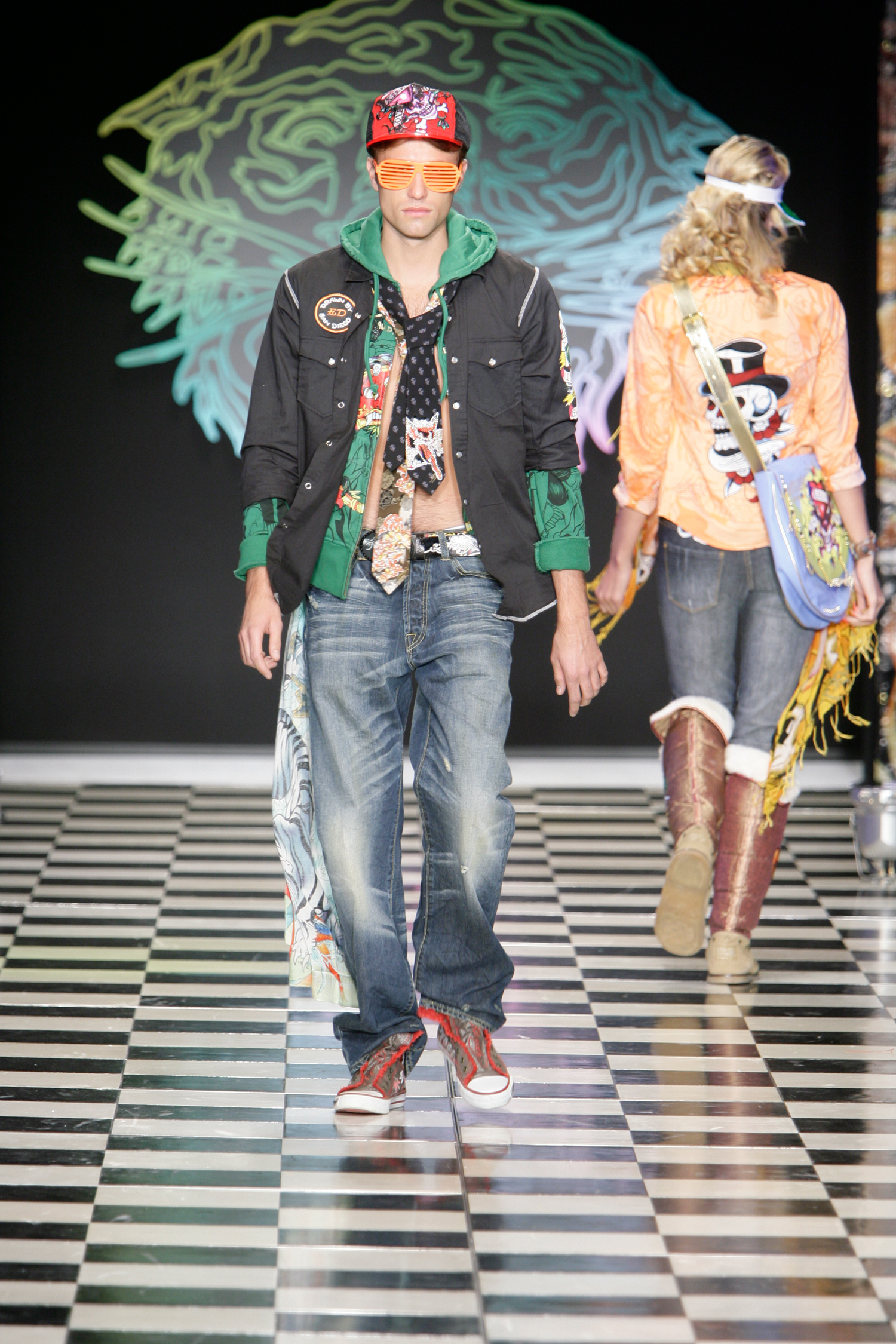 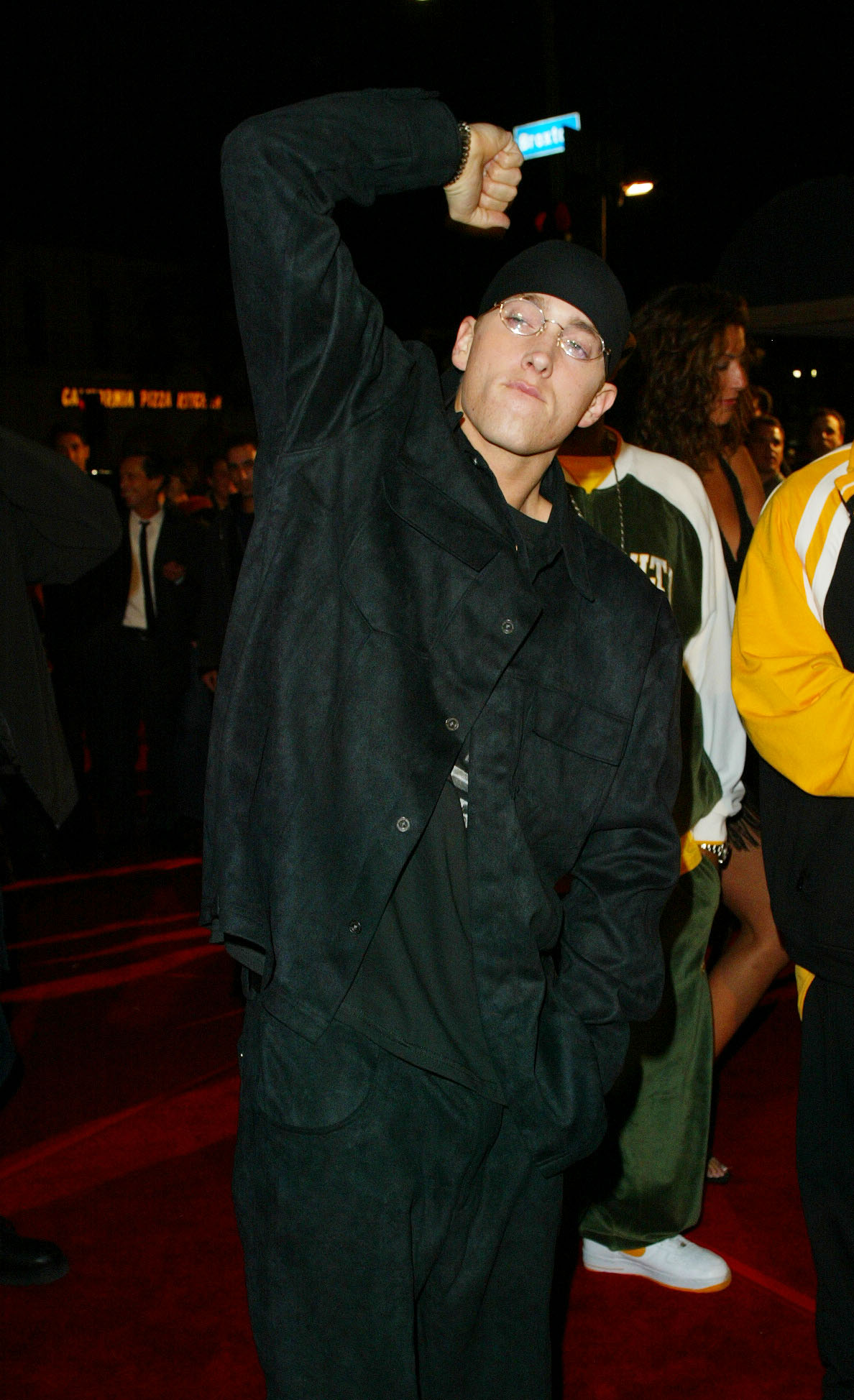 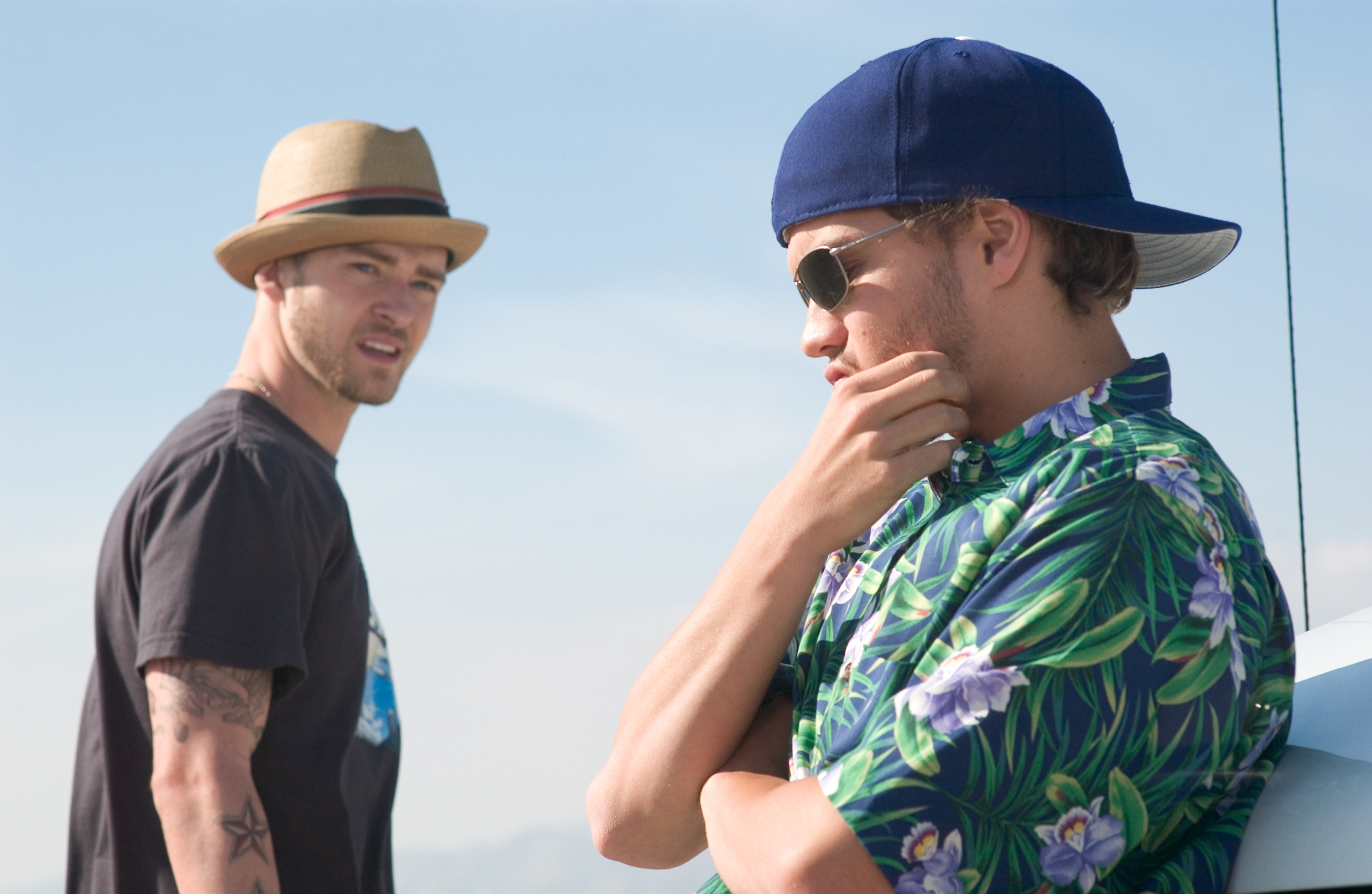 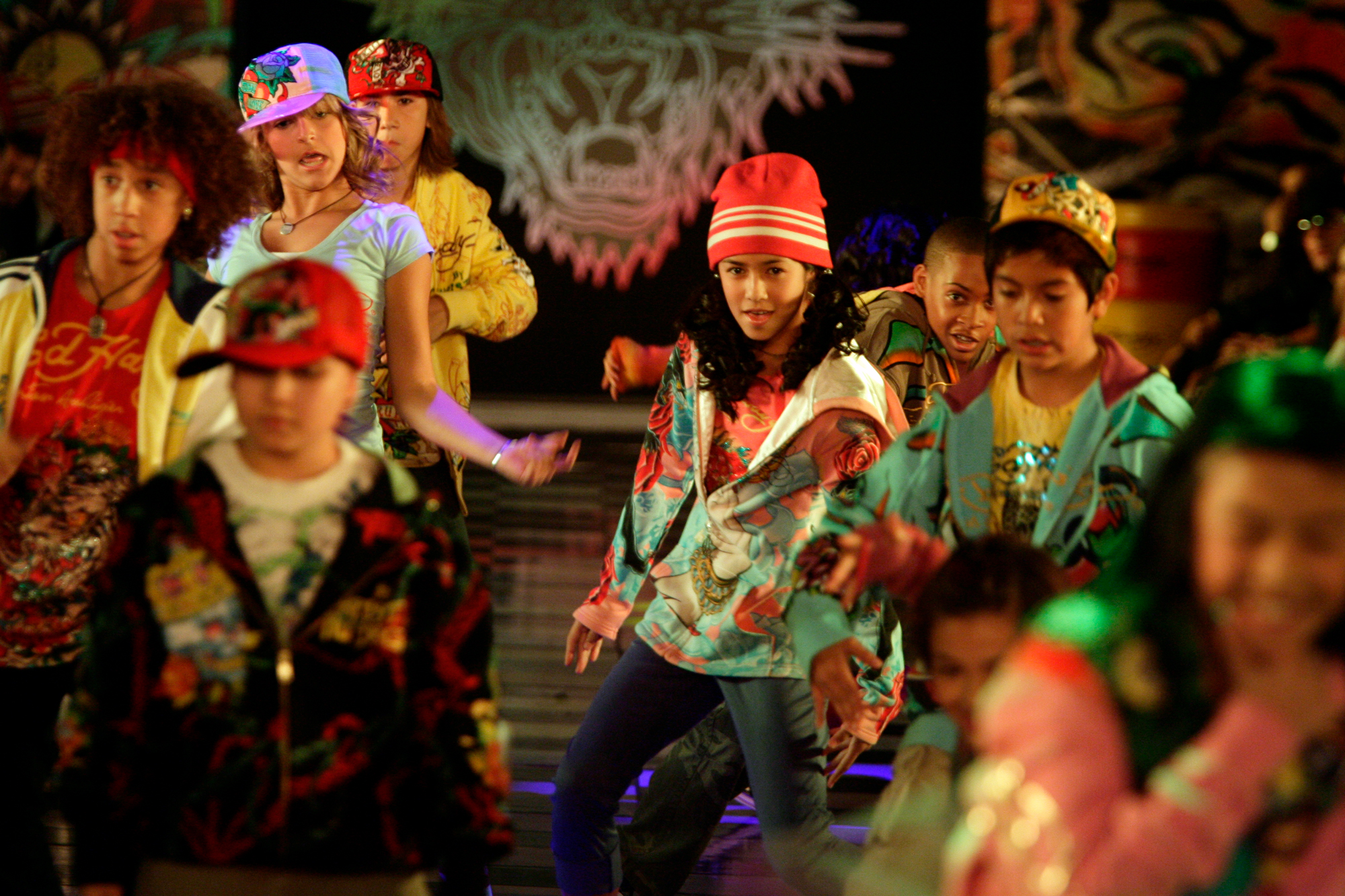 Dancers at an Ed Hardy fashion show in 2008. Giovanni Giannoni

Paris Hilton attends the opening of the club Ivar in Los Angeles in 2001. Fairchild Archive/Penske Media