Jennifer Lawrence was named the face of Dior at just 22 years old, back in 2012. Her five-year relationship with the French house has continued and evolved over the years, even with the new transition of artistic direction from Raf Simons to Maria Grazia Chiuri.

Lawrence famously wore a voluminous, Christian Dior gown to the Oscars when she won the award for best actress for her role in Silver Linings Playbook in 2013. Keeping up with tradition, Lawrence stars in both the pre-fall print campaign, lensed by Brigitte Lacombe, and in the newly-released campaign video, entitled “La Fille Américaine,” directed by Fabien Baron. 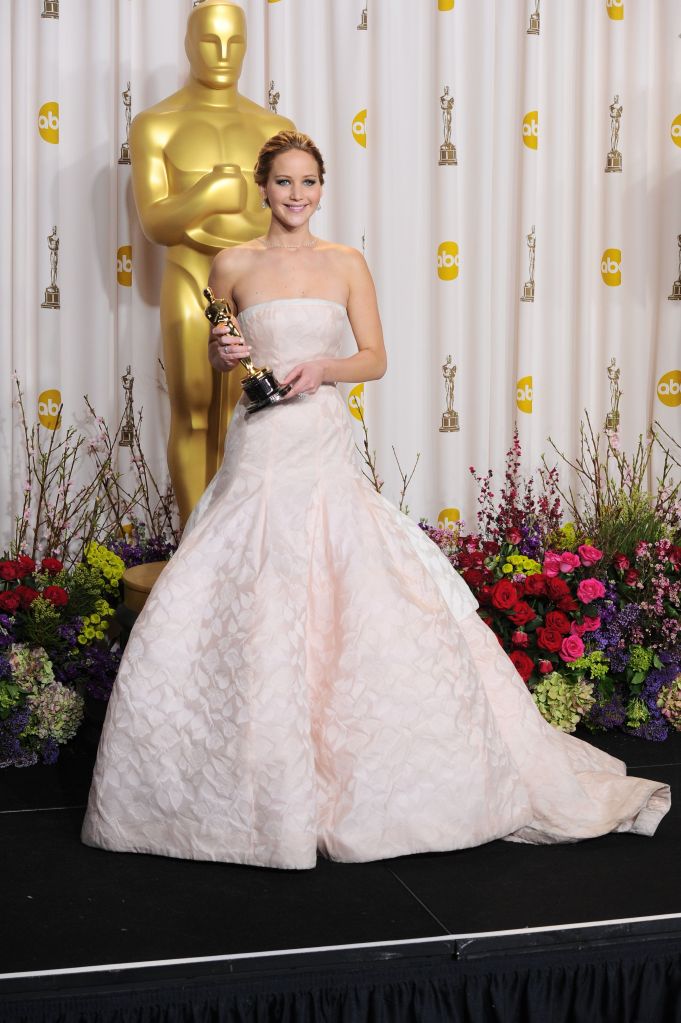 Dior has been no stranger to controversy during its colorful history, and the latest designer isn’t hesitant to use her designs to make a non-fashion statement and give the label a modernized twist. Chiuri’s debut collection at Dior was marked with a clear feminist message, which was emblazoned on her now infamous, “We Should All Be Feminists” T-shirt. Proceeds from the sales of the T-shirt went to charity.

Dior’s pre-fall, neo-noir film seems to carry this feminist message and the millennial-friendly update further along, and Lawrence is game to represent the transition, sporting the T-shirt in the campaign video.

In a behind-the-scenes video, Lawrence commented on wearing clothes designed by a female designer. “It’s a great experience,” she says in the footage. “It’s exciting to work with a woman photographer because, frankly, there aren’t very many,” says Lawrence on working with Lacombe for the latest campaign. “Whenever I think of a feminist, I think of a confident woman,” Lawrence says, as the video’s concludes.

Expect to see Lawrence promoting Dior’s apparel and accessories in accompanying print ads as well, slated to debut in the coming months.