Eco-friendly and sustainable footwear have become big business. As more and more people are concerned about the planet, fashion has listened and created innovative products to fulfill this burgeoning need. Johnny Footwear has done more than create a sustainable sneaker, they’ve also made it into a planter. No, it doesn’t grow a plant around your foot when you wear them, that would be weird. What they have done, is place a seed within the sneaker. When you’re done wearing these unisex shoes, that’s when they become a tree. 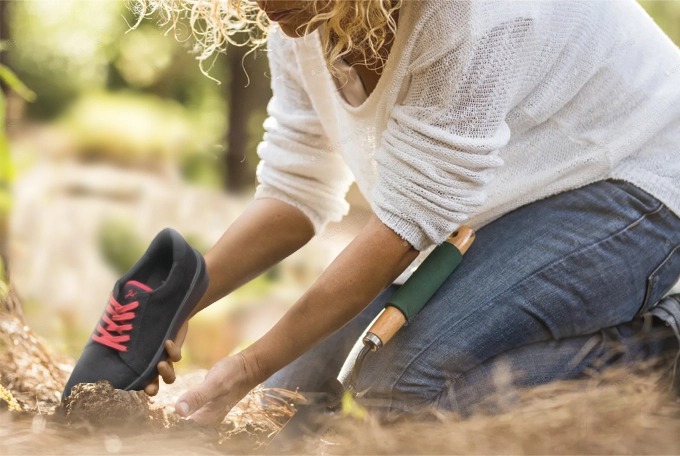 How Johnny Footwear Turns a Shoe into a Tree

How does Johnny Footwear turn a shoe into a tree? Placed in between the midsole and the outsole is a fertilizer casing that holds one apple seed. That seed is covered by a biodegradable seal. The latex rubber outsole, in fact every piece of the shoe, laces included, are biodegradable. Once the shoe is buried, all the shoe’s components start to decompose, and the seed finds root and grows. 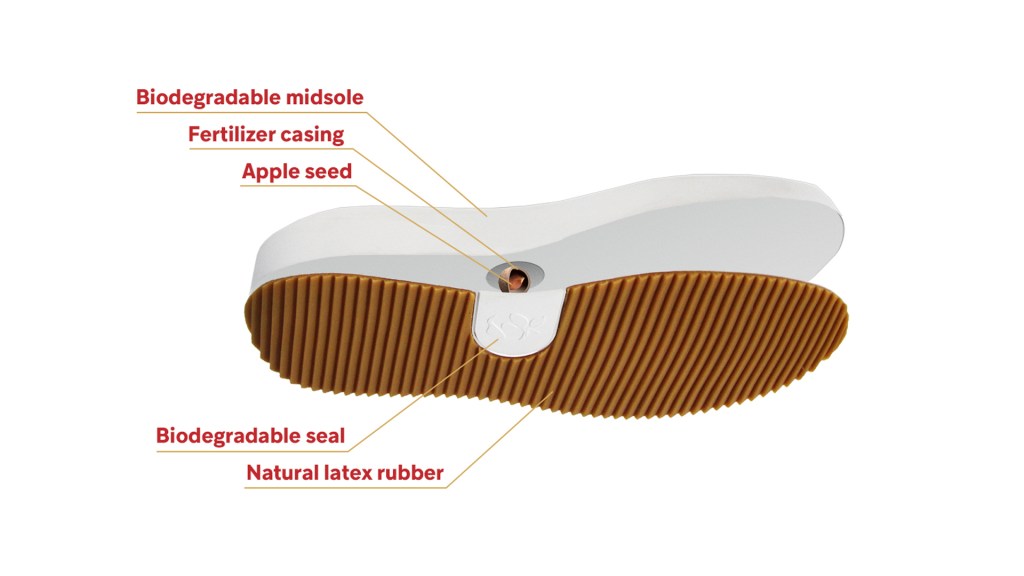 What about the rest of the shoe?

Luc Houle, the guy behind this revolutionary footwear brand, is a Canadian designer. Houle came up with the idea for Johnny Footwear after working as a shoe designer for several brands and eventually starting out on his own. In an article in The Sudbury Star, Houle stated, “I wanted to do something  myself, something that would actually help the environment, instead of just harming it.”

Houle teamed up with engineers hunting for something that would keep the shoe wearable no matter the condition, and by the time the shoe was ready to be retired, it would have a second life as a tree.

This smart-looking shoe has a beeswax coating that makes the shoe water-resistant. It has a cork insole that absorbs odor, wicks away moisture, and is also shock resistant. The more you wear the sneaker, the more the cork insole molds to your foot, giving you a custom fit. It’s designed with a cushy midsole, that is also feather-light. To add more comfort to the shoe, the heels are collapsible; you simply slip them on, and the back immediately pops back up. The upper is made with organic cotton, and as mentioned earlier, the outsole is made with natural latex rubber that provides traction. The entire shoe is then coated with a biodegradable compound so when the shoe is buried in the ground, it does its stuff. However, the compound only starts to work once it’s buried. They will not fall apart on your feet.

Johnny Footwear: The Colors and the Styles 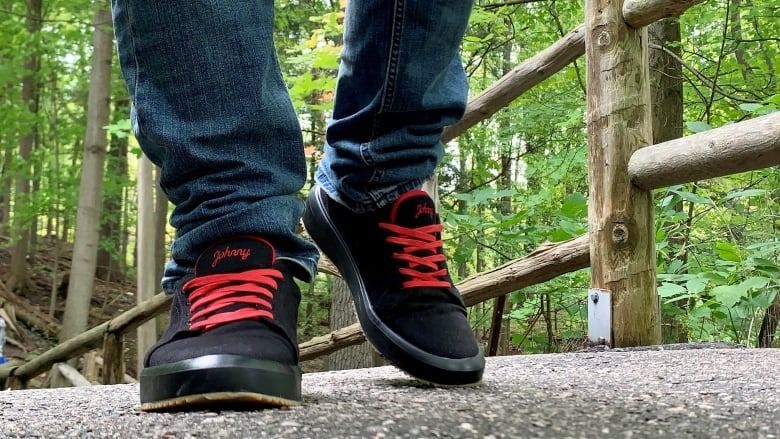 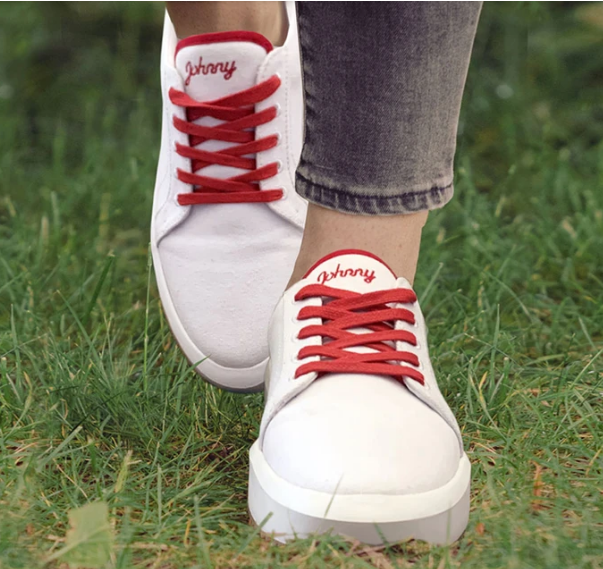 As mentioned earlier the shoe is unisex. Johnny Footwear’s debut style is the classic low top that has a tonal sidewall. Want a pair for yourself or give them as a gift, here are the deets: men’s sizes run from 7–13, and women’s sizes 6–12. They come in two colors: white or black, and both come with red laces and “Johnny” written in red on the shoe’s tongue. The sneakers are $107.00 and are available for pre-order now; they’ll ship out in August 2022. For every pair bought, the brand will plant a tree in its honor.

The Best White Sneakers for Every Sense of Style